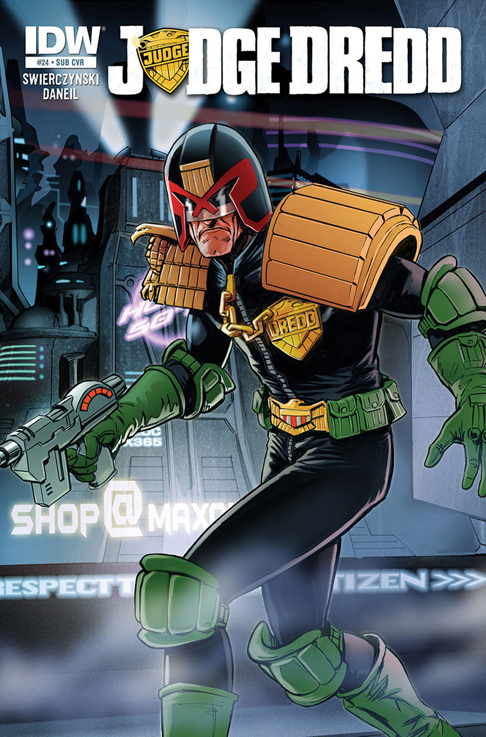 Here's John Charles' cool subscriber cover for issue 24 of IDW's on going Dredd series. It's a great image with an interesting backstory which John has been kind enough to share, he says "This piece was made over a year ago, and started life earlier than that, so it's difficult to detail exactly how I did it. It has been through several iterations though..."

"The earlier version was my starting point – trying to do a new 2000AD cover on spec. I think I 3D modelled the figure. Clearly a lot of work has gone into this, but ultimately I rejected it as the figure was dull and somewhat clumsy. As I recall this is where the background was first developed. Luckily, as it turns out, the figure was on different layers to the background. I actually rather like the more yellowy colour of the background here, but obviously decided to modify it in the later work. I've dummied in the logo to see how the cover would work with its design elements in place..." 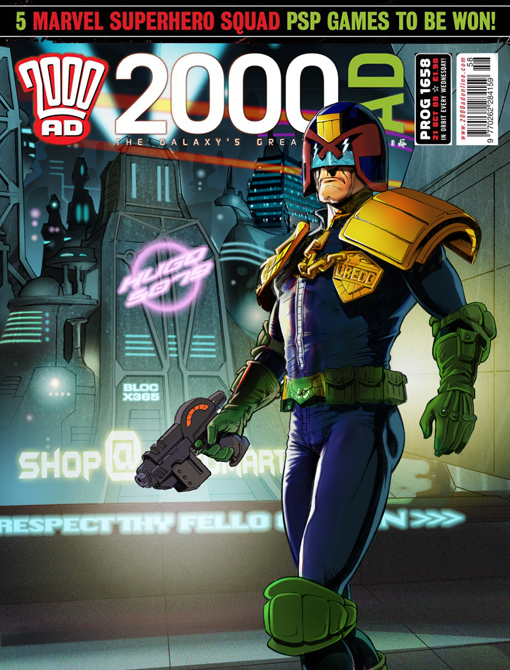 ﻿
﻿
Who watches the watchmen?﻿

"I drew a new Dredd figure to replace the dull one. There may have been a 3D model of this that I traced, but I can't remember. The line art is full of imperfections that I tidied up in Photoshop. Looking at it now, I slightly feel that the legs are too long, but, hey ho... I made loads of fixes in the layered Photoshop file, like rotating his kneepad, adding in his badge and chain and generally colouring the art." 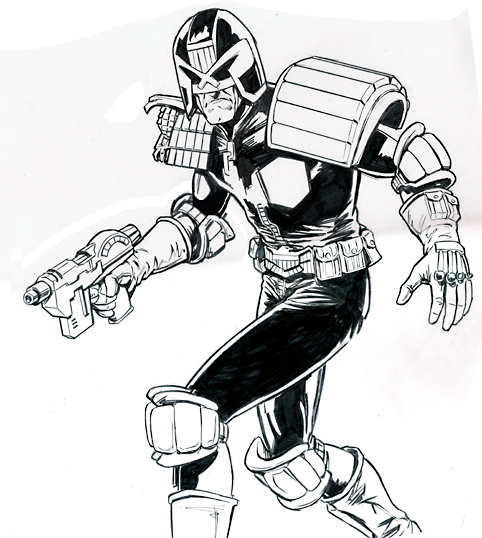 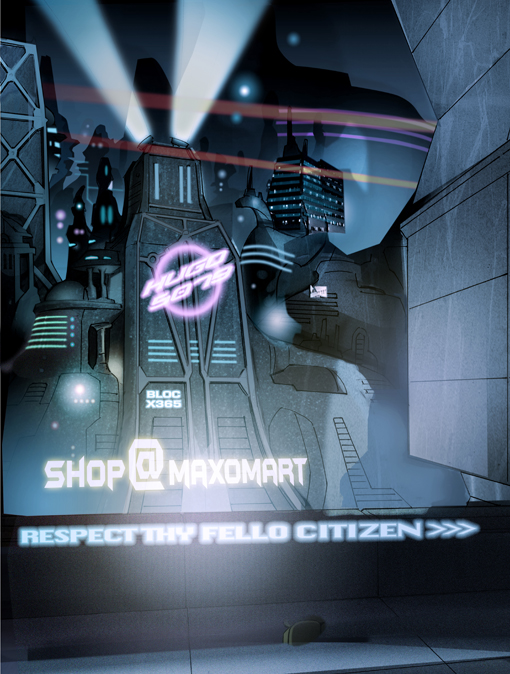 ﻿
"Respect thy fello citizen!" I wonder if Marlon Shakespeare wrote that?﻿

"At some point, prior to publication, I started using the background in a piece of personal work – my own character : Technofreak. This was meant to be the cover for issue 1 of three 24 page comics. Somehow, I doubt they'll ever get done. There's just so much work involved. I have pared down my ambitions for the character and am currently working on a six-pager featuring him; far more achievable."

I hope we do see him as this visual is great! 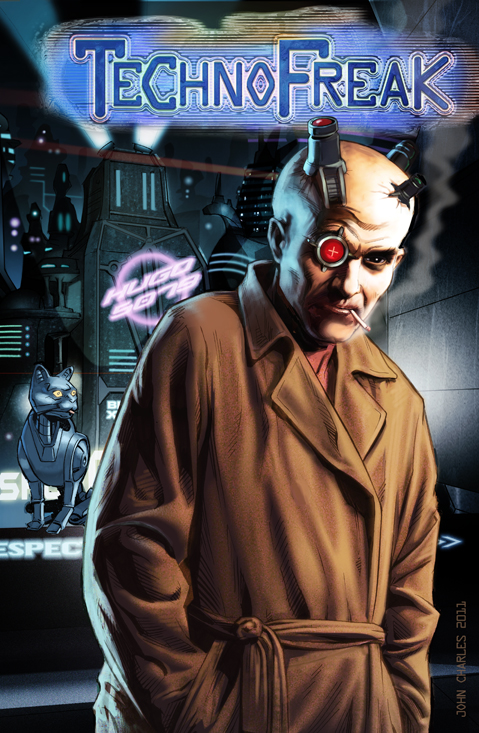 "I originally submitted the finished cover to 2000AD, but it wasn't taken on. Later, when IDW started publishing Dredd comics, I submitted it to editor Chris Ryall, who presumably did think it worthy of publication and bought it from me. Result!"

A result indeed as we get to finally see this fab Dredd image!

Huuuge thanks to John for sending the images and breakdown. You can see more of his work here!
Posted by Pete Wells at 14:38