Simon Davis - Revenge of the Cyth! 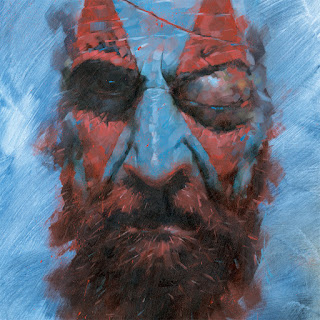 You should see the other guy! The warped one comes crashing back in Prog 1979 as he fights for his life against childhood friend turned manic, Gort.
Simon Davis paints this stunning, yet painful looking cover ﻿to herald the return of the fan favourite series. Below we see his very cool watercolour sketch... 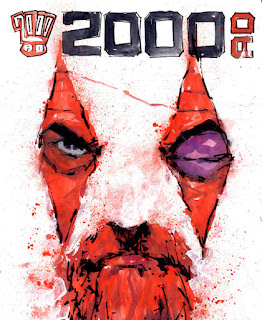 Turin Breaks?
Which, of course, led to his fully painted masterpiece as seen below...

"Please don't talk about me one eyes gone..."

And here's how the Prog looks on your shelf, glorious! 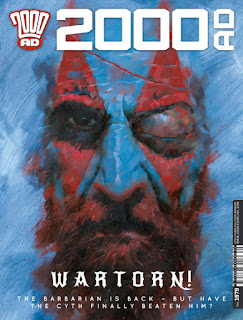 The whupped warror!
Huuuuuge thanks to Simon for sending me the sketch, a true gent!﻿
﻿
﻿
Posted by Pete Wells at 01:51 No comments: 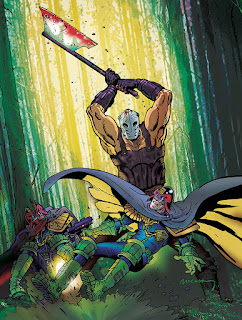 This weeks' 2000AD cover features mutants, a radioactive wasteland and balls to the wall action. Who would be the perfect choice to illustrate that...? Well, none other than 2000AD legend and Mad Max co-writer and designer Bendan McCarthy!

Since his work last graced the prog, Brendan has seen his triumphant Mad Max scoop SIX Academy Awards as well as a host of prestigious awards. He has also had his extremely McCarthy-esque creator owned comic series Dream Gang serialised by Dark Horse. More on that later...

An inspired choice for this weeks' cover, McCarthy brings Dredd's first meeting with the terrifying mutant Thorn to life with his usual digidelic palate! Below we can see his cover sketch... 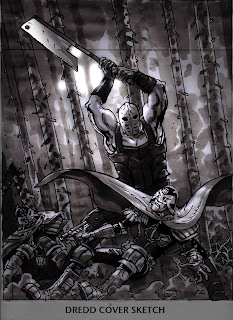 As well as his awesome finished version. I adore the colours on this, absolutely mesmerising!

﻿
A Thorn in Dredd's side...
Brendan generously sent a host of other files too, starting with this glorious Dredd commission titled "Dredd and Friends" simply amazing!!!" 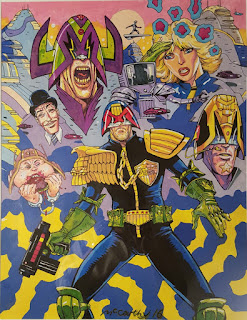 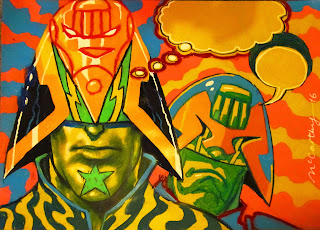 ﻿
Dredd was unsure about Judge Armour's taste in wallpaper... 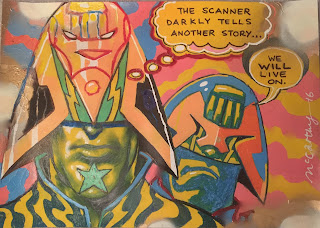 Brendan also included this zarjaz sketch for a Mad Max/Dredd pin up, maaan, I'd love to see this fully realised! 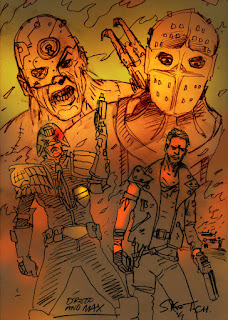 Mad Max and Mean Machine. I want to see that meeting!
EDIT - Brendan sent an image of the finished piece as did my lovely mate Mick Cassidy, the lucky git that owns the piece!

While we're talking Mad Max, PLEASE take the time to visit Brendan's site at http://artbrendan.com/, there are some absolutely dazzling images on there, like this bugger... 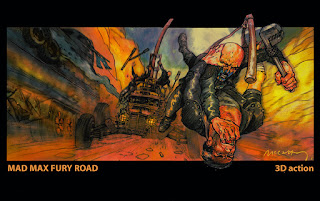 ﻿
I hope he washed his hands after going to the lavvy.
Brendan also sent his IDW covers from 2013 which saw him paying homage to some legendary comic covers of old. You can read my article on them here... 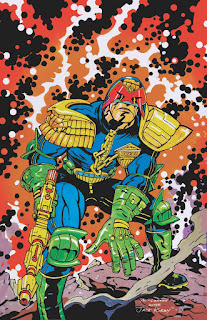 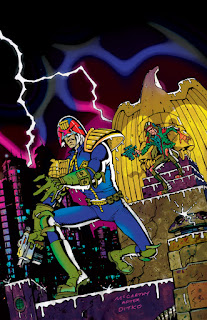 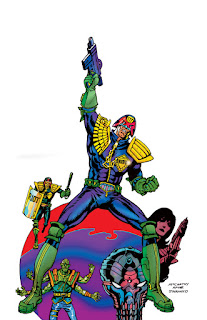 Captain Megacity-One!
And back to Dream Gang, which is being released as a graphic novel by Dark Horse in July. The story takes place in other people's dreams as a group of 'dream voyagers' battle a dark conspiracy! Written and illustrated by Brendan, you know you're in for a treat! 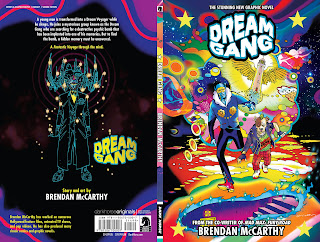 Flying lighthouse? Check! Dog in trousers? Check! Psychedelic lunacy? Check! Just another day in Brendan's imagination!
EDIT - Brendan also reminded me that the TPB of Sooner or Later comes out this week! This volume collects a bunch of stories written by Peter Milligan and illustrated by Brendan. These include, of course, Sooner or Later and it's sequel Swifty's Return as well as a couple of stand alone stories by this crazily creative team and some interviews. 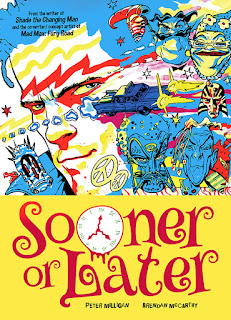 "You know it mocks sense!"﻿

And here's how the cover of Prog 1975 looks at your local thrill merchant - glorious! 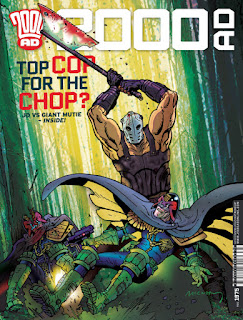 "Oh Joe, I've got a splitting headache!"
A HUUUUGE thank you to Brendan for sending the goodies, we are not worthy! Be sure to check out his wonderful site and buy a copy of Dream Gang in the summer!
﻿
Posted by Pete Wells at 14:37 1 comment: