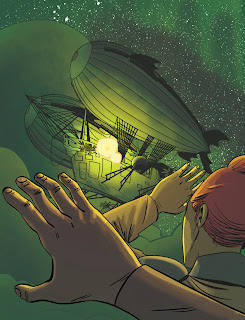 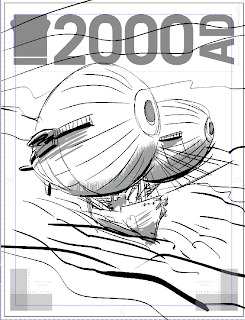 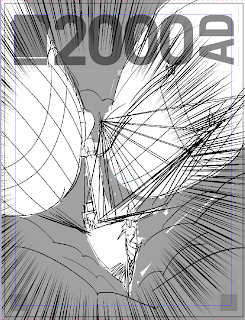 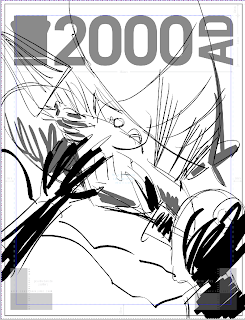 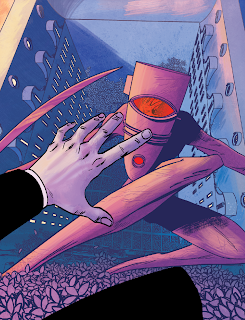 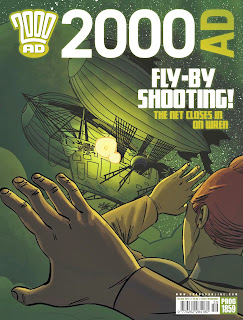 Twin Zeppelin sized thanks to Ian for sending the images for this visual treat! Check out his blog here!
Posted by Pete Wells at 13:32 No comments: 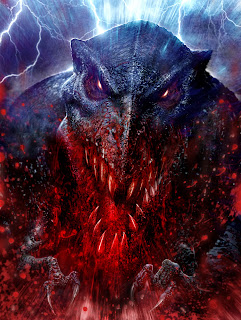 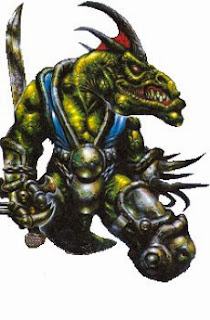 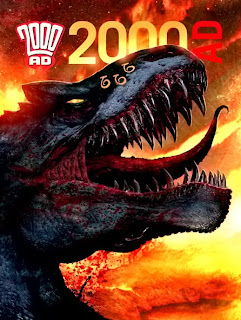 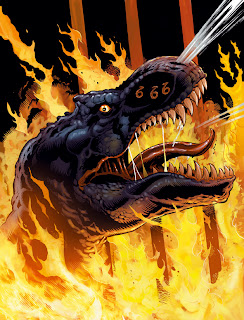 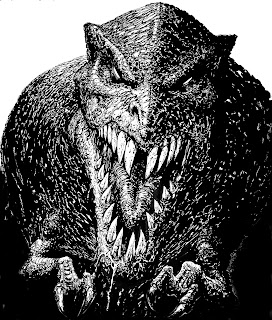 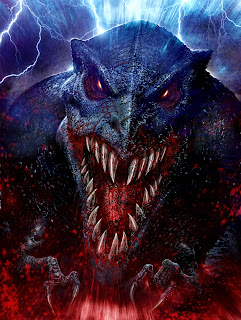 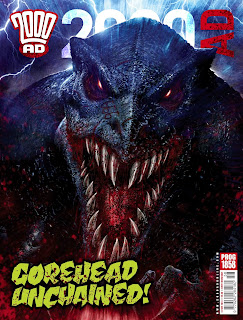 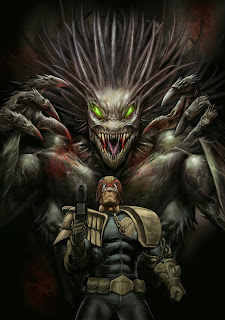 It's behiiiiiind you! So how's this for a brilliant cover from Karl Richardson? I love it! Certainly a contender for cover of the year (coming soon folks1) for me! The cover features the terrifying Scrall from the excellent Dredd tale Prey. Below we see Karl's first idea for the cover - Dredd refected in the eyes of the beast... 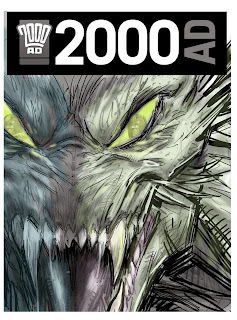 I spy with my little eye...

Next the chosen idea... 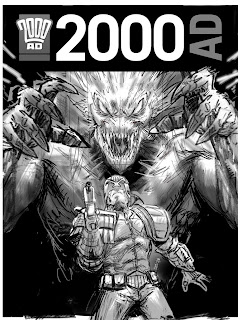 Finally, here's how the prog looks on the shelf, lovely and striking! 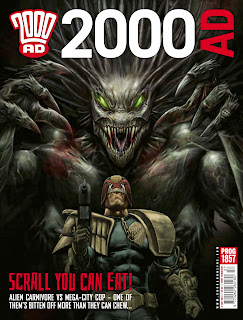 This weeks' cover by Skrall Richardson

Huge, huge thanks to Karl for sending the images, they're brilliant, as is his work on the strip!
Posted by Pete Wells at 11:29 No comments: 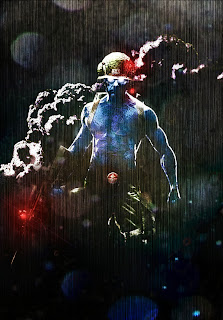 Congratulations to 2000AD Messageboarder Mo Ali who won September's art competition with the striking Rogue Trooper image above! The theme of the compo was Gerry Finley-Day, with several Rogue, Fiends, VC and Ant inspired entries! As ever, this blog features the creative talents of the winner so here is Mo to tell you more about the creation of his entry:

"Rogue Trooper is a visually striking character, and of Gerry Finley-Day's work it is one of my favourites."

"So then, there's many different ways I approach doing any piece of artwork, usually more planning and prep time is involved in terms of conceptualising the idea, but with this I found out about the art competition a little close to the deadline, so I fell back on some tricks and techniques I've learnt over the years, using image referencing and photo-manipulation, along with traditional illustration."

"The initial reference I used for my base idea was this computer game version of the character:" 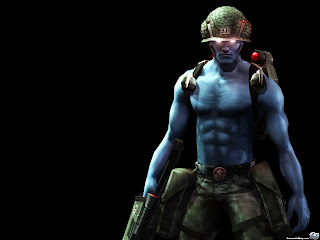 "I took the character's general posture from this - though having to adapt it so it looked more dynamic and real-world, as well as using bits in the final piece."

"From here on out it was a case of finding the right sort of pieces (a nose here, a leg there...) from various photographic images I sourced, until I was happy with the Frankenstein's Monster-like result. With this rough jigsaw assembled I then began the process of mixing and merging - adding shadow and texture and 'filling in the gaps' essentially, illustrating over the seams until the composition looked cohesive and whole."

"Once happy I then added billowing smoke in the background for a visual point of reference (otherwise Rogue would just be standing in black emptiness) as well as highlights and lighting - from this stage on I tend to experiment and let a sort of instinct take over, adding colours, light and filters or taking away and reducing the piece, refining the art until there's a certain atmosphere and mood to everything. "

"The rain and lens-flare effects were the last bits to be overlayed, and were a nice accident as I hadn't thought about adding these when I began - an example of why experimenting can be a good thing."

"My intent was that the final artwork looked 'hyper-real', a part-filmic and part-comicbook cover."

We sure do Mo! Thanks for the insight fella and congratulations! Be sure to enter this months' art comp here, this month the theme is 'Spin Offs' and will be judge by the one and only Brian Bolland!
Posted by Pete Wells at 13:47 No comments: