Alex Ronald - Lawd of the Rants! Digital maestro Alex Ronald absolutely knocks it out of the park again with this brilliant, brilliant cover for Prog 1897. Of course, the image shows the nasty bastard Lawlords who have finally made their move on Mega-City One, nob heads.
This cover is SO good that Clint Langley got in touch to say "I would like to say a piece regarding Alex Ronald's cover which I think is incredible! I would be privileged to praise this incredible work. I was blown away by this cover, it is an amazing work which should be shown a lot of respect as it is quite brilliant!" Preaching to the coverted there Clint, but it's great to see an artist praising another artists work!
Over to Alex to tell us more...
"Here was the brief from Tharg: "The return of the Lawlords - alien villains Dredd encountered in the story 'Lawcon' years ago. They appear on a big screen in MC-1 so I was thinking of a big shot of the screen showing the Lawlord's face, with some cityscape elements around it?"

"Tharg supplied lots of reference from the original story LawCon plus Paul Marshall's reveal shot from Cascade. I'd missed LawCon at it's original release (2002?) so tracked down the Meg issues and read it over to get a handle on who these villains were." 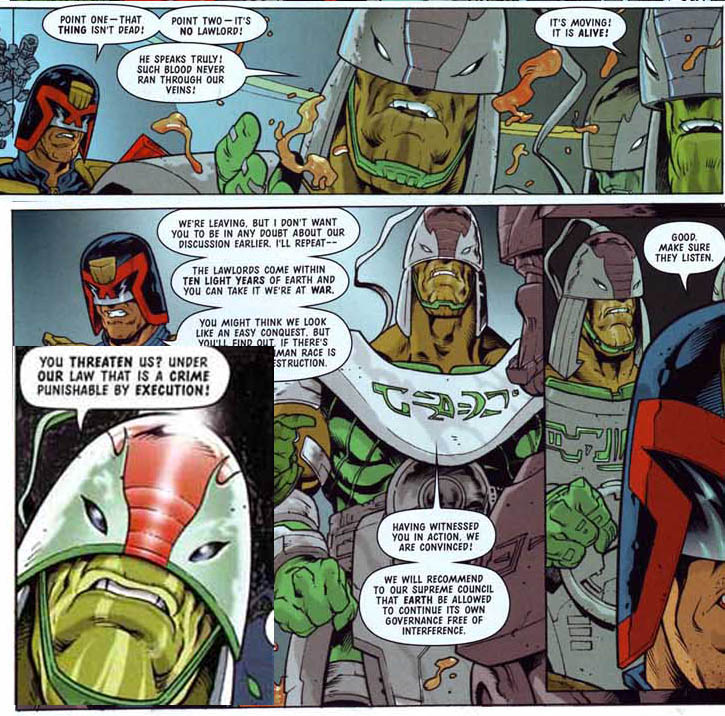 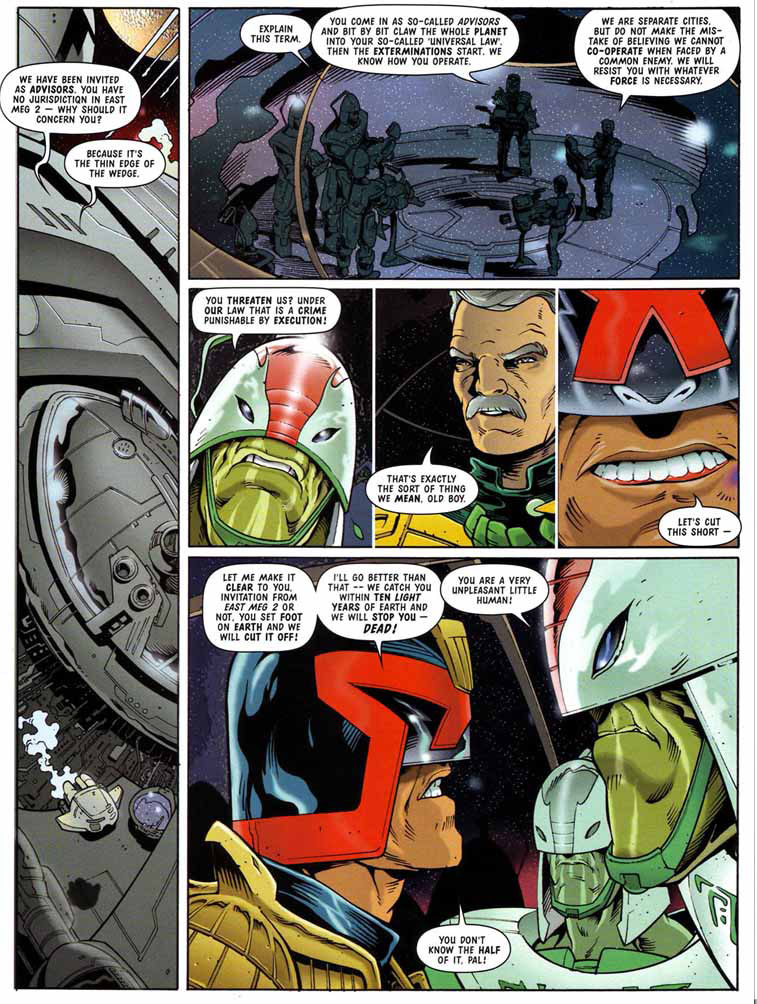 Yuck! That Law Lord has a very heavy cold. Someone pass him a tissue... 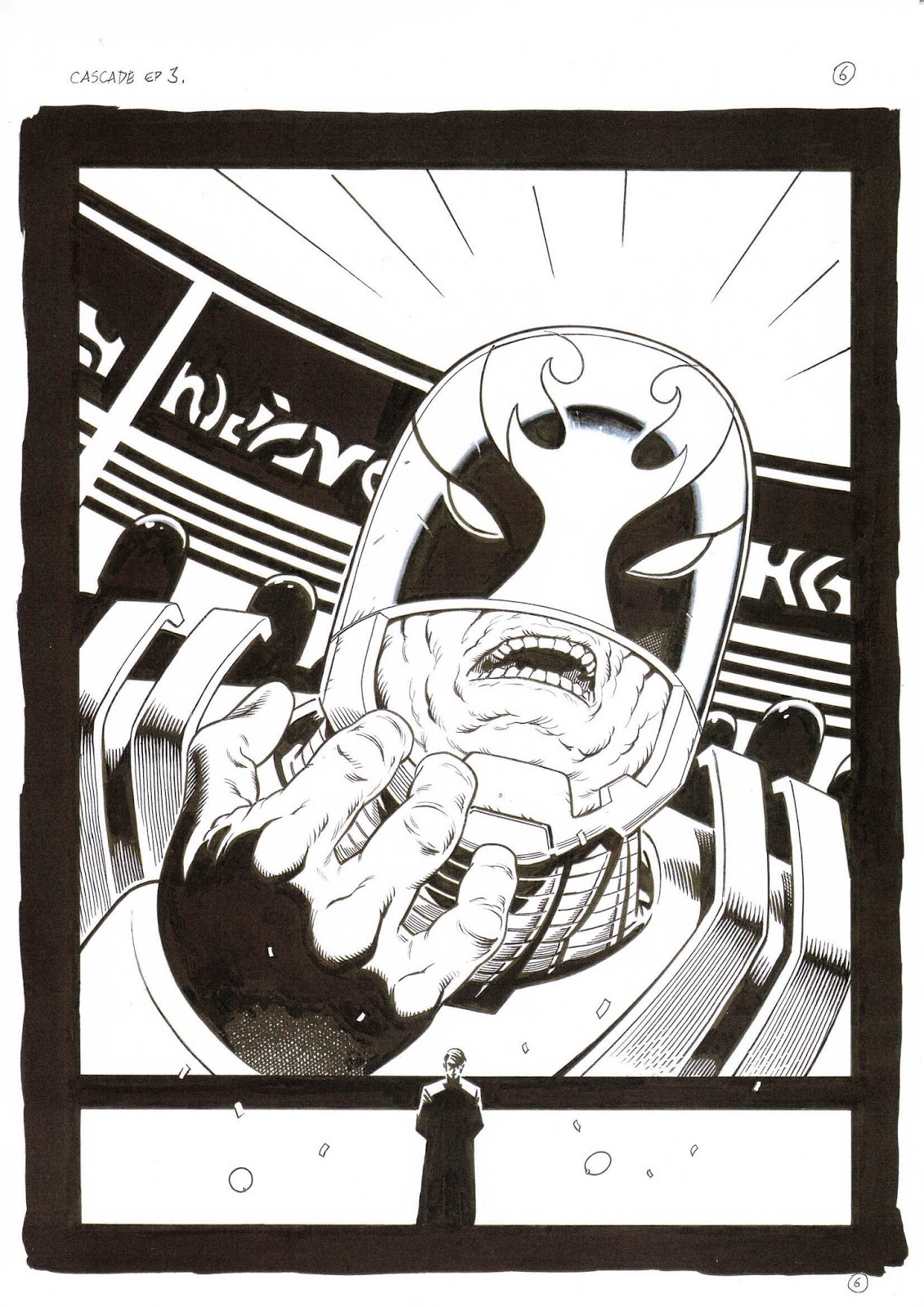 
"Initially I was struggling with how to make this look dramatic. I was dealing with an image on a flat screen and I was worried that the whole image was in danger of looking a bit 'flat' "
"My first B/W rough used a large flat screen and right enough I just wasn't buying it. I looked to Blade Runner for some ideas but although the huge building screen has some nice perspective on it, it's not the focal point of the image." 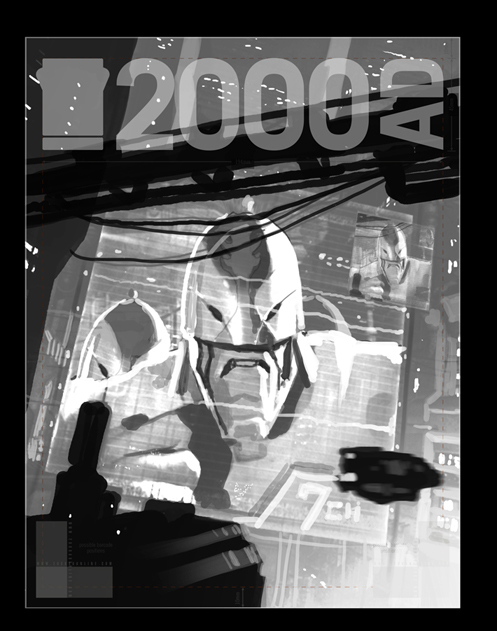 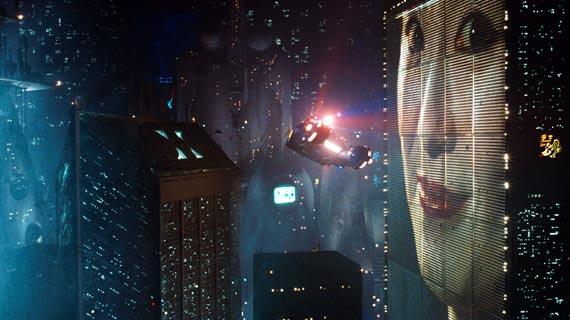 ﻿
Speed cameras of the future.
"The penny dropped when I was looking through some images of neon signs and saw Piccadilly Circus. That was it. Stick the screen on a curved building with a low angle looking up. Nothing's flat lots of perspective , job done :)" 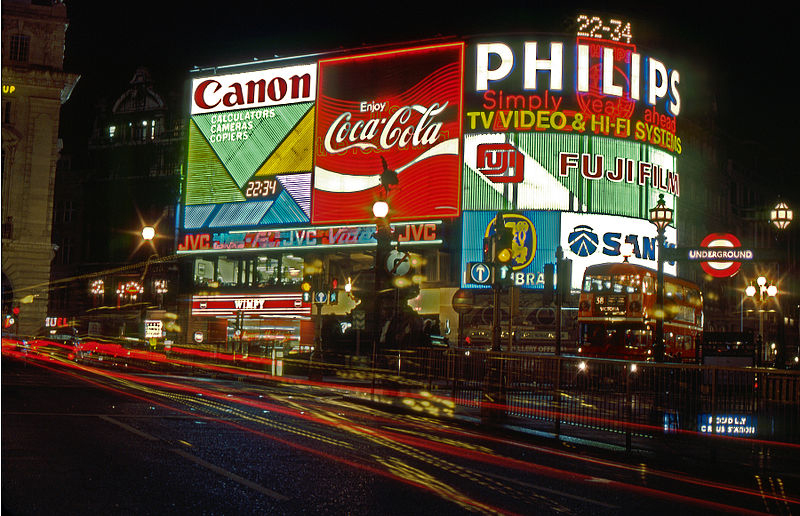 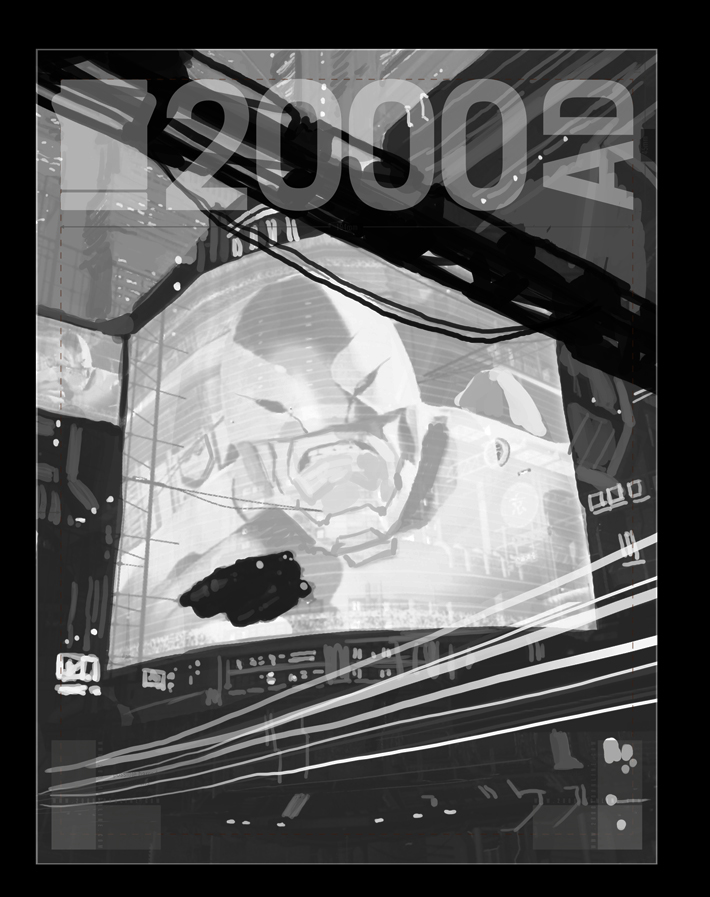 Ooooh, those curved screens make you pile the pounds on...
﻿

"I approached this cover as two separate paintings, the TV screen image and the city environment.
First of all I composed the city scene in 3D using customised pieces and pre existing blocks.
The screen was just a large curved polygon with a UV map so that any image applied to it would appear on the video as a display." 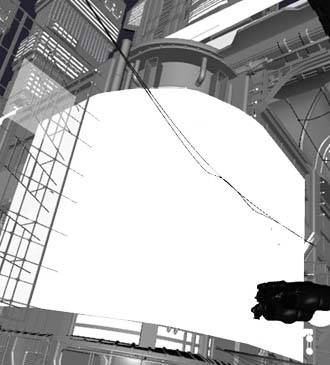 ﻿
Bah, the telly's on the blink again.

"The Lawlords were sculpted in Z Brush based on Paul Marshall and Richard Elson's art. The helmet crease lines (which feature in the art) were exaggerated slightly so that it would catch the light more.
I saw these bullet shaped helmets as highly polished, almost chrome like and tried to convey that as best as possible. I kept thinking that these aliens looked very like the super hero Action Man figure from the 70's..." 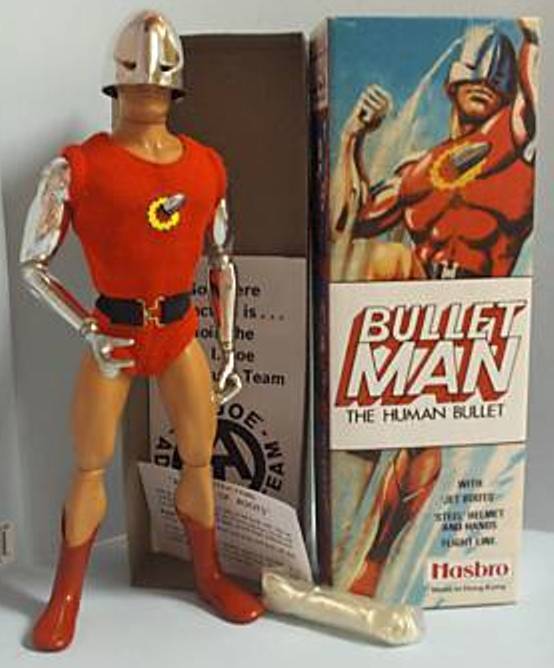 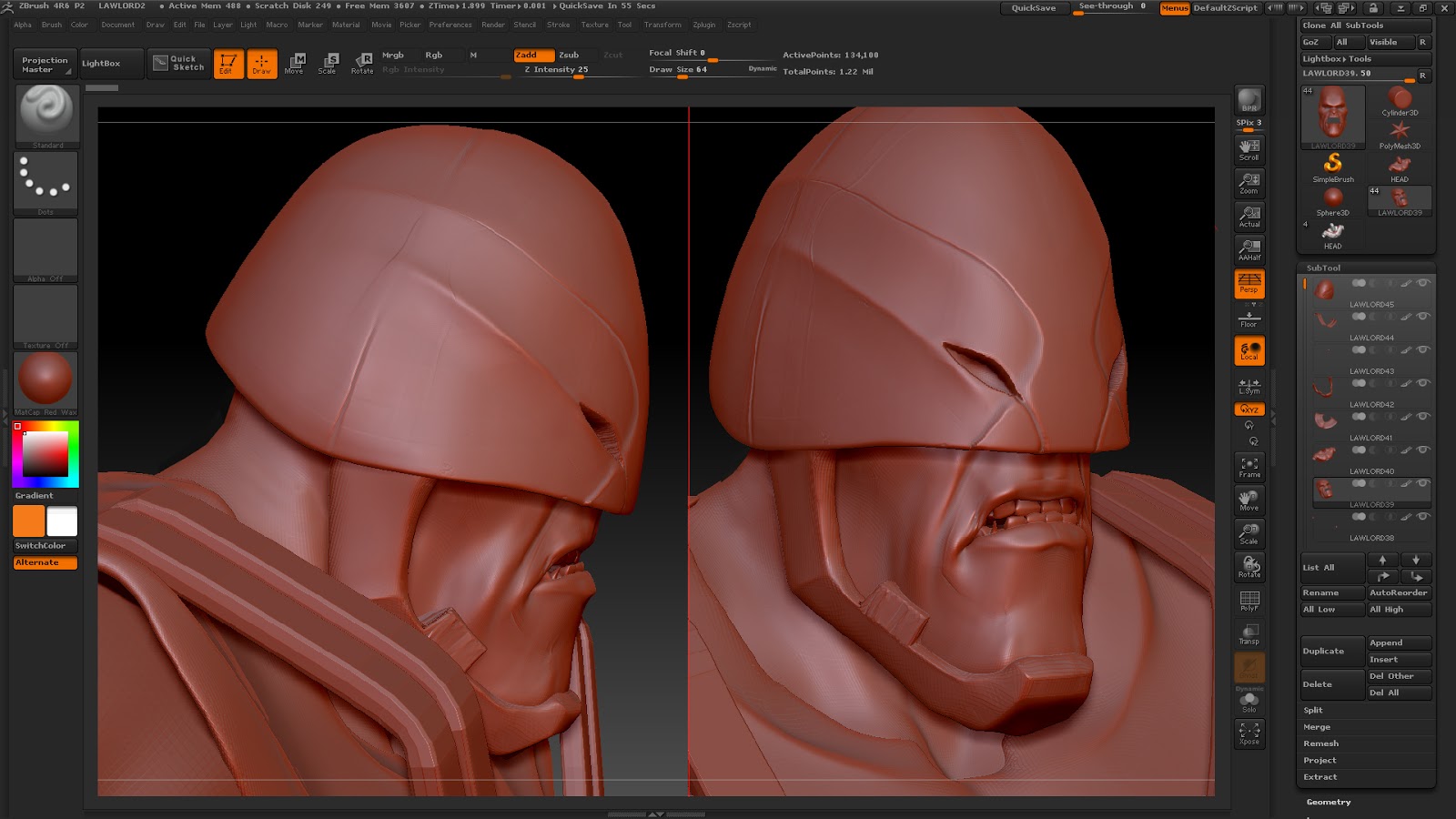 "The TV image was painted up and then I applied some pre-existing overlays, complete with scan lines and interference bands which hopefully give the whole thing a video display look."

"The video display was then applied to the large screen in the city set. The last part of the 3D process was to export the foreground, middle and background elements as flats into Photoshop. After a few hours of painting texture, shadow and applying lots of lighting overlays the image is pretty much there..." 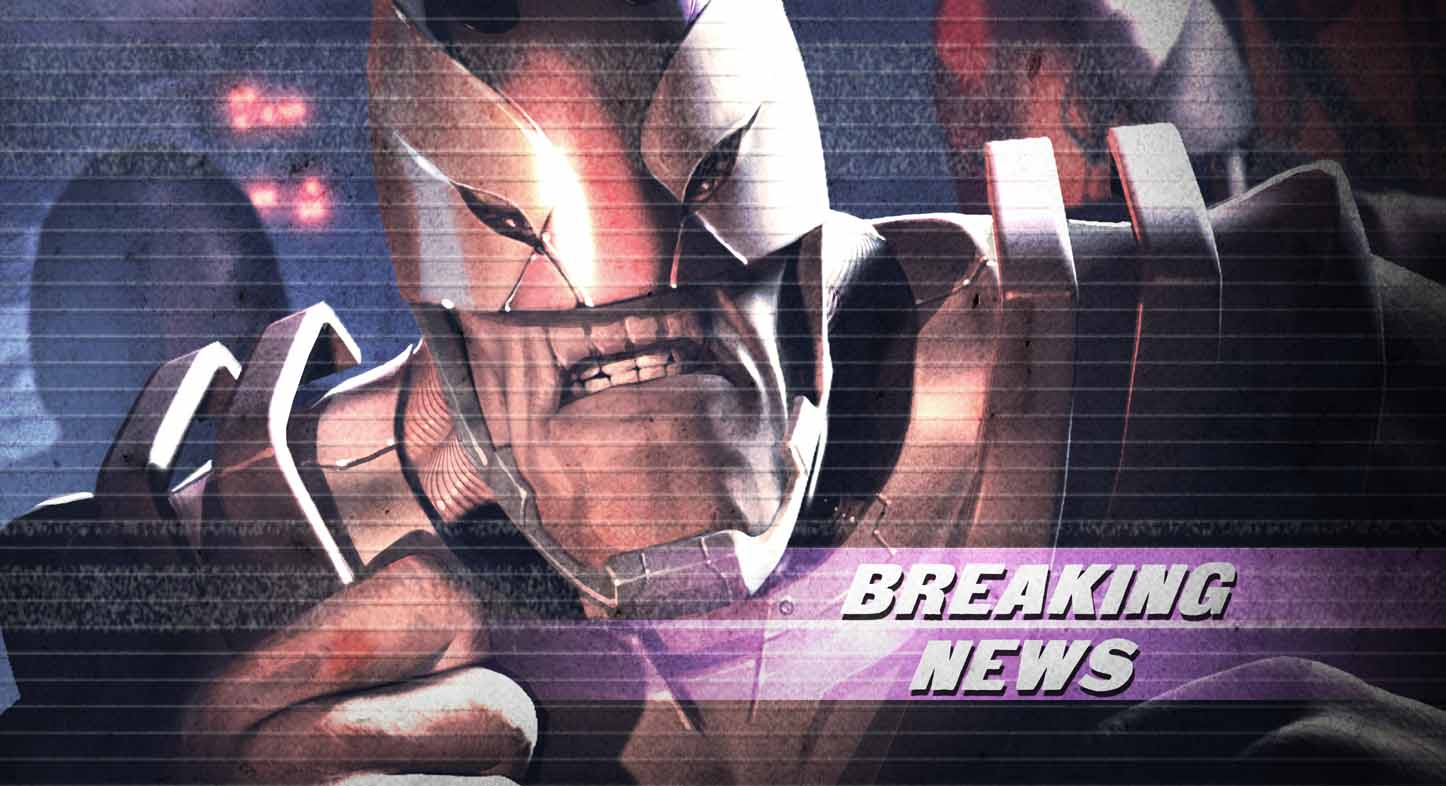 We absolutely LOVE it Alex, universal praise from everyone who's seen it!

If you like Alex's work, then please rush out and buy this month's Heavy Metal Magazine (issue 270) as it features Alex's brilliant graphic novel 'Vampire Vixens of the Wehrmacht.' If you haven't already read it, I can promise it's one of the best comics you could ever read! 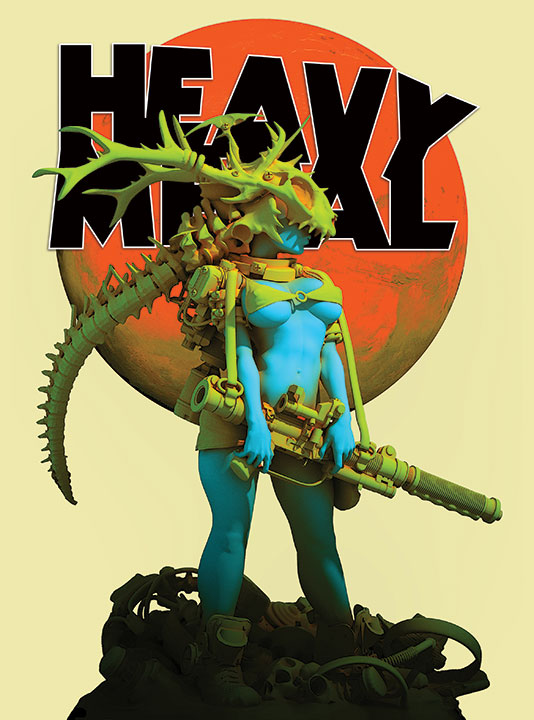 Below we can see the printed version of the cover which features a dramatic Speech Bubble, extra points to Tharg! 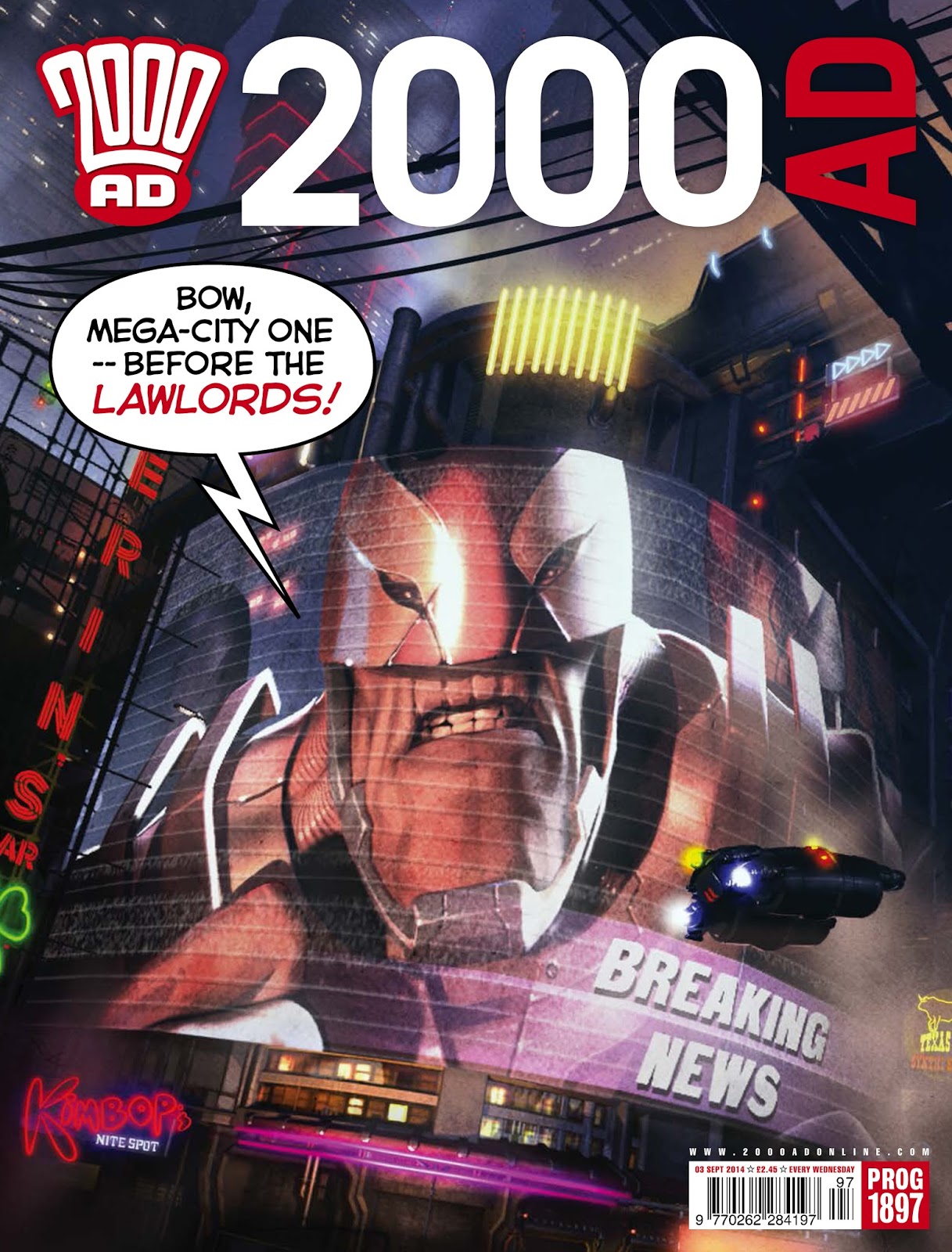 Those poor cits pay their TRI-D licence for that!?!
Massive thanks to Alex for sending the images and fascinating blurb. Here's hoping we get another visual treat from him soon!﻿
Posted by Pete Wells at 16:18