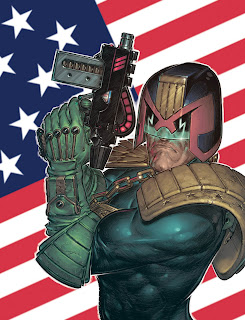 Apologies straight away for that awful pun, but as it's Halloween, I thought I'd present a Boo Cook special! Boo is a fantastic artist who's off the wall imagination and amazingly vibrant colours are always guaranteed to absolutely blow me away!

As with most 2000AD artists, Boo earned his stripes illustrating the obligatory Tharg's Future Shocks, getting his first one under his belt in August of 2000. After impressing the fan base with his imaginative layouts and exotic aliens, he was given a three part ABC Warriors strip before teaming up with writer Rob Williams to produce the political strip Asylum.

The tale followed Marshall Holt, an alien hunter who's job it was to track down illegal immigrants trying to enter Earth. Holt was stationed on a lunar platform tethered to Earth, where any alien refugees would be processed before being granted entry to the planet. As with many of his Future Shocks, this gave Boo a chance to cut loose and showcase some of his sublime future tech and his balmy alien designs. The strip was a success, spawning an enjoyable sequel as well as being collected in a graphic novel. Among its many merits, the strip is notable for going down in 2000AD history as the first to depict a badly wounded man of the cloth shitting himself. Though as we will see, this was not Boo's last association with faeces in the Galaxy's Greatest!

Following Asylum, Boo worked with former Tharg Dave Bishop on the prison story Dead Men Walking. Reaction to the strip was mixed, but once again, an intergalactic prison full of exotic aliens and zombies allowed Boo's fertile imagination to soar!

Below we can see covers for both strips as well as prog 1411's Lobster Random cover. 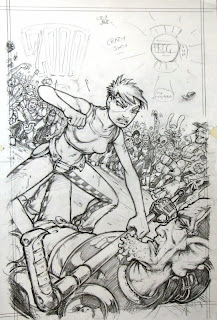 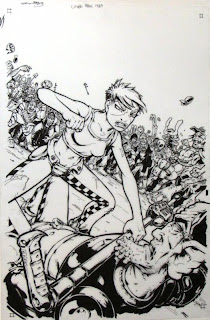 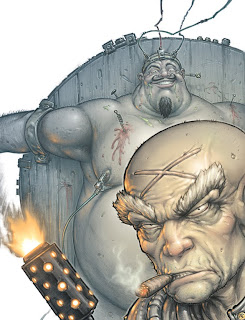 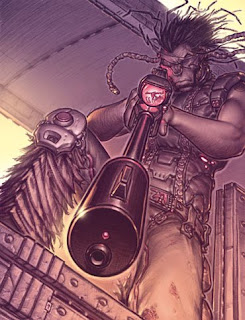 Boo got his first shot at illustrating Judge Dredd in Prog 1432, in the Undercity tale Descent. Written by Gordon Rennie, the story saw Dredd, Psi-Judge Karyn and two other judges venture into the dangerous Undercity beneath Mega-City One to rescue a group of tourists from some hungry troggies. The trail leads them to a powerful psychic troggie known as The Shadow King, who resides in the ruins of St. Patrick's Cathederal in Old New York.

Boo's colour palette of oranges and purples used in this strip is absolutely wonderful, the pages actually seem to glow! The story is a significant one in the world of Dredd as it sadly sees the (apparent) end of long running Psi-judge Karyn as she sacrifices her humanity to save Dredd, becoming a feral beast possessed by the demonic spirit of the Shadow King. 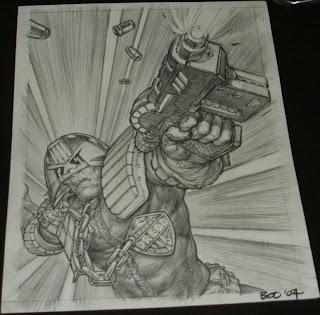 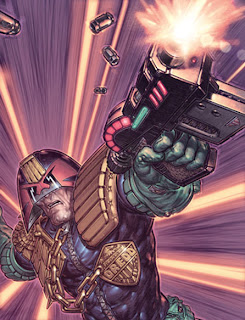 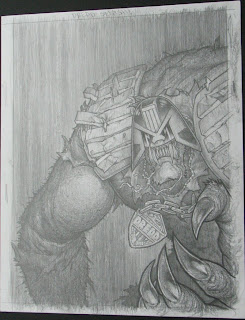 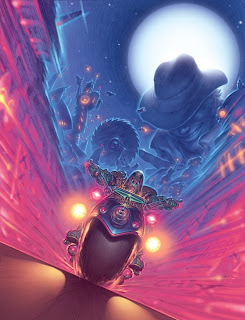 Boo's next co-creation for 2000AD was the popular Harry Kipling (Deceased), created with the wonderful Simon Spurrier. Kipling is an Earl Grey drinking, elephant gun toting, stiff upper lipped, British Imperial Zombie who's job it is to hunt and kill deities, all in the name of the British Empire. 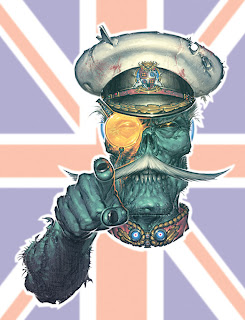 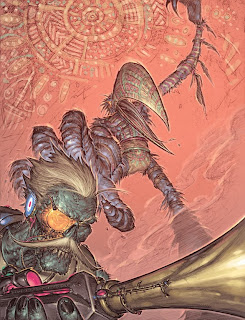 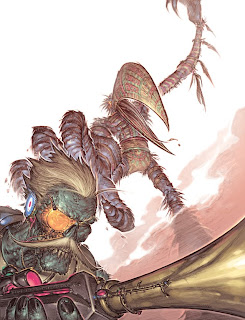 Below we see the prestigious cover for Prog 1500. The cover features a host of characters and vehicles from 2000AD's rich history including Tharg the Mighty, Dredd, Guthrie, Jonny Alpha, Wulf Sternhammer, Chopper, Zenith, the ABC Warriors, Two tonne Tony Tubbs, Spikes Harvey Rotten and many many more. 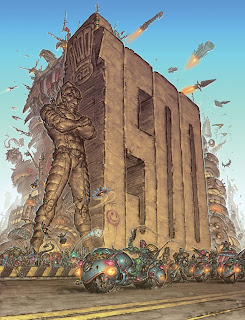 Finally, for 2000AD at least, there's the cover of Prog 1532, showing Dredd at the mercy of the last president of the USA, Big Bad Bob Booth during the Origins storyline. 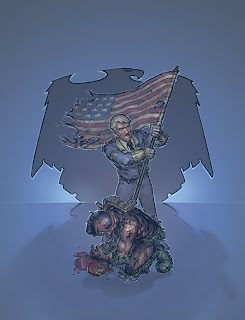 As well as working in 2000AD, Boo has had several covers and strips published in the Judge Dredd Megazine. Returning to the poop theme, Boo's first story for the Meg was "In the Stomm" in Megazine 236 which saw him battling a huge rat-squid in a stinking sewer beneath Lon Chaney Block during a crime sweep.

Boo's other Dredd strip for the Meg was the controversial 'The Listener', which saw Gordon Rennie lampoon several boarders from the 2000AD's message board, several of whom were less than amused with what they read...

Currently, Boo is lead artist on the Judge Anderson strip, giving us the extraordinary Wiierd and Biophyle strips penned by Alan Grant as well as next years' House of Vyle.

Below are the superb covers of Megs 254 and 274 respectively. 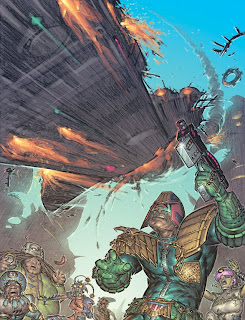 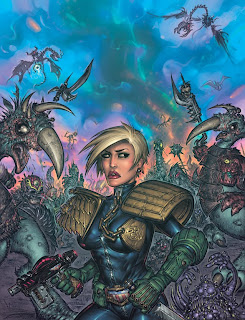 Next up we have the wonderful cover of Zarjaz fanzine's 30 Years of Dredd Special. Is that Lobster Random's claw I can see there? 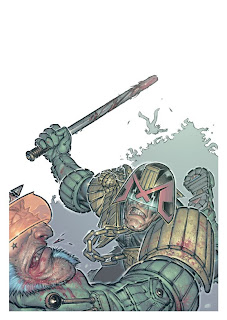 Boo also provided covers for several 2000AD Extreme Editions. Obviously, his crackpot imagination and superb alien designs made him a natural choice to provide a cover for a reprint of the late Massimo Belardinelli's strip, The Dead, and he was also chosen to illustrate Ro-Jaws and Hammerstein for Extreme Edition 24. 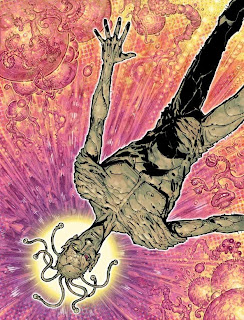 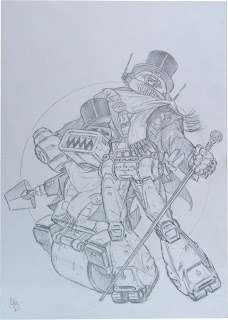 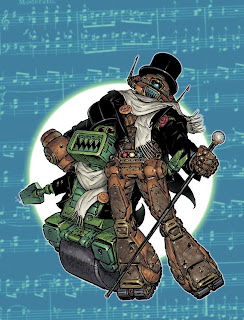 Currently, Boo's beautiful artwork can be seen in the fantastic Elephantmen published by Image comics as well as on his superb blog All Tomorrow's Particles, which I recommend to find at http://www.boocook.blogspot.com/, some of his Elephantmen covers are simply breathtaking!

Many, many thanks to Boo for sending me so many covers, I can't wait to see him back in the Meg next year!
Posted by Pete Wells at 13:13