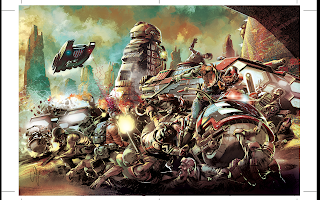 Aaaaaaandd, we're back!
I've been held captive by Thrisis Thrill Suckers since November but have managed to escape with the help of a couple of Rigellion Hotshots! So massive apologies for the lack of updates for a couple of months, consider that a solidary blip in this fine blog's history. Onwards and upwards my friends! Let the thrillpower commence!
I'll mix it up over the next few weeks until I'm back on track, starting with one of my favourite covers of last year (and the reader's too, scooping fourth place in the cover of the year vote!) Jake Lynch's crazy cover of Prog 1957!
Below is the image Jake started with and the chaos just spiralled out from there!
﻿ 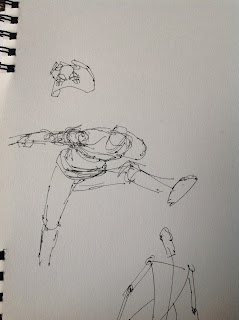 Dredd farting
Like every good riot, the picture took on a life of it's own...﻿ 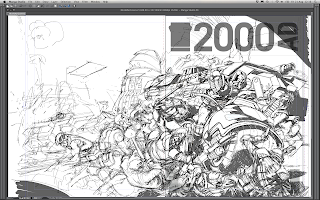 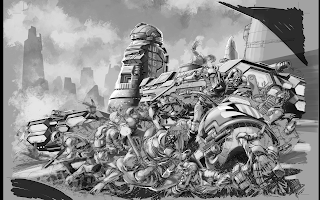 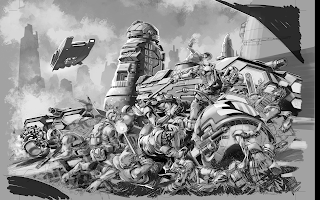 Now that's a road hog!
Time to add some colour... 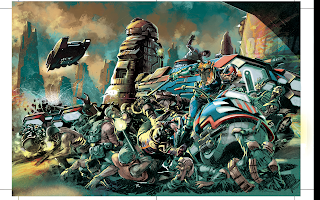 Dredd is late for his flower arranging class.

And finally some added bloodstains and exploding heads (of course!)

An absolutely stunning cover from Jake who was placed TWICE in the reader's 2000AD cover of the year vote. This has so much energy and megacity lunacy it screams "Buy Me!"

Jake's work was also seen in this amazing poster in the end of year prog... 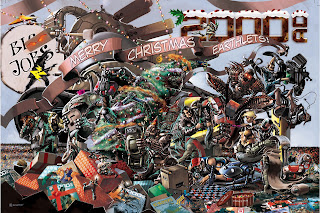 ﻿
Howler singing Silent Night - genius!
﻿
Among the many highlights of this glorious festive treat, were a lovely looking pasty for Pete and naughty old Pete Wells on Dredd's naughty list! The very best Christmas present for me and something I'd like to publicly thank Jake for. I'm still beaming about it now! 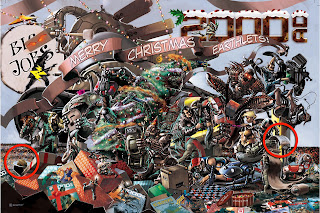 A sweet mince pasty I hope!﻿

A huge thanks to Jake for sending these images and for making my Christmas!