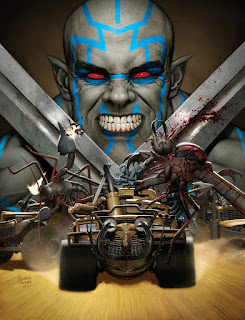 It's bugs on the windshield time as Gene the Hackman ﻿makes his epic journey across the wilderness thanks to Ryan Brown! Will Gene be able to stop the megaswarm before it reaches the Kingdom?
Below we see Ryan's initial sketch, he says "Tharg asked me to do a kingdom cover in the style of Mad Max. He wanted vehicles driving towards the viewer with insects attacking the cars!" 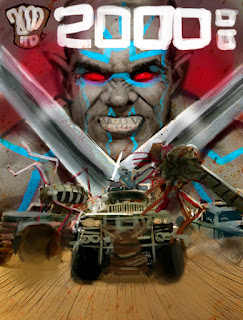 In the future, blue snots are the worst kind of snots.
He continues "I wanted to make Gene the Hackman's face focused and angry in the fight. I used the picture below as reference but did'nt push the dog element to much in his face..." 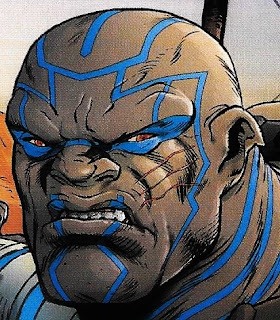 Gene looking woof﻿
And the finished image looks like this, George Miller would be proud!﻿

Maybe Them should learn the Green Cross Code...﻿
Posted by Pete Wells at 14:14