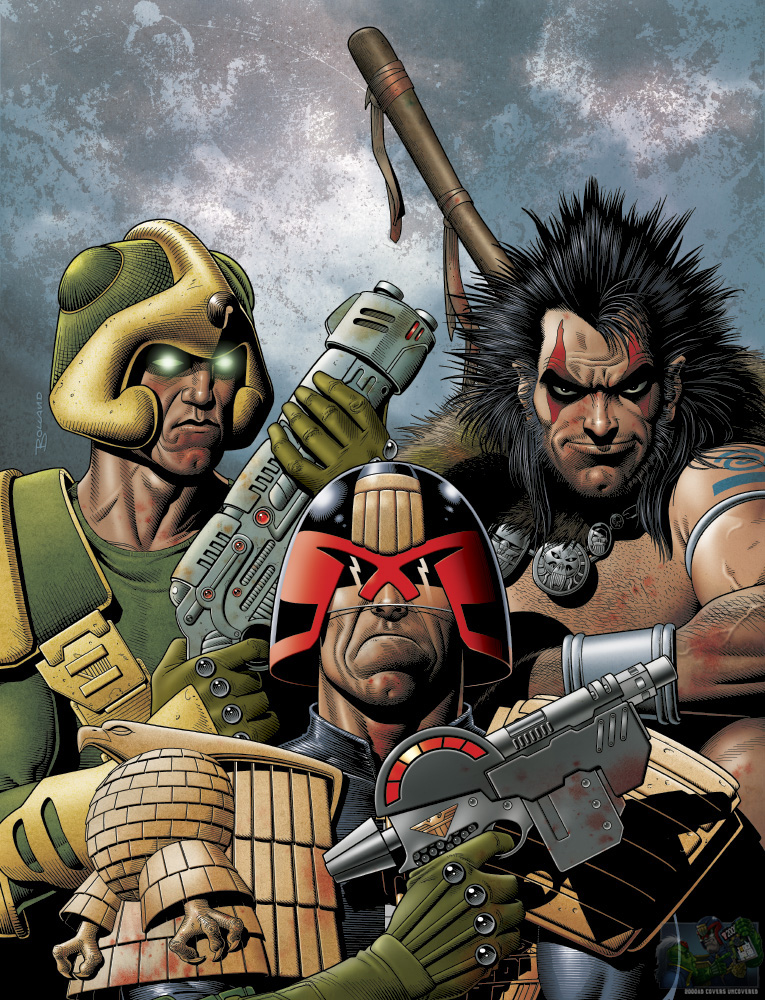 Prog 1924 is a glorious jumping on prog so as ever, Tharg has re-activated a classic droid to bring us a dangerously thrilling cover image! That droid is the wonderful Brian Bolland who has literally brought out three of 2000AD's big guns. To my knowledge, this is the first depiction of Slaine by Mr Bolland and it's an absolute doozy! 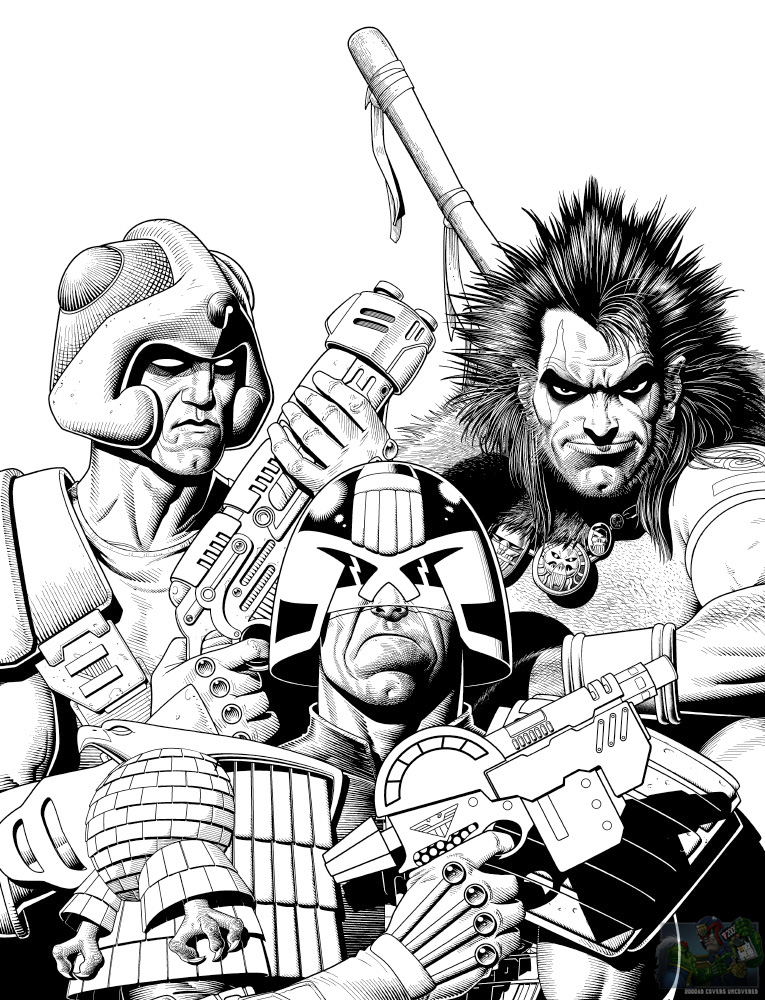 Never bring a Brainbiter to a gun fight...﻿

Of course, Tharg's PR droid has been on overdrive plugging the prog, however, I have to disagree with the cheap tactic of using such uncouth language to get attention. Come on Molch-r, you're better than that... 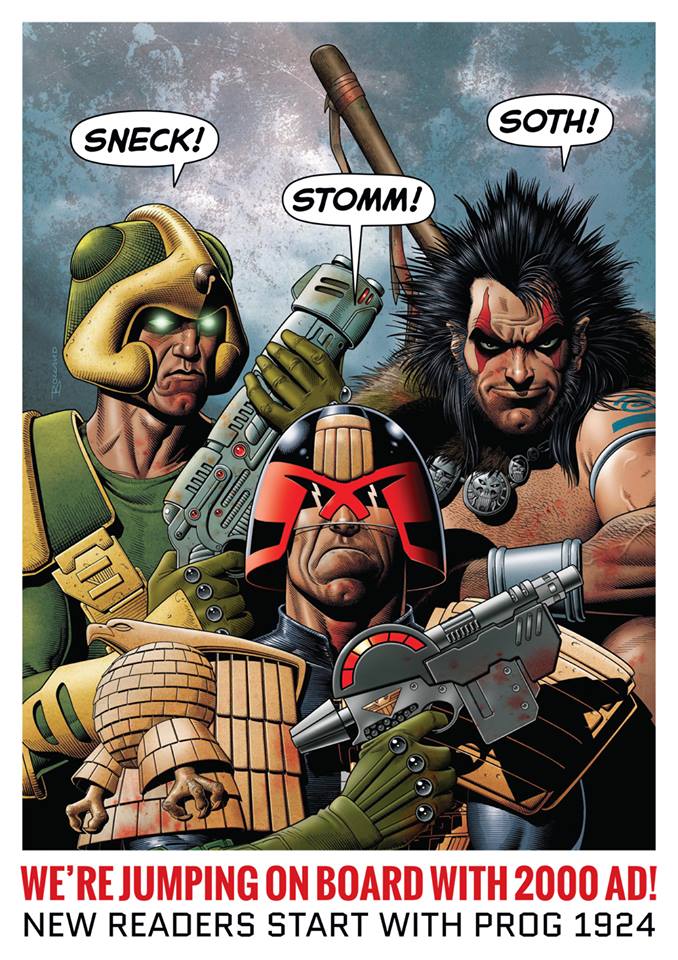 ﻿Will nobody think of the children!?!﻿

And here's how the Prog looks on your shelf... 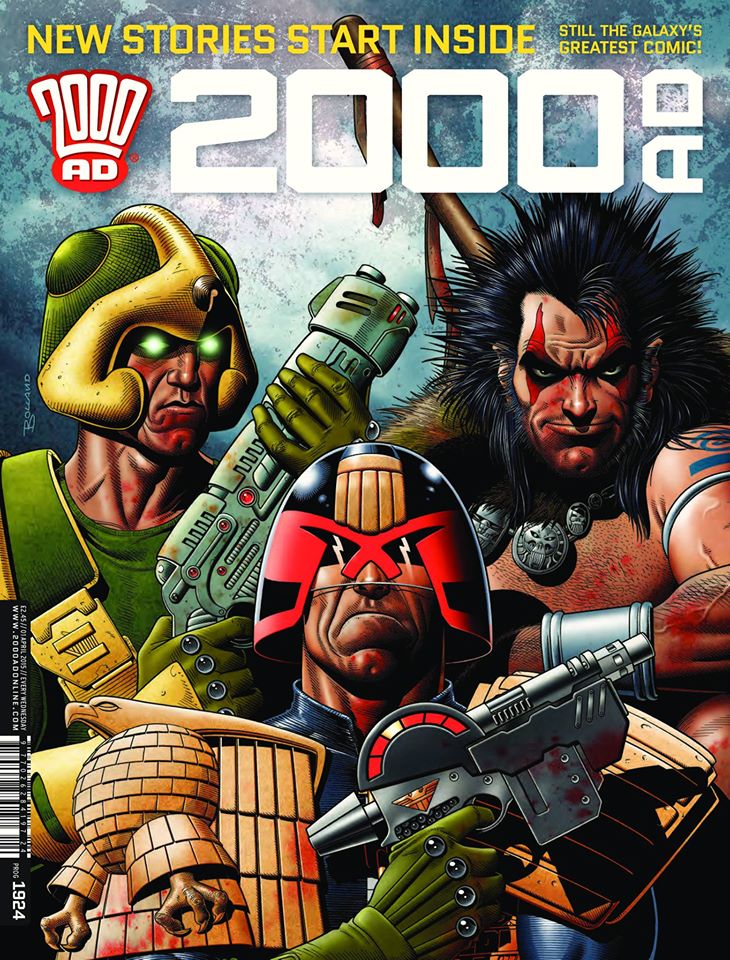 Johnny, Joe and Slaine hated having their photo taken.﻿

There is lots of Bolland goodness on this blog, check out this Bolland special right here!

Of course, Brian has a beautiful blog of his own which is full of absolutely eye-popping images including this hilarious Judge Fear sketch... 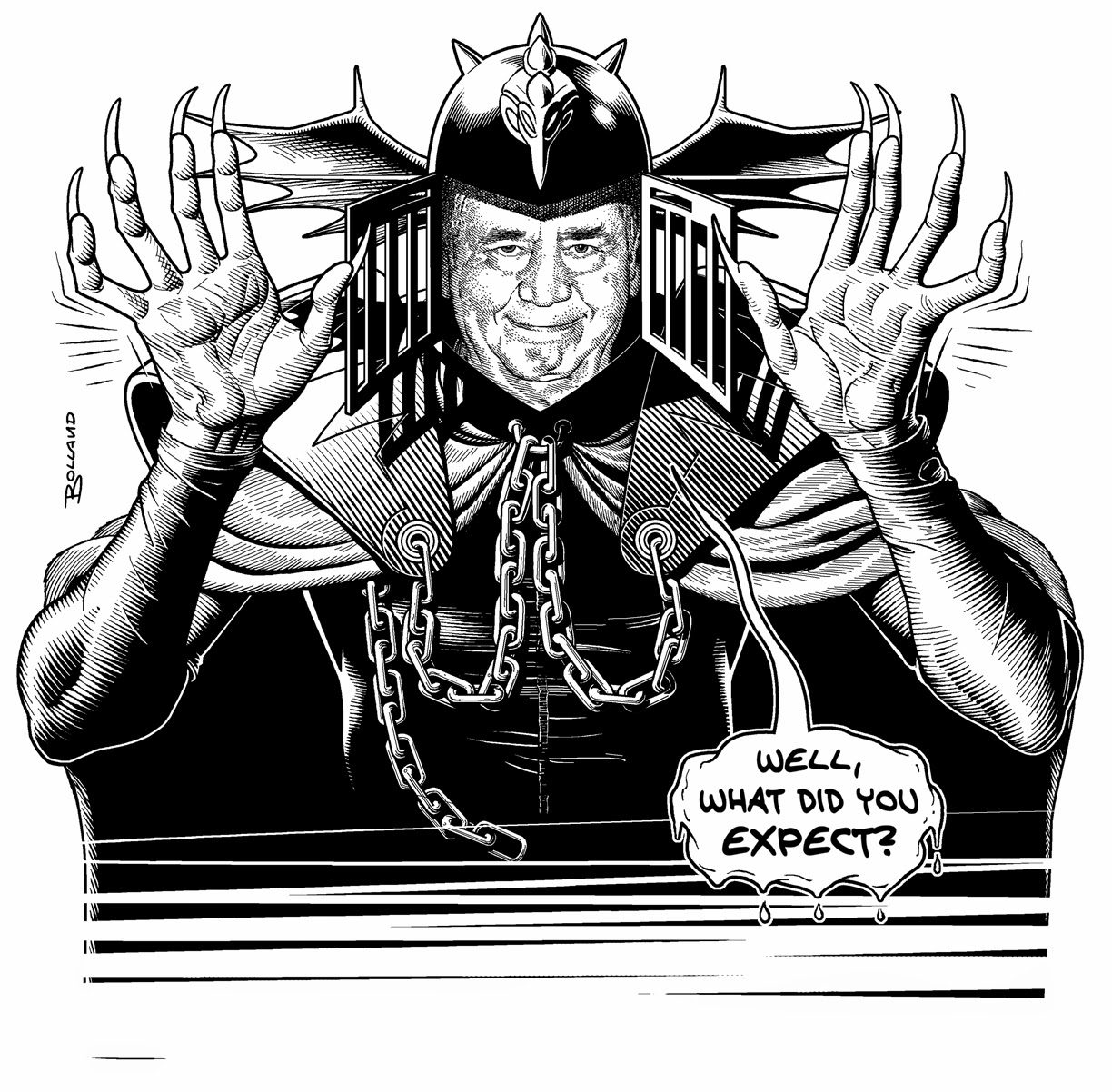 Brian has also been kind enough to share his inks and coloured versions of his amazing cover of Megazine  350, wow... 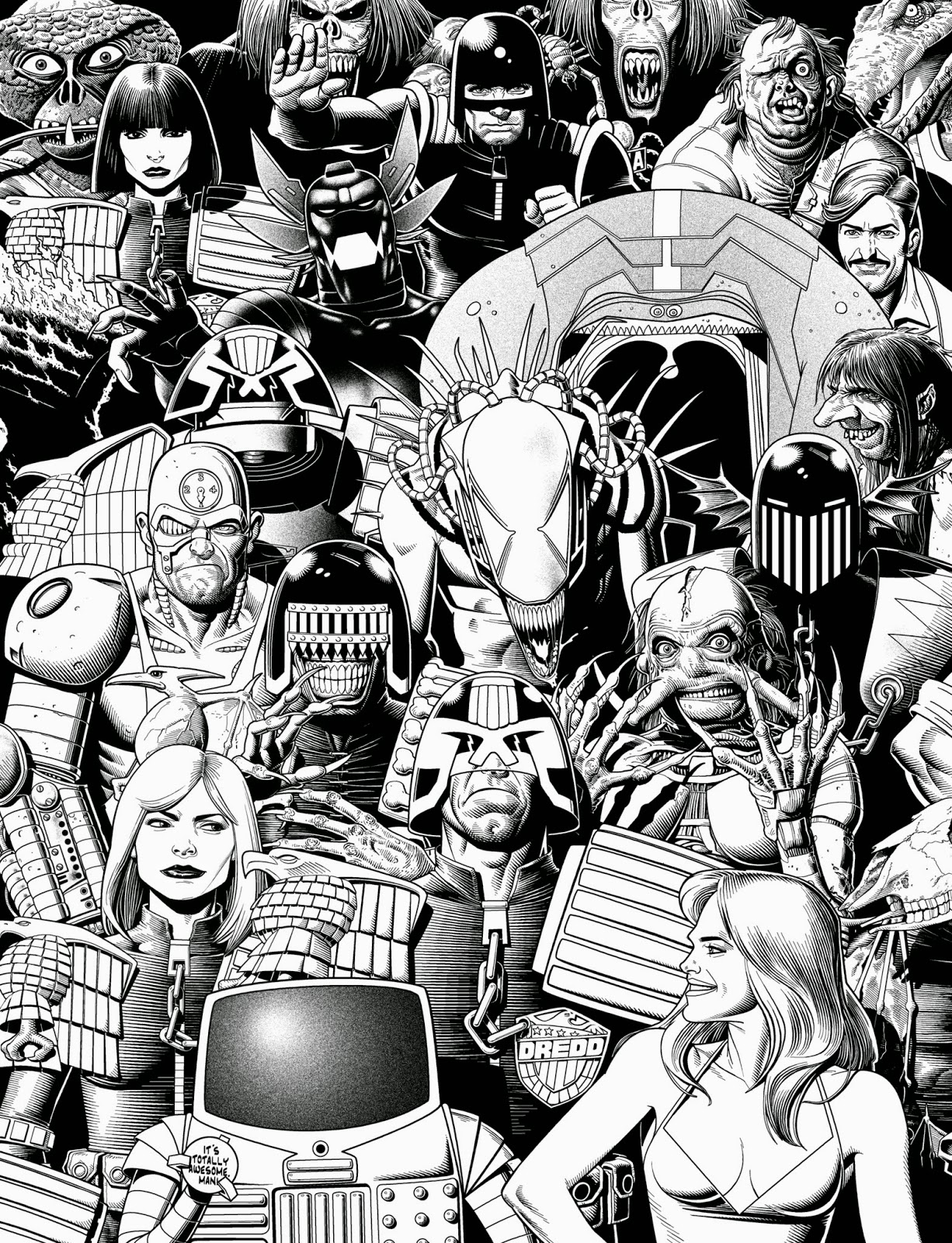 Thankfully, they only get together at weddings and funerals. Unfortunately, there's and awful lot of funerals... 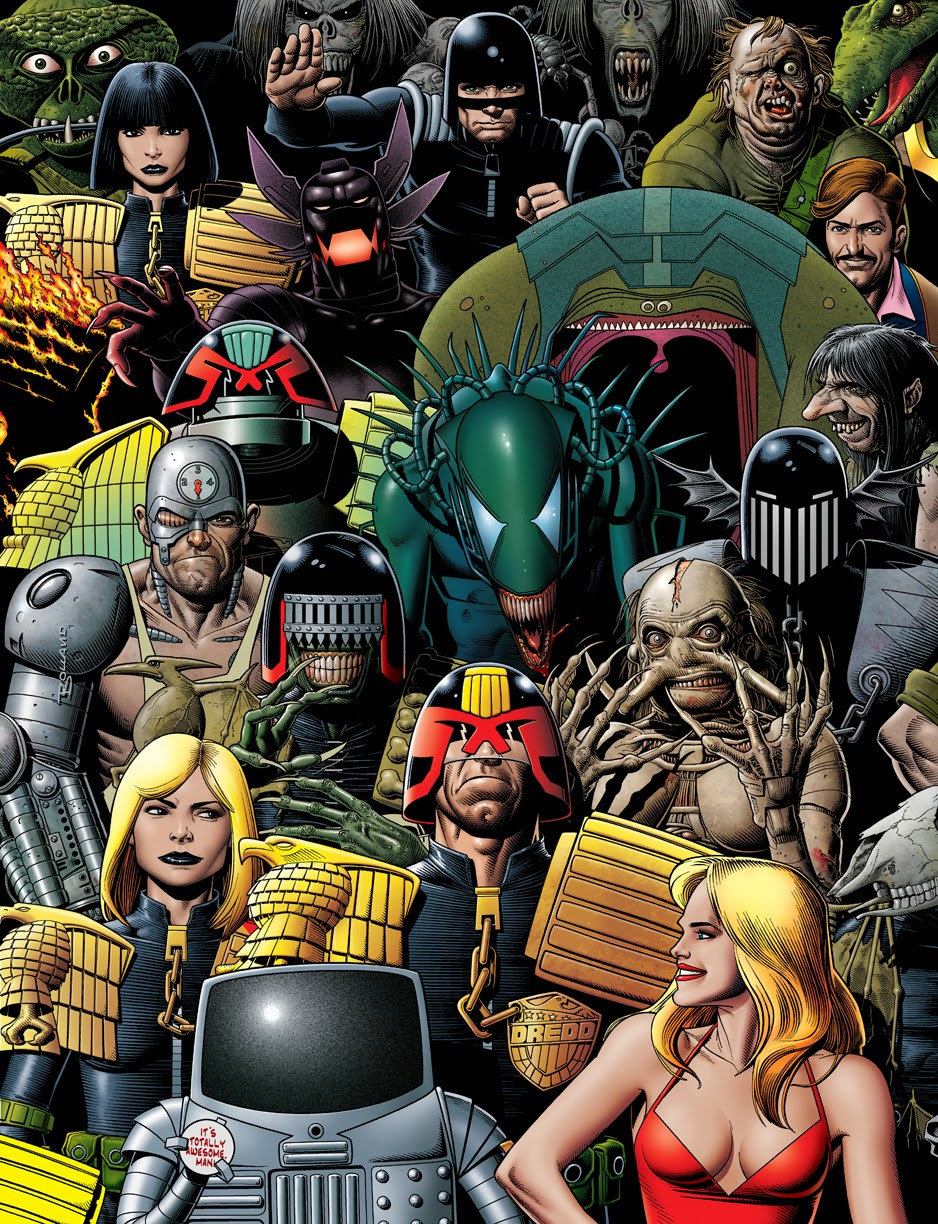 
﻿Go and check out Brian's blog immediately citizen, I promise you'll love it!
Posted by Pete Wells at 01:13