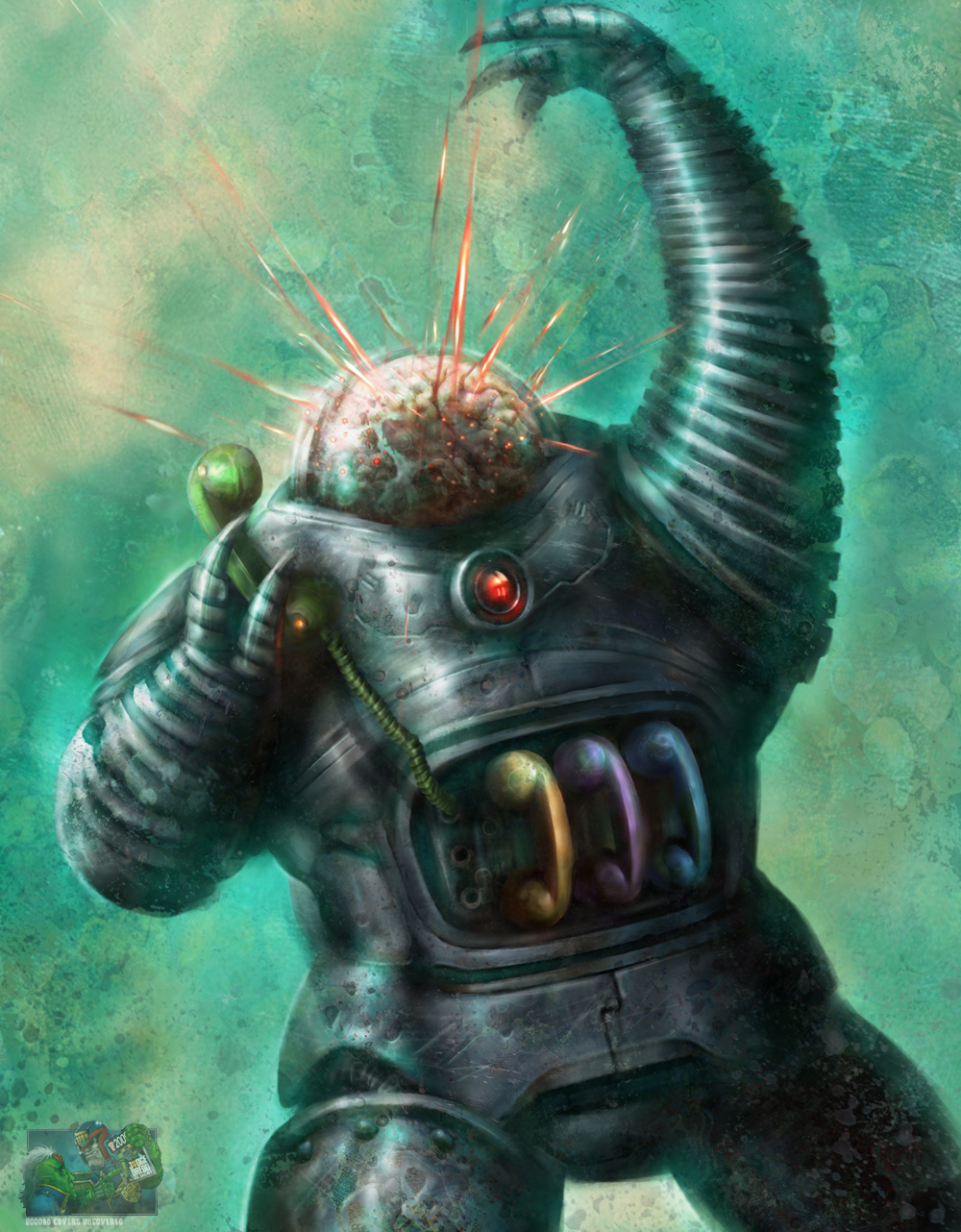 Not content with blowing us away with an amazing Mean Machine cover this week, Nick Percival gets to showcase his talents on another classic 2000AD character, the one and only Mr 10 Per Cent himself, Howard Quartz!

Howard was the cantankerous, avaricious head of robotic disaster squad Ro-Busters. He was known as Mr 10 Per Cent as less than 10% of his body was human following the erm... tragic events of prog 1920. Not surprisingly, Quartz was ambivalent regarding the fates of his robot employees, to the point of hostility, particularly Ro-Jaws and Hammerstein, can't possibly think why... 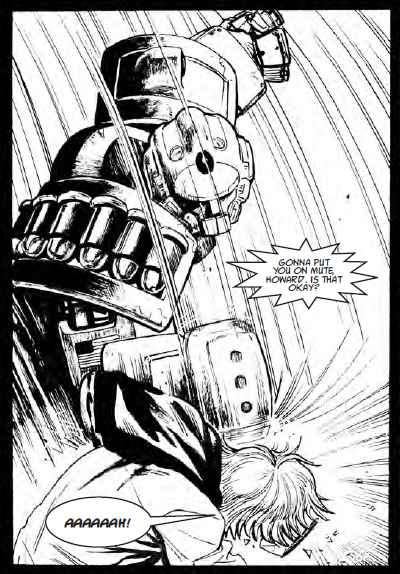 Hammertime!
As a man, Howard Quartz had, some would say, eccentric tastes, so when a robotic body ﻿became a priority, he made sure he went for that dashing, retro look. Why else would he have 70's style telephones on him, eh?
﻿ 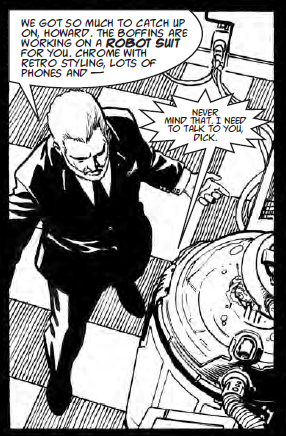 A lifetime addicted to phone sex meant phones were a necessity for Howard. ﻿ 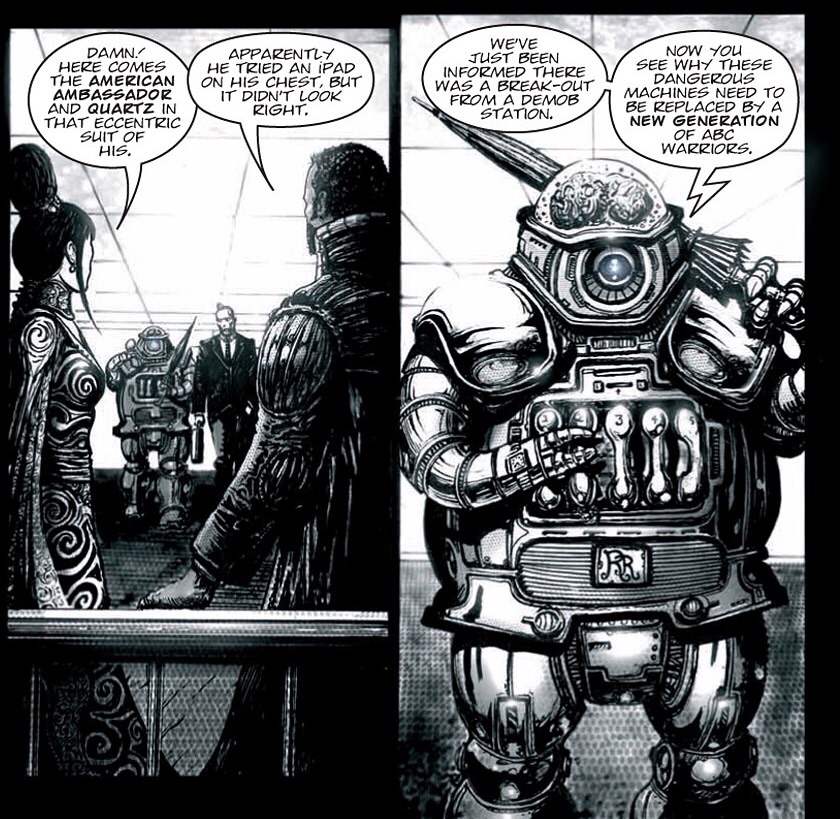 I suspect Howard would've scratched the iPad screen with those metal fingers...﻿

Nick was thrilled to be offered the chance of painting this iconic character. He said "This was really just a bit of a laugh to do and a throwback to the 2000AD covers of the 70’s and early 80’s where they didn’t take themselves seriously at all! It was Tharg’s idea to have Quartz ‘shouting’ on the phone with the speech bubble to be added later..." 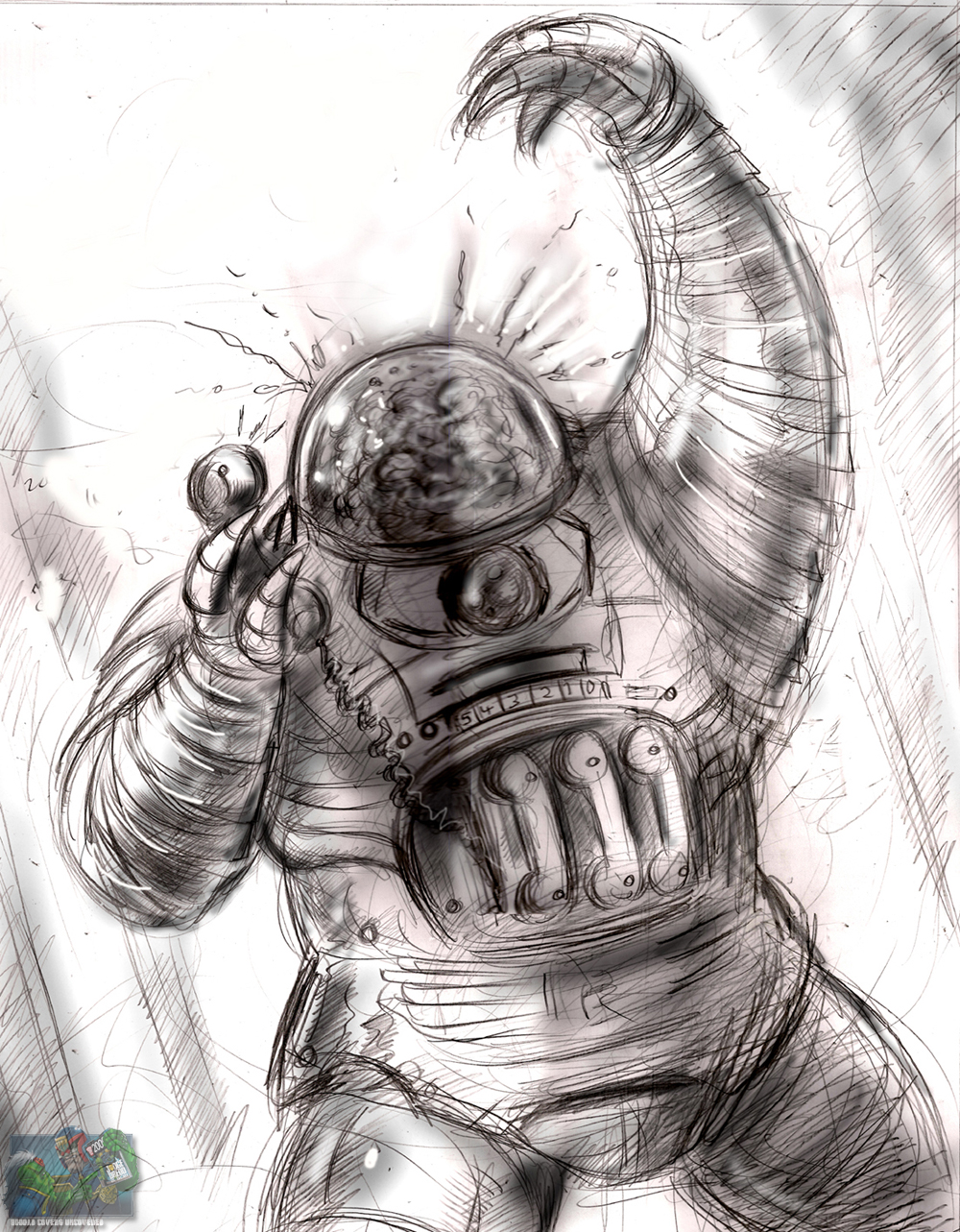 "The challenge was to make a robot with a brain in a dome appear angry and I wanted  a slight cartoony, colourful feel, so it was a nice break from all the moody, serious stuff."

Here's how the cover looks on your Progshelf... 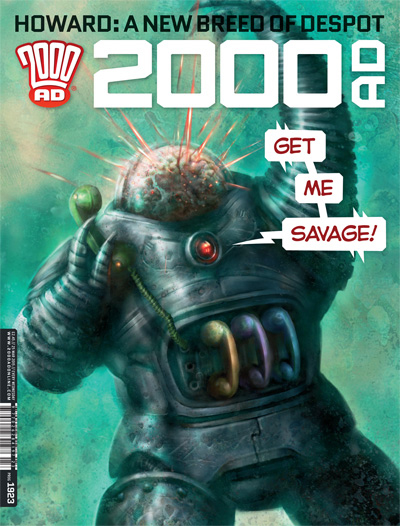 Massive thanks to Nick for sending the images and text for a truly amusing cover, I love it!

Also, thanks to Hawkmonger and Dark Jimbo of the 2000AD Forum for their help regarding the panel of Prog 1804 - thanks guys!
Posted by Pete Wells at 15:50