Greg Staples - Stix in the Mud! 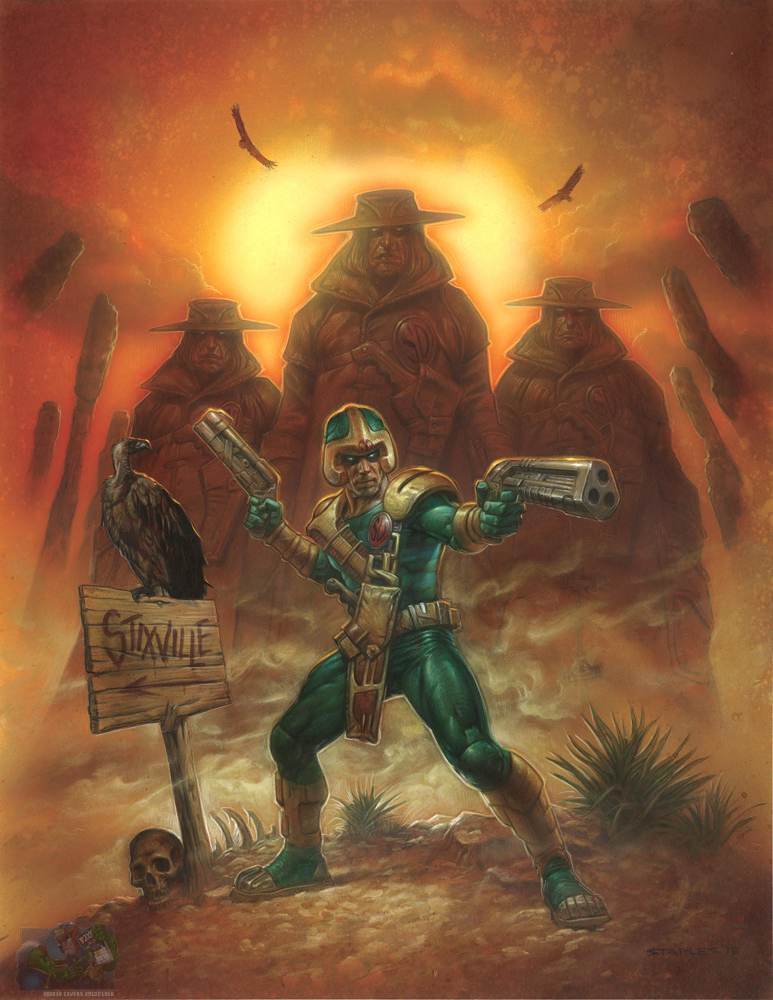 Hot on the heels of Dark Justice, master painter Greg Staples is back with this wonderful Strontium Dog cover. This cover does a wonderful job of capturing the Western feel of Strontium Dog with those arid plains, hungry looking vulture and cool gunslinger pose. The cover also features (some of) the Stix Brothers, a clan of cold, identical bounty hunters who boast superhuman strength and mind reading abilities. Alpha has come across many Stix brothers in him time, let's just say, it never ends well...
Of course, this isn't Greg's first Strontium Dog cover as he has worked on a number of covers featuring Alpha. The Best of 2000AD, published in 1999 carried this cracking cover... 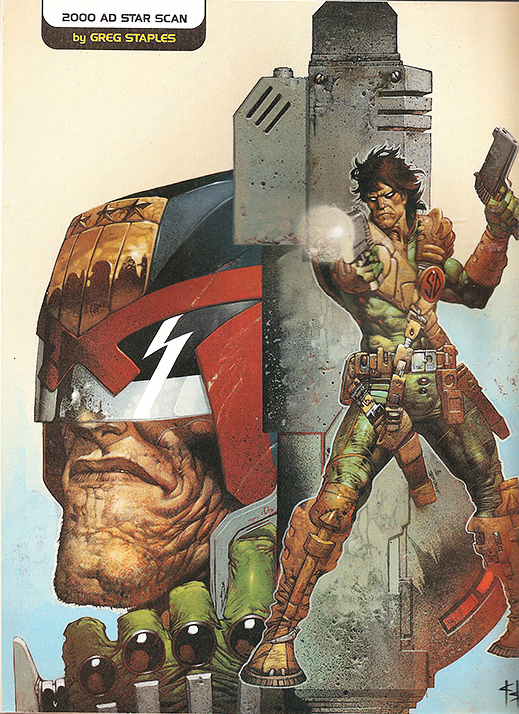 Dredd gets his phone and his gun mixed up again.﻿
Then Prog 1305 in 2002 featured the image below, which was later re-used for the Kreeler Conspiracy Graphic Novel.   ﻿ 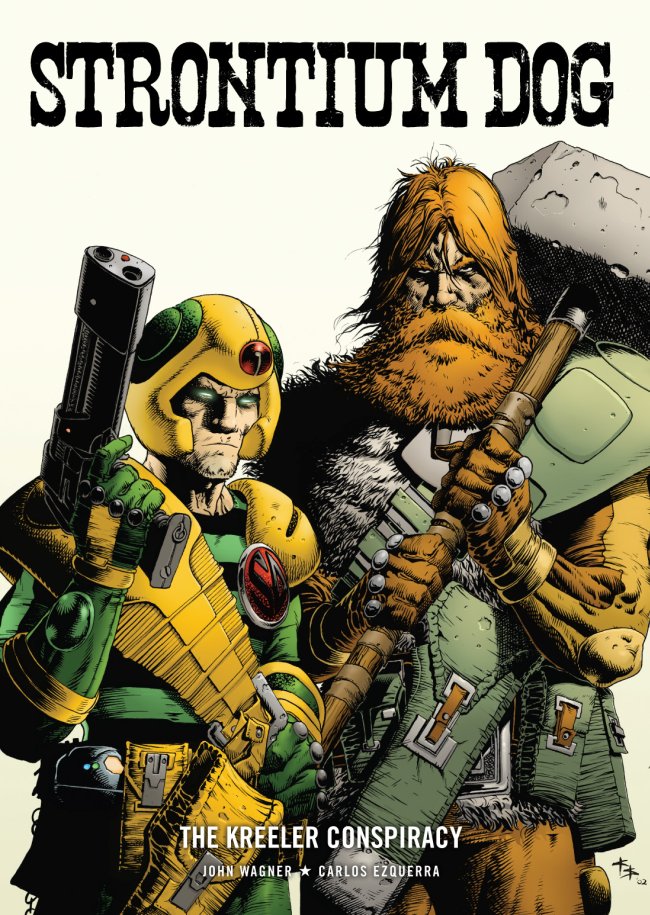 Cool as der cucumber...
A bit of a rarity next, a cover that was rejected back in 1992. I assume it's Greg's take on the "He's Out!" cover of Prog 794﻿ which was done by the late Brett Ewins. I really, REALLY like Greg's take on it, Dredd's chin is amazing! 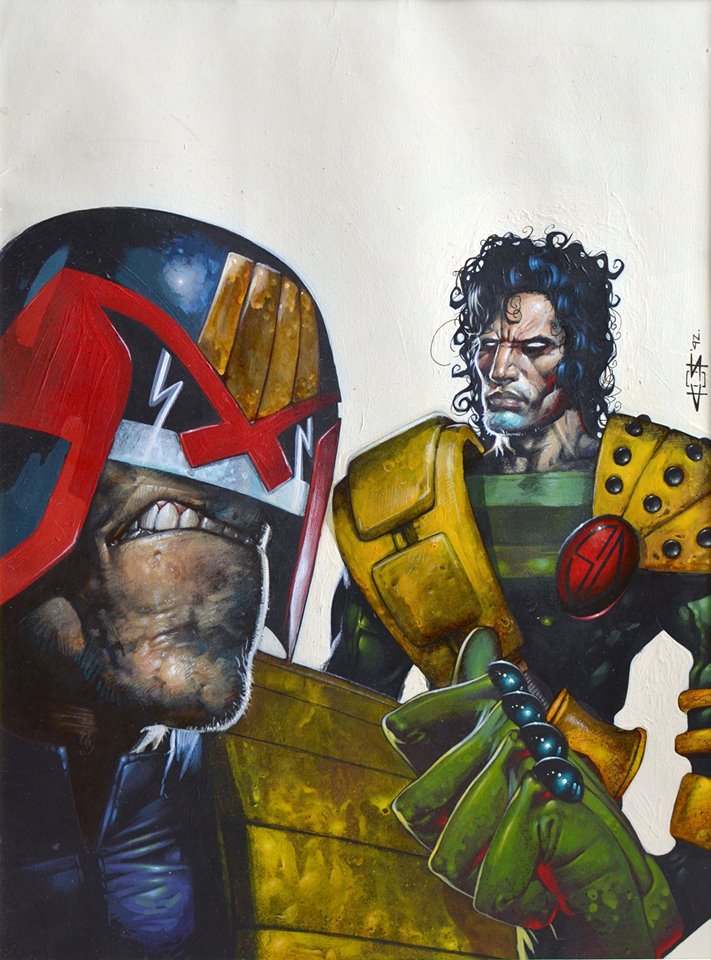 "He's Out!" The rumours were true!
While we're on about Greg's covers that never were, I've always adored this and would absolutely love to see it fully realised one day...﻿ 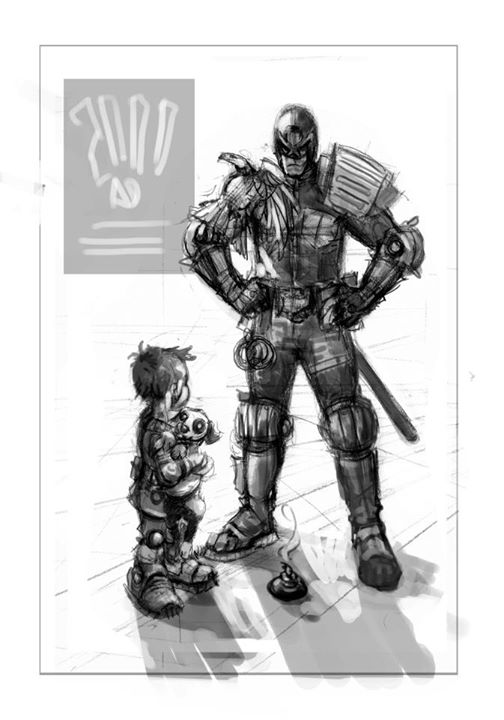 Stomm!
﻿
Here's another rarity, a commission for my mate Mark Willis which serves as a lovely accompaniment (and I believe inspiration) to Greg's recent Dark Justice epic. ﻿ 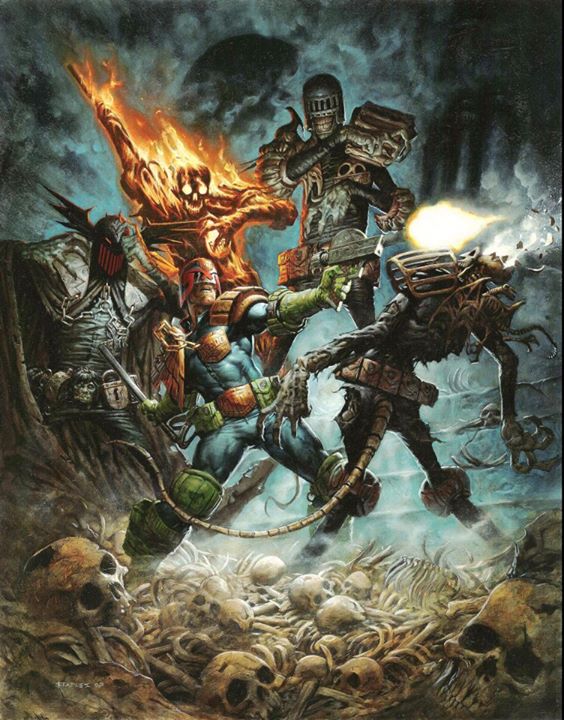 Here's how that there prog looks in yore fancy pants book shop, pardner... 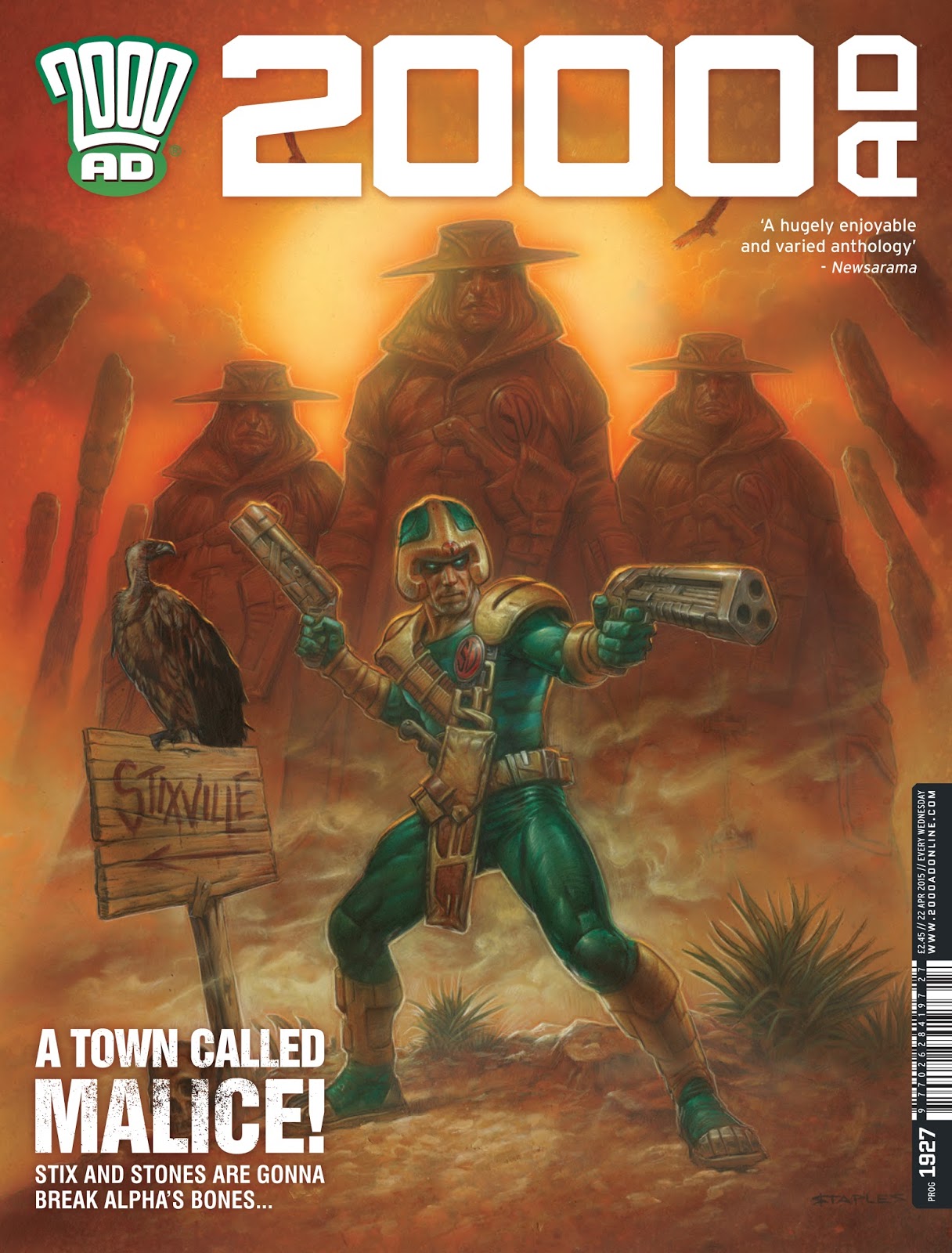 Mega thanks to Greg for sending the cover, yet another cool image by quite simply the best painter in the west, yeeehawwwwww!
Posted by Pete Wells at 00:01