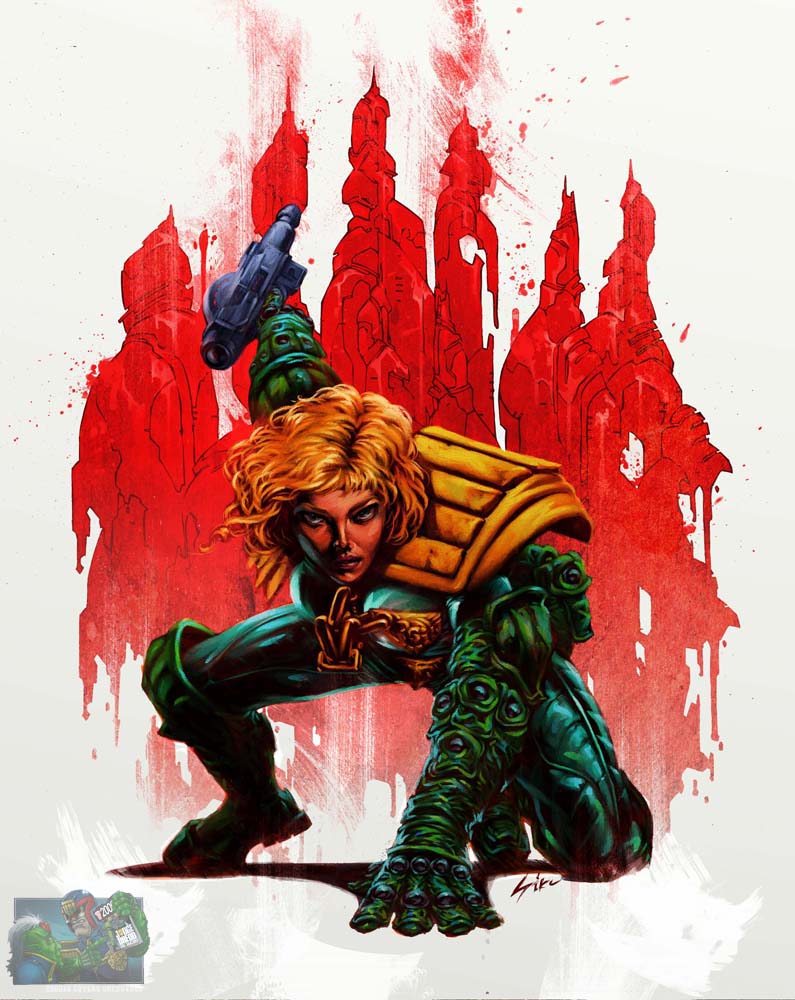 I am absolutely delighted to see Siku back on the Megazine! This popular droid made his Megazine debut on an Anderson strip 23 years ago so it's great to see him return to the character. His debut strip, 'Reasons to be Cheerful,' was a satirical story lampooned the Rodney King riots of 1991. The story introduced the thuggish Judge Goon, whom Anderson would bat heads against over several years.
Meg 359 sees Anderson in the Cursed Earth with Rookie Judge Flowers, on the trail of some missing judges. Below are Siku's sketches, I must say, I love that first one... 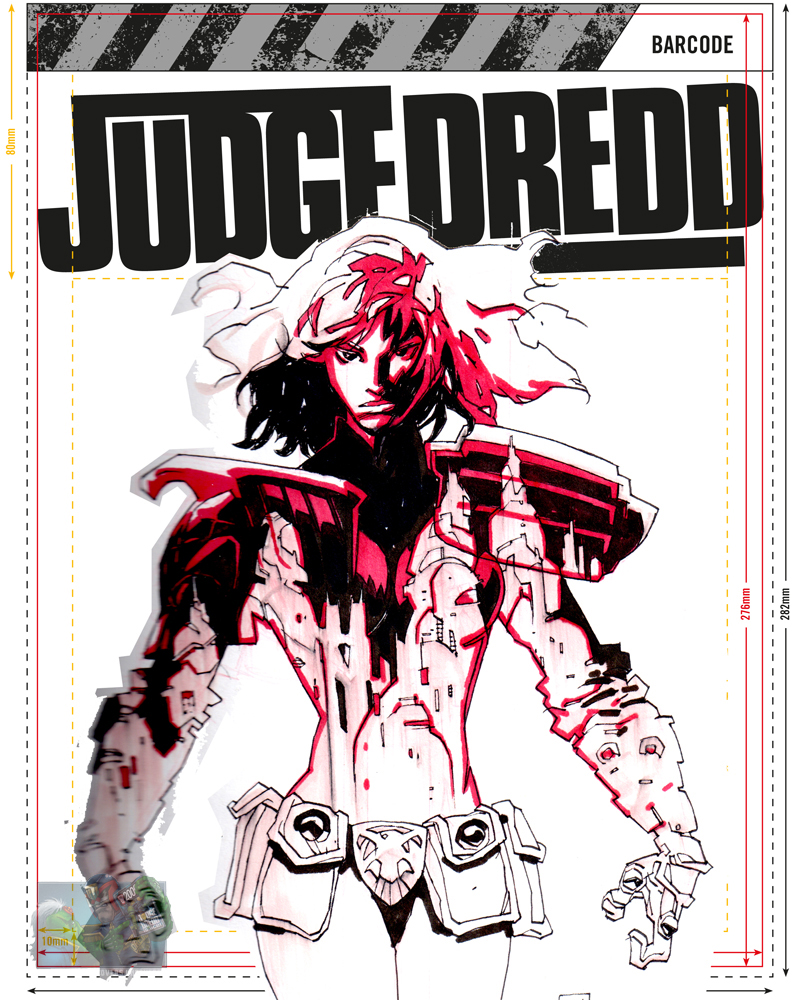 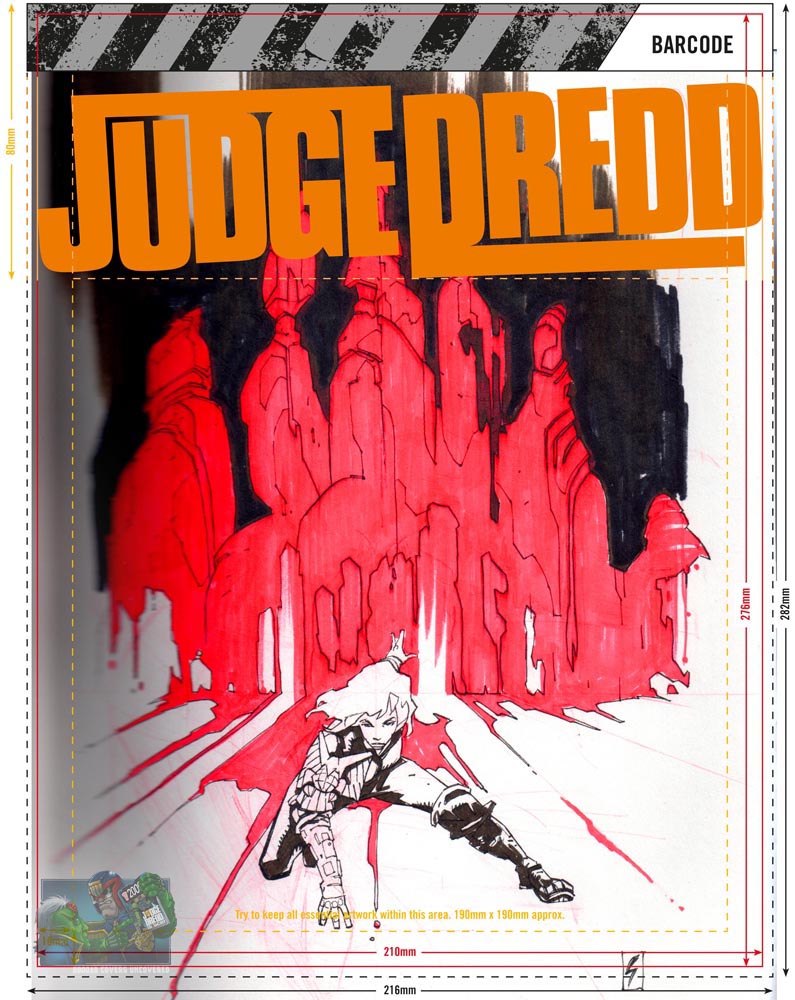 It was Weather Control's time of the month...﻿ 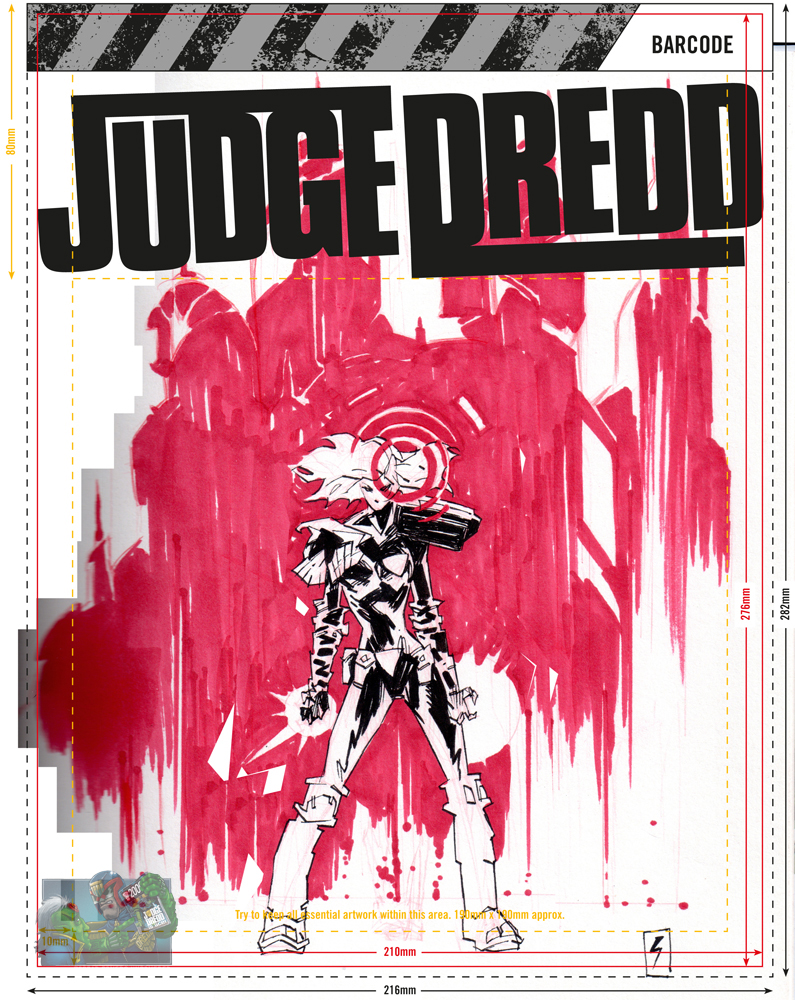 Anderson had a bugger of a headache... 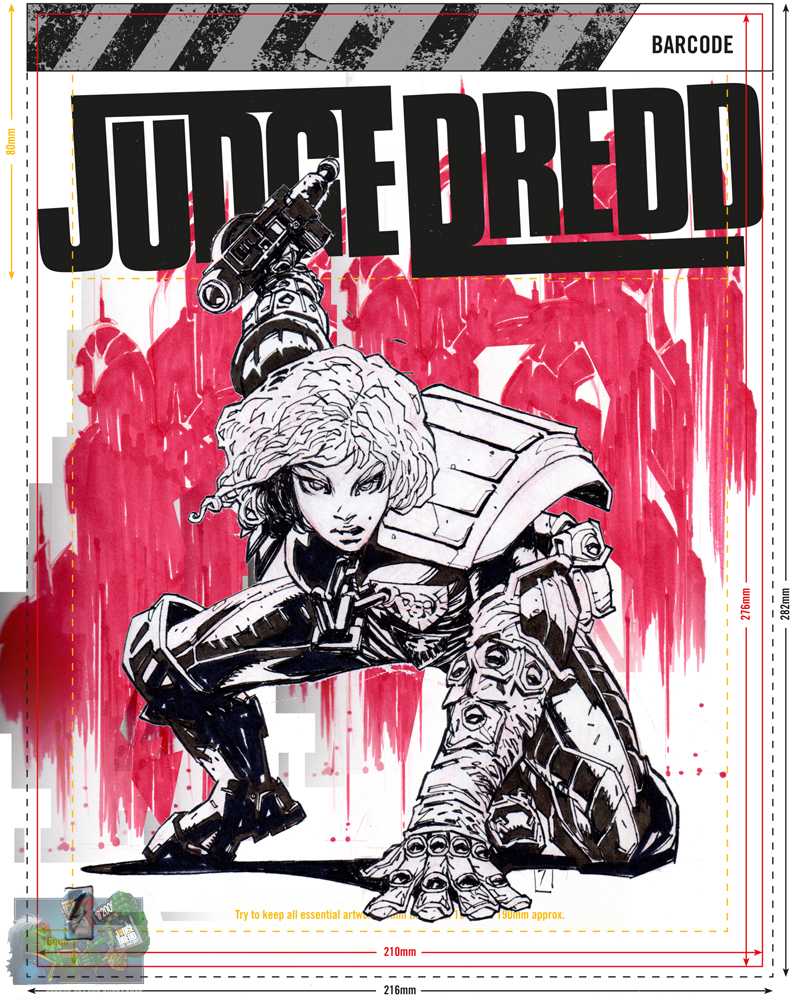 Anderson fell for the old 10 creds glued to the pedwalk trick.
With sketch number 4 chosen, Siku gets to work, starting with that fantastically graphic city of blood. I love it!
﻿ 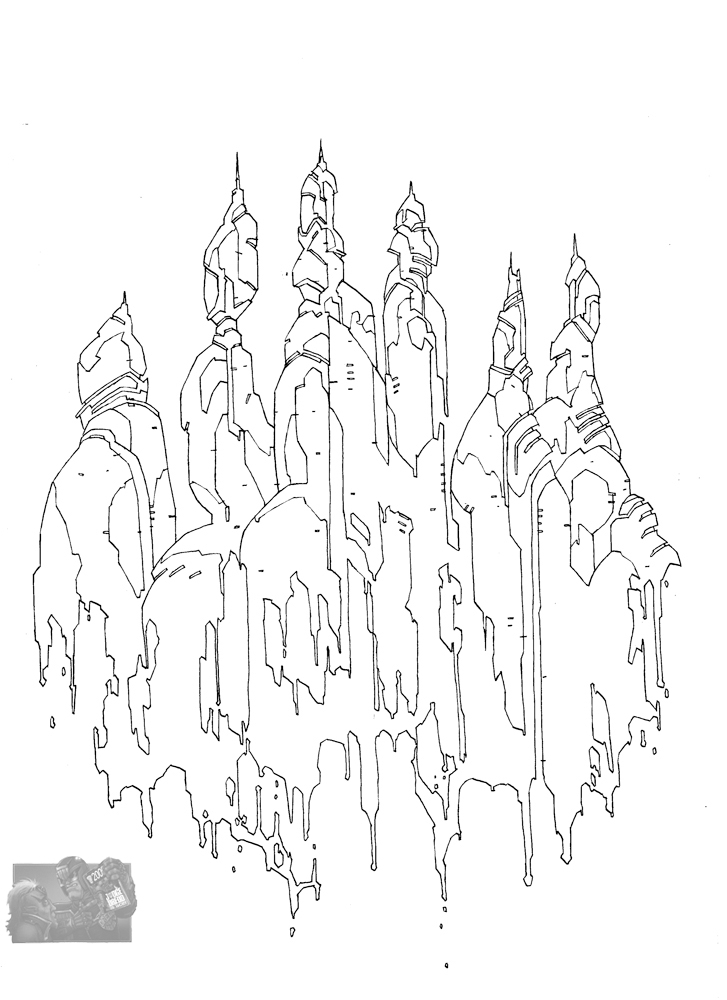 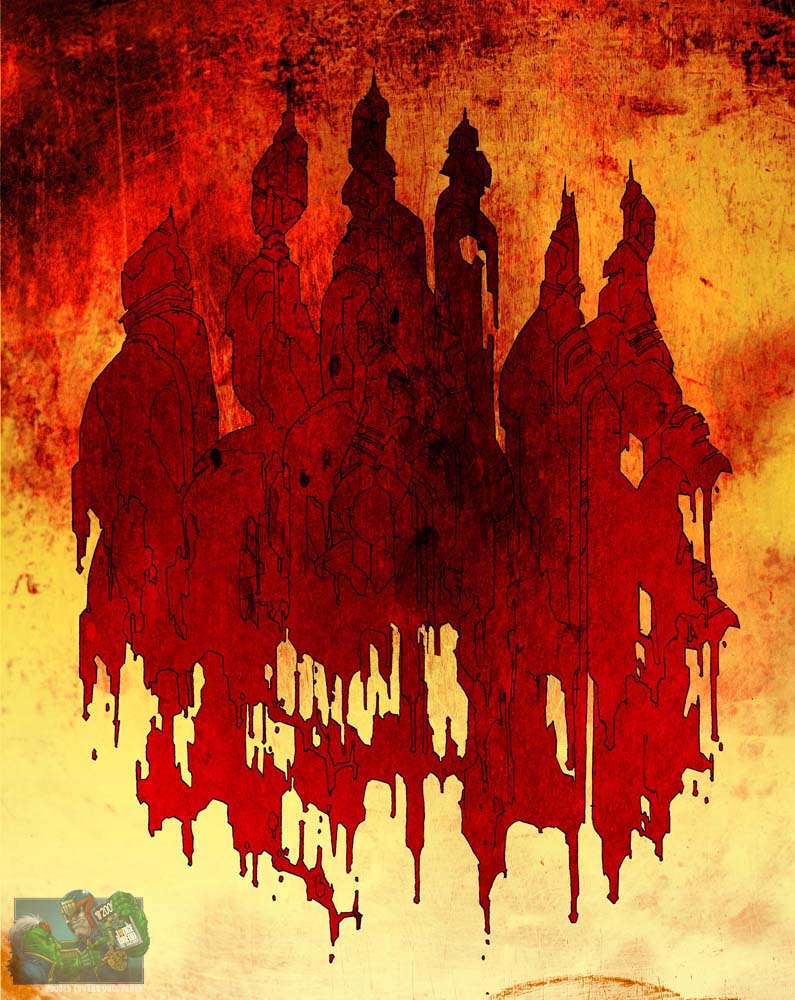 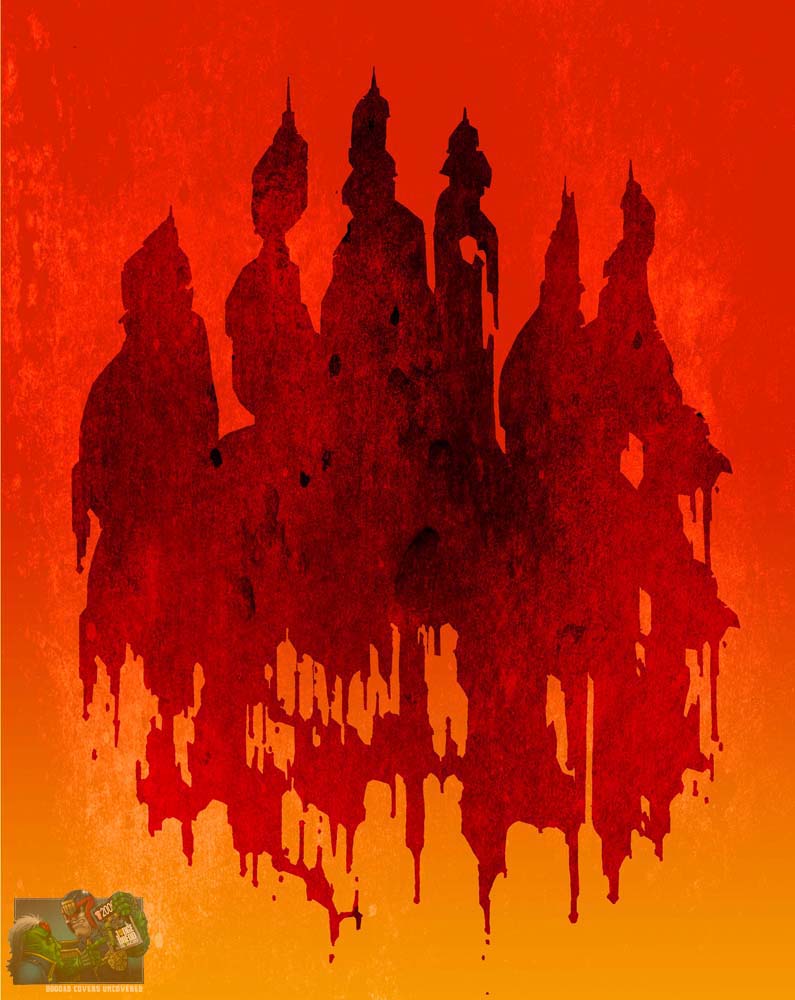 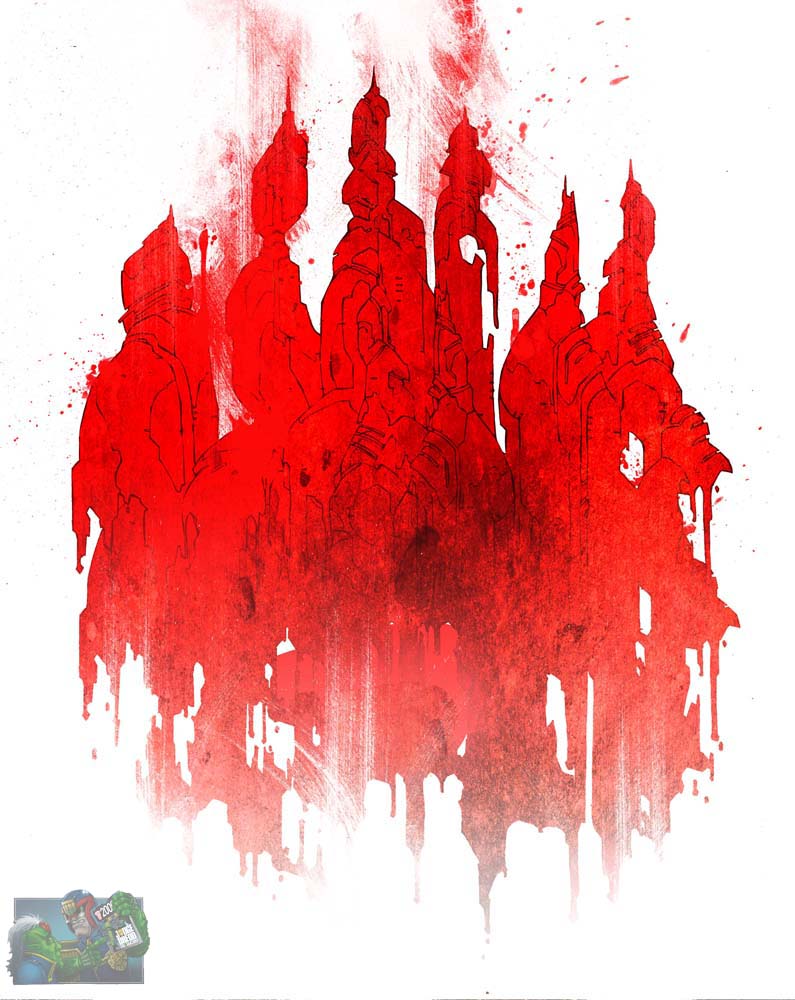 Erm... Plasma City One?
With the grimy city sorted, it's time to get to work on Anderson, below are the inks...﻿
﻿ 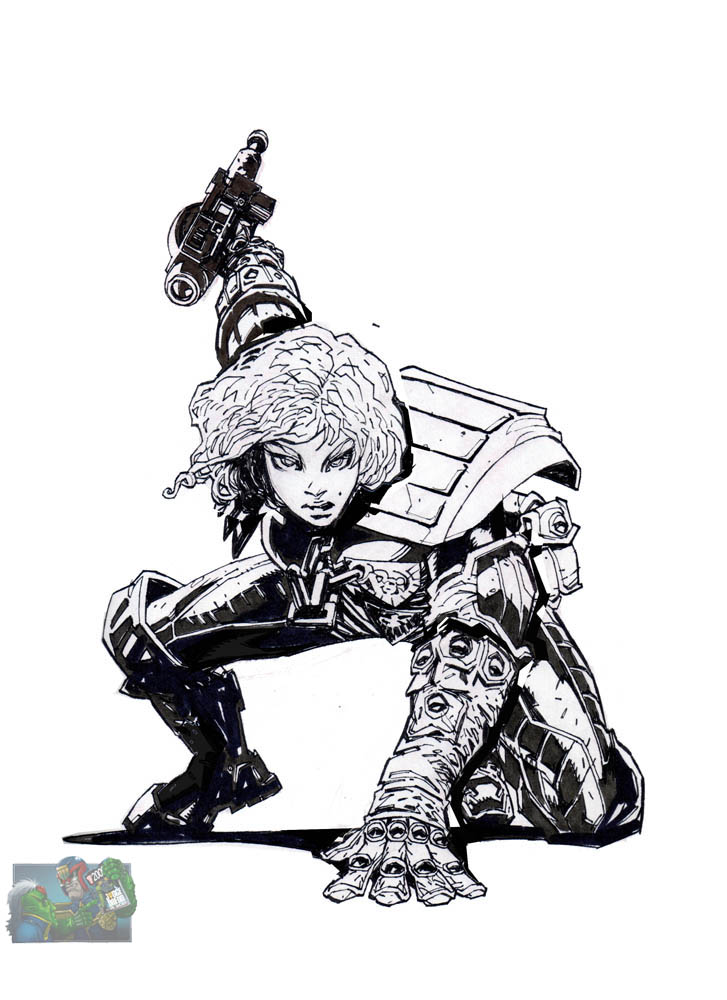 And here's the under painting against the background... 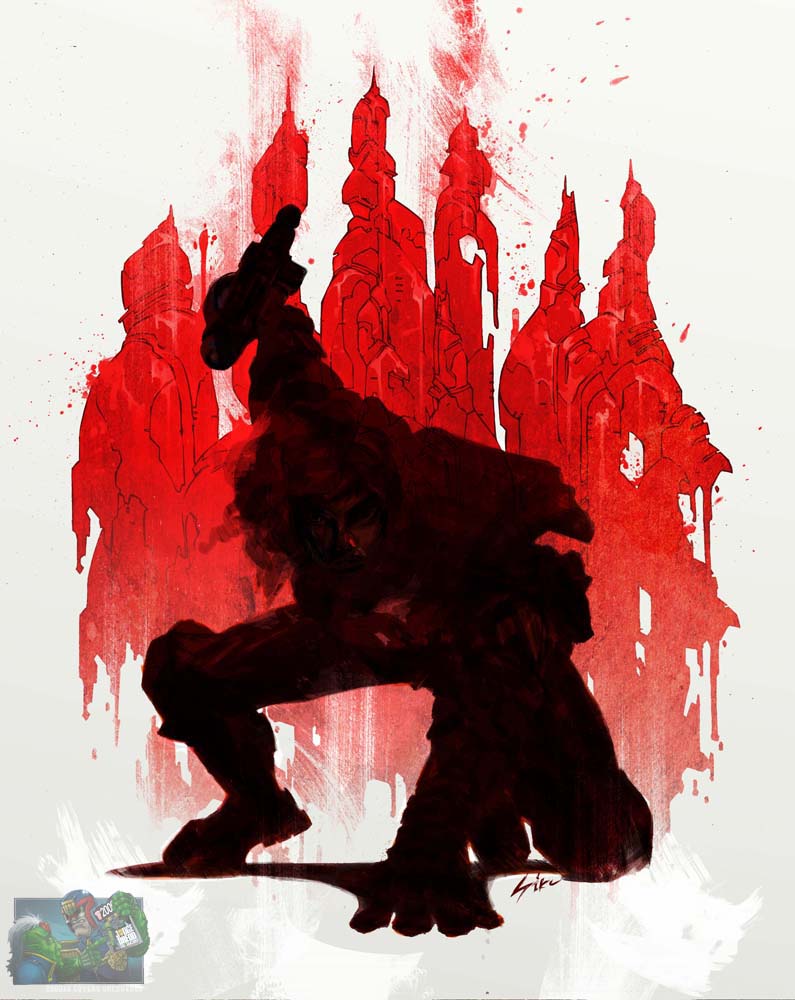 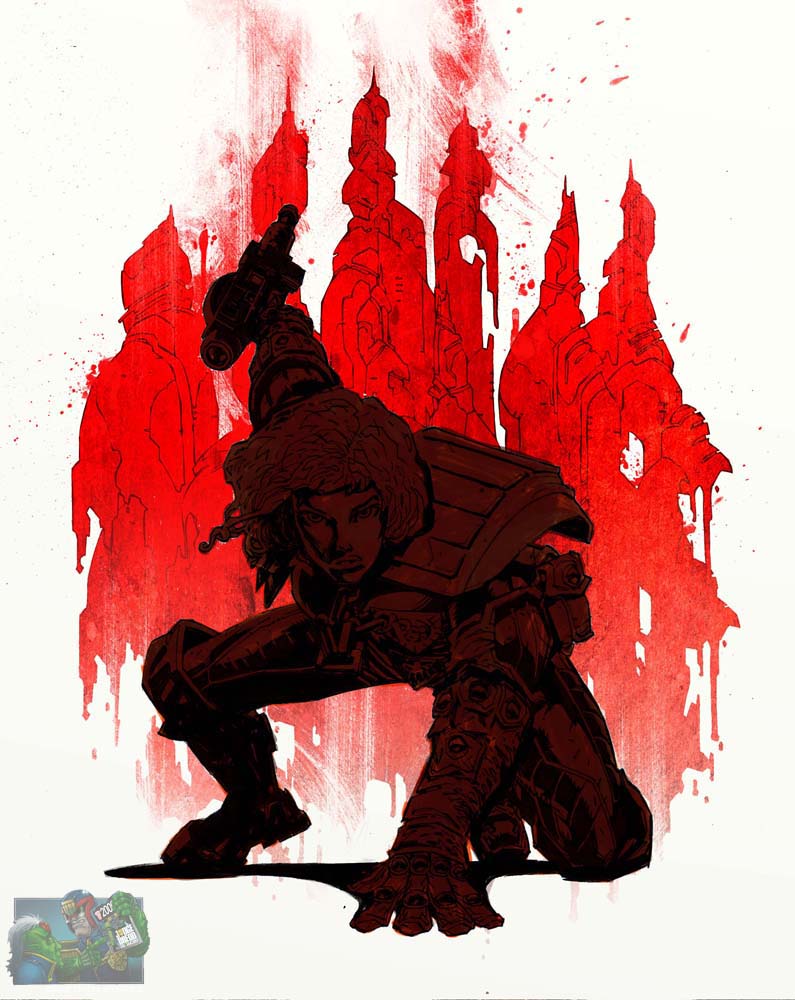 Get a wash Anderson you scruffy cow! 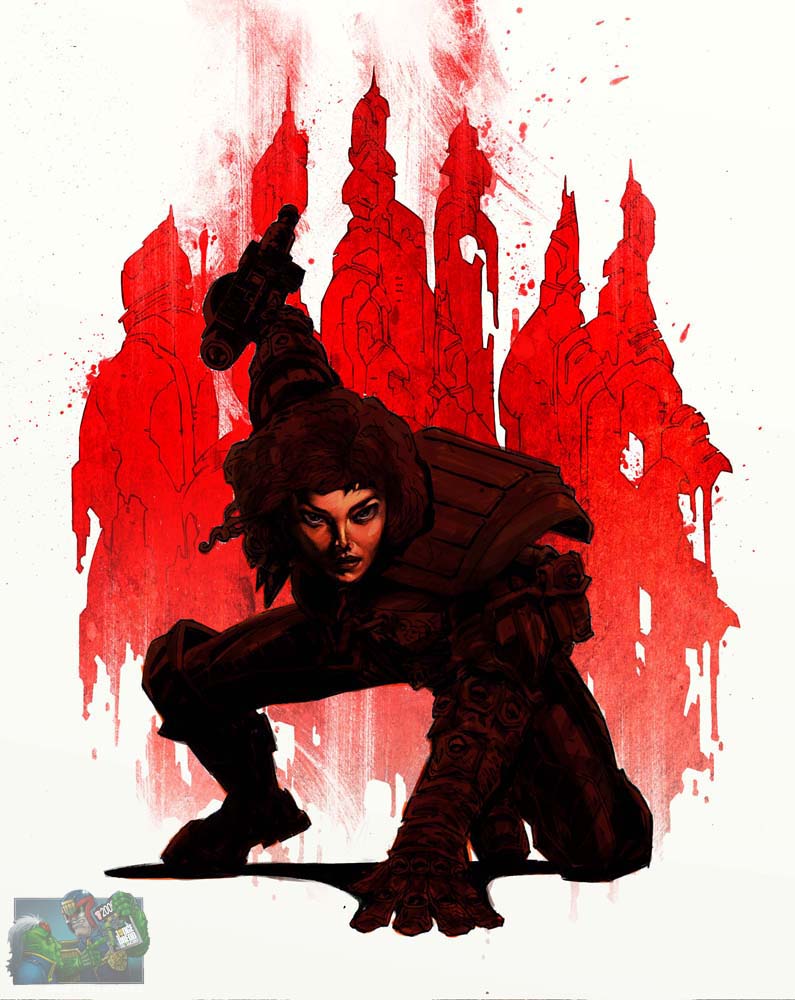 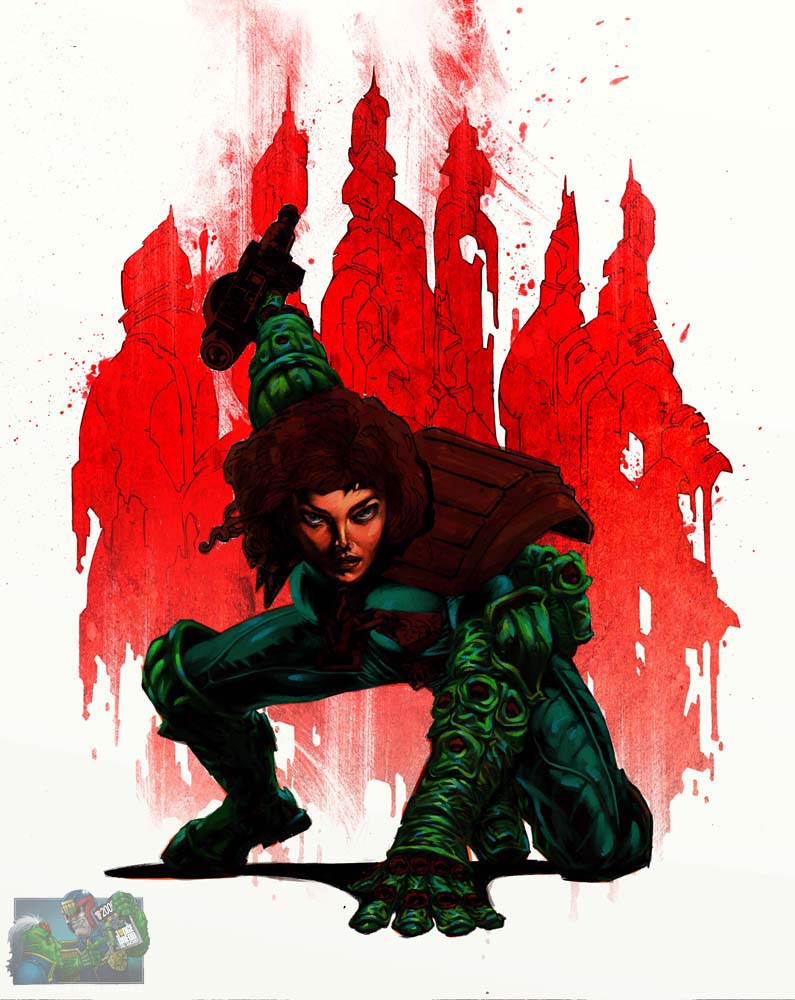 "Psi-flash! A dog vulture is going to crap on my head? Fire!"
More uniform details added...﻿ 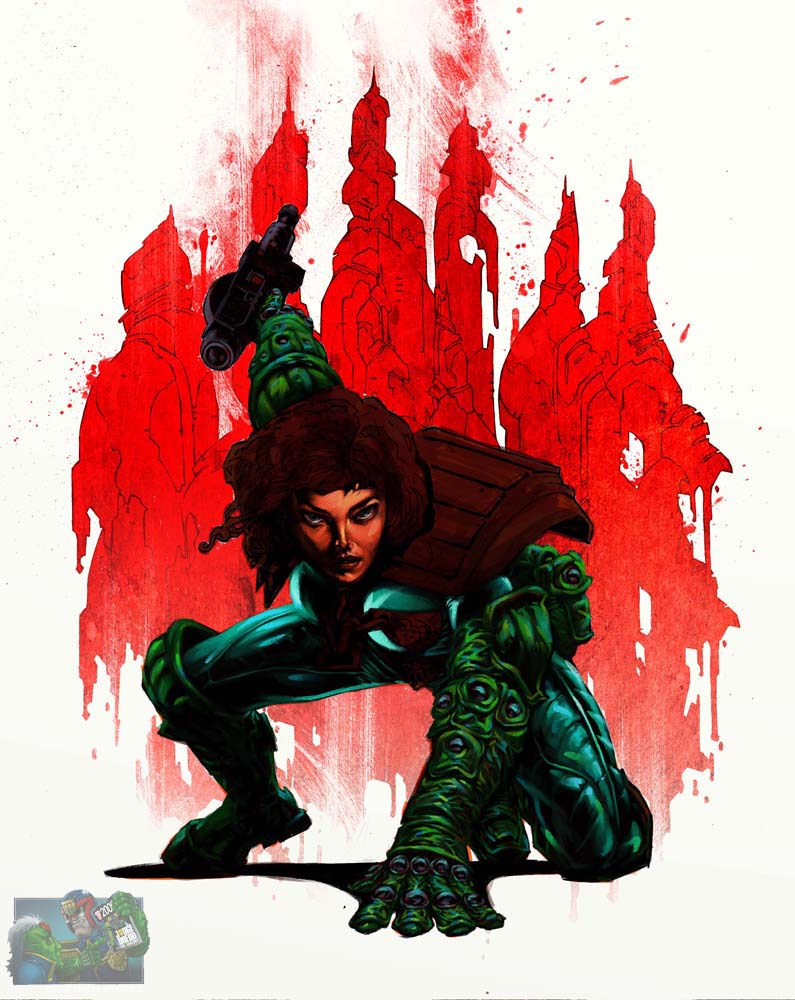 Anderson in her brunette phase
Almost there as the pads and badge are added... 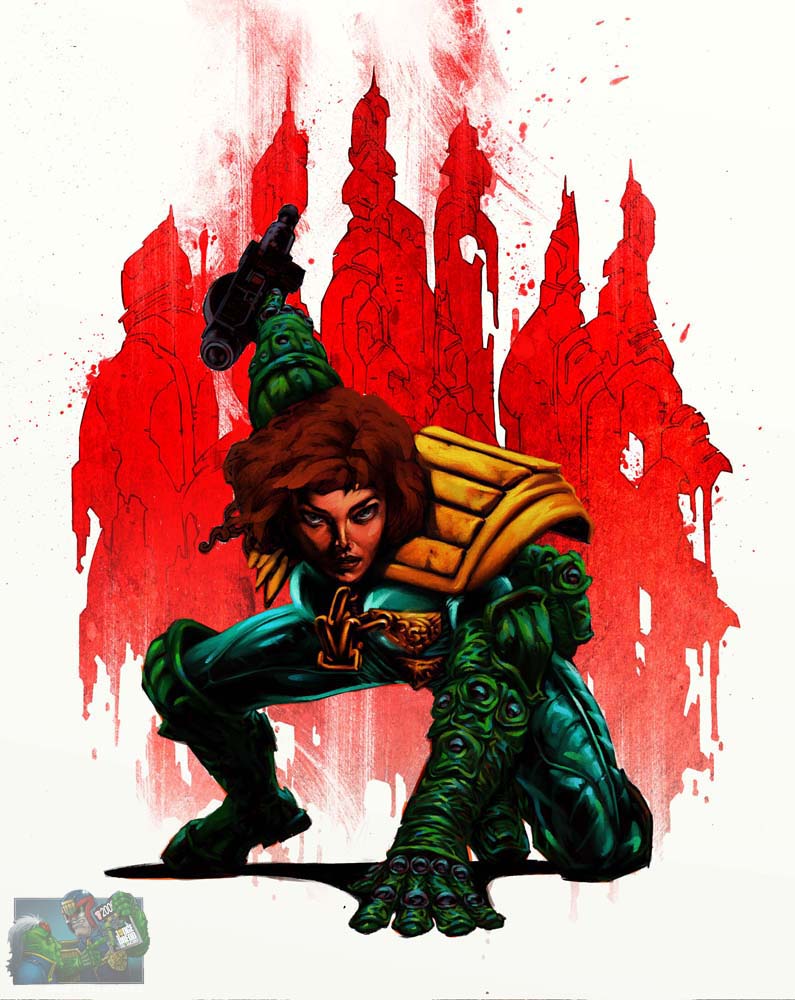 Anderson prepares to do a Paula Radcliffe...
Siku gets the digital peroxide out as well as adding highlights to the piece. That's a really stunning painting...﻿ Oooh Vic, I've fallen!
And here's how it looks in your local thrillmerchant's store, lovely! 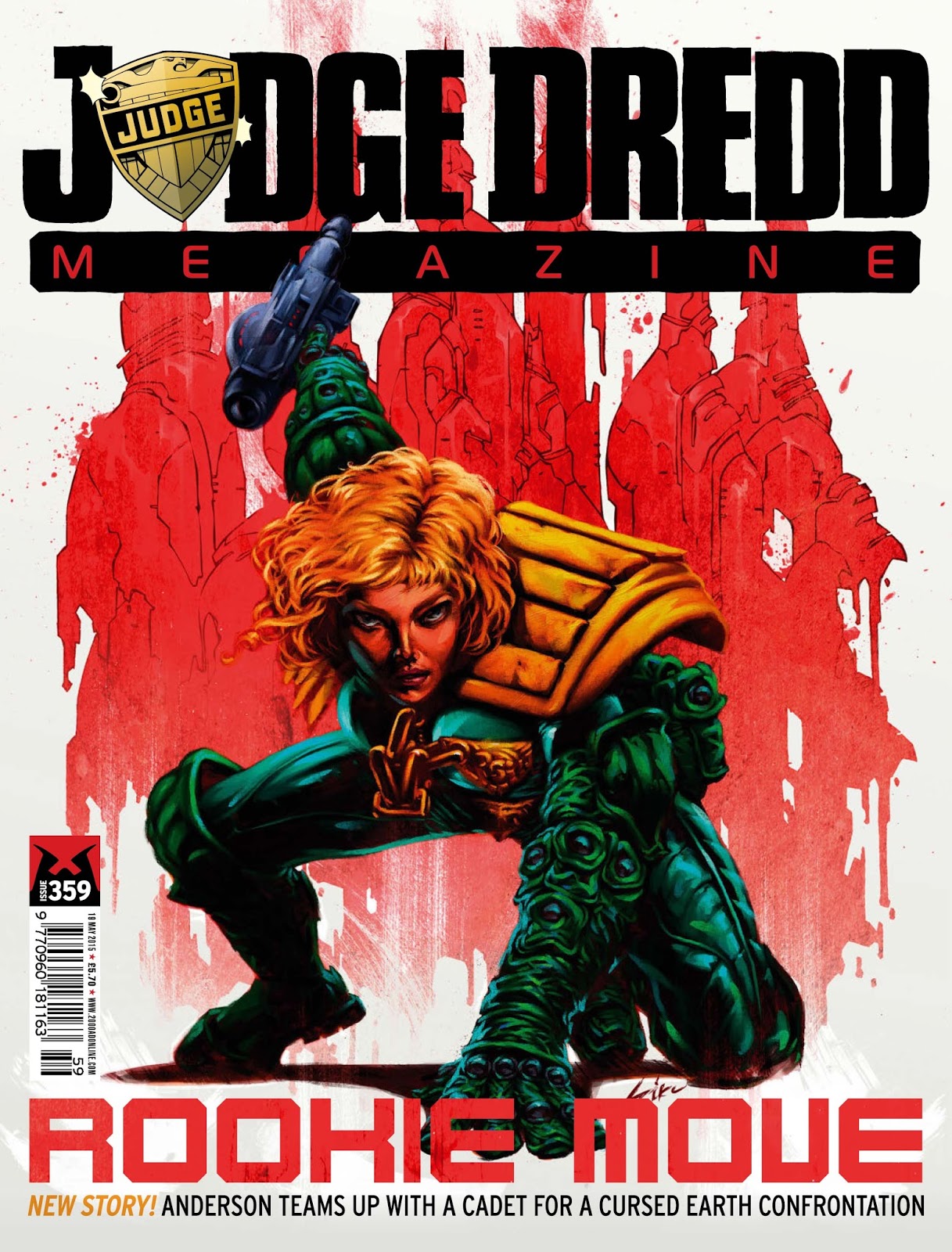 On your marks, get set, go!
HUGE thanks to Siku for sending these beautiful images, such a cool cover that doesn't resort to cheesecake. Be sure to check out Siku's website which has some breath taking images on it. Meg 359 is on sale now!
Posted by Pete Wells at 07:41