IDW Dredd - Brendan McCarthy stands on the shoulders of giants. 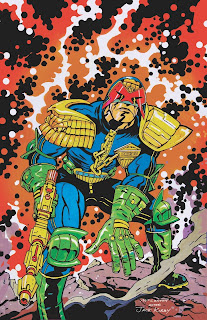 IDW have been absolutely brilliant in terms of delivering a host of stunning Dredd covers by some of the biggest names in the business. They continue this tradition with issues 13-16 of their ongoing Judge Dredd series by commissioning a series of absolute beauties by the sublime Brendan McCarthy. In each, he channels the work of some of industries' founding fathers to produce a dazzling series of classics who's origins are instantly recognisable whilst still adopting his own 'Digidelic' style.

Below we have Brendan's Jack Kirby take for Dredd issue 13. The image boasts a fizzing, broiling galactic background and typical dynamic, extreme pose. Beneath that I've put a couple of examples of Kirby's work that compliment teh image rather nicely... 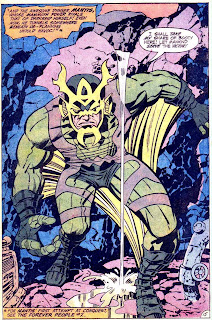 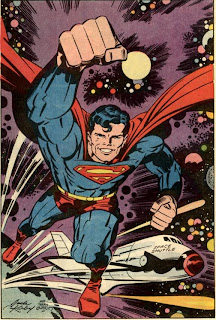 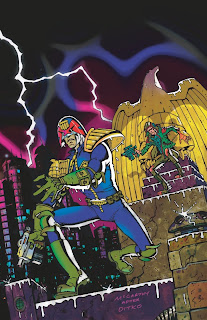 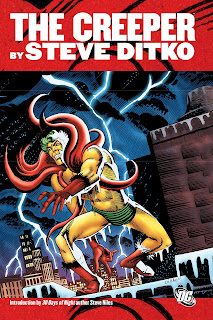 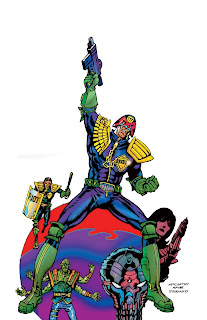 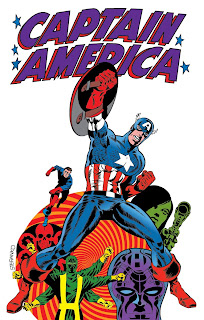 Finally, Issue 16 takes inspiration from Silver Age artist Carmine Infantino. The artist is arguably most famous for his recreation of The Flash, however Brendan has chosen this Batman cover to pay homage to this particular legend. 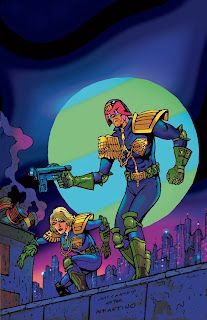 Dredd and the girl who knows what you're wondering...

Batman and the Boy Wonder


It's always great to see Brendan's work and I've really enjoyed seeing him pay homage to artists who have obviously been so infulential on his career. The images were stolen from Chris Ryall's excellent Tumblr site, be sure to check it out for lots more Dredd goodies!
Posted by Pete Wells at 00:06