Cliff Robinson and Dylan Teague - Feeling tyred and run down! 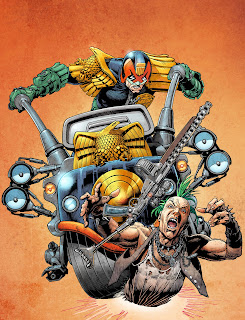 Cliff Robinson is back and man, I LOVE this cover, it's pure Robinson brilliance! I always enjoy a cover from Cliff, but his Dredd ones never fail to blow me away, he's the master.

As ever, the cover has been coloured by Dylan Teague who has done an exceptional job.

Below we see Cliff's thumbnail sketch... 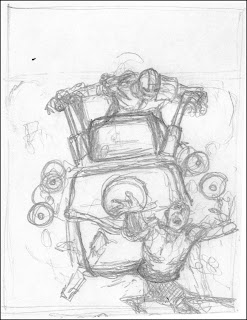 Keep death off the roads...

Next he begins to construct the Lawmaster, loving those fat firerocks! 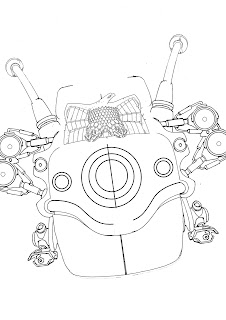 "He rides a huge, fat-wheeled motorbike towards a point of brightness" Name that quote!

I asked Cliff about the Lawmaster, he said 'I originally pencilled and inked half of the bike and then flipped it. It's actually a swiped image from one of my earlier Lawmaster drawings which appeared as a splash page from an episode of the 'Dragon's Den story.' Waste not want not!' 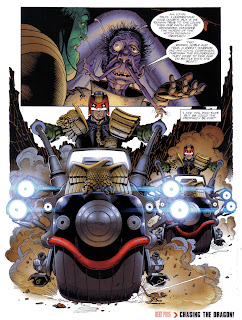 Next Cliff begins to sketch in the the other elements of the image - grumpy lawman? Check! Squished perp? Check! 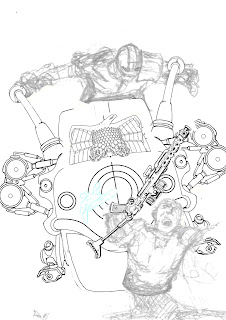 Over on the 2000AD messageboard, Steve Longdon pointed out that the gun the perp holds also made an appearance in his brilliant Judge Minty commission, cool! 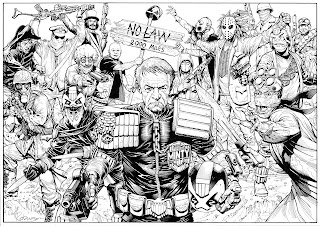 The sketch is pencilled up and looking awesome... 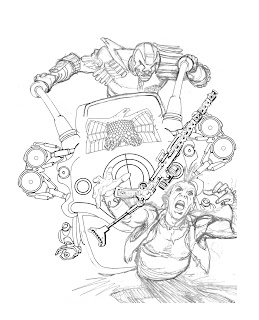 Before being scanned and turned to blue line, ready for inking... 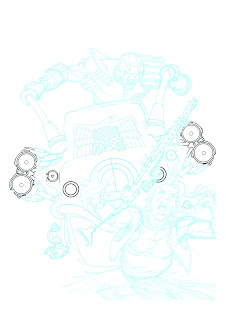 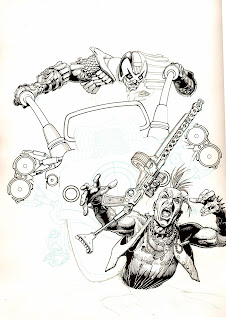 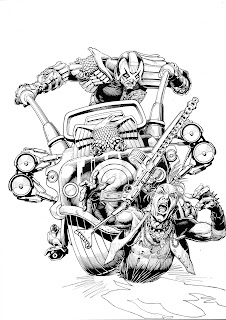 The inks are then sent to Dylan for colouring. He's done a fantastic job here, the colours really pop and that orange really catches the eye.


Thank you to Cliff and Dylan for sending the images for one of my favourite Dredd images ever!
Posted by Pete Wells at 01:14