Yes!!! I've been following Ryan Brown's amazing work for a while now so I'm delighted to see him get his own 2000AD cover. Over the last couple of years we've seen him colour the work of heavyweights such as Greg Staples, Simon Bisley and Glenn Fabry but the cover of Prog 1929 is all Ryan, and it's a drokking corker!

Ryan was kind enough to send some zarjaz images and some insight into his process. He said "I start with a few scribbles on paper, very very rough, the kind that goes straight in the bin afterwards so no one ever sees them! Next I get a few reference images or sometimes take my own reference images..."

Ha! Next time Ryan must send some of those! He continues "After that I go straight to painting on Photoshop. I work really rough at first, trying to get the overall shape. It's almost like working in clay rather than lines, if you know what I mean." 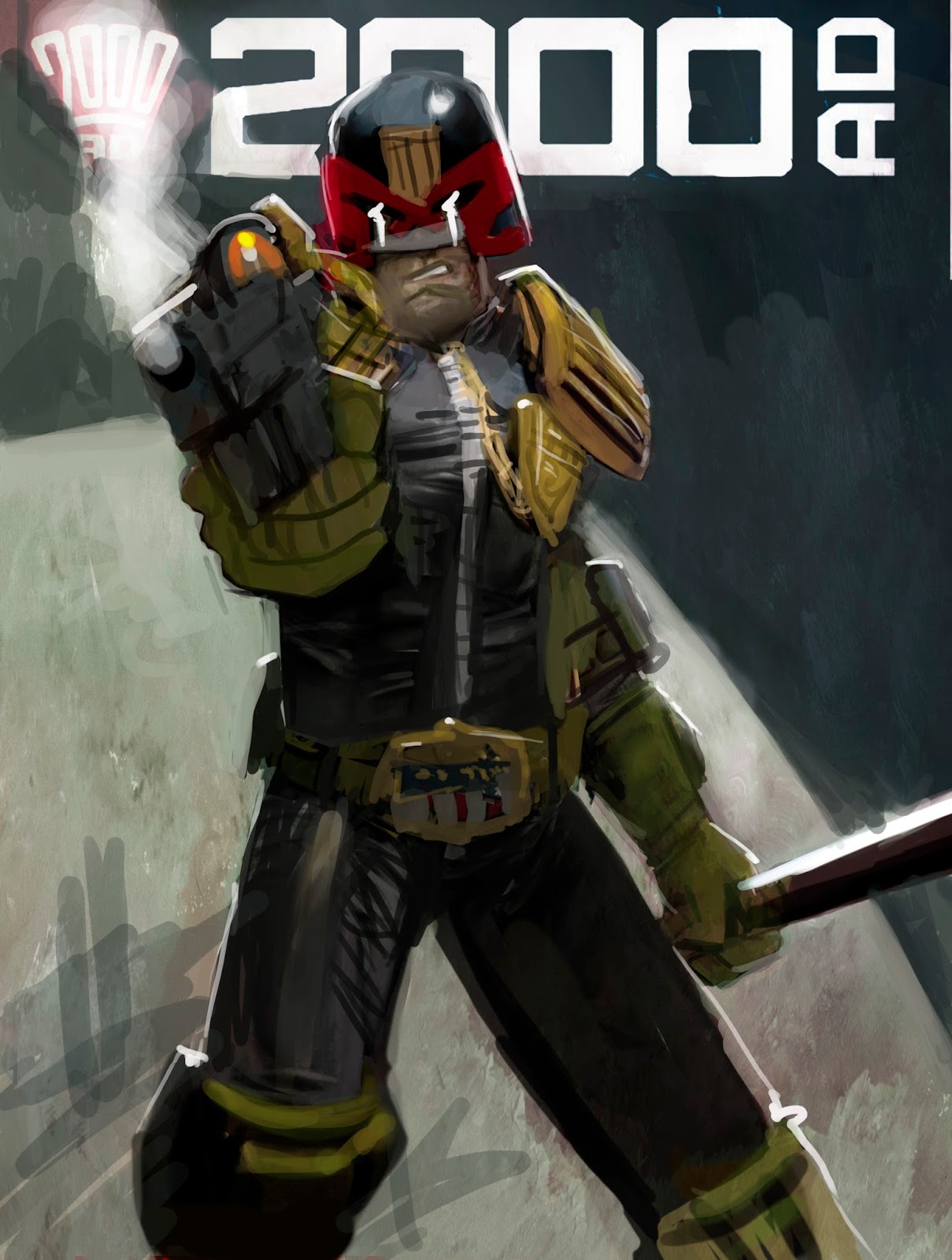 Ryan continues "I like to paint in Photoshop using the standard brush and try and keep it as close to traditional as possible."

That's the last time the Jehovah's Witnesses will knock on Dredd's door.﻿


﻿
Over on his Deviant Art page, Ryan has been delighting us with some outstanding 2000AD related images over the last few months. Below is a gloriously grim headshot of everybody's favourite grump... 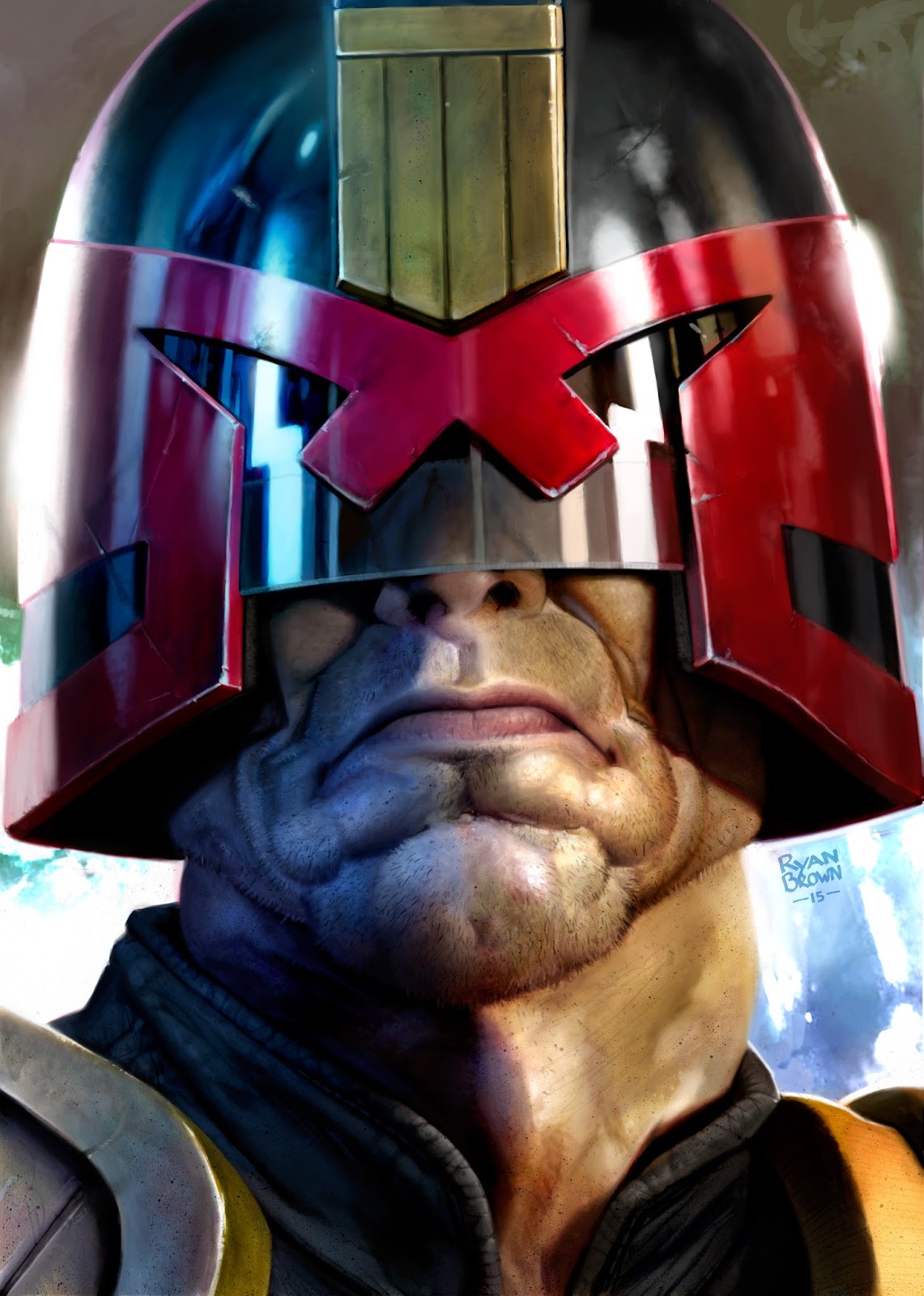 Old Twisty Face
And another excellent Dredd, I really like the design of his gloves on this.﻿ 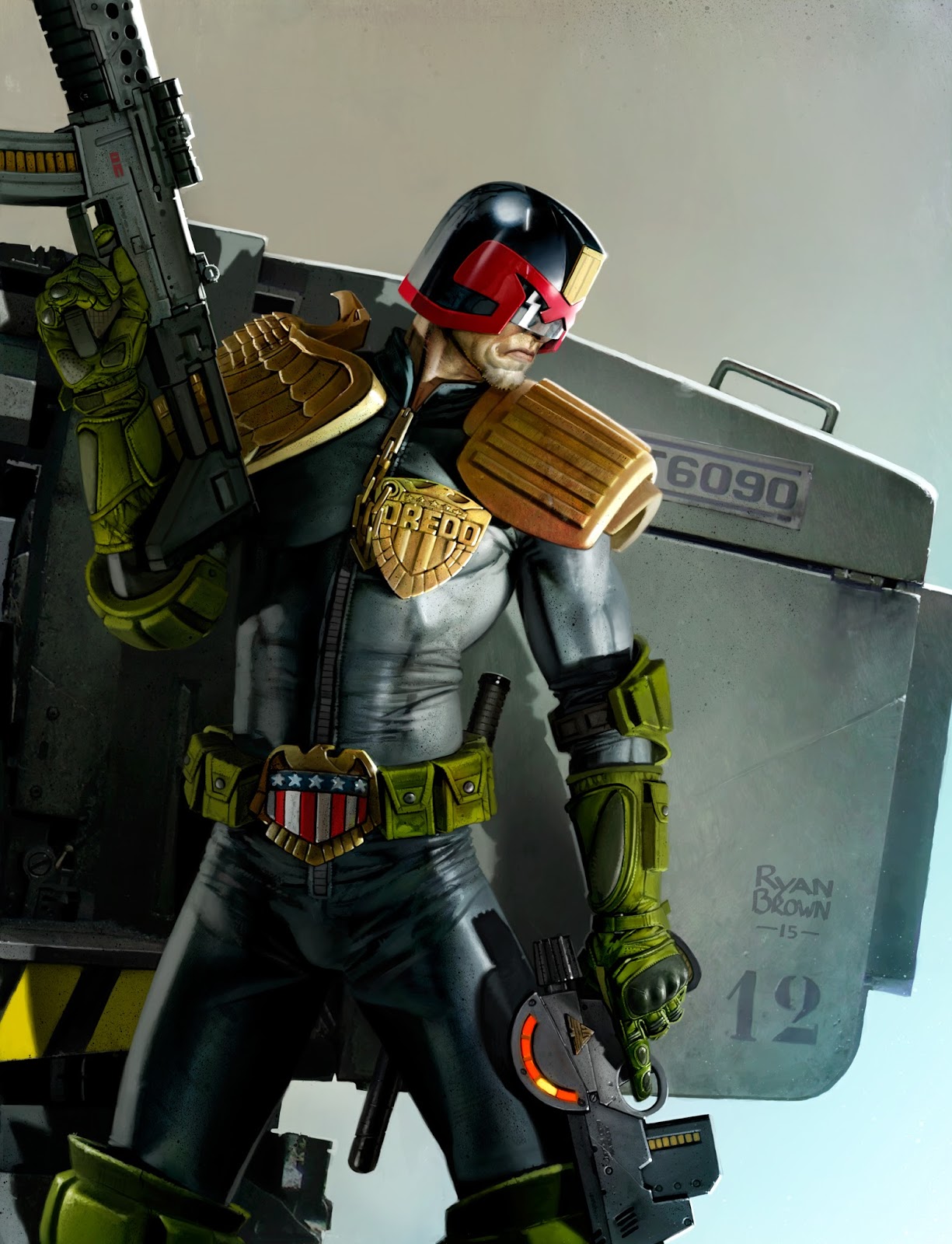 ﻿
Dredd is seriously packing here, and I'm not talking about his guns...
﻿
Then there's this delightfully trippy Mean Machine and Anderson... 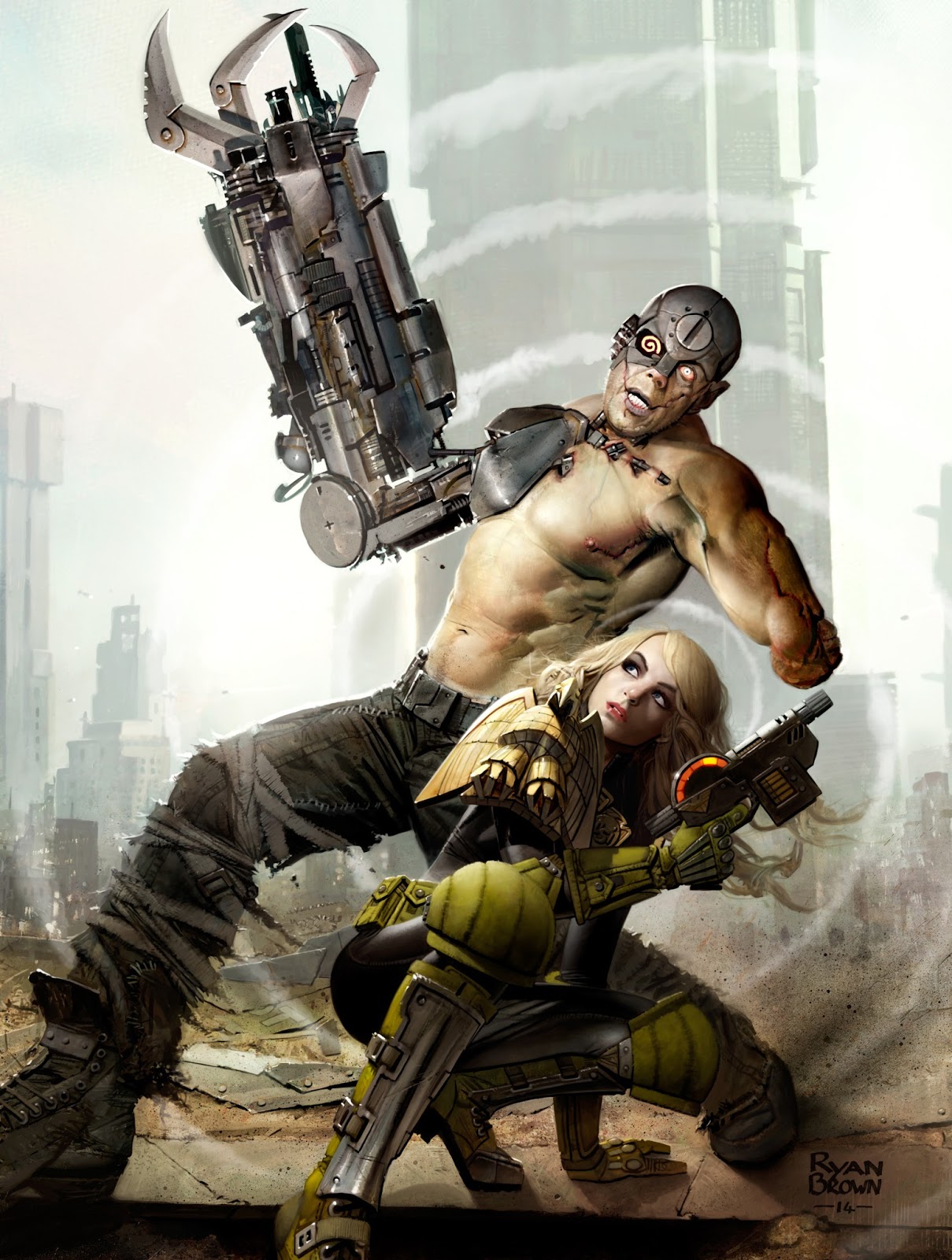 Anderson tried a stint as living furniture after leaving Psi-Div...
﻿
And Ryan's newest piece is this astonishing Munch-esque, Judge Death! 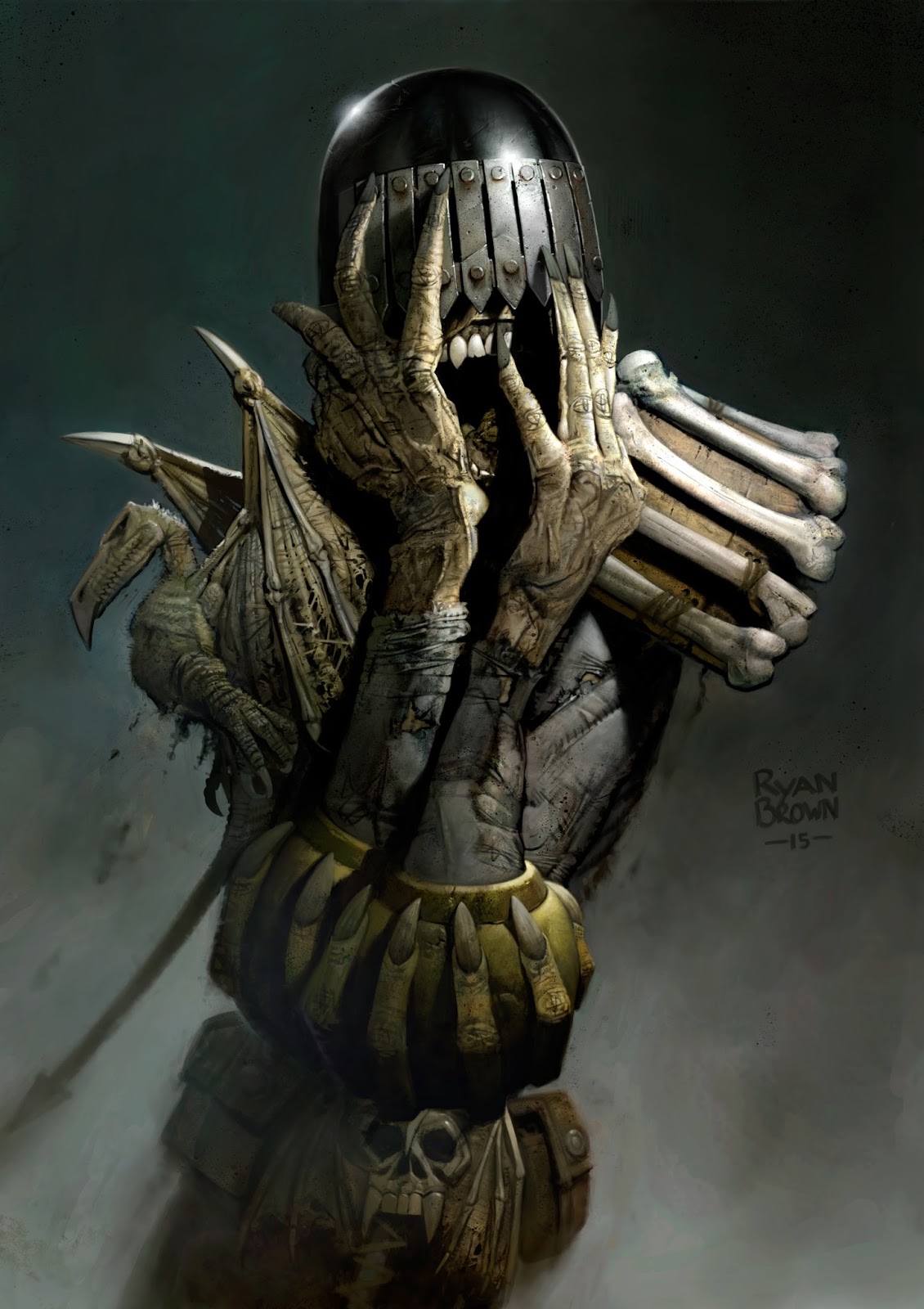 Joe's cyber-mam always stitched a name tag on his jacket
Ryan is keen to give props to some of the heavyweight artists he's worked with in the past. He says "I'd like to mention that I've been privileged to work with some of the greats. Simon Bisley, Glenn Fabry, Greg Staples, Liam Sharp and Matt Wagner. All of them are incredibly inspiring artists and lovely people."

It would be rude not to celebrate some of those collaborations, so let's start with one of my very favourite Dredd images of recent years, Greg Staples and Ryan's outstanding Lawmaster in the rain cover for IDW's Judge Dredd Year One. This image blows me away every time! 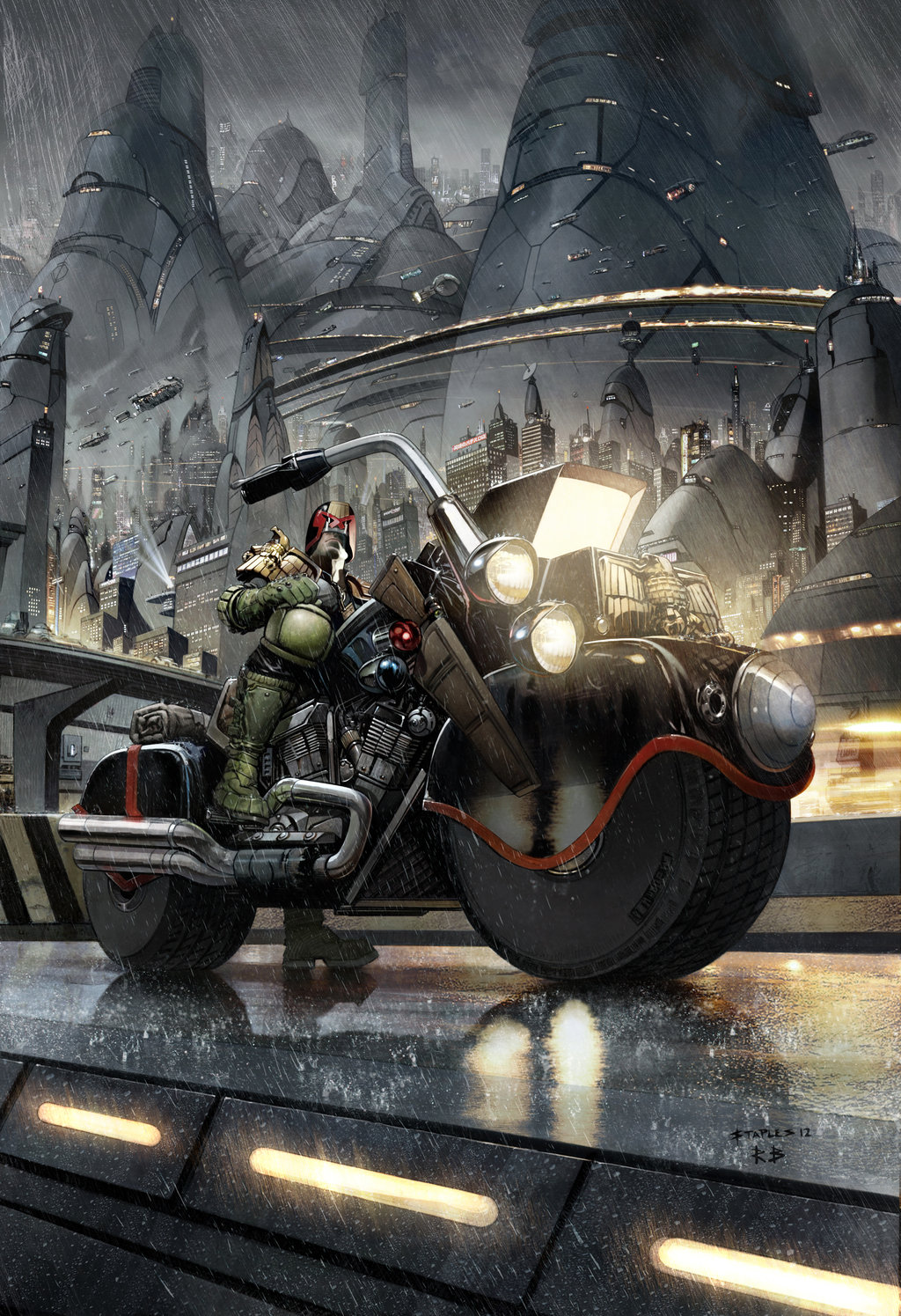 Pissing down again!?! I hope they kept the receipt for Weather Control...﻿

Here's the Apocalypse War themed cover for Year One, issue 2... 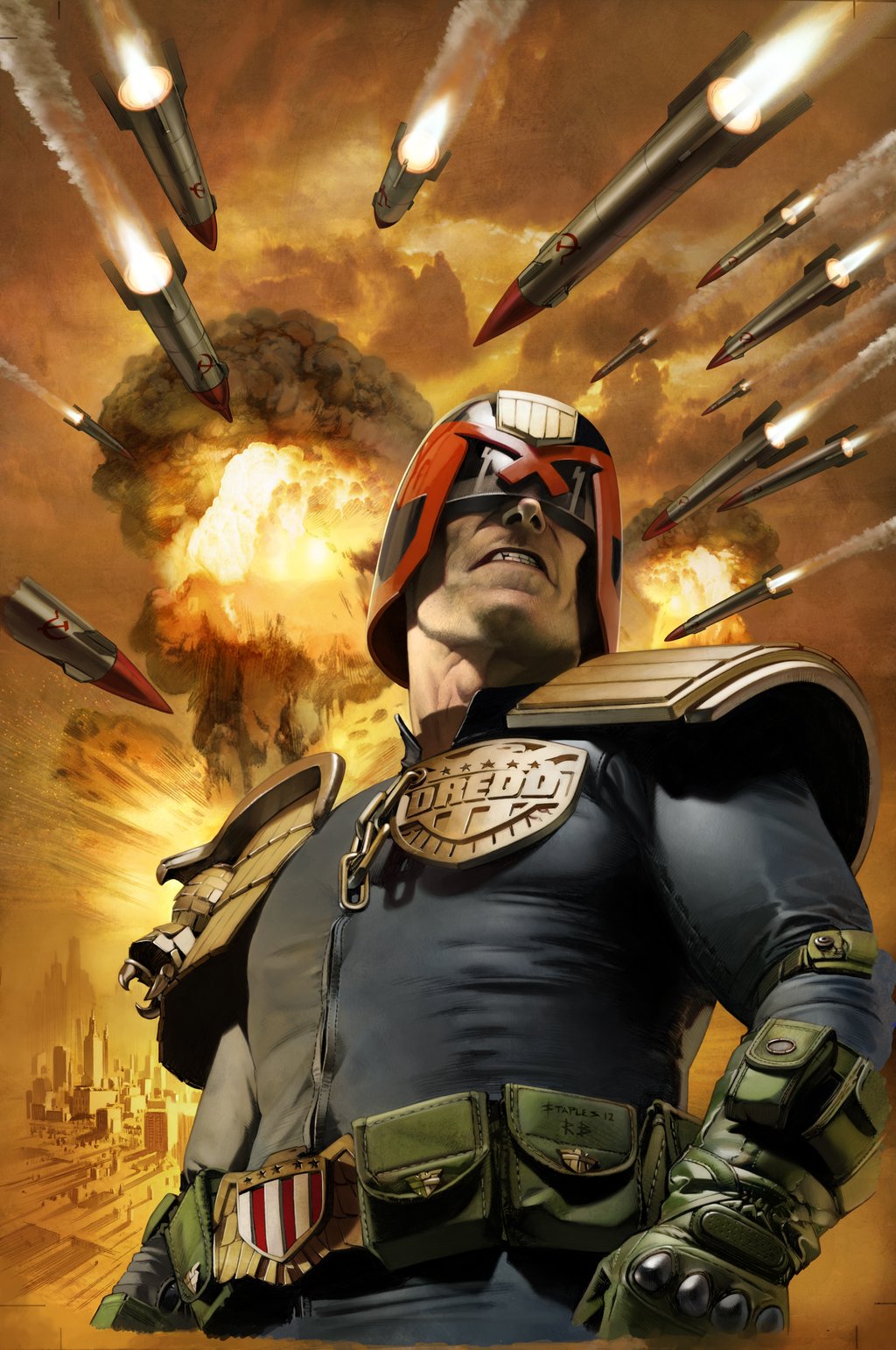 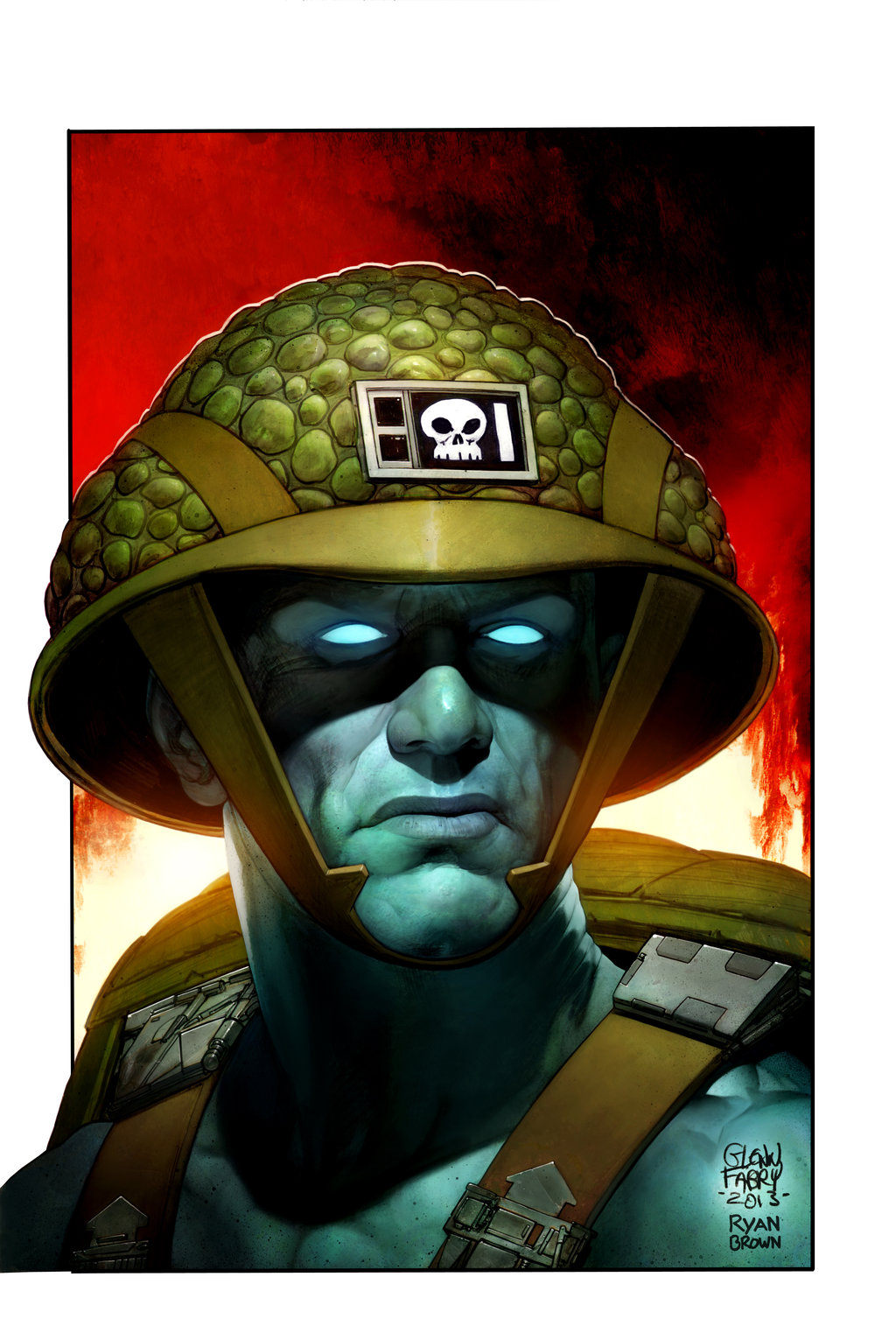 Tharg's blue eyed boy
And the two worked together again on the Rad to the Bone cover of MEeg 348...
﻿ 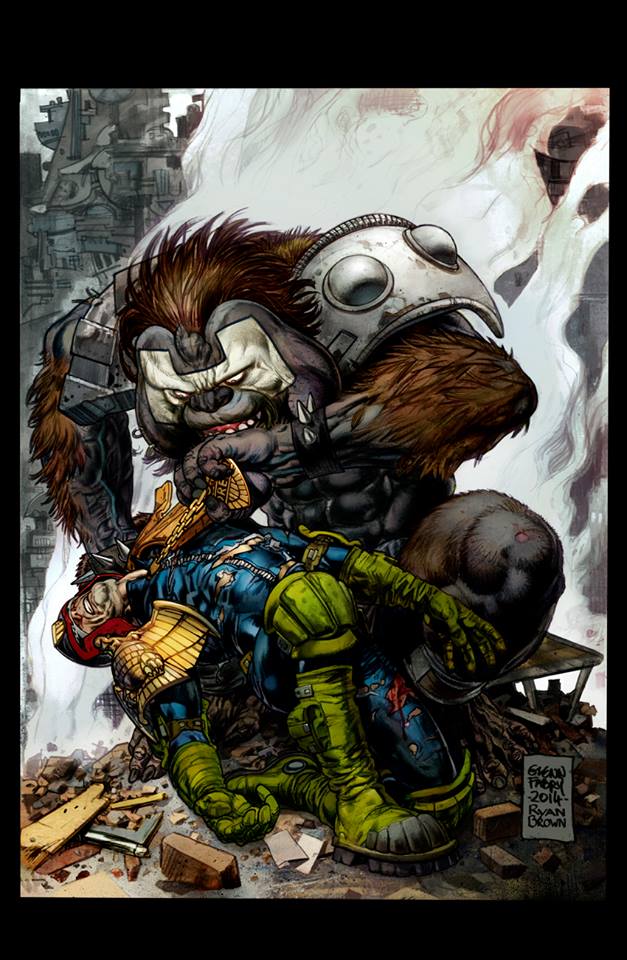 Dredd's masseuse was a bit heavy handed...
And here's how the cover of Prog 1929 looks in your thrill merchant, so drokking cool!﻿ 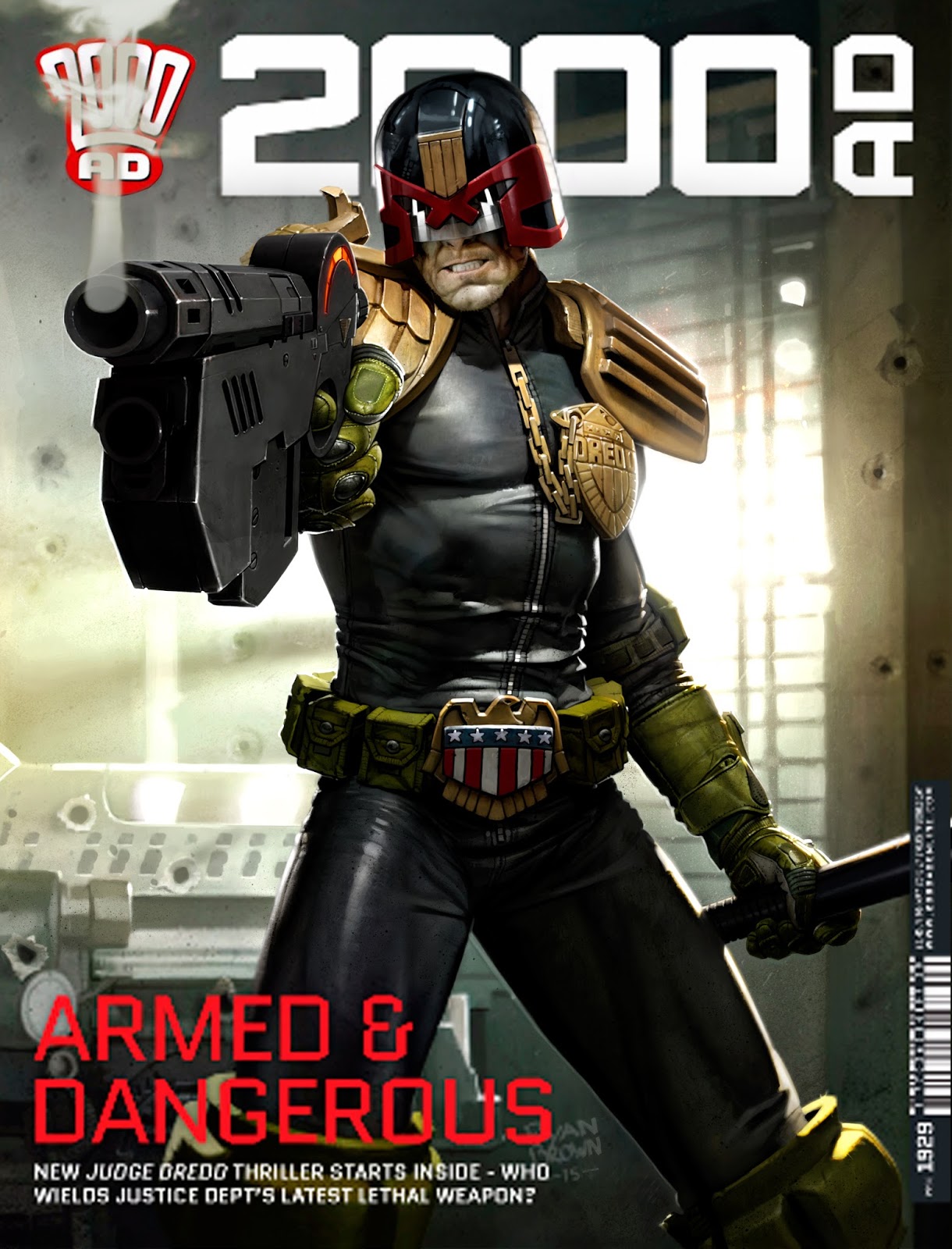 Son of a gun!
Huge thanks to Ryan for sending the images and write up, I'm a massive fan of his work, he's definitely one of the most exciting artists I've seen in a while. Here's to many, many more covers from this talented droid!﻿
﻿
Posted by Pete Wells at 12:00