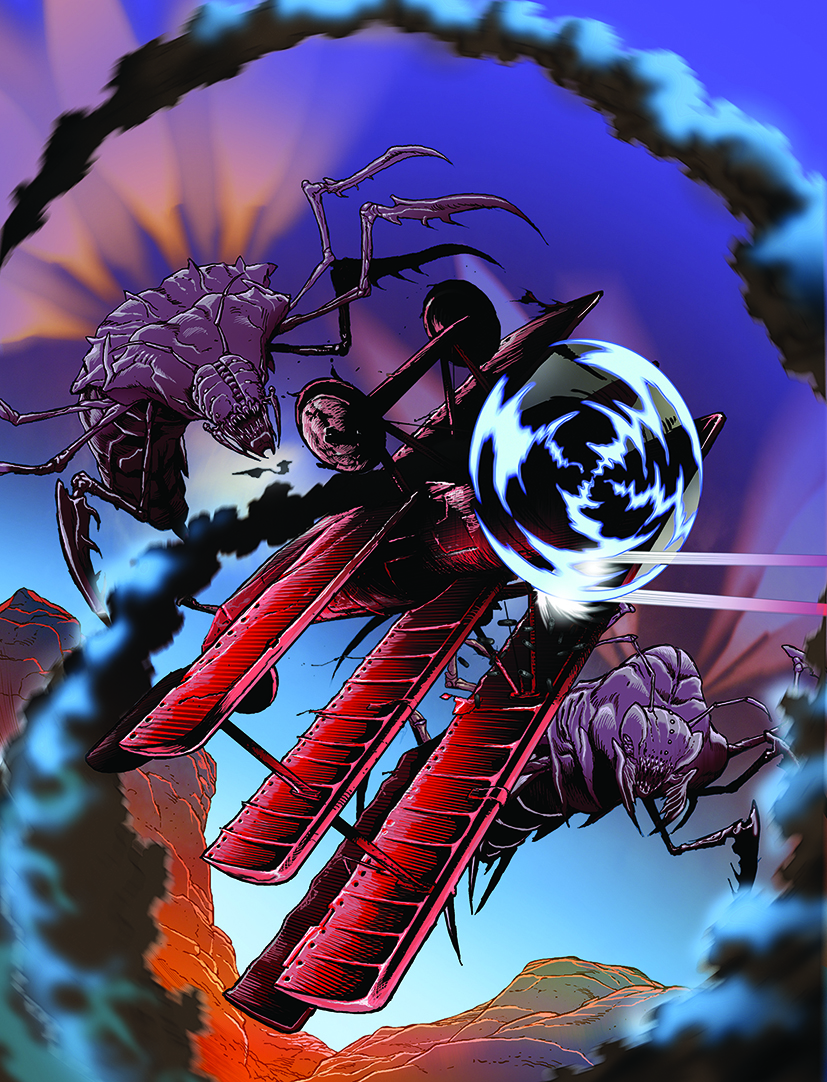 Well how's that for an action packed cover? Absolutely amazing work by Kingdom artist extaordinaire Richard Elson, now that's a Dogfight! The cover depicts Nick Rogue battling a couple of terrifying Stingers in the skies of Australia - only in 2000AD folks!

Over to Richard to tell us how this awesome cover revolved... I mean, evolved"

"Tharg asked for a cover based around the scene of a dogfight between Nick and a couple of stingers that is set up in part eight of Kingdom. Three roughs for this cover - luckily number three got chosen with no changes. Tharg liked that there was a clear view of the plane in that rough."

These roughs are amazing! Such energy and dynaism, stunning!

"I flipped the image, turned it to blue line, then inked the plane. Dan described Nick’s plane as - ‘a Sopwith Camel-type with twin machine guns firing through the prop. It could even be a Red Baron-type tri-plane.’" 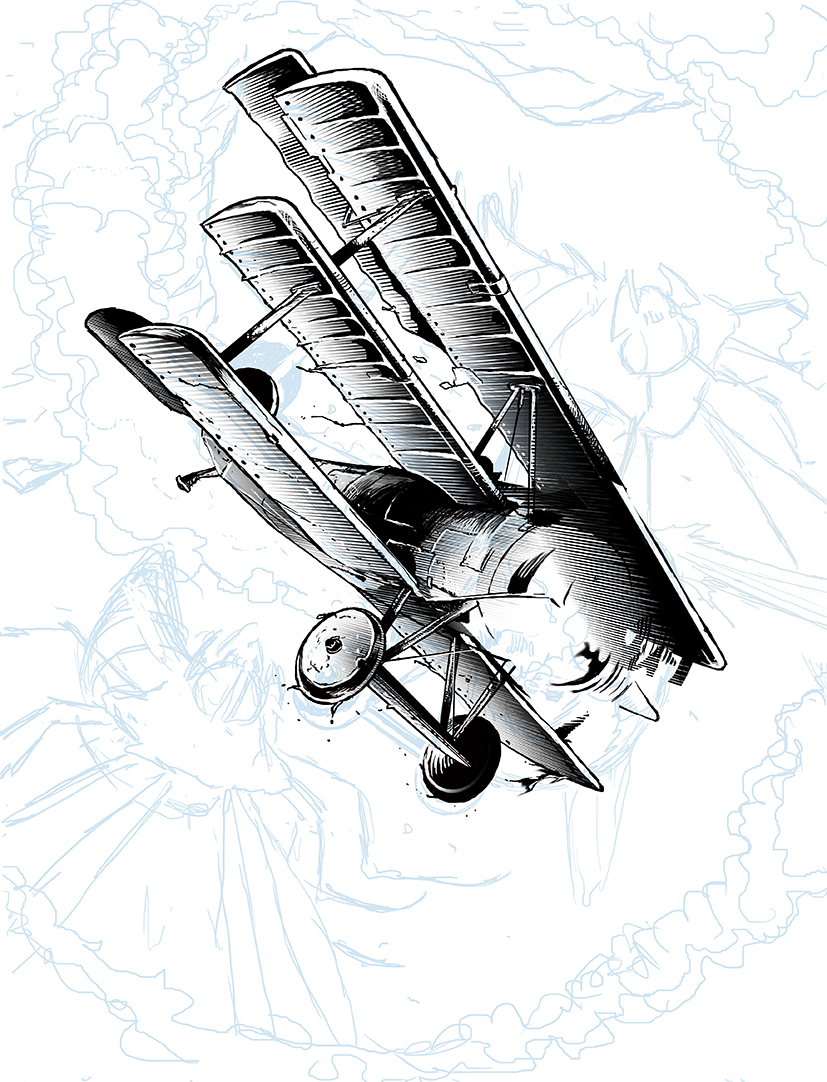 Those magnificent dogs in their flying machines

"I then flipped the page to it’s proper orientation, drew in the stingers and added the effects elements that would be rendered in colour on separate layers." 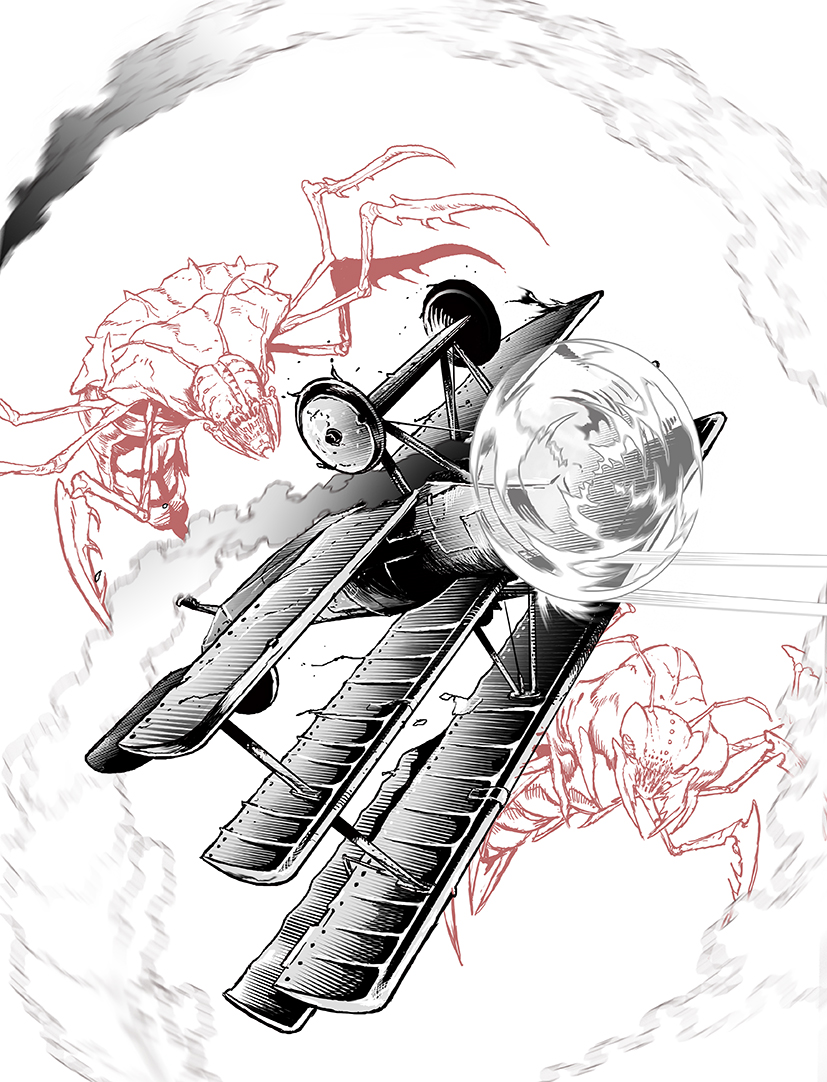 "Snowy! Snowy! I can see the pub from here!"

"Then on to the finished colour image with added bullet casings and wings on the stingers." 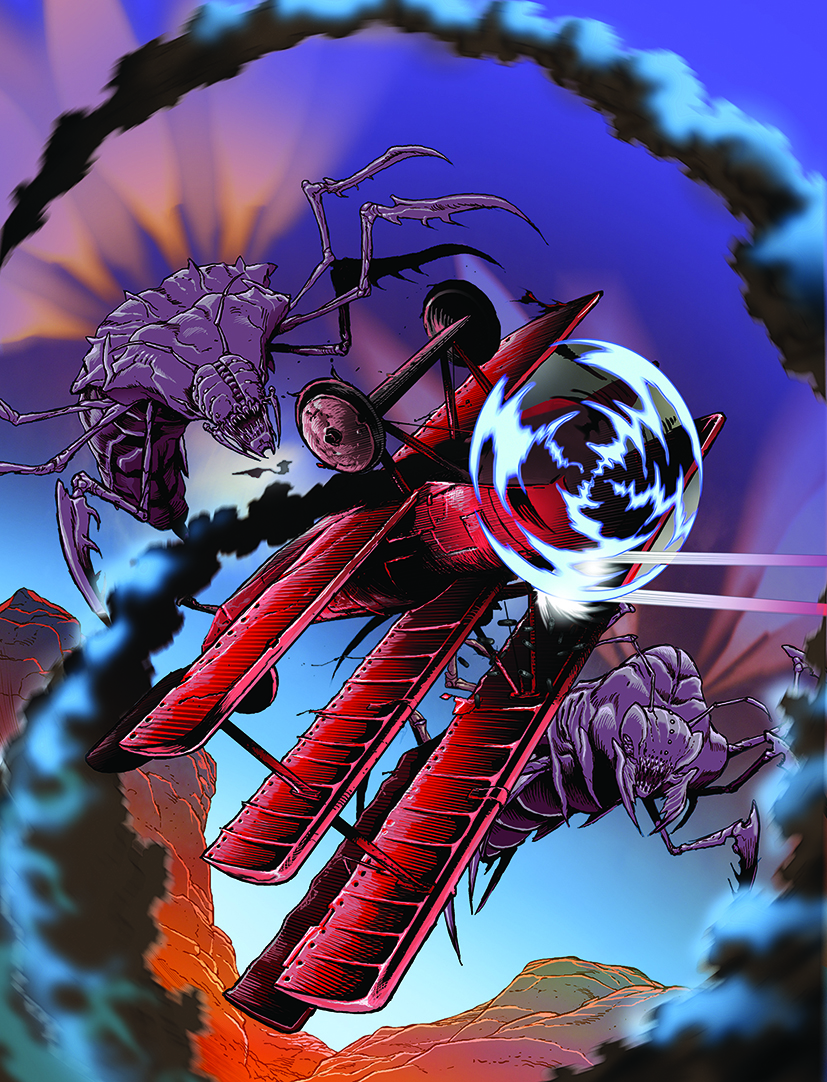 
"For some reason the file got corrupted as I was uploading it to the ftp site, so Tharg asked me to send the page over again (Maybe it was bugs, ha ha ha! - Pete.) Never one to miss an opportunity to mess about, I decided to up the contrast on the plane before re-submitting the final colours."


And here's how the action packed cover looks at you local newsagent! 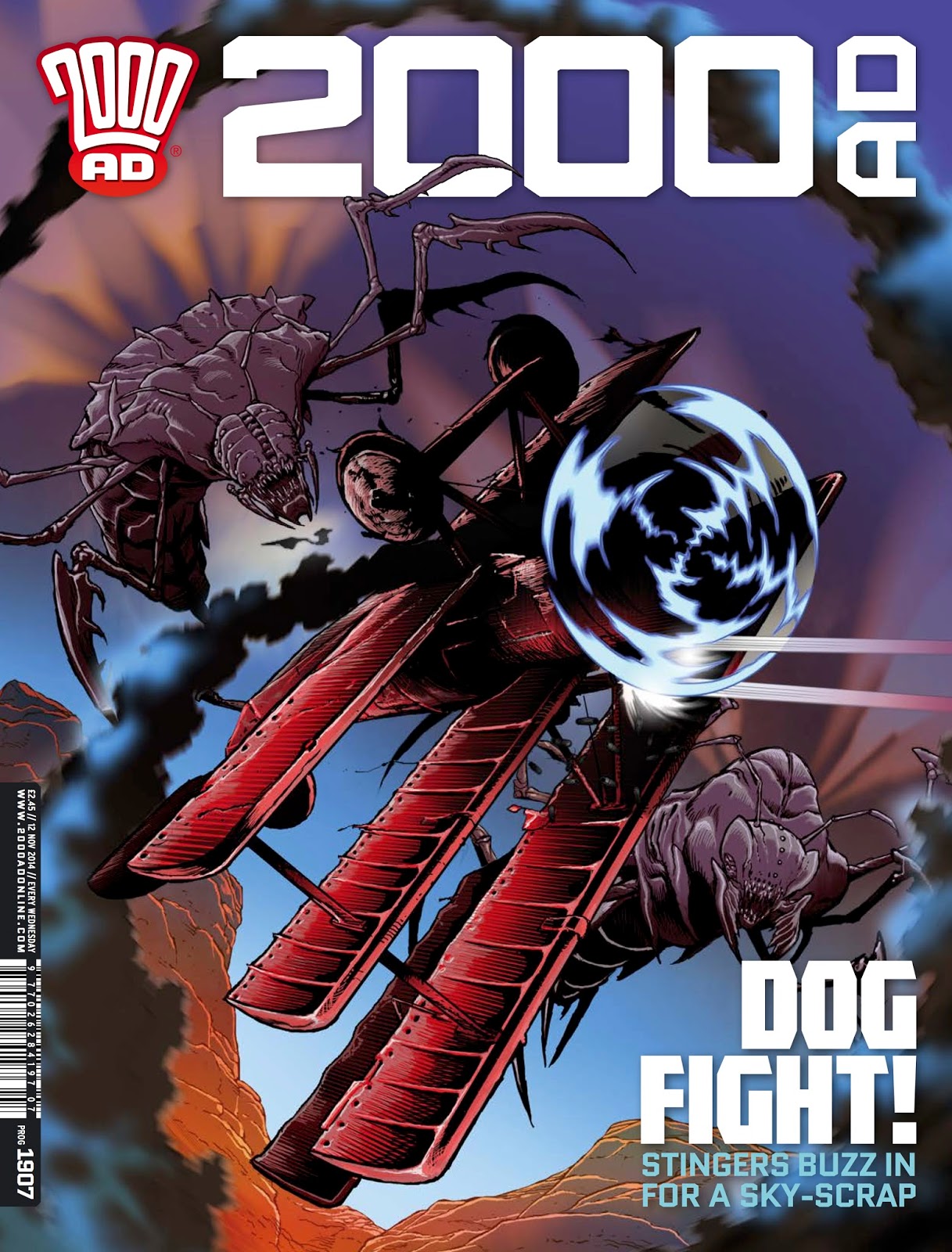 Nick couldn't hold his fart in any longer when the singers appeared!


Huge thanks to Richard for sending the images and breakdown. It's a brilliant cover that evokes memories of the war comics of old, with a brilliant 2000AD twist! Those colours are astonishing too!
Posted by Pete Wells at 03:23