Jon Davis-Hunt - Howling at the Moon 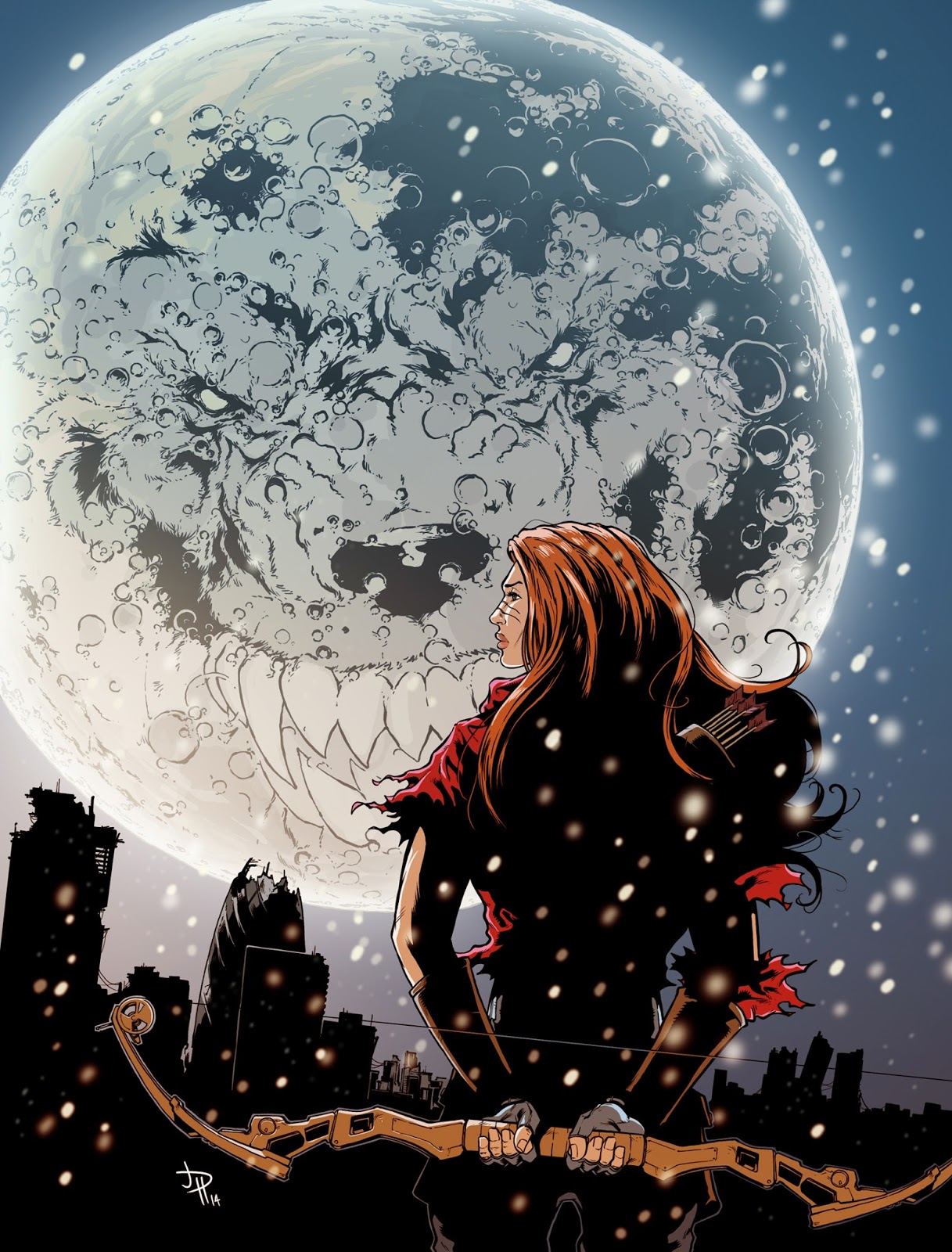 Rejoice Earthlets! This week saw the release of Alec Worley and John Davis Hunt's fantastic collected Age of the Wolf Graphic Novel. This nightmarish, lycanthropic story follows thirty five rather eventful years in the life of the headstrong heroine, Rowan Morrigun as she struggles to survive in a world overran by sentient werewolves.

The book is split into three arcs, with fifteen and twenty years between them, giving us some wonderful character progression and world building opportunities. It boasts an intelligent, roller coaster of a story with breathtaking visuals by the mighty JDH! Buy it today!

The very busy Jon (lead designer on Forza Horizon and recently announced artist on Gail Simone's new Vertigo series, dontchaknow?) took the time to send this breakdown of his awesome cover. Over to Jon, "This was my initial sketch. I'd thought about keeping the cover really stripped down and graphically simple, using the blue of Rowans gloves and trousers for the background, creating a nice negative space element inside the image. However, Tharg thought it needed more 'Wolfness' and so..." 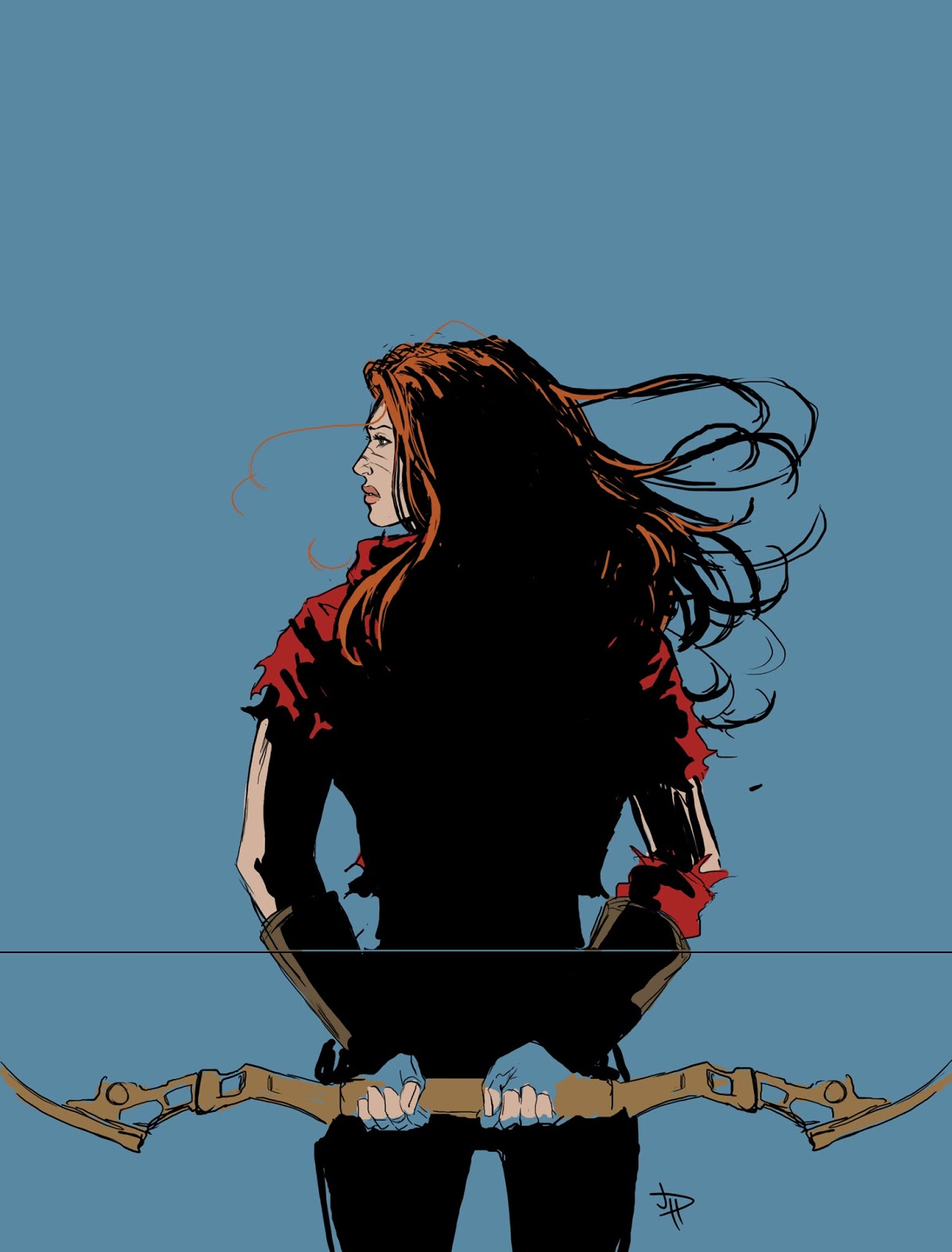 "When I moved onto the inks I skewed the image a bit and stuck in a bloody big wolfy moon! BOOM!" 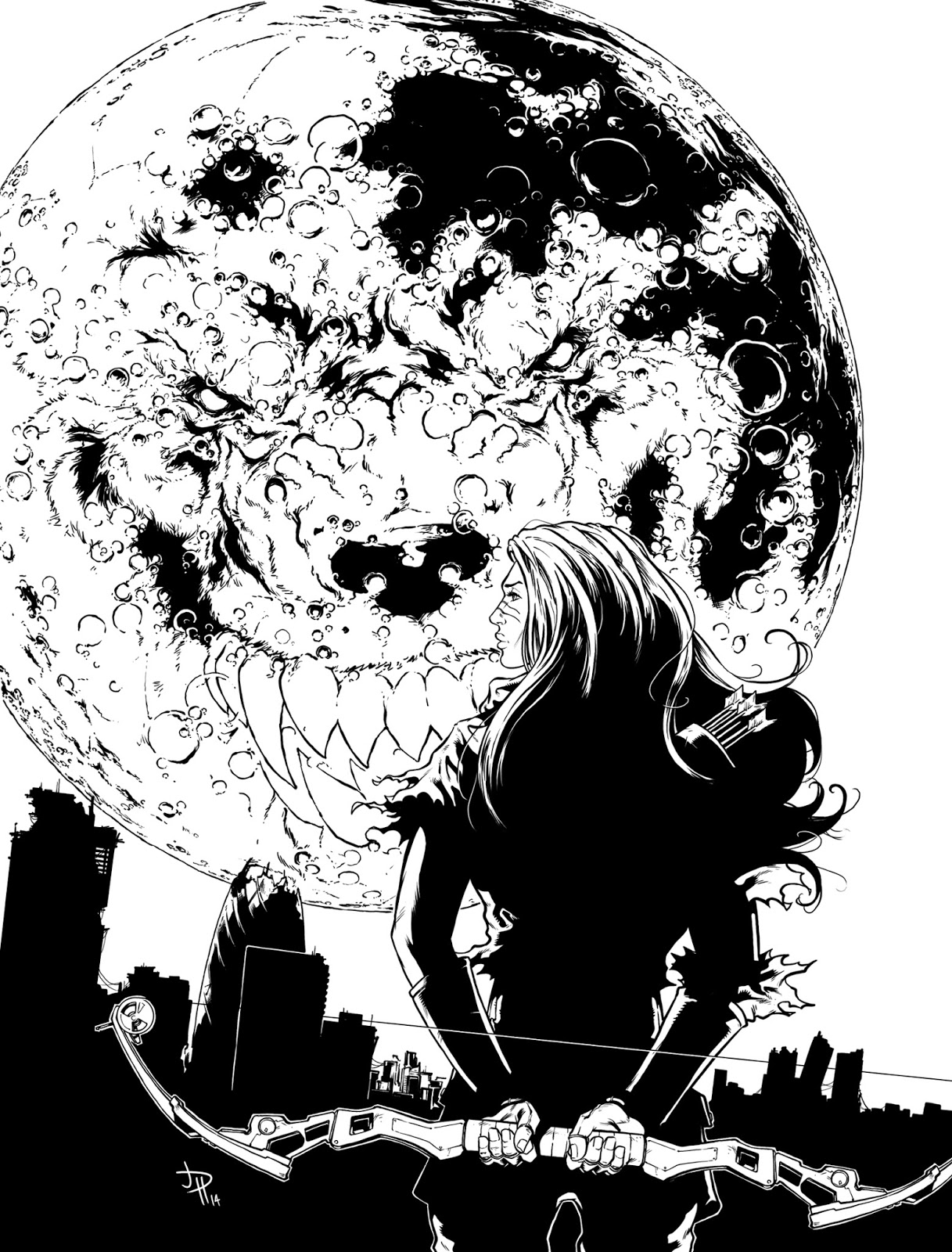 Yikes! Where did that come from!?!

"Finally, I added the colours and some snow (to tie in with the very first storyline)."

Huge thanks to Jon for sending the images and blurb! Go and buy this book, it's a great read!
Posted by Pete Wells at 12:42