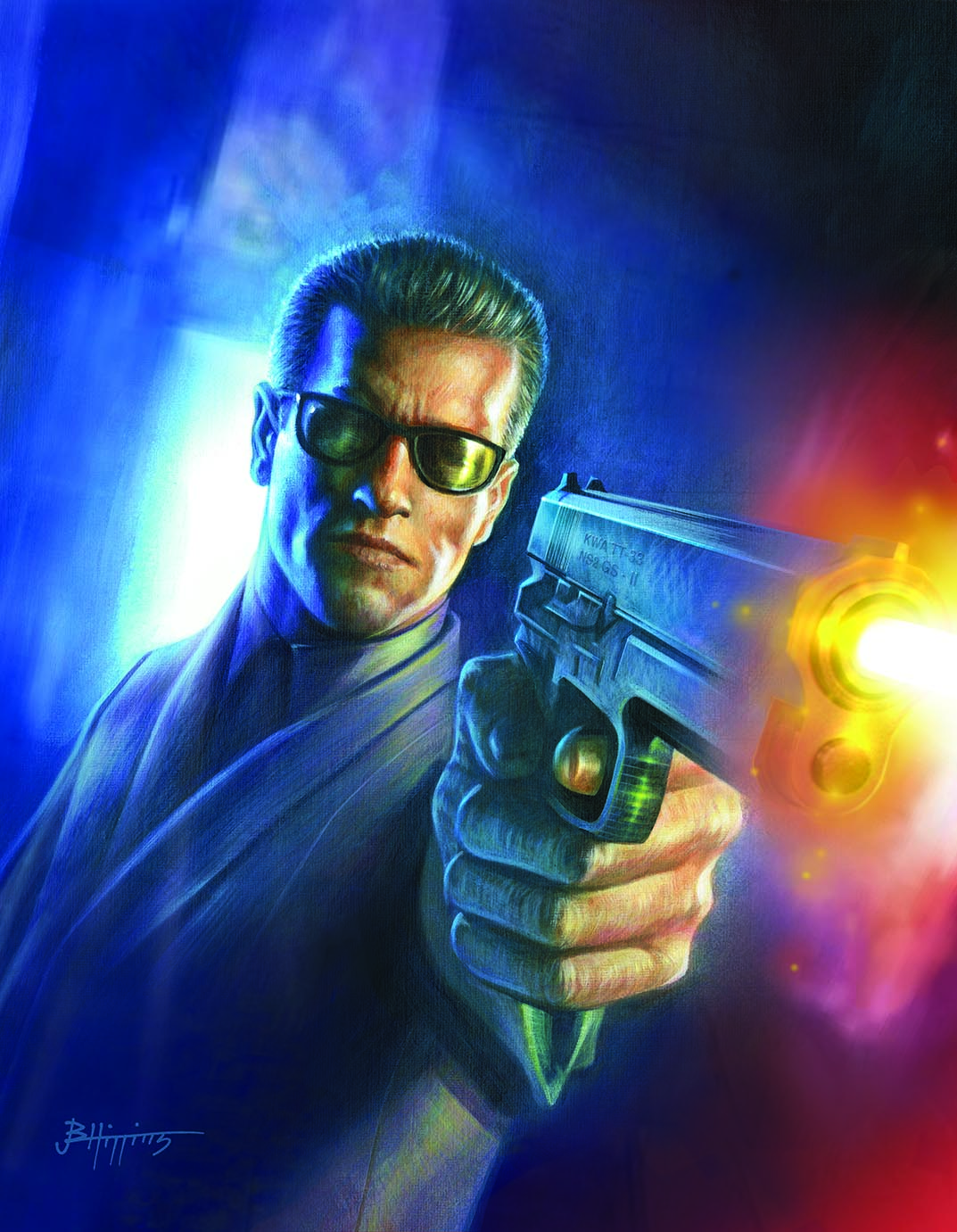 I love Greysuit! Pat Mills' writing is at its nastiest and most subversive (which is really saying something) and the real world setting, with its rank and privilege machinations and black ops murder, is delightfully unpleasant!
Similarly, John Higgins is at the top of his game in the strip. I've always been a massive fan of his artwork, the cover of Dredd annual 1988 being one of my favourite ever Dredd images. John's vibrant colours have always wowed me, just go back and read 'The Shooting Match' or 'Breakdown on 9th Street' to have your senses assaulted by his amazing colour choices. However, the grittier tone of the Greysuit strips is a real treat and the grimy palette adopted by Sally Jane Hurst means that is on to another winner! 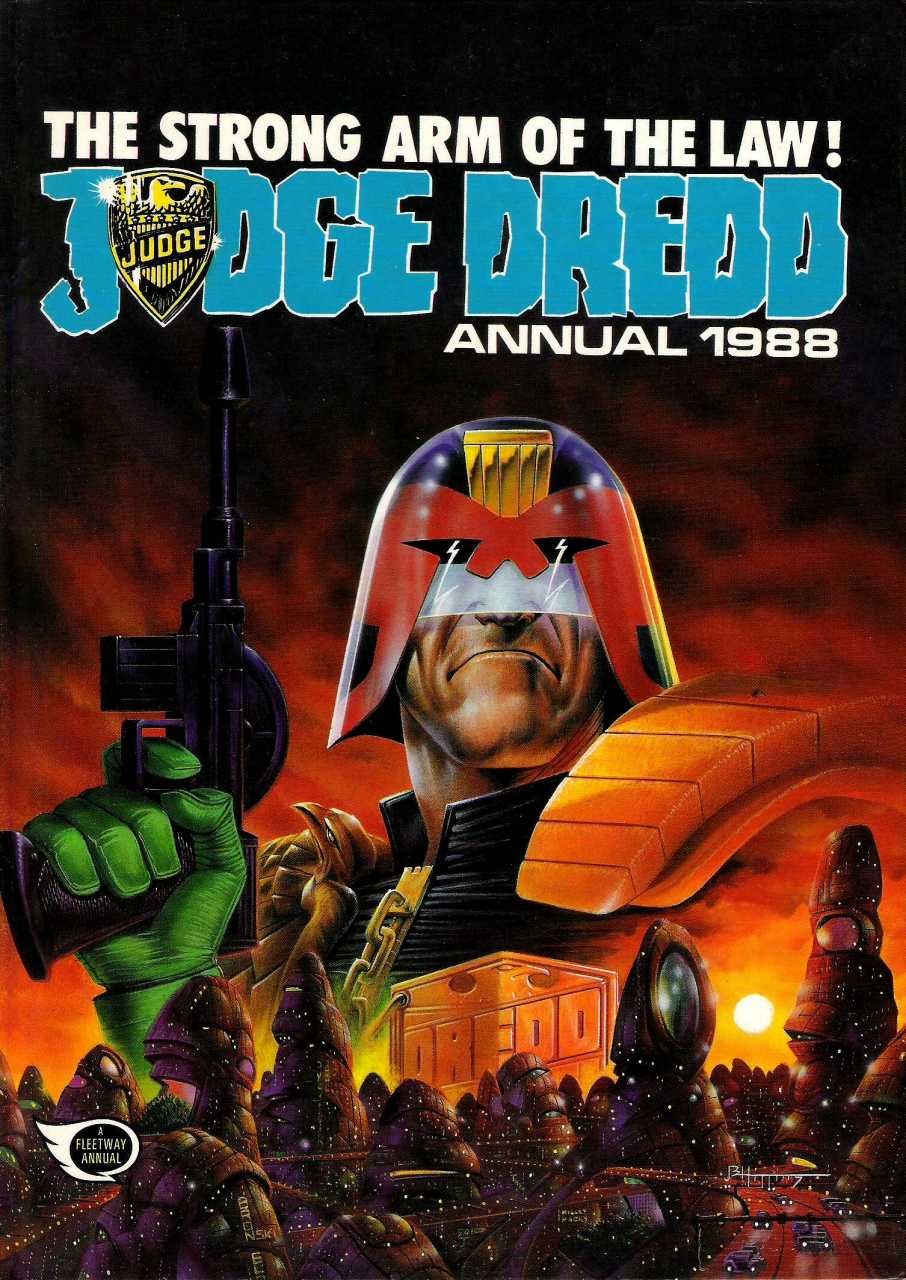 Dredd's model village was coming on a treat.
However, the cover of Prog 1906 made me grin like a loon! Maaaaan, those colours pop! It instantly took me back to 'The Shooting Match' way back in Prog 650. 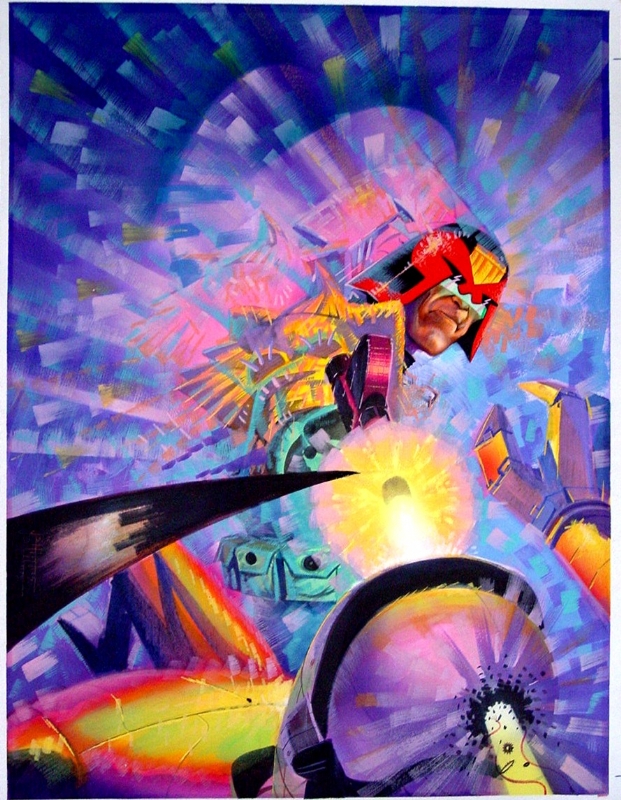 This cover is a 'Perfect One'
Below I've sourced a few covers of yesteryear that showcase John's bold, striking use of colour... 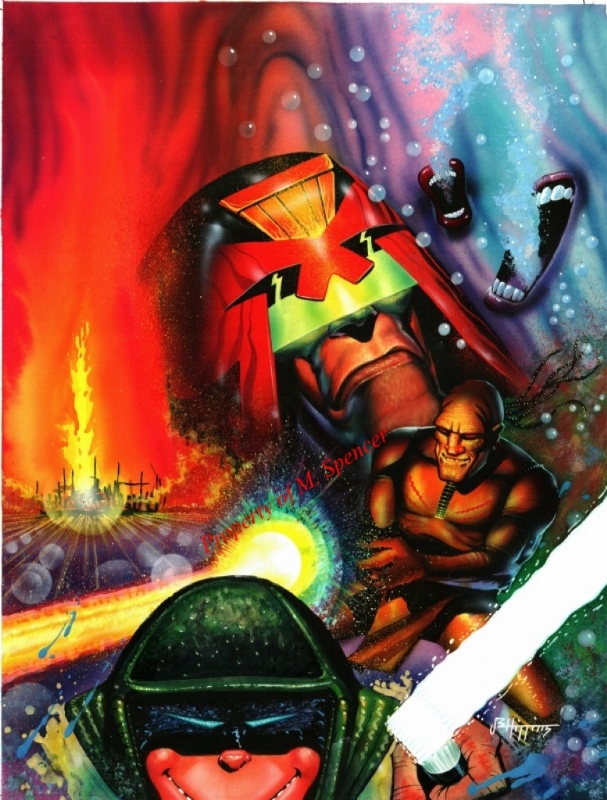 "Thank Harry for the Mopad Club!" 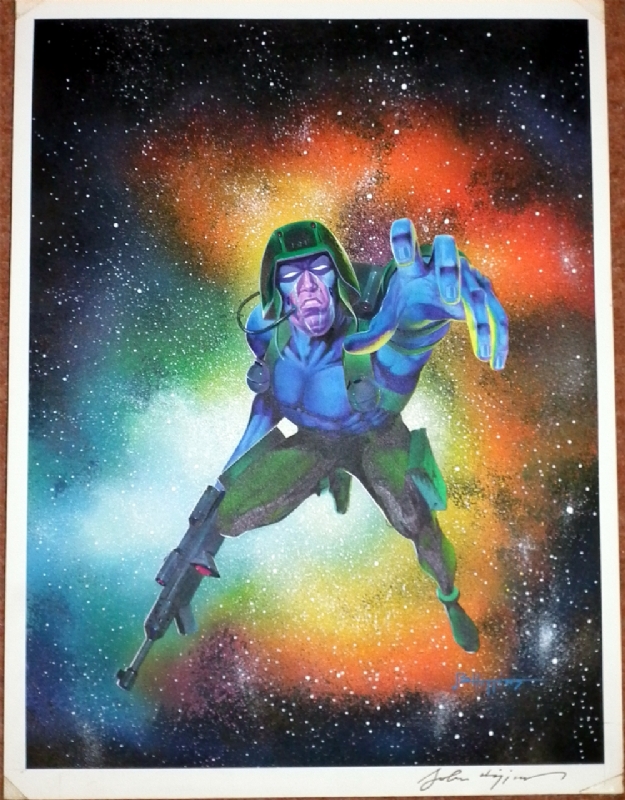 "I'll scratch your eyes out!" 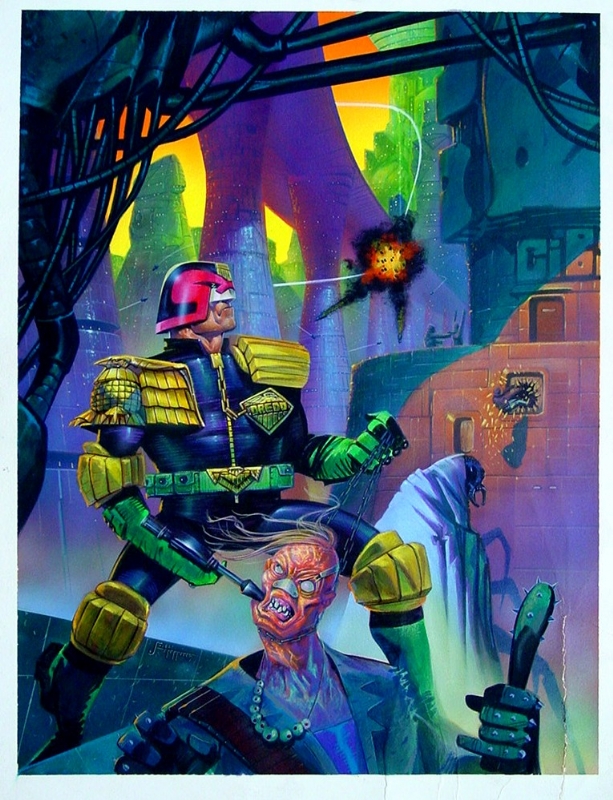 Just another day on the job... 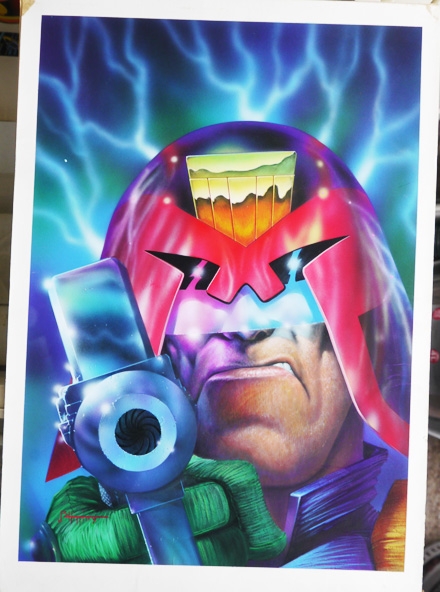 Ooooh the static from Dredd's nylon underpants was murder...

What amazed me about this weeks' cover is I genuinely thought it'd been digitally coloured (despite the canvas look, I've been fooled by that before!), however, this was not the case. Over to John to tell us more...
"Not many how to steps I'm afraid, the images I've got are just from the colouring on, painted over the pencils."
"Matt asked for a cover illustration of a Greysuit Agent – this is Family Man, who has a scorched earth approach to his hits, Collateral damage could be another name for him, a cold blooded killer. Matt wanted an extreme perspective composition based on a photo still from the Man Bites Dog movie..." 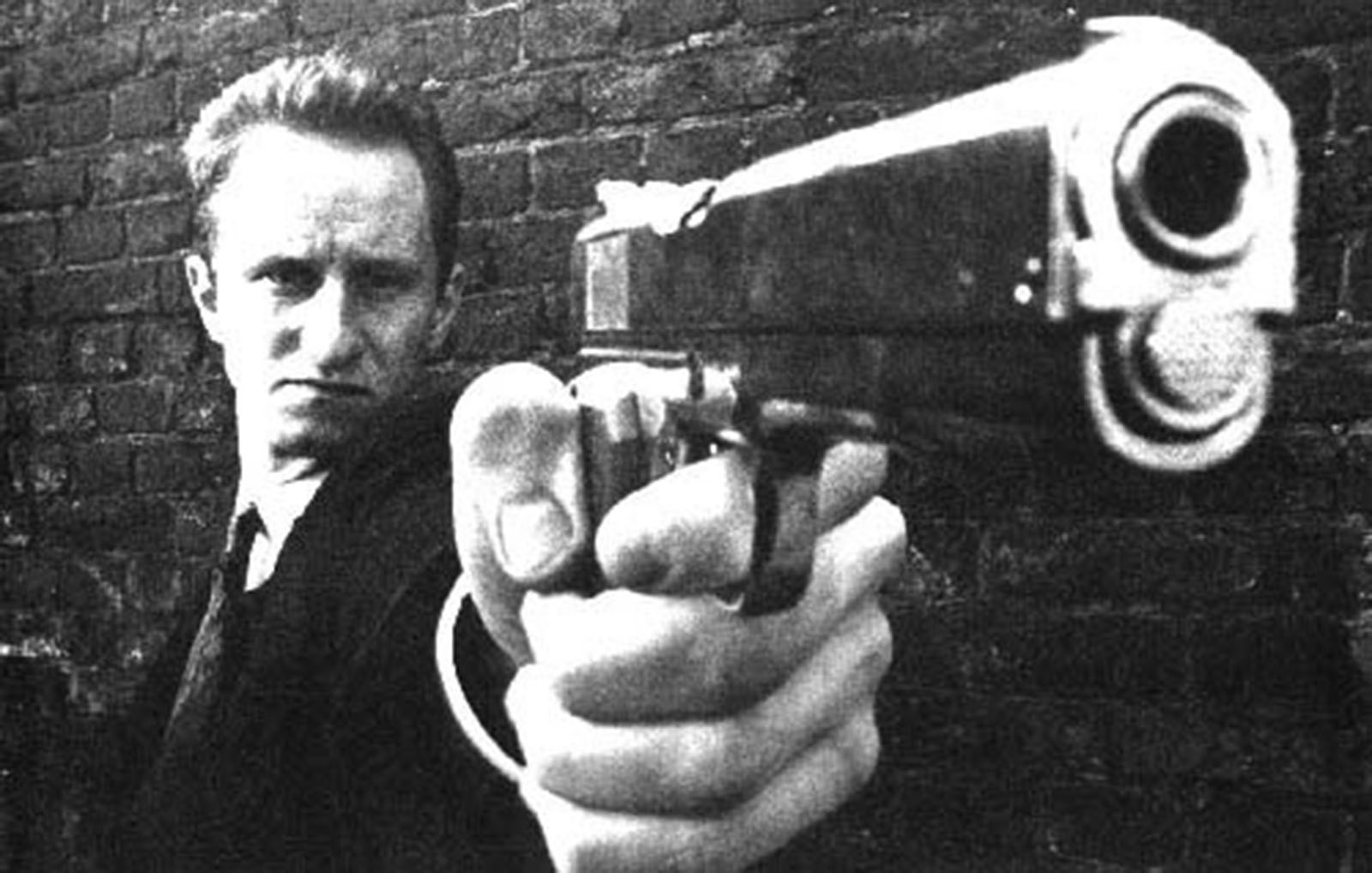 This isn't the first time that this serial killer mockumentary has inspired a 2000AD cover image, with Jim Murray's cover of 1109 giving a nod to the controversial film too... 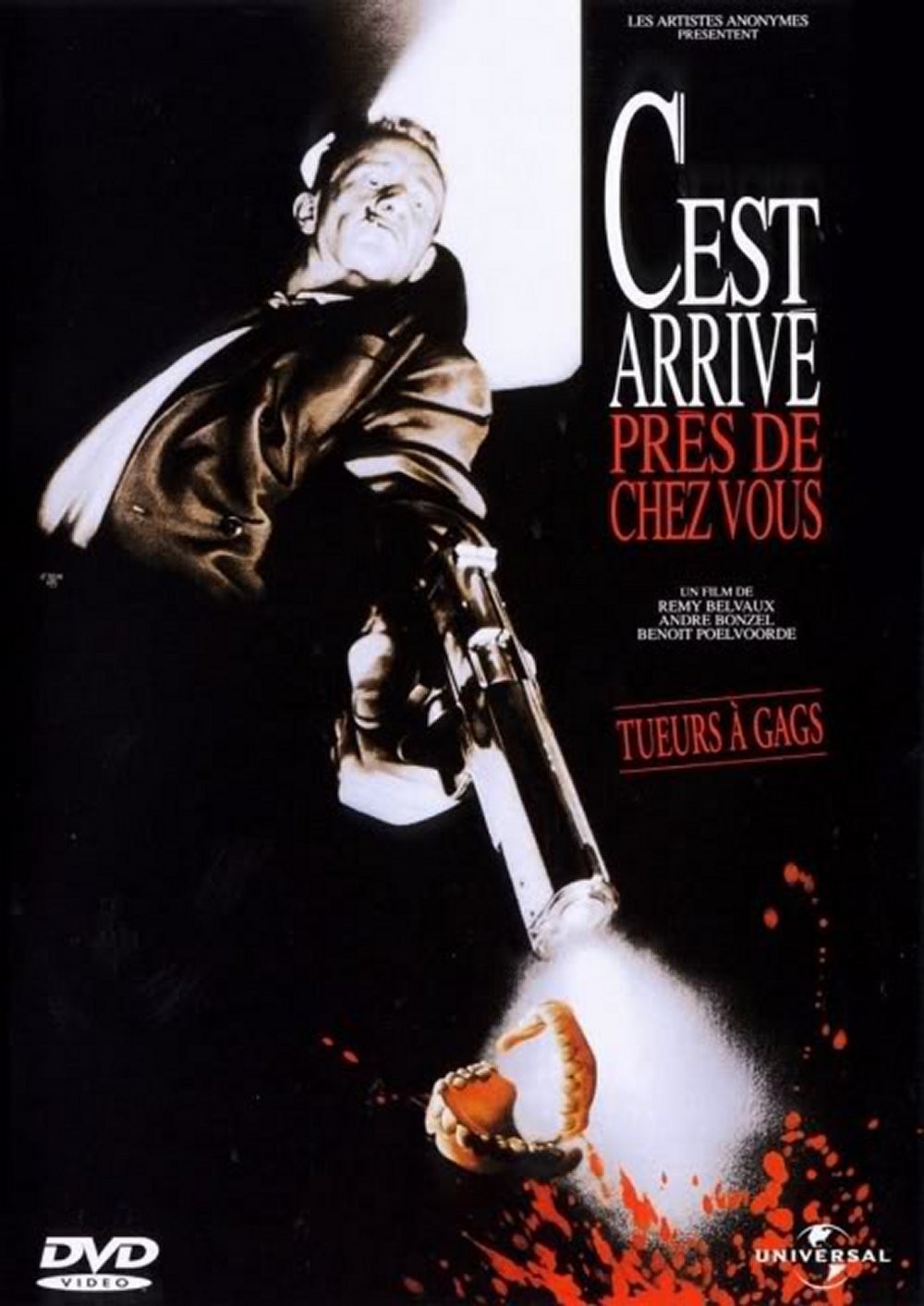 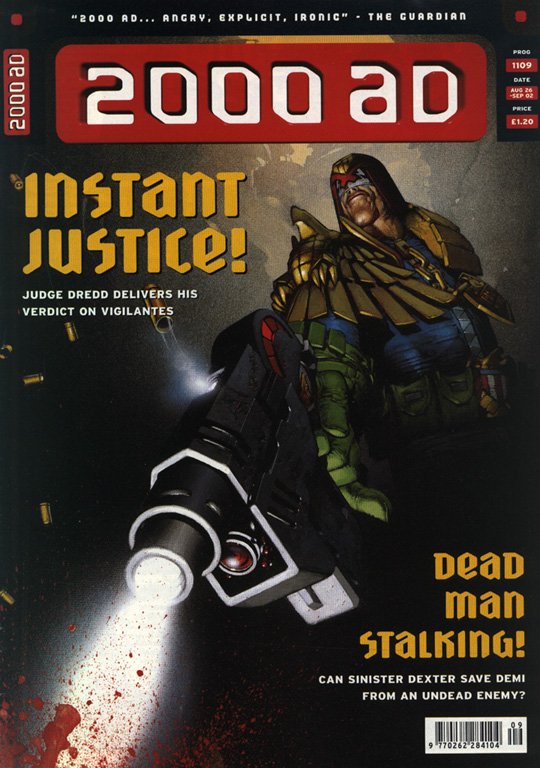 John continues "I decided to do the cover as a traditional painting, as for this series of Greysuit I wanted the story to have a dirty, gritty look. So I used a wacom digital tablet, this allowed me to give a line style which can have the immediacy of a high contrast black and white photo. I was happy using digital to such a degree and happy with the end result, but I wanted to get paint under my fingernails again."

"With Sally Jane's colour using a dark muted palette in the strip, giving the story another layer of down dirty and moody. I used the cover as an opportunity to use strong complimentary colours to accentuate excitement and the jagged vibrancy of violence, contrasting exploding red, orange and yellows against cold blue." Very poetic! 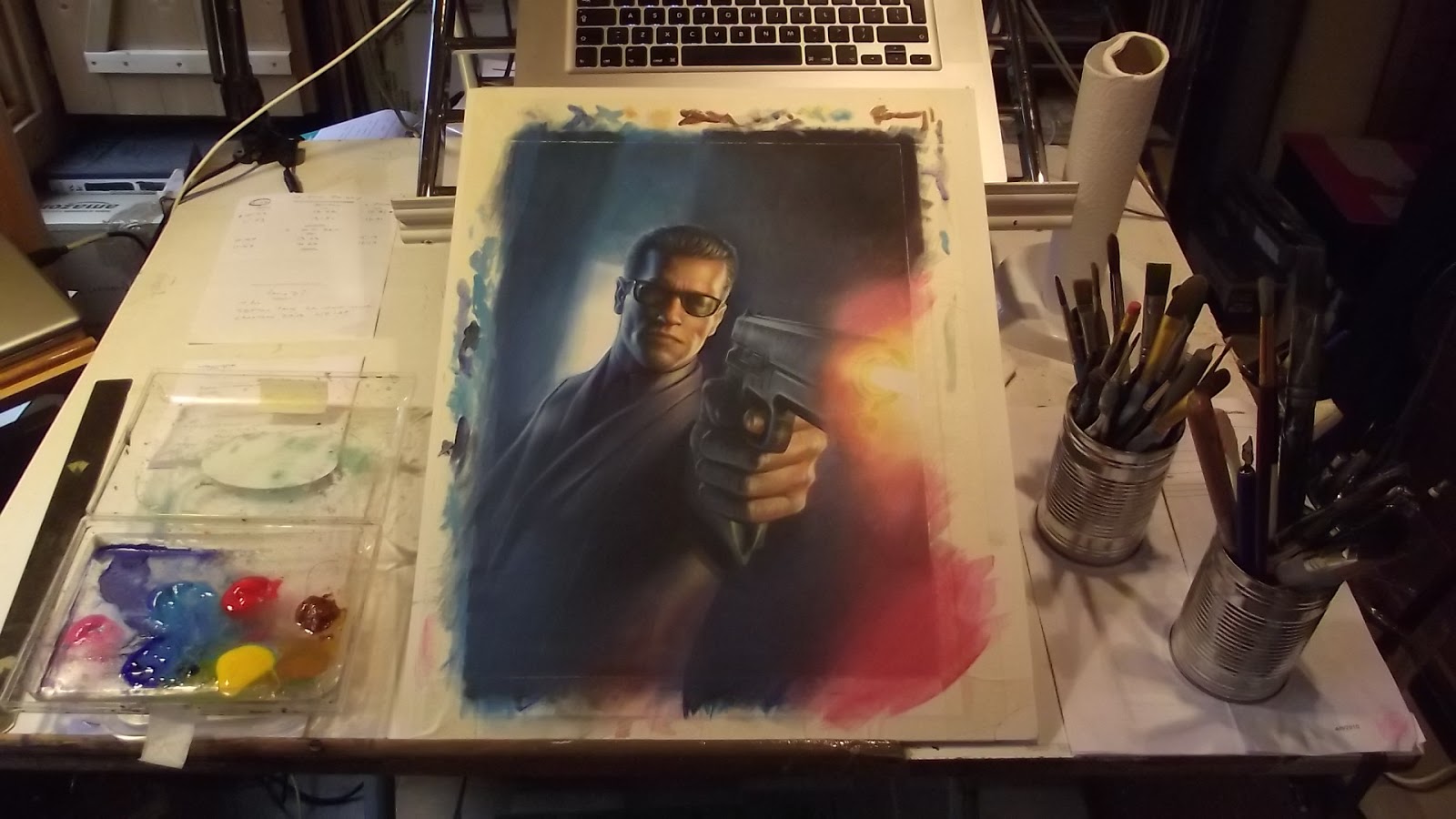 Real paint! How often do we see that these days!?!

"Only one person is going to be dragged screaming towards the light at the end of the tunnel in this battle between two Greysuits. Family Man or Blake, I know who my money's on!"

And here's how the prog looks on your shelf... 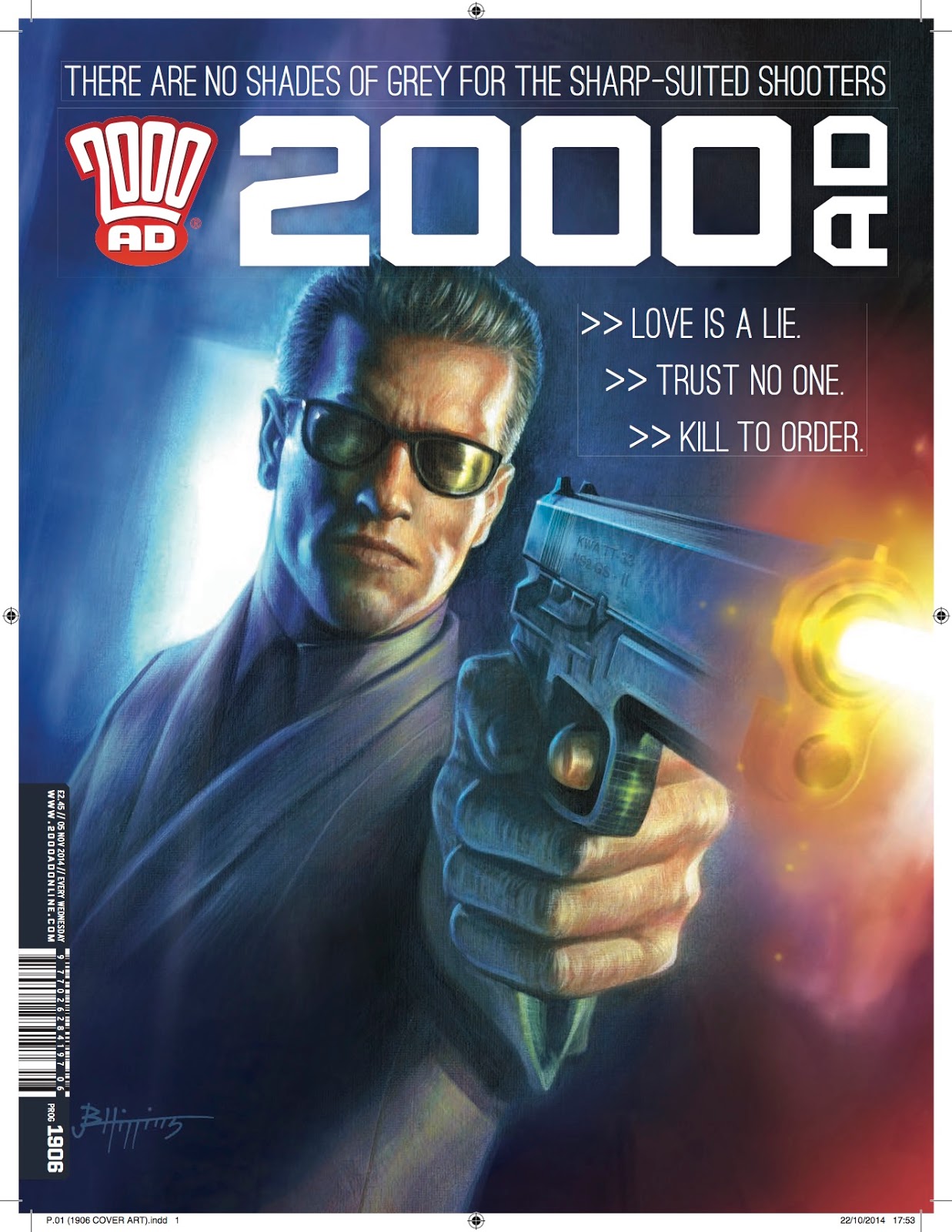 Great galloping thanks to the legend that is John Higgins, please check out his website here, why not have a look at Sally's too!
Posted by Pete Wells at 11:46