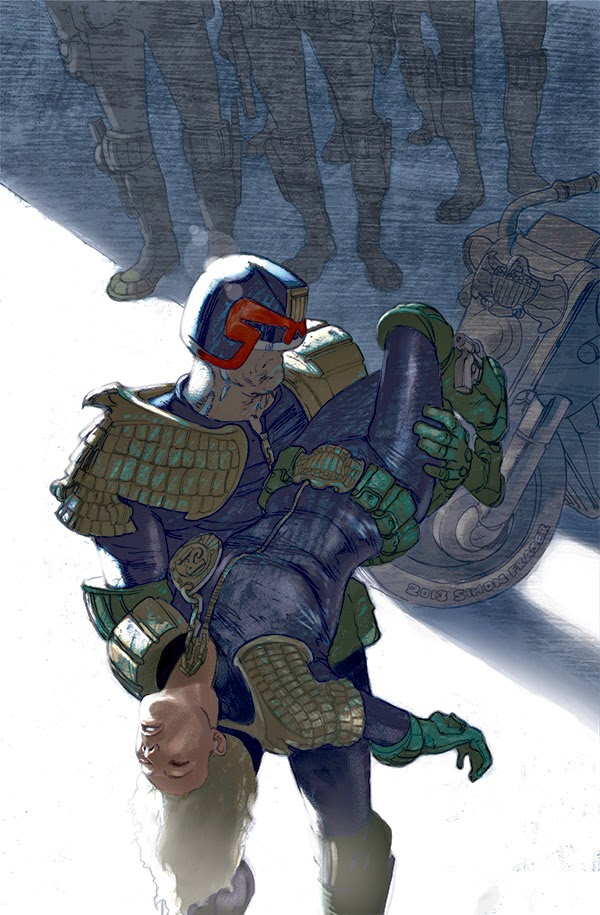 Sniff! No stranger at tugging at our heartstrings, Simon Fraser delivers this emotional shocker as Dredd cradles the corpse of the recently deceased Judge Anderson in his arms. I absolutely love this, it's such a departure from Si's usual style, the grittiness and muted colours match the subject matter absolutely perfectly.

As regular Megazine readers will know, poor Anderson has been plagued by morbid, suicidal thoughts of late. Is it trauma linked to her current case, the weight of suffering from the victims of the Day of Chaos or something more sinister altogether?

Michael Dowling is doing a wonderful job on the interior art and I think Simon has complimented him perfectly. Here's the shocking final page from last months Meg which shows Anderson being a damned fool! 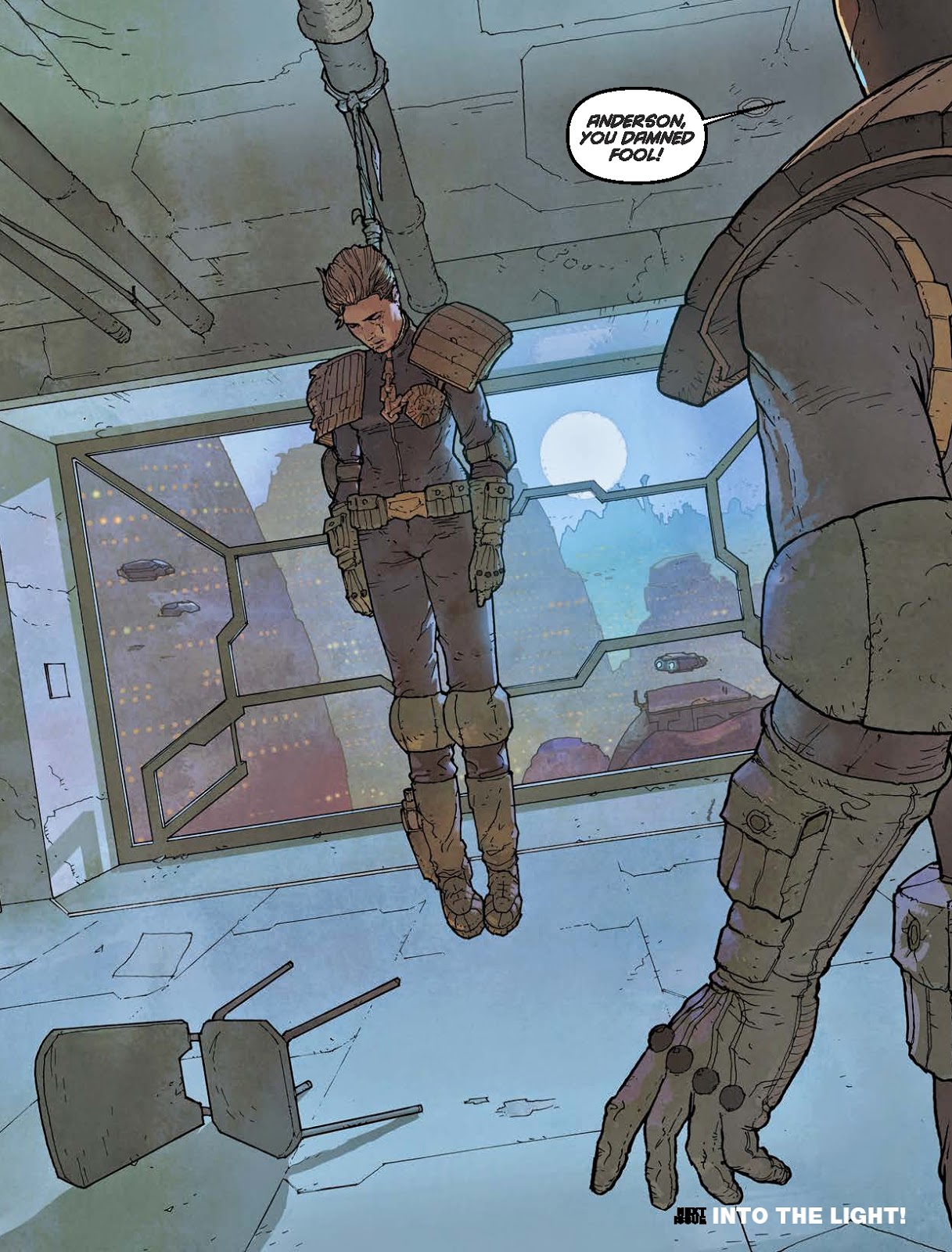 This can't have been an easy cover to tackle, let's see how Simon took it on...

"So here are the first 2 sketches I did for the cover. They were more hanging-centric. Then Tharg suggested that we do Dredd exiting the building with Anderson's body, which was a brilliant idea as it gives us so much more emotional resonance (and it echoes the Rico death scene by McMahon.)" 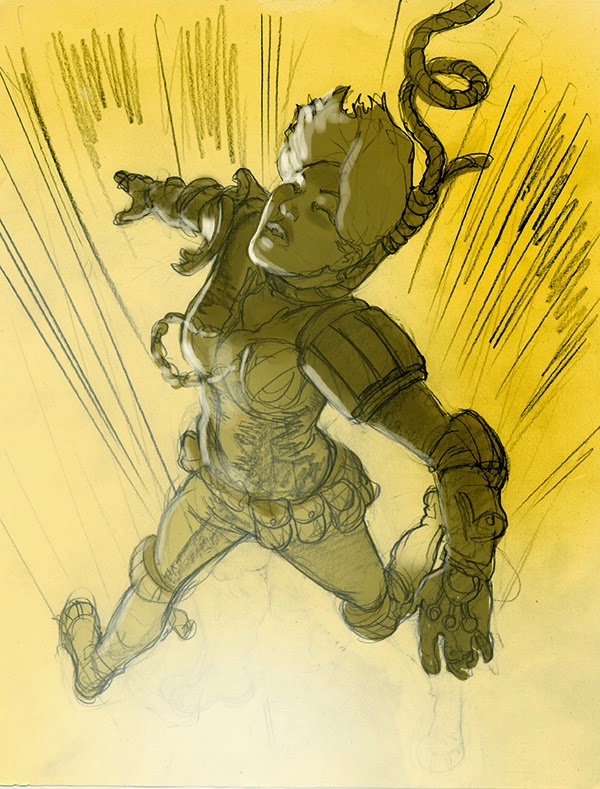 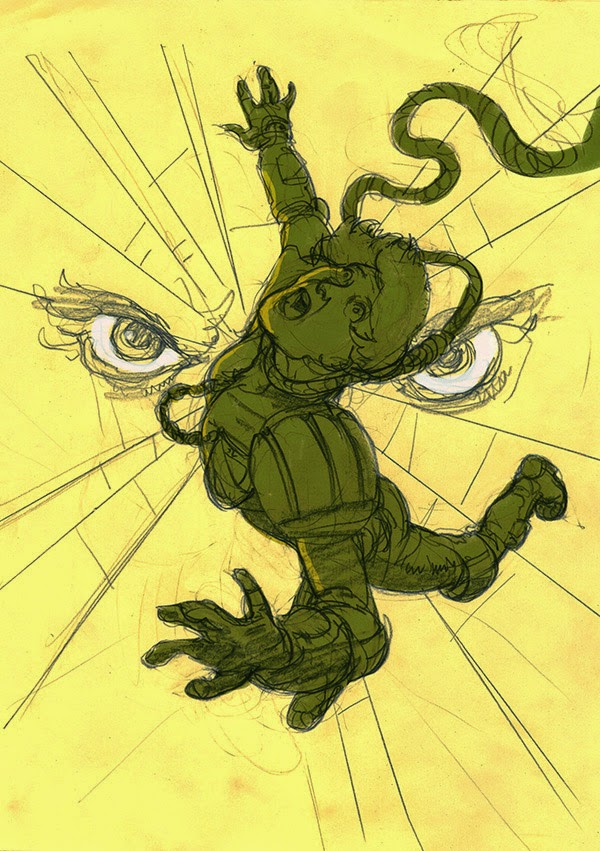 Who's are those eyes then?

Here's a reminder of that classic McMahon panel to stop you Googling!

Right, here's where it gets tricky, over to Si...

"Here's the pencil rough, then the full pencil version which I did an ink 'holding line' over. I then composited the pencil and the inkline together so as to keep the pencil texture grittiness." 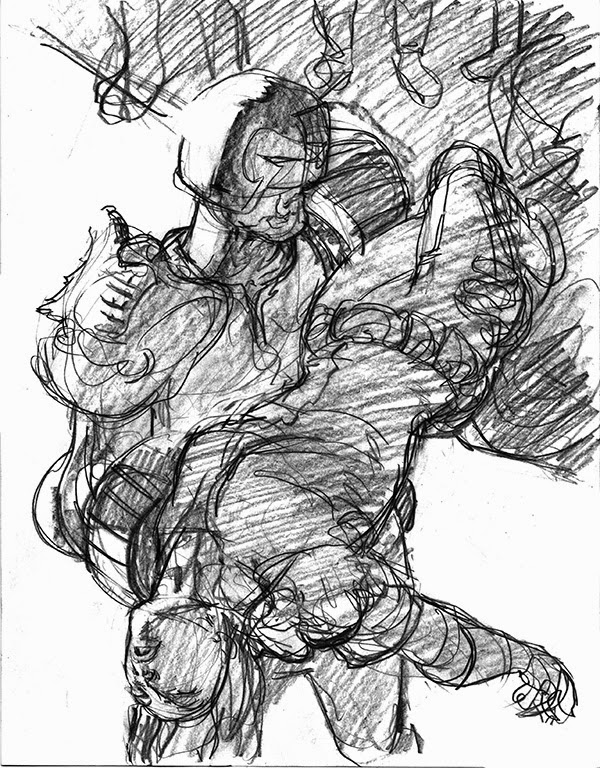 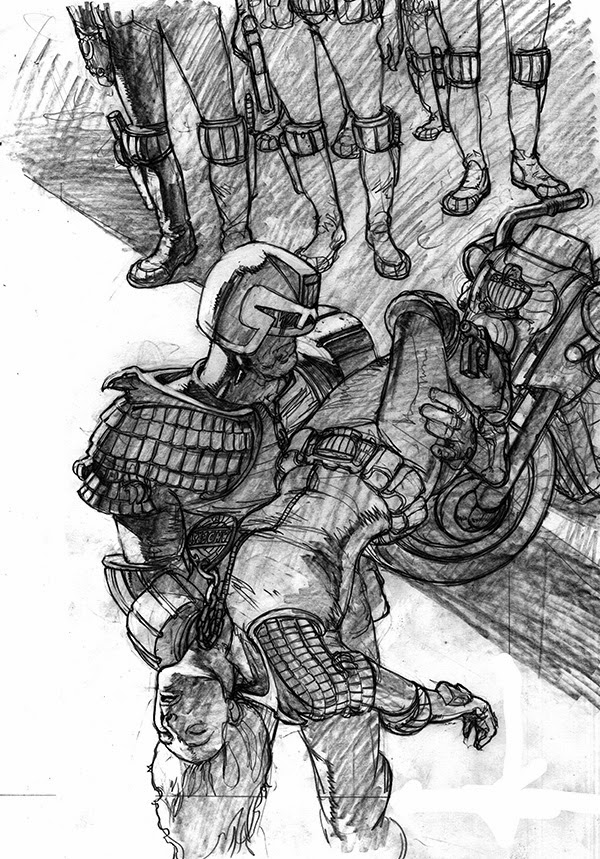 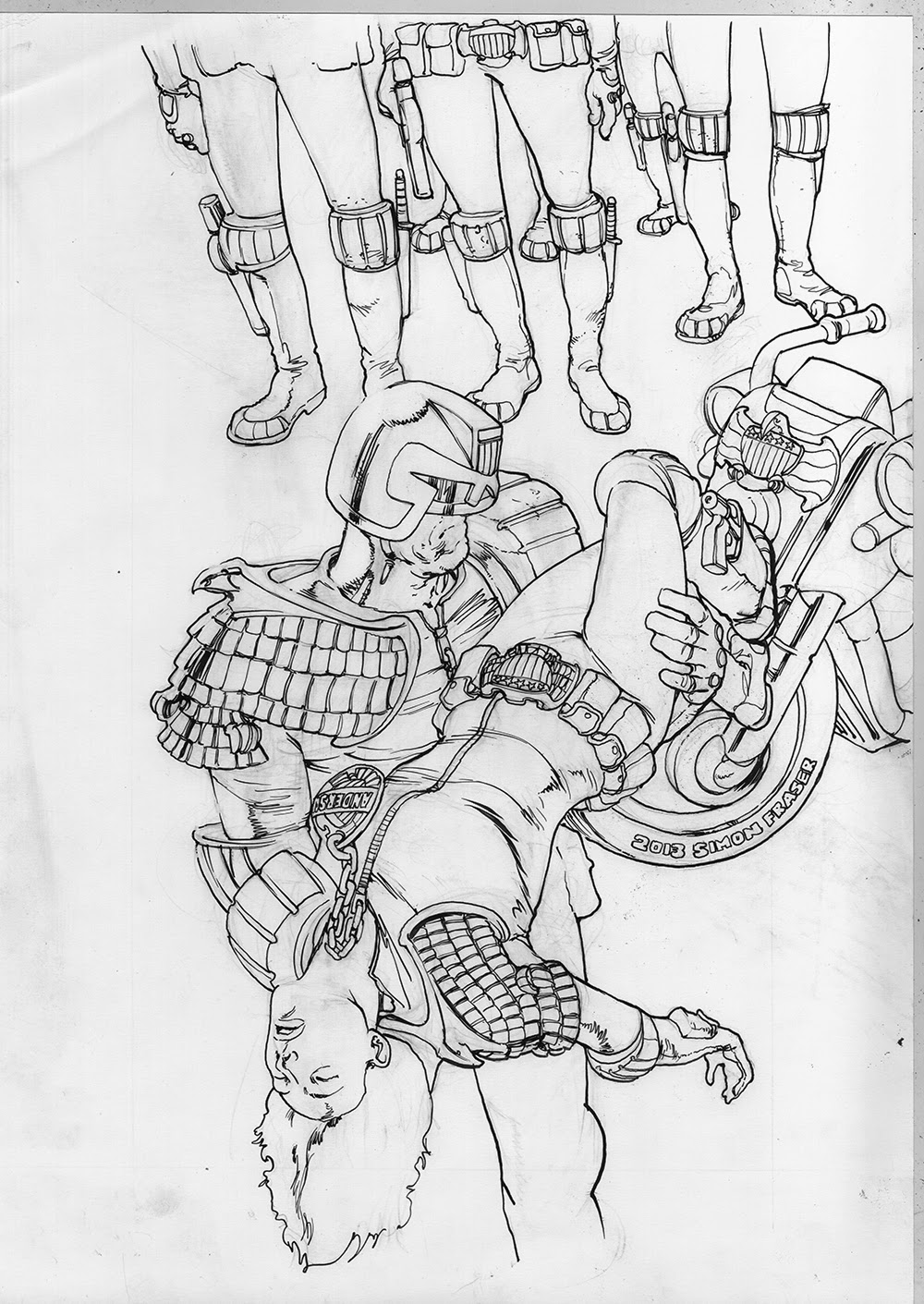 "The colouring was all about keeping the gravity of the black and white image, by adding very muted colour and keeping a very high contrast. It printed darker than I expected, but that actually worked out well as it makes the image that much heavier. Unfortunately the other background judges don't show up much in the final cover crop."

Si's stunning use of colour, who needs Gary Caldwell eh? 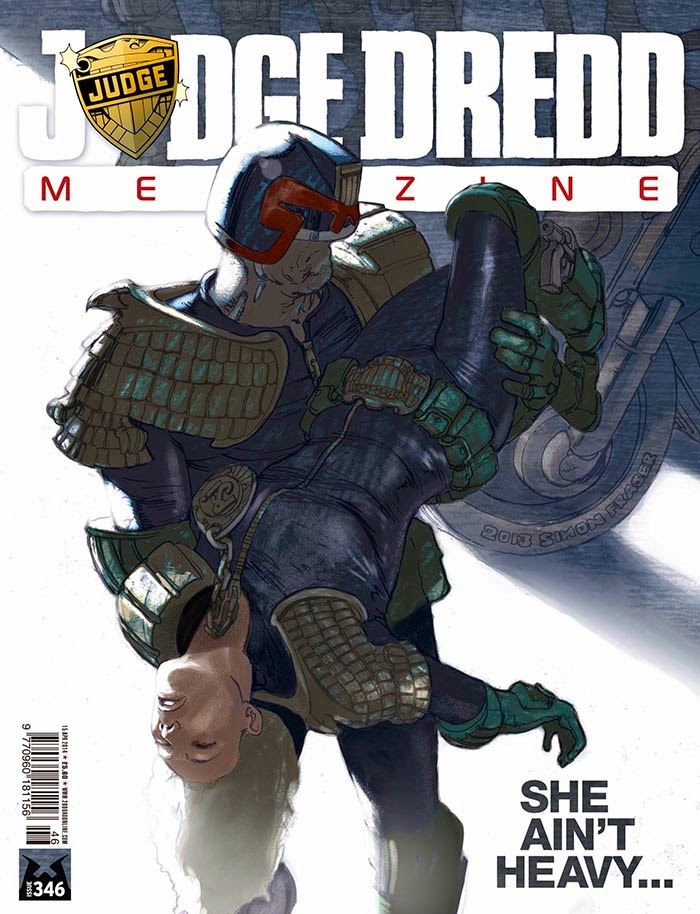 The cover with logos and Mills inspired tagline

And Simon's last words "I'm happy with this cover. It let me experiment a bit and had a good bit of iconic power." We're happy too, truly a classic image that I reckon we're going to see again and again.

Thanks to Si for sending the images amazing images, it's great to see him back in the house of Tharg. Check out his newly updated site here!
Posted by Pete Wells at 02:39