Merry Christma... I mean Happy Easter! Following a disaster at the Trans-Time Corporation, Ben Willsher's zarjaz cover for the Christmas Special was sucked into a wormhole, sent to Halloween, rerouted to Valentine's Day via Mother's Day before being passed on to Pancake Tuesday. Fortunately, crack time commandos were able to retrieve the errant cover and deliver it to Covers Uncovered HQ in time for Easter - Phew!

Regular readers will know that Ben is one of my very favourite artists (my obsession borders on the creepy) so I was delighted when I found out he had been chosen to bring us the prestigious end of year special. He certainly didn't disappoint, so without further ado, here's Ben to give us the lowdown...

A stone cold classic and my favourite cover of 2012... 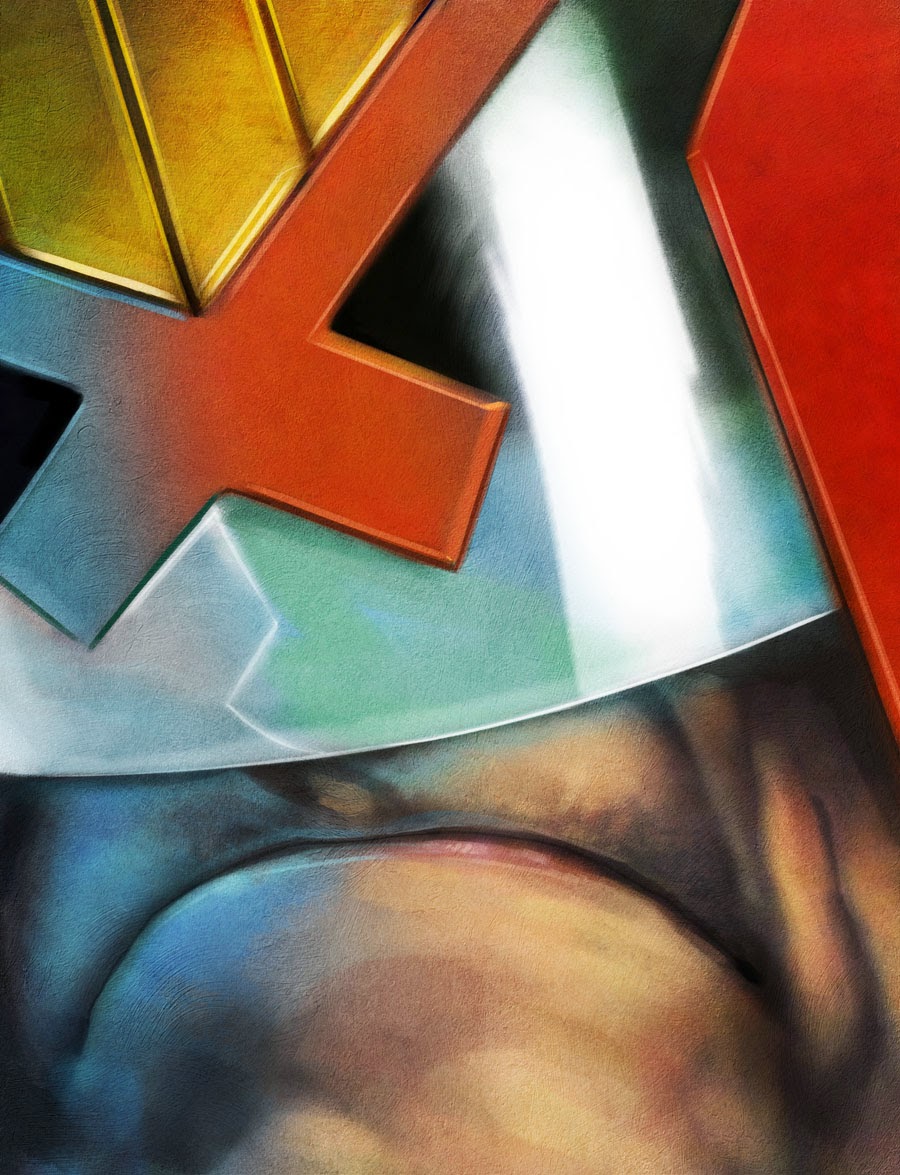 Ben continues "I wanted to include some of the characters that would also appear in the end of year prog. I first toyed with the idea of maybe being able to see the characters from within the Rosette of Sirius itself, but there was something that just didn't feel right having them trapped, or held prisoner within the TMO's bonce... So it was back to the drawing board." 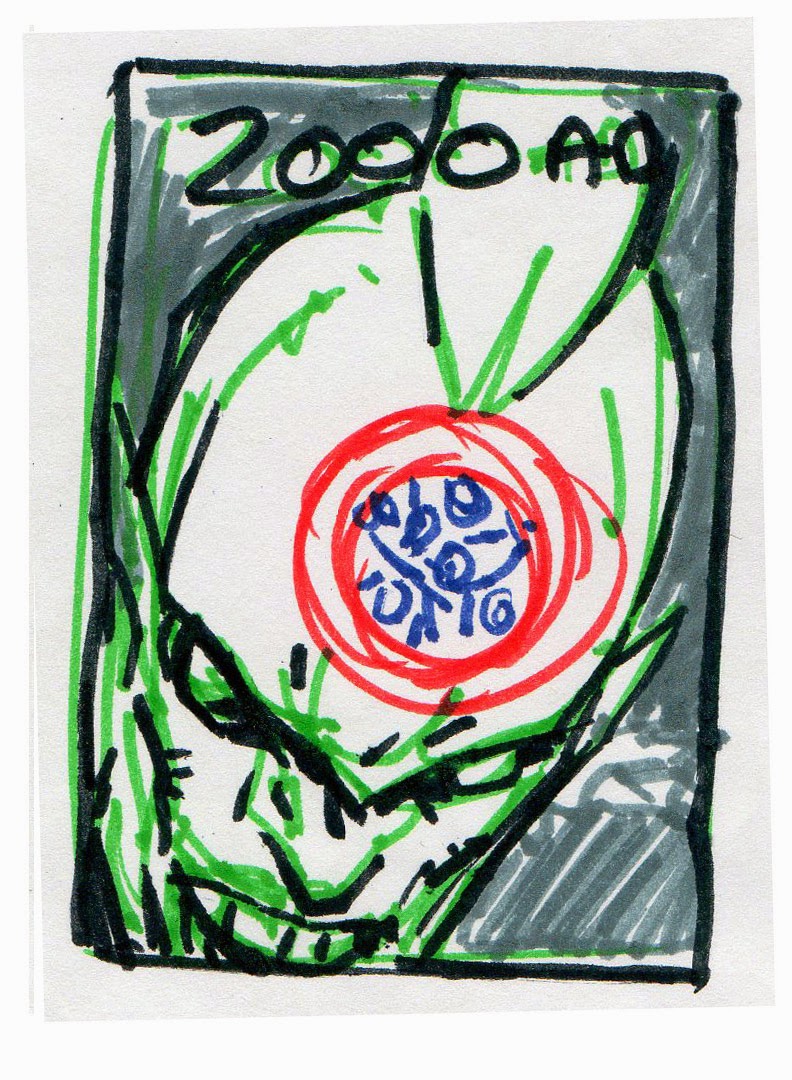 Hmmm, I'm sure a good psychiatrist would have a field day with this image...

"I roughed out some more images and felt much happier with the idea of the them being blasted out of of the Rosette instead. I was also conscious that this way even if the Prog got stuck at the back behind other publications on the magazine racks, you would still be able to see the main protagonists."

Hmmmm, not if that nutcase in Kent was in the shop...

That's what it looks like when Tharg gets a migraine.

"Then Tharg Okayed the revised rough..." 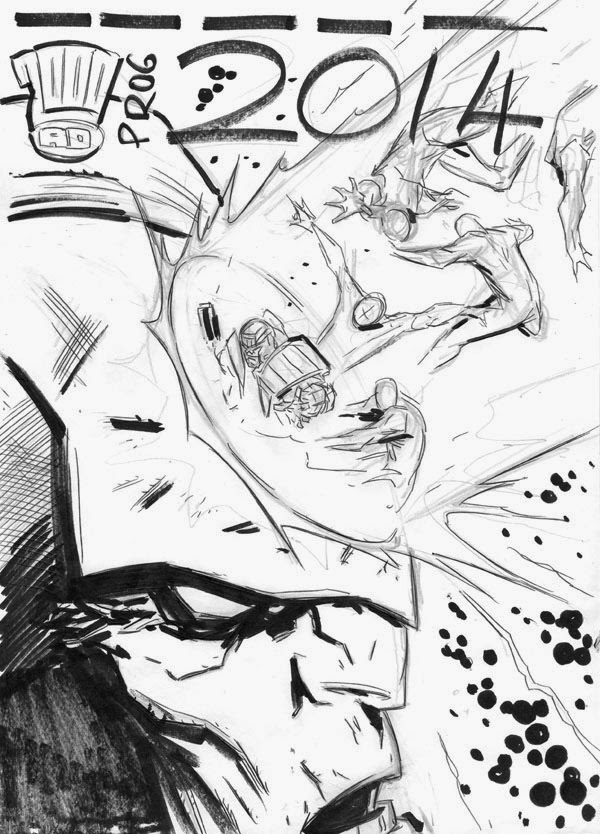 "I set about painting the real thing. I was keen that my image of Tharg had the traditional look, with his long upper lip and philtrum."

Ben included some of his reference pictures of the Mighty One, long philtrum and all (of course I knew what a philtrum was and didn't have to google it at all...) 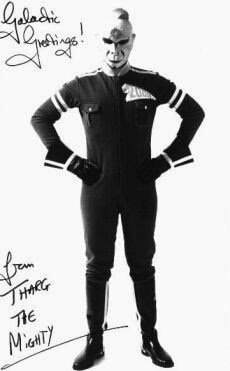 A rare photograph of the Mighty One 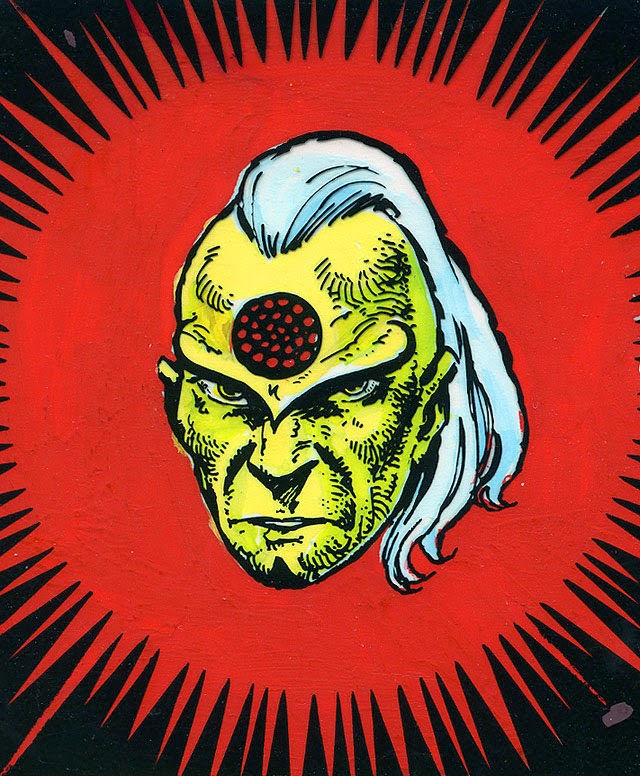 A portrait by Carlos Ezquerra

A profile shot of the modest one 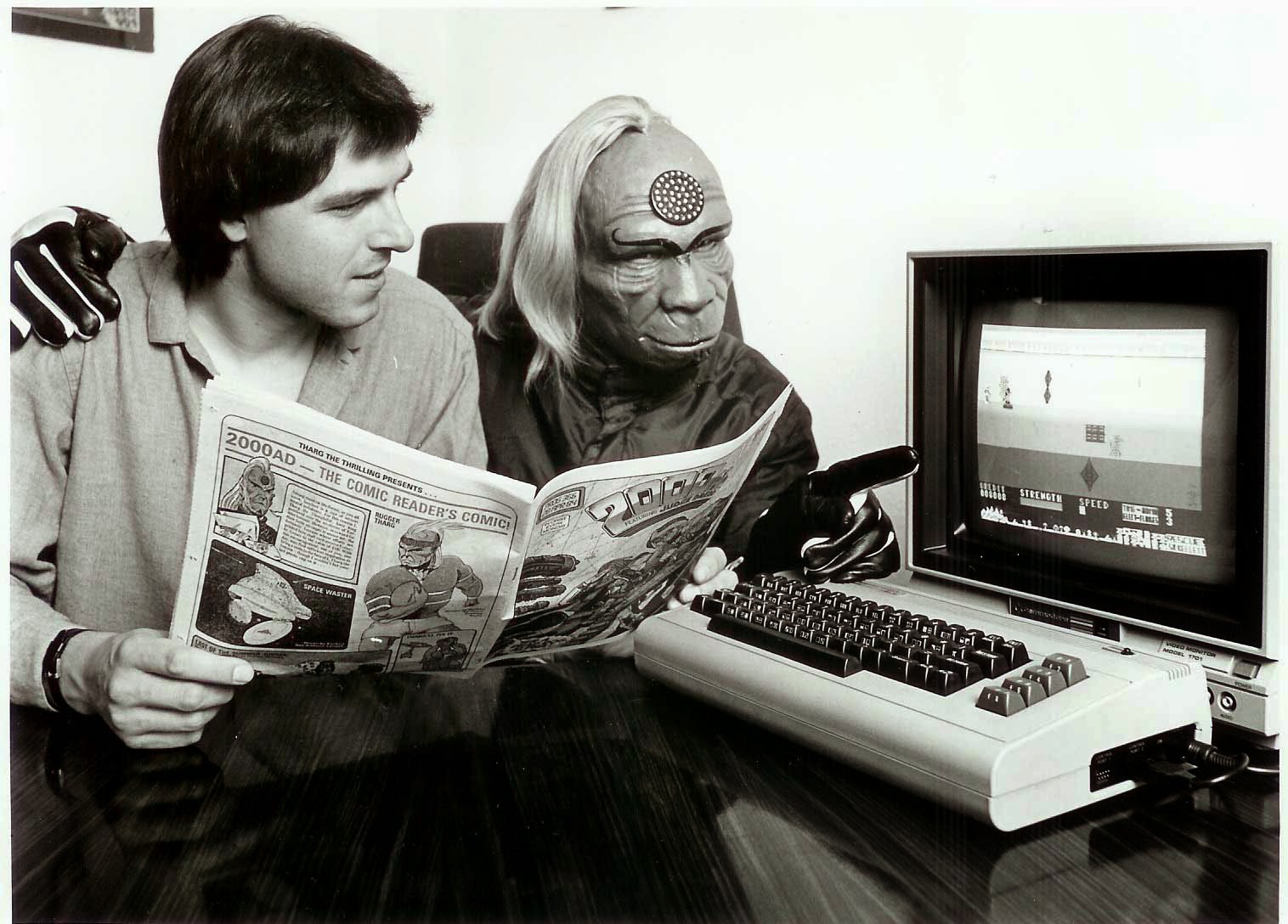 With his experience of the future, Tharg always has the latest tech...

"The art itself was drawn in two parts. The Face of Tharg was painted directly in photoshop with a cintiq (blody show off - Pete) and the characters were hand drawn traditionally, then coloured . I really wanted to make sure that both elements looked different from one another, so that the characters looked artificial as if they really were constructs from Tharg's imagination!" 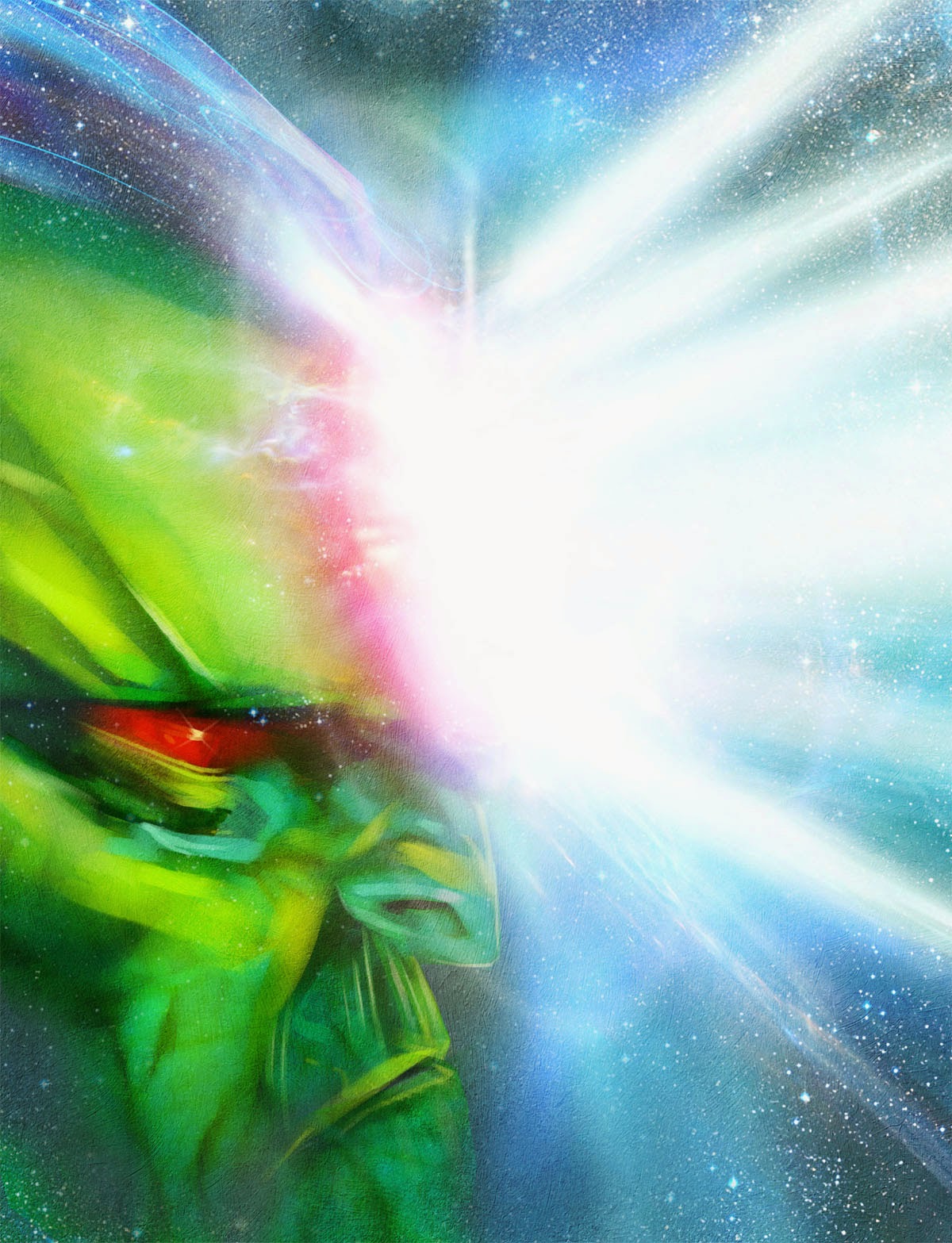 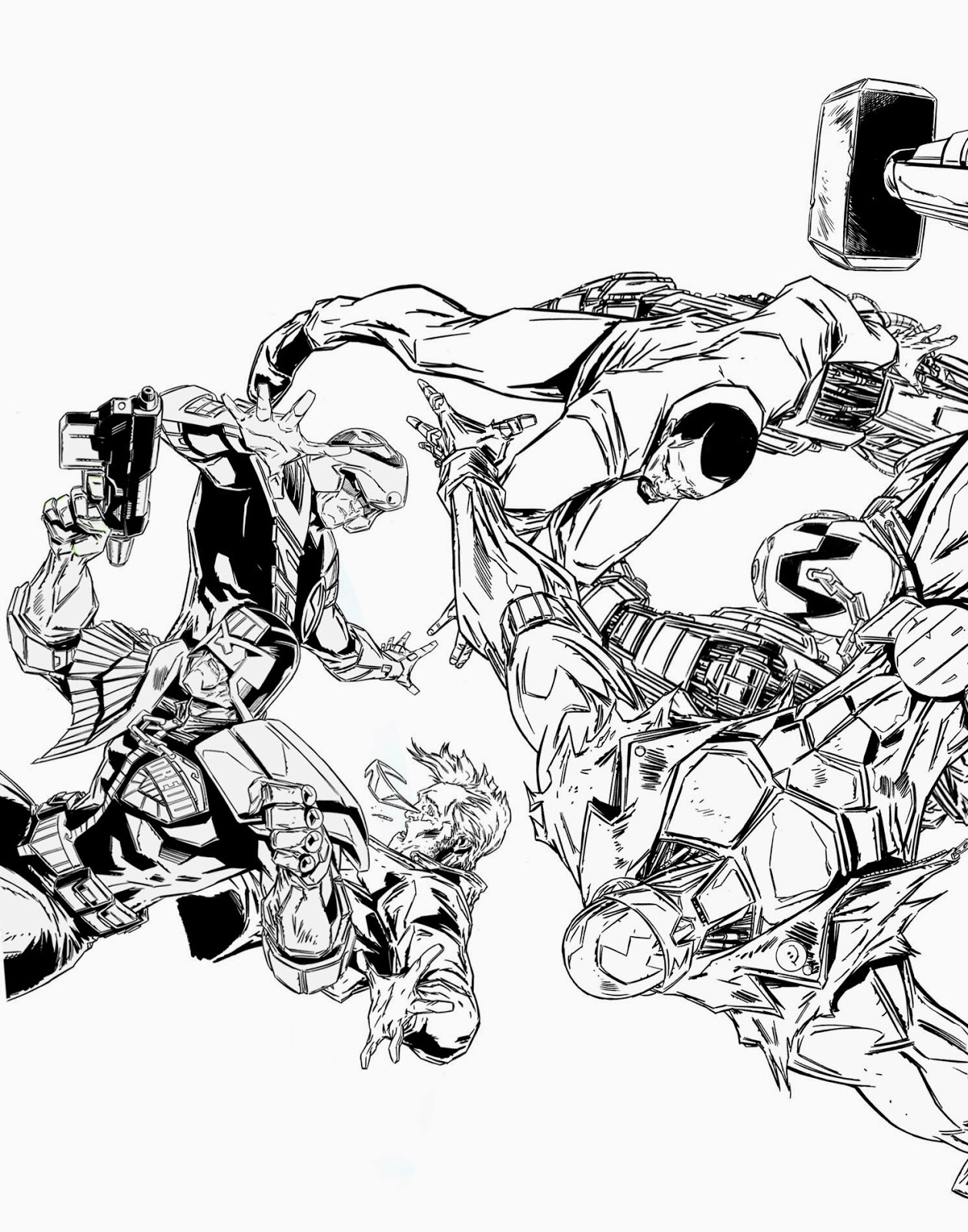 "Finally I merged the two images and added extra FX"

"Tharg, you've got your full beams on!"

And that's how the Christmas cover was made! Galloping great thank you's to Ben for his prompt(!) sending of the images! Just joking folks, Ben had sent 'em, they'd just got stuck in his inbox, which sounds very painful. All that's left to to wish you all a Merry Christmas, I those that Santa brings you lots of erm... chocolate eggs!
Posted by Pete Wells at 01:20