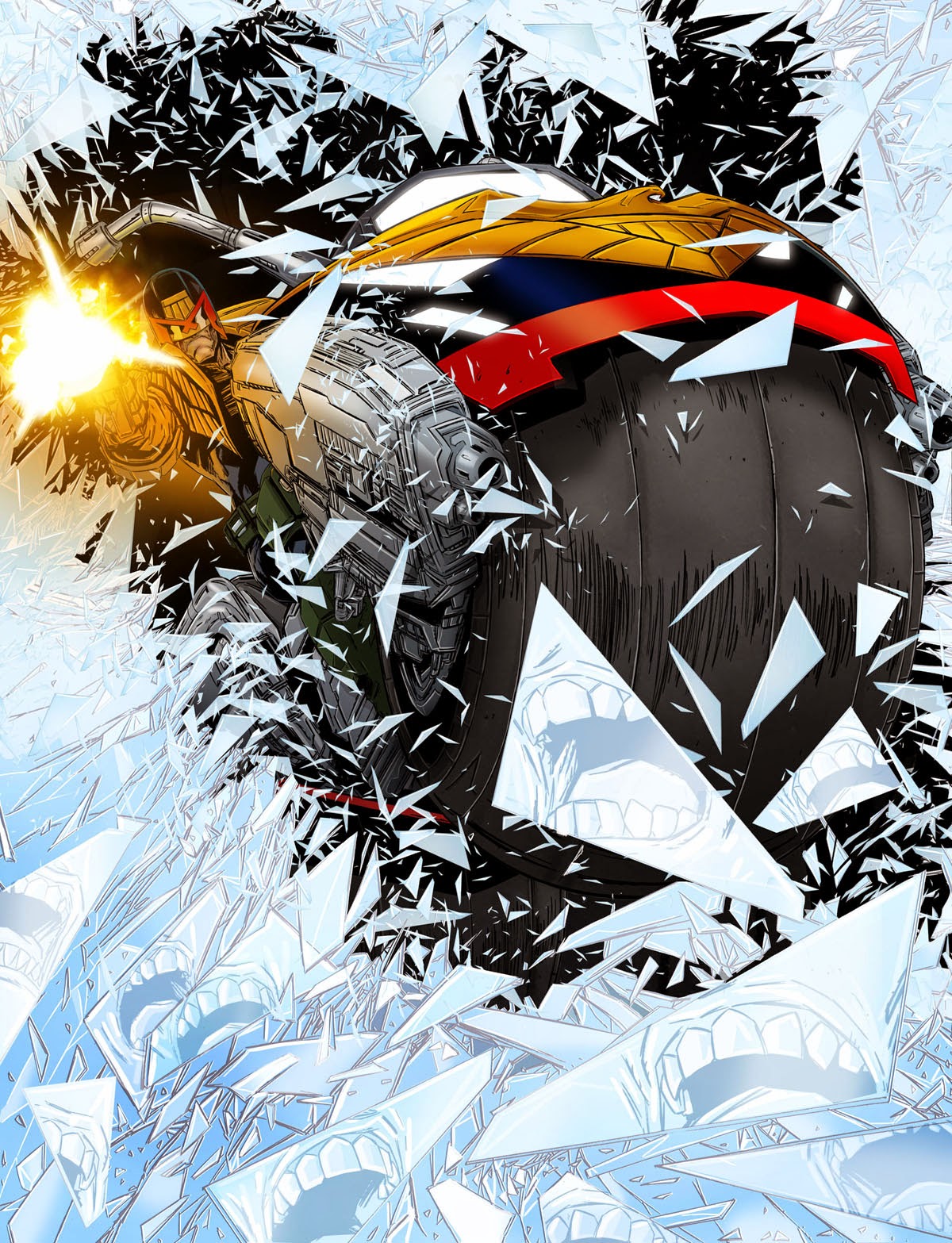 Crash! Bang! Wallop! What a picture, what a motorbike! Ben Willsher, king of Lawmanster porn, makes it a VERY Good Friday by sending the fantastic images from his smashing cover of Prog 1877. I'm a huge fan of Ben's and he really is one of the most exciting artidroids working on Dredd today. He's a huge fan of the character too with an in-depth knowledge of the character and his world so you'll always find little Easter Eggs and bonus bits in his work. This image, for example, is inspired by a seminal panel from Dredd's very first (unpublished) strip, can you guess? The answer follows shortly...

Over to Ben to tell us about this beauty - "This cover came with a simple request request from Tharg- "Dramatic image of Dredd on Lawmaster, shooting at reader..." That was enough to get my art circuits whirring."

"I wanted something striking and bold and thought that maybe Dredd smashing through a window would hit that target. I remember how stunning Carlos' very first image of Dredd was in the unpublished story BANK RAID..."

Did you get it? Bank Raid was the first ever Dredd strip which was considered too violent to be published (Dredd blasting a jay walker!?!) Written by John Wagner and Pat Mills it featured beautiful artwork by Carlos Ezquerra, including this fateful shot which would be cheekily recycled and used in Dredd's first published tale, Judge Whitey, much to the chagrin of Dredd's creator... 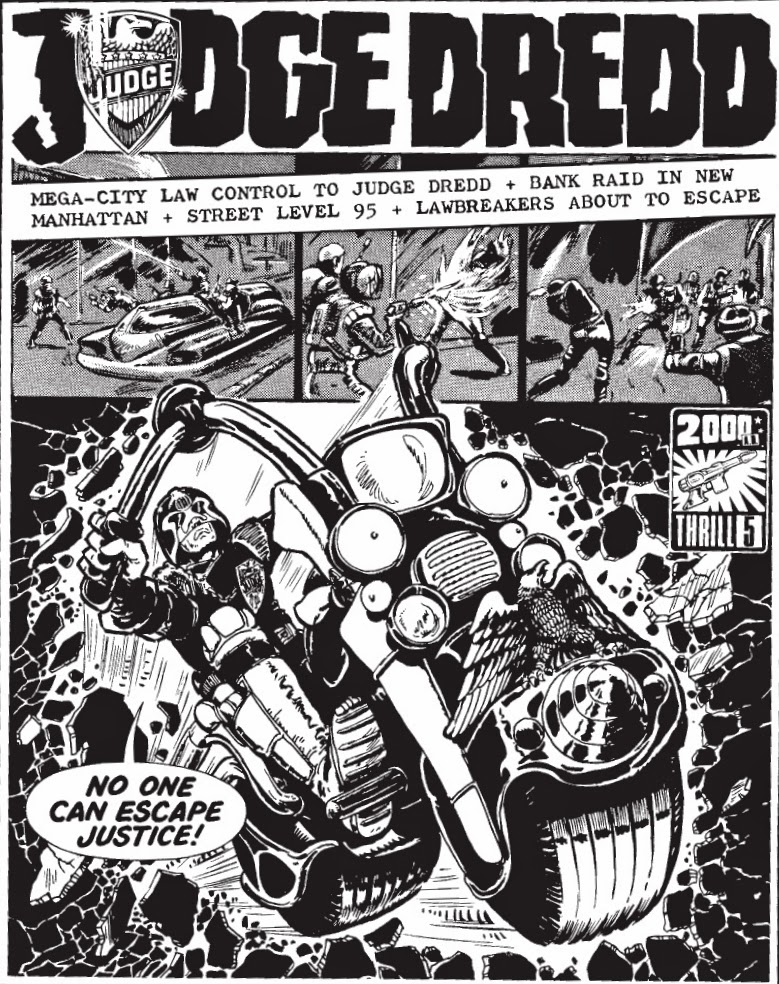 Where it all began...

Ben continues "Lots of smashing glass wasn't enough make it as dramatic as I wanted, so I added the reflected image of the victim being shot as way of telling a whole story, and that Dredd's Standard Ex had found its target. I drew up a rough... "

Nuts! I thought the mouths were a clever reflection (no pun intended) on the clandestine nature of the current Dredd story 'Mega-City Confidential.' 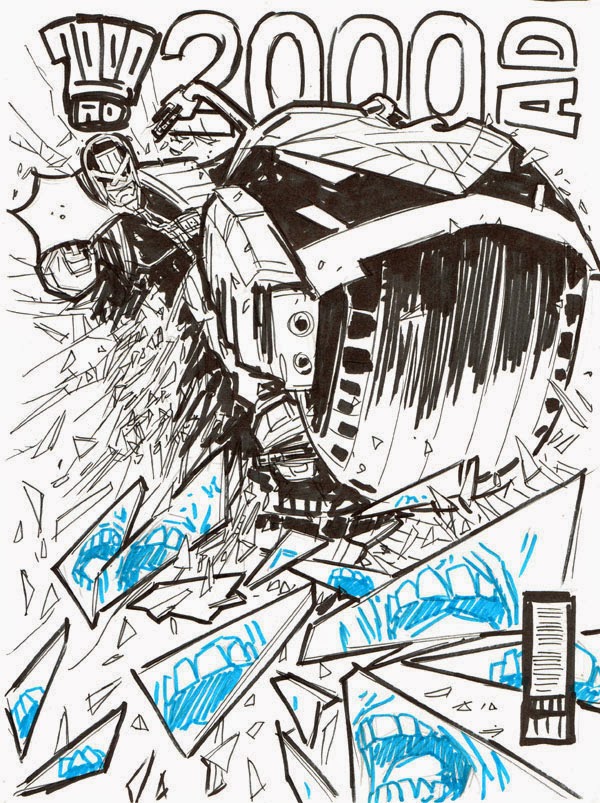 Buy Megarest Double Glazing Plastiglass - so tough only Dredd can smash it.

"Once Tharg had approved it, I started on the finished inks. Over all I was pleased with the initial rough, but felt that with some tweaking here and there to adjust the scaling (Dredd was far too big, and the front of the Lawmaster was far too small) it would be much closer to the final image I wanted to achieve." 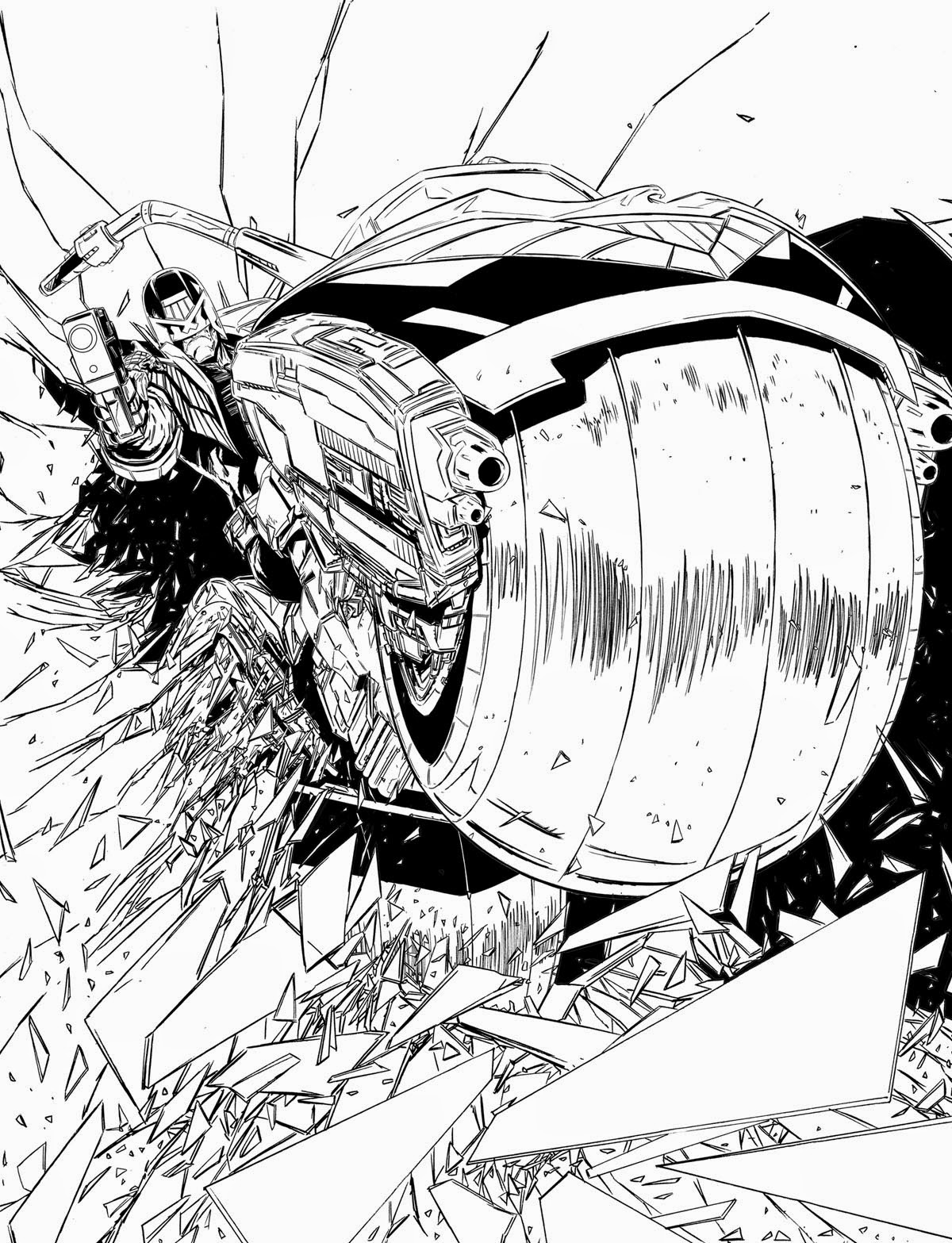 "Next was the overlay for the screaming mouths..." 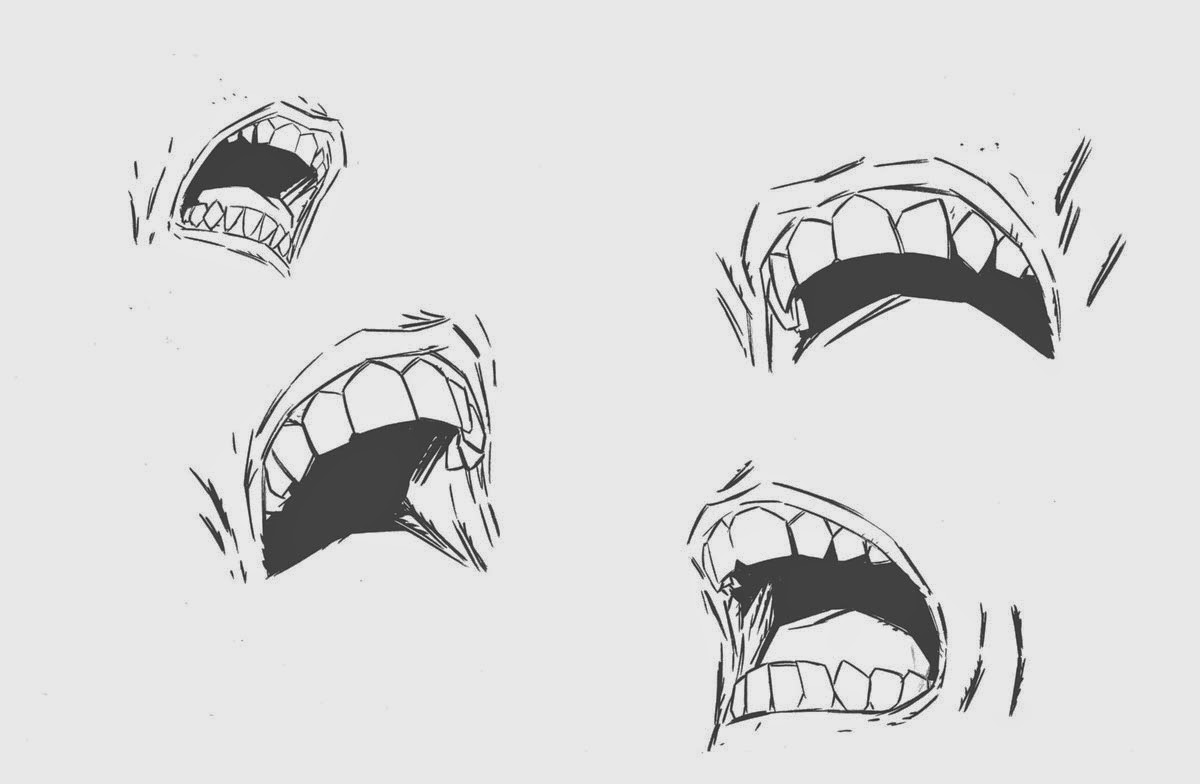 "Then it was onto the colouring stage. I always knew I would add extra shards of glass whilst colouring, but as you'll see the background changes at the top from the Black and White to Coloured image, as I felt the cracked glass FX didn't have enough impact, so more shattering glass was added in post production (as they say.)"

And here's how the Prog appears in Tharg's Future Shop, fantastic! Giant sized thank you's to Ben for sending the images. There will be another Ben Willsher special on Easter Sunday, come back then to find out more...
Posted by Pete Wells at 02:48