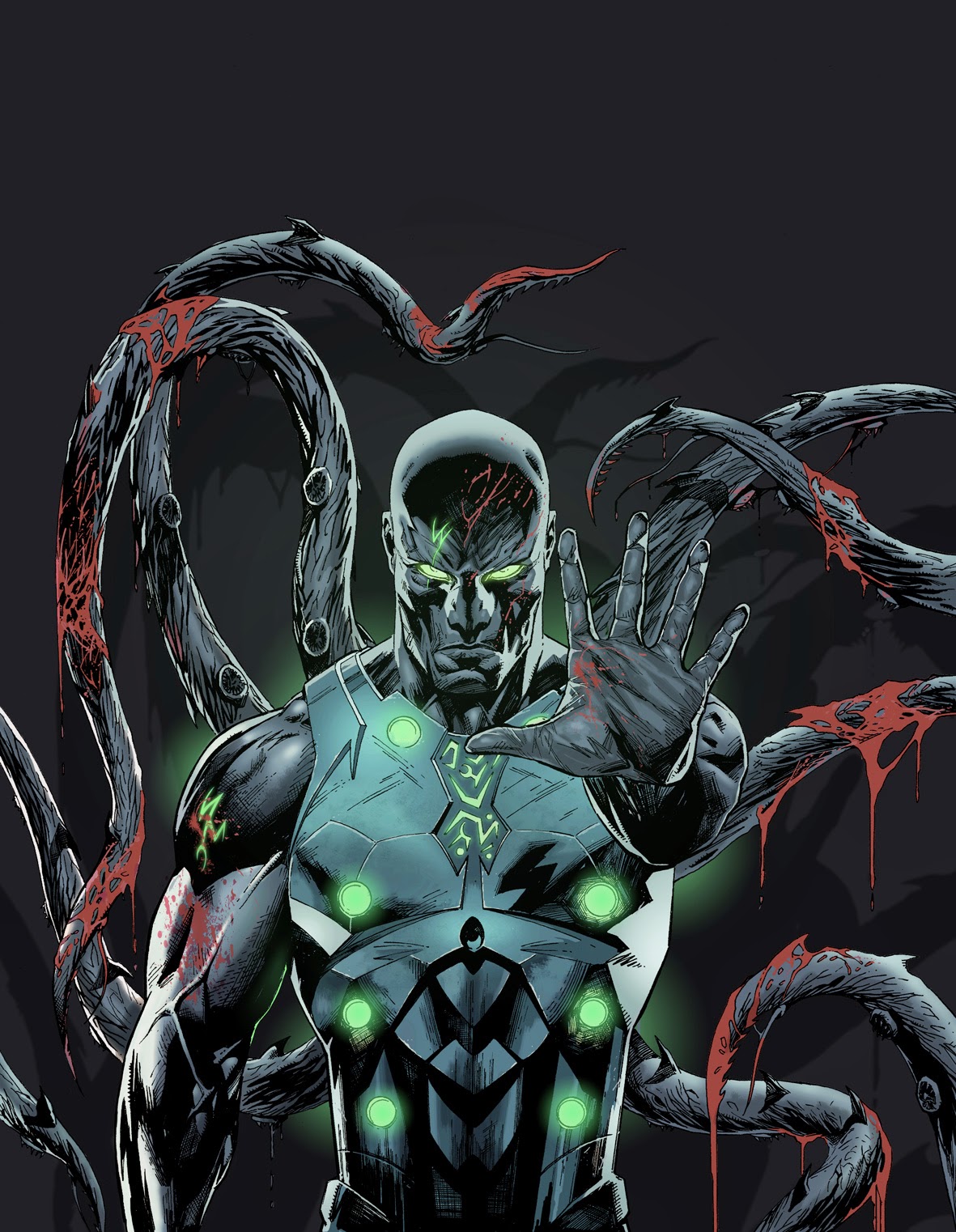 After designing the dazzling visuals of Grey Area, it must have been a no brainer for Tharg to command Karl Richardson to dream up entirely new worlds for his latest thrill, Outlier.

The strip follows a murder investigation by Carcer, a ex-cop turned private investigator. Following a gruesome encounter with a mysterious alien race known as the Hurde, Carcer has artificial eyes which allow him to see beyond the visible spectrum. A handy trait of a private eye!

Two murder victims, the murderer and Carcer's own client all have links to 'The Outlier,' a mysterious scavenger ship. What will Carcer discover about this ill-fated vessel?

The cover gives us our first full glimpse of Caul, the villain of the piece. This super-human murderer has had a run in with The Hurde who have altered his suit and physiology. Those wicked tendrils are an extension of his suit and are about to dismember another unfortunate victim...

Below are Karl's fantastically grizzly pencils... 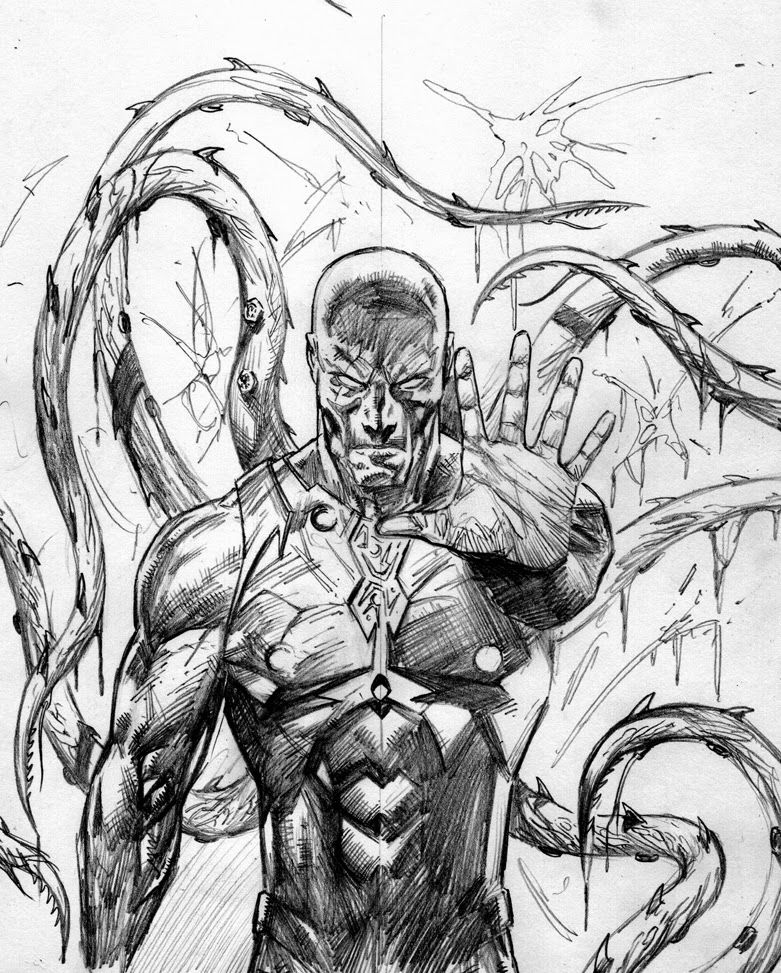 Next up, those glorious inks. 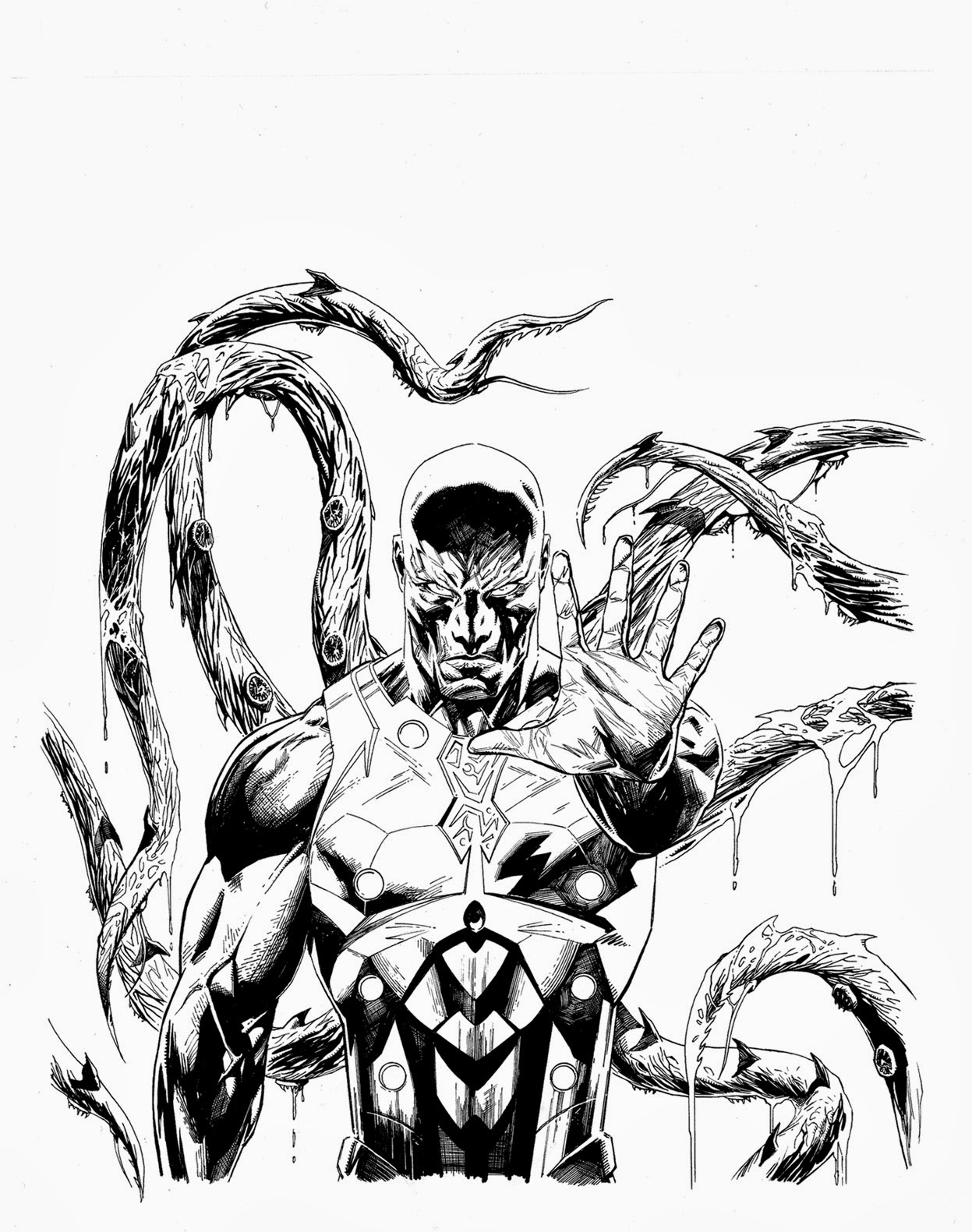 Oooh dearie, that's a nice, long life line you've got there, I can see a marriage line but your Ring of Solomon could be better...

Karl makes a start on the colouring, hmmmm, a more human looking Caul... 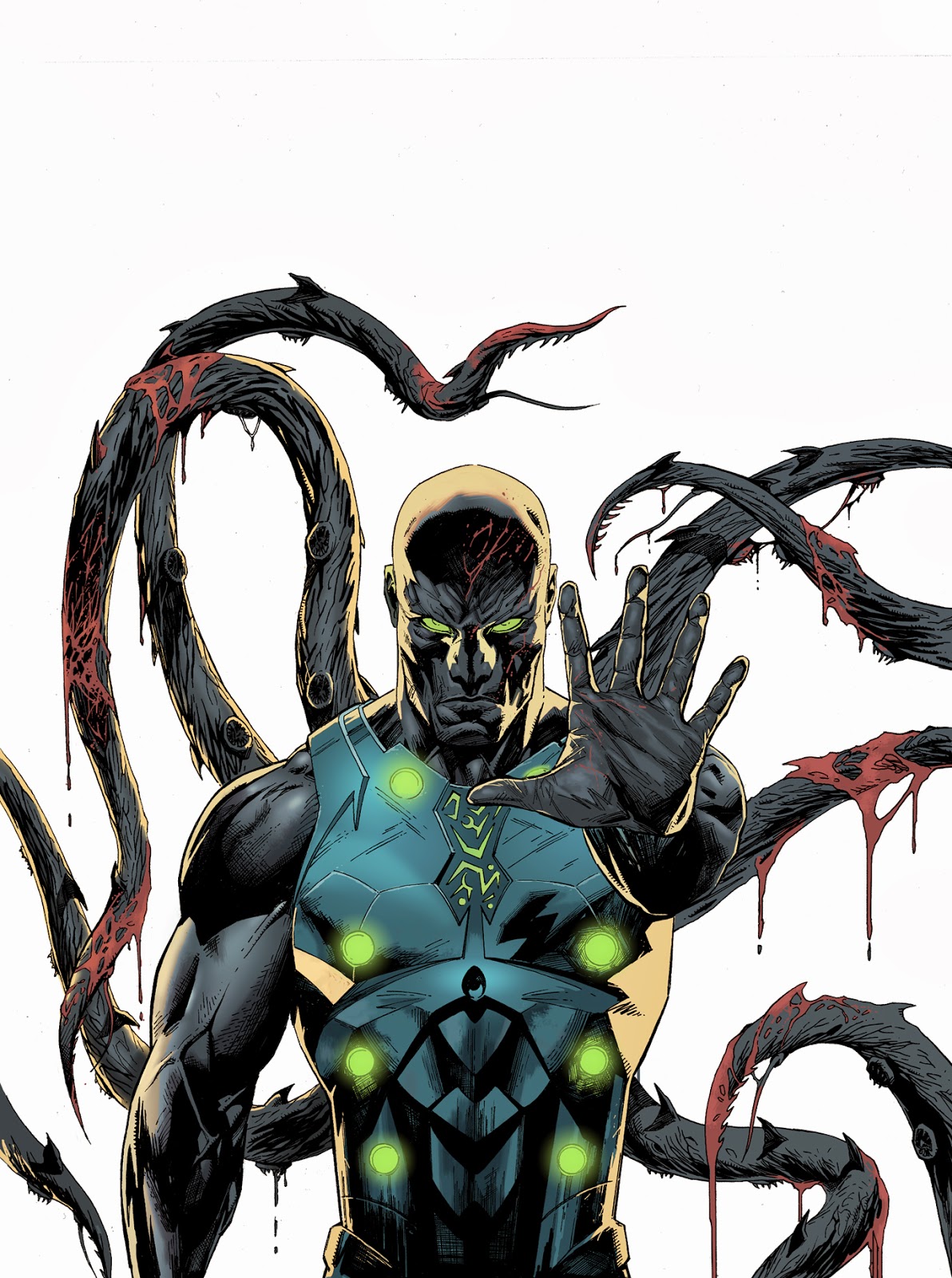 And the mean and moody finished image! The last thing Drexy saw before his bloody death!

I'm really enjoying this strip. The visuals are stunning and I'm getting a real Sherlock/Hannibal vibe from the script. I wonder how the Outlier mission ties into the mystery and who the hell are the Hurde?

Here's how the cover looks in your newsagent, tasty! 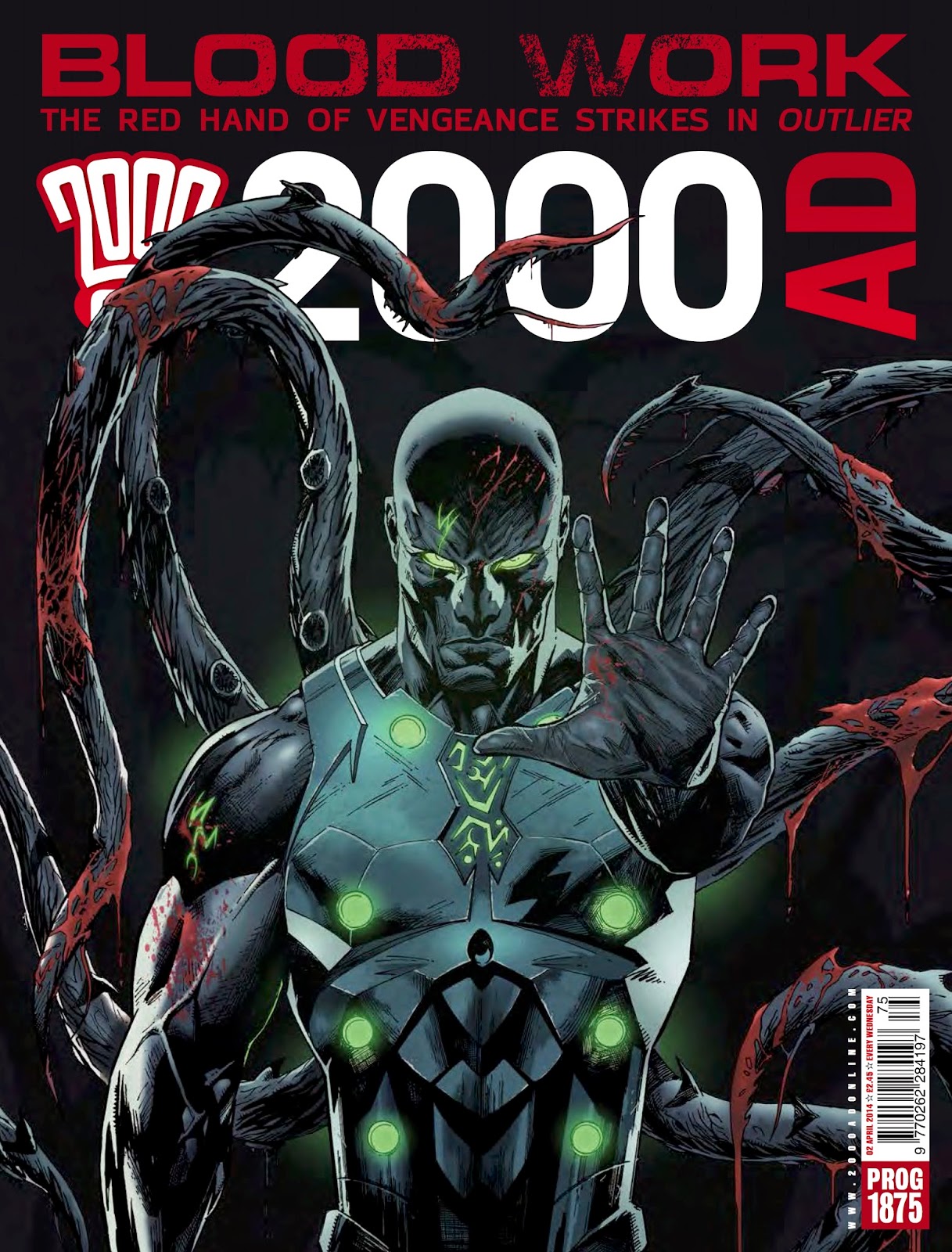 Mega thanks to Karl for sending the images, magnificent work as ever!
Posted by Pete Wells at 13:25