Clint Langley - Who you gonna call? 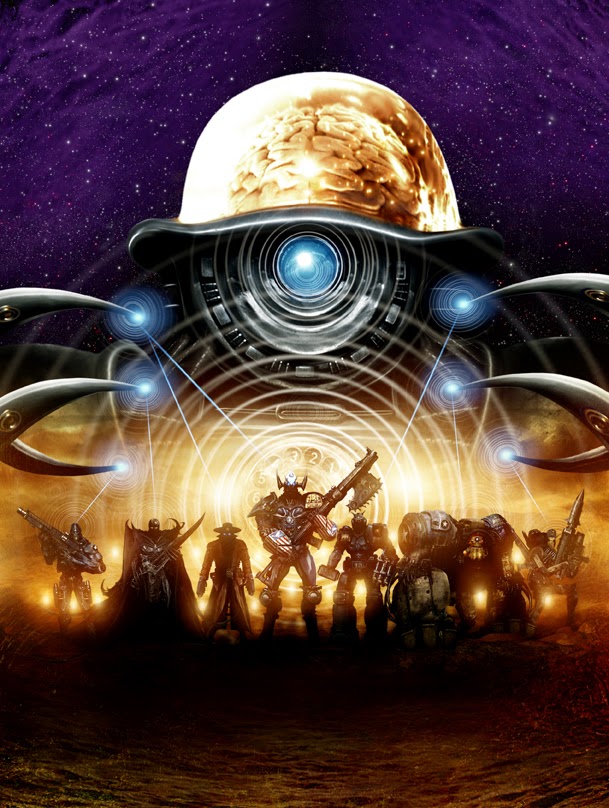 "If there's somethin' explodin', in your neighbourhood, who you gonna call? RO-BUSTERS!﻿"
Clint Langley is absolutely on fine in Prog 1873 as he delivers a brilliant ending to the current ABC Warriors arc. The story ends with a beathtaking homage to the work of Carlos Pino as Clint recreates a page from Issue 2 of Starlord. 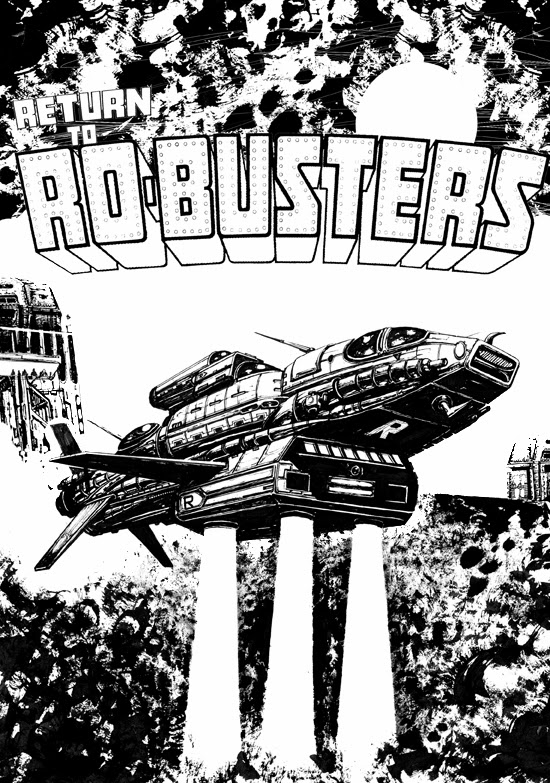 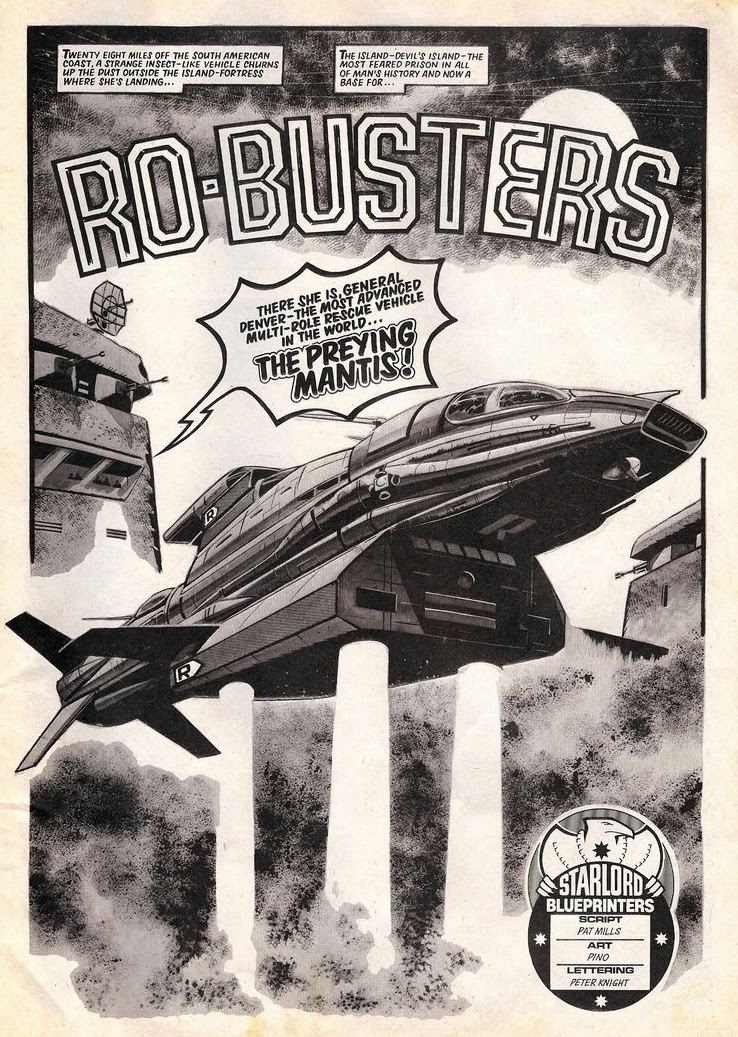 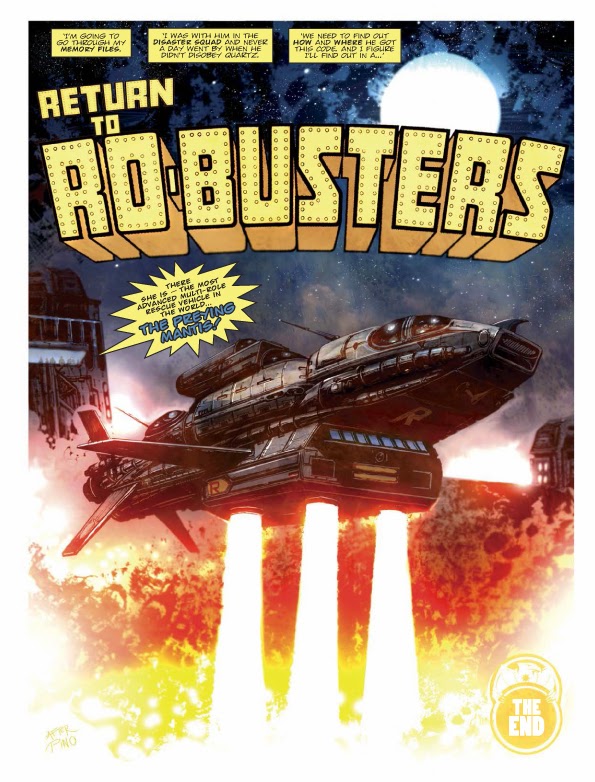 ﻿
Pino Egregious
The Praying Mantis was disaster squad Ro-Busters state of the art Spacecraft which could take them from their base on Devil's Island to any crisis in record time. The modular craft splits into four sections - the front section a heavily armed attack craft, the centre an orbiting base of operations, the back a spacecraft and submersible (for those tricky underwater missions) and a lower section which detaches to deploy robots and equipment.
Below is a cracking cross section from the Star-Lord 1979 Sci-Fi special, it's well worth a read (number 18 is my favourite!) ﻿ 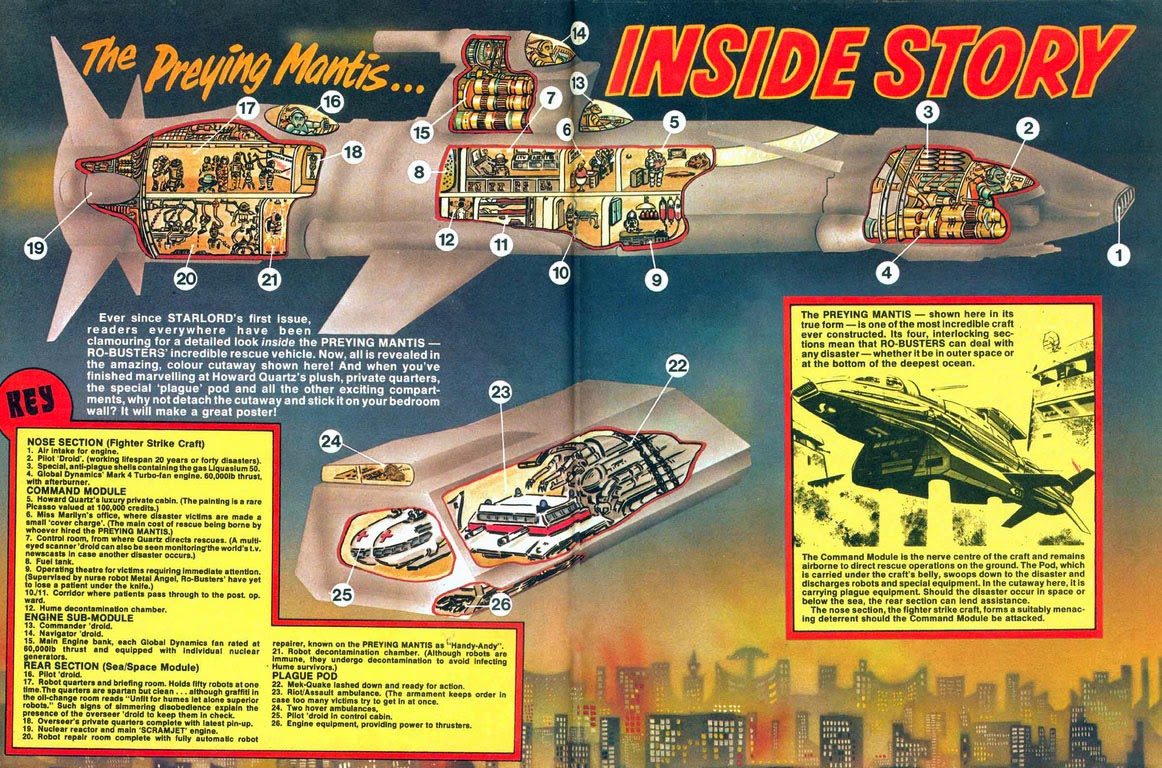 ﻿
No toilets?
This is a truly glorious cover. Over the course of the ABC Warriors saga we have discovered that the avaricious Howard Quartz﻿ has been supplying, and profiting from, all sides of the many wars that have plagued the robots across the years. Without Quartz' meddling and his weapons and technology, the ABC Warriors would have been able to fulfil their prime directive to increase the peace!
Below we see old 'Mr Ten Percent' playing the Warriors like puppets, I can almost hear an evil, electronic laugh!
﻿

Here's how the cover looks on your shelf, in a word, zarjaz! 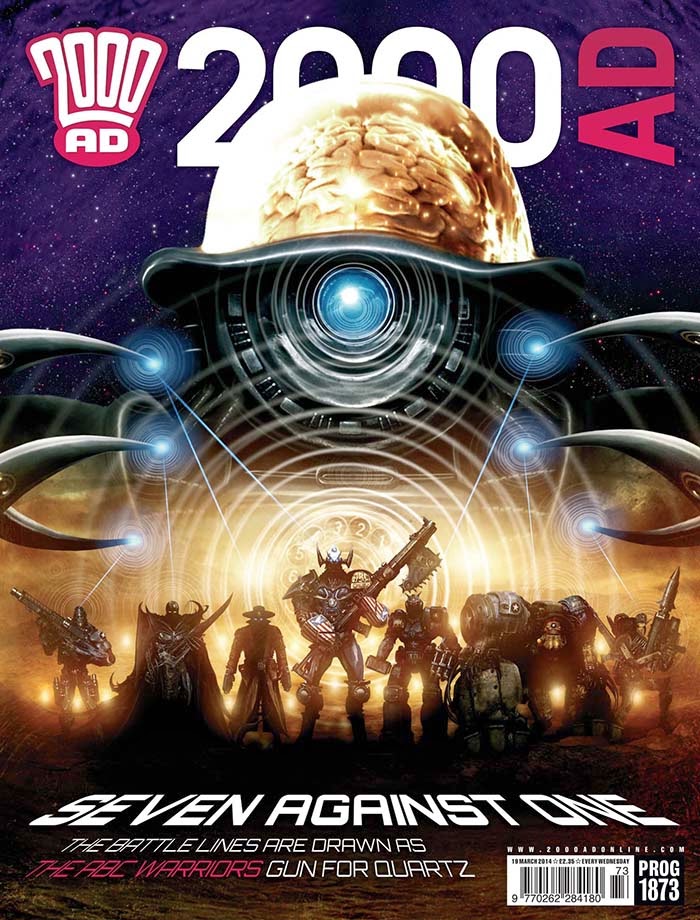 Insane in the brain!
Huge thanks to Clint for sending the cover and the uncoloured Pino tribute, I am truly in awe!﻿
﻿
Posted by Pete Wells at 04:35