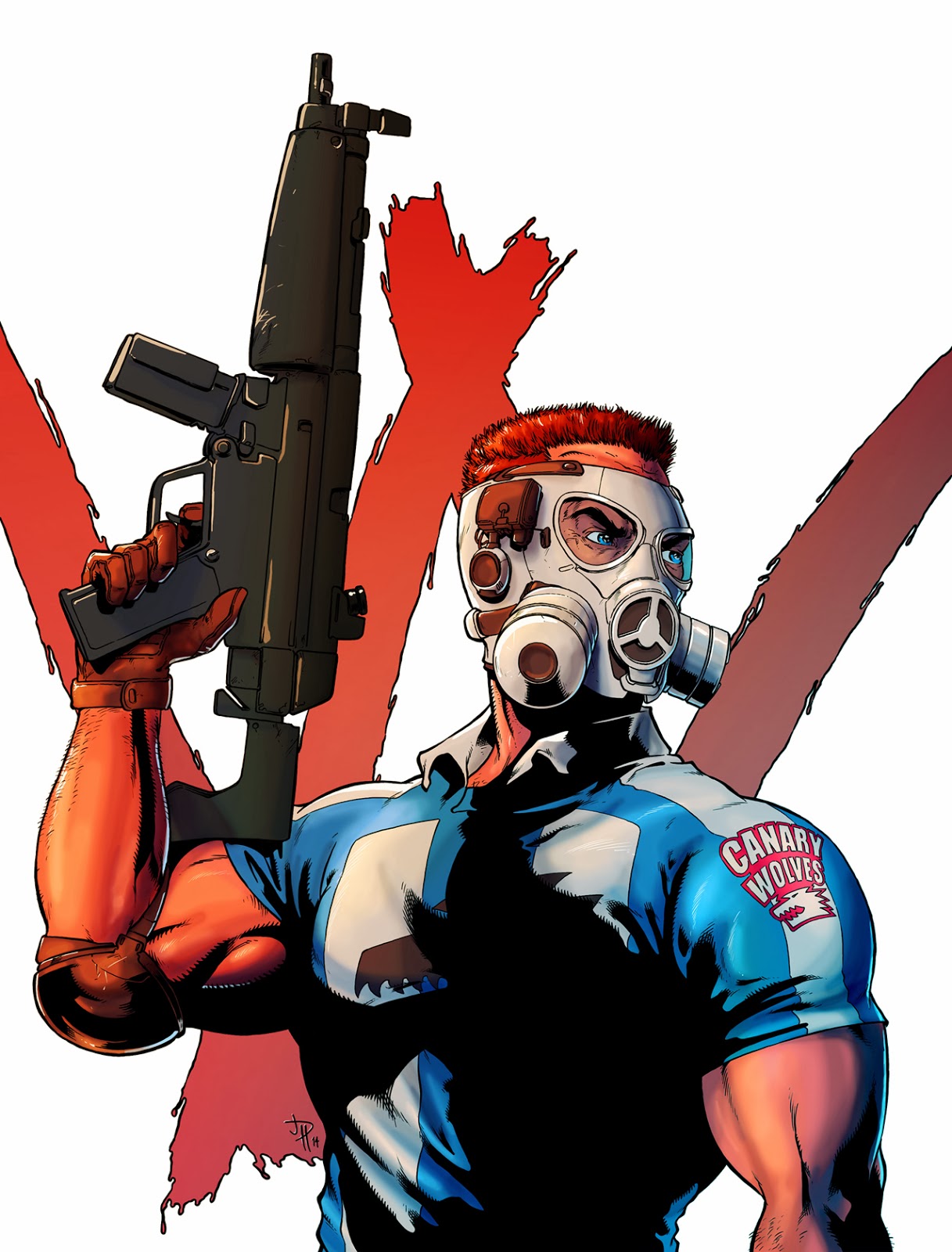 ﻿I'm delighted that Mr Jon Davis-Hunt is back in my Prog and drawing wolves again! He's back on his second 3hriller following his excellent work on last year's futuristic, big stompy mech romp '15.' A story which played to Jon's big stompy mech passion perfectly!
The new story is called 'After the Vengeance' and is set in a desperate future London. We see the aftermath of an uprising by the 99% who, tired of being screwed over by the bankers and politicians, rise up and take the nation's capital. The crumbling streets are controlled by a thuggish militia force called the Canary Wolves, represented by the rather dapper looking chap above.

Over to Jon to tell us about the cover 'The initial sketch I sent to Tharg was based on an earlier quick character concept I did for the Canary Wolves. Basically, they're a militia force in football uniform. I'd played around with a few ideas for a background, but in the end, went for a spray-paint style 'W' on the faceless wall behind.'

'In the initial sketch, you'll see that the gun was white - I had originally intended that all they're weapons be white, but after lighting the image later, Tharg pointed out that this in fact, made them look like they were made of wood. He was of course totally correct, so I changed them to a more sensible looking metallic later.﻿'

A white gun!?!  C'mon Davis-Hunt, we all know that would clash terribly with the thugs' trainers... 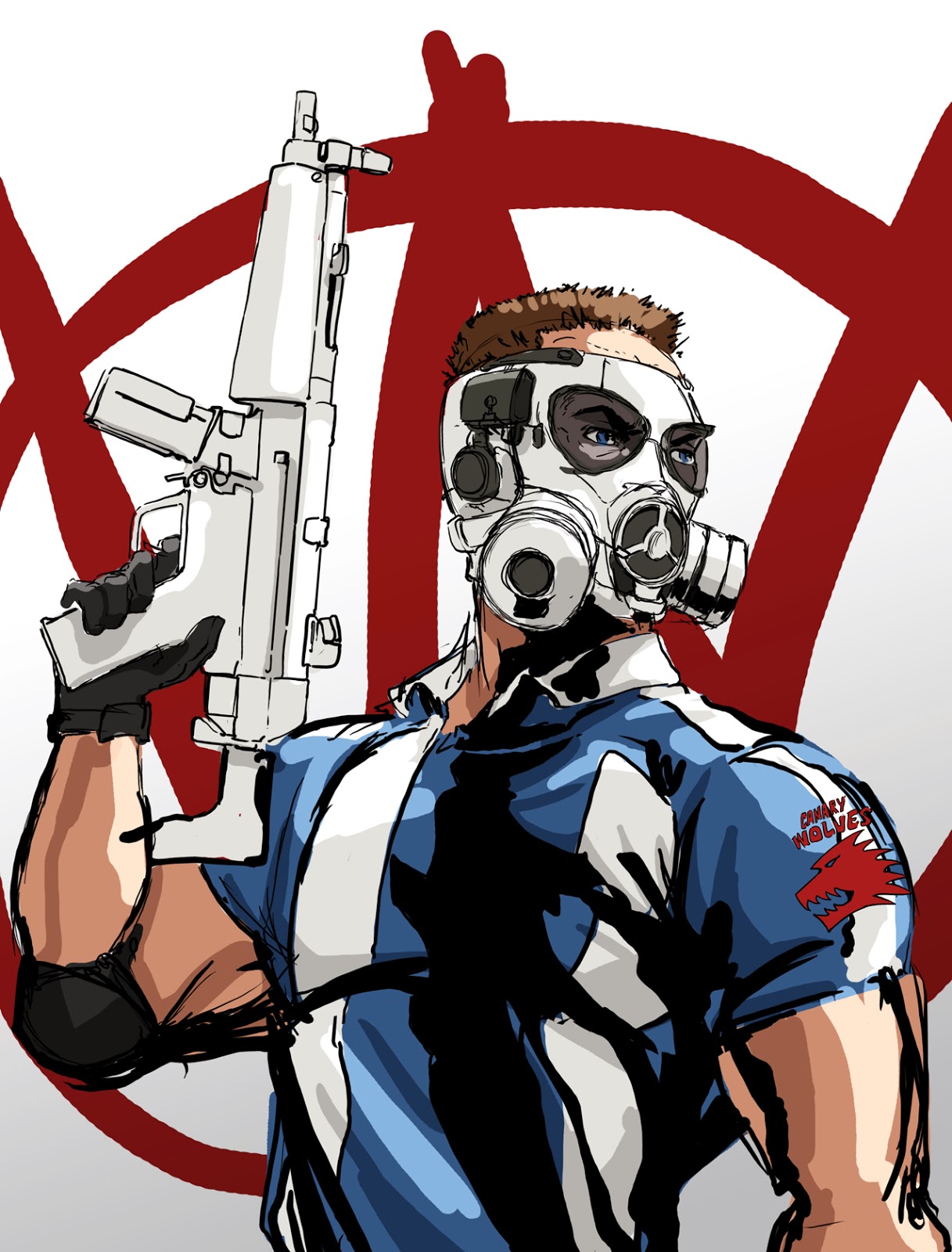 'Next came the inks. Straight over the top of my shoddy original sketch!' I'm always a fan of Jon's clean inking style, great stuff! 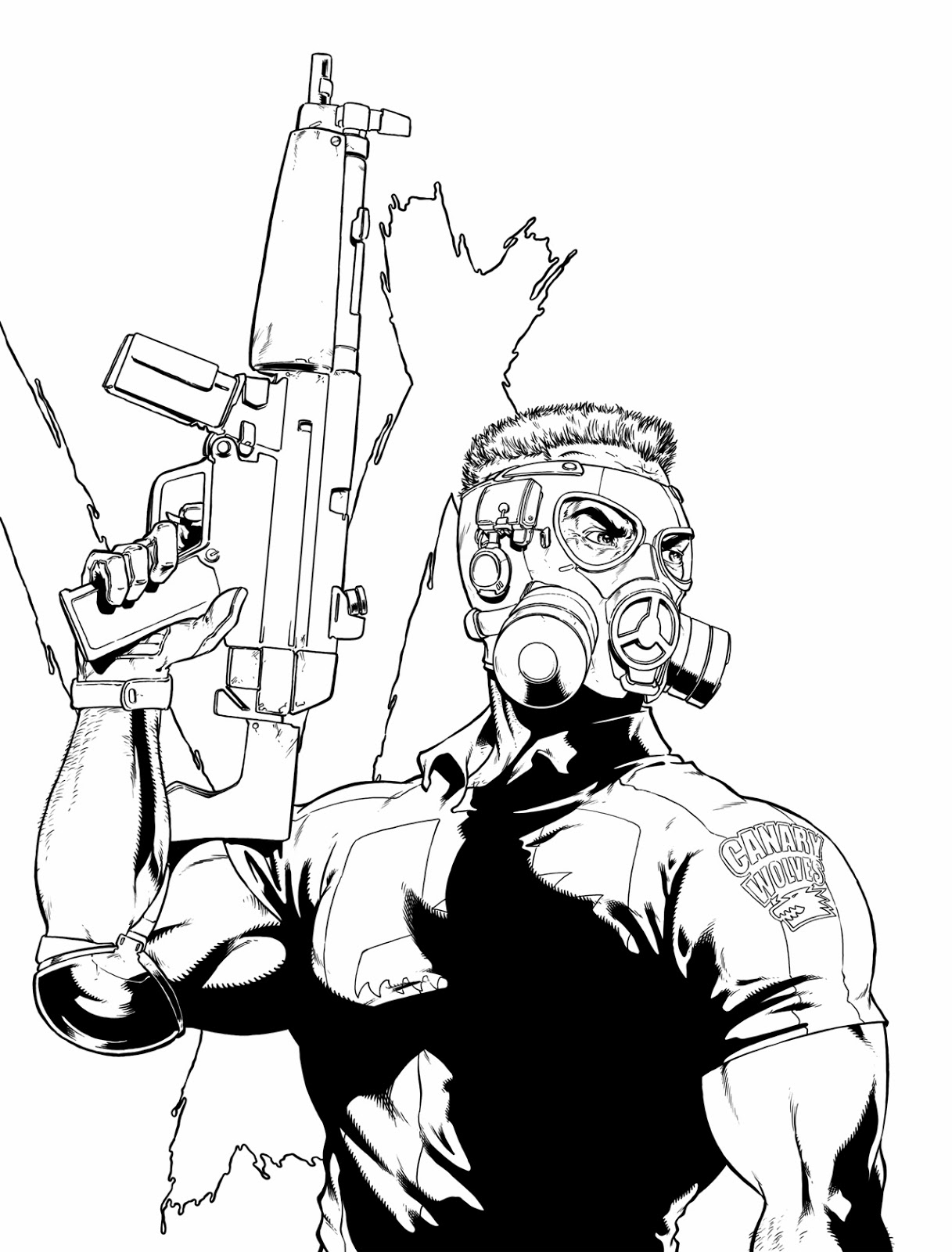 Petr Cech's face masks got more outlandish by the week...

'Flats went on. Again, I stuck to the football strip style. You can see the gun is still white at this point.' 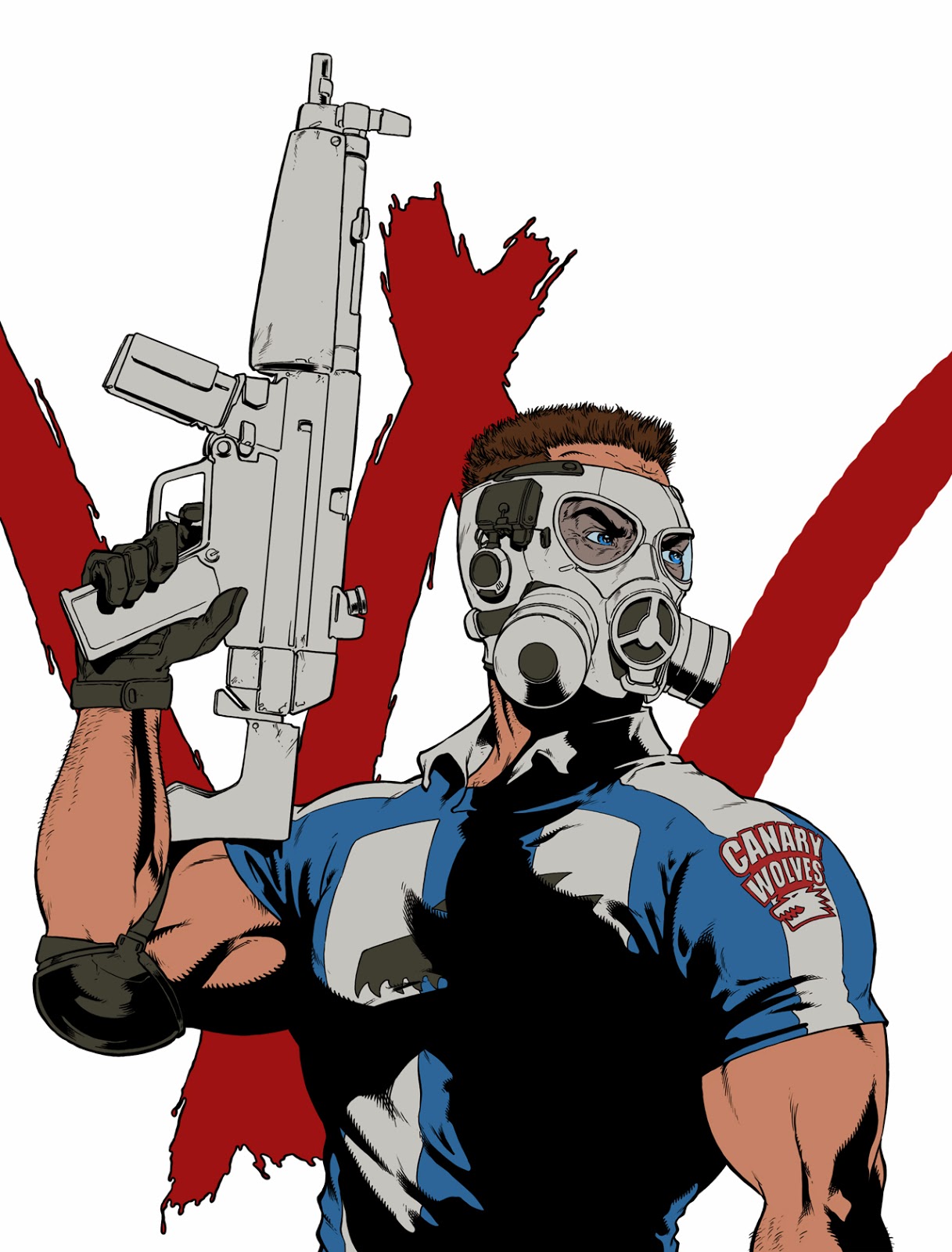 Wolves' new away kit was a bit confusing to the fans.

'And finally, all lit up! I went for a very harsh Red/Blue hard light/back light, just to make the image stand-out more from the white background. And that was that!'

Your militia needs YOU!

And here's how the cover looks on your newsagent's shelf, marvellous! 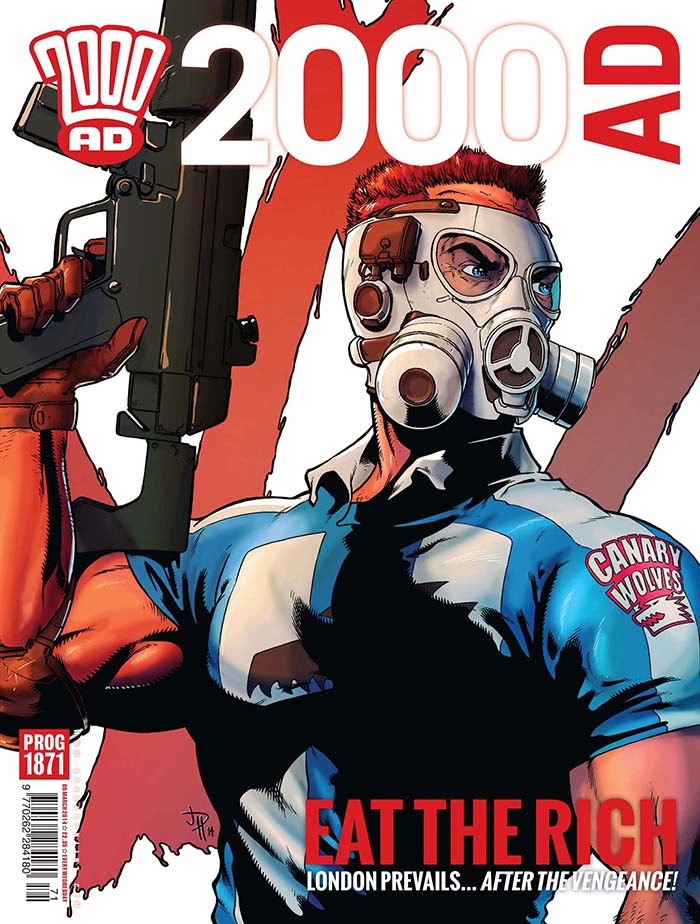 I like this cover, it really appeals to the ThreeA collector in me, check out the recent Marquis de Plume figure to see what I mean.

Whalloping great thanks to the lovely JDH for sending the cover. I'm enjoying this story (artist David Ballie is quite the writer!) and am looking forward to see where it goes.
Posted by Pete Wells at 01:20