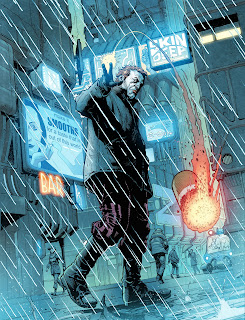 Here is a funting marvellous cover by the magnificent duo of Cliff Robinson and Dylan Teague. The cover celebrates the return of Sinster Dexter to our prog and shows a morose Finnig... I mean Malone, back on Generica as part of a witness protection program. Surely, alone on this backwater world nothing can go wrong, can it?

The new series sees the legendary John Burns providing beautiful painted artwork which really adds weight to the story. I'm delighted to have the strip back and hope the gunsharks have an extended run this time around.

Below is Cliff's rough, we can see the reference he's used to help get that dazzling composition and perspective juuuust right... 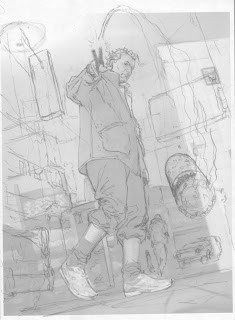 And here's the rough layout with the logo. I love how the Smooth's Smoke jumps in front of the 2000AD logo adding yet more depth to this dazzling image. 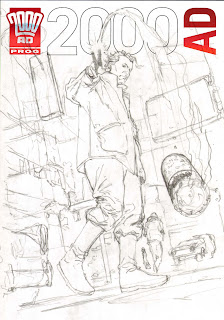 Rough on the streets

With the roughs finished, Cliff scans them and coverts them to blue line, ready for inking. Check out the perspective lines, allowing for some of Cliff's trademark archtecture... 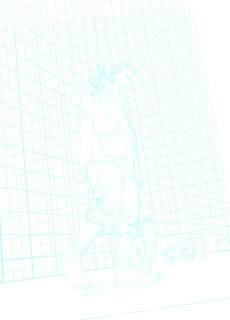 "These boots were made for Sharking!"

Those blue lines meticulously inked, proof, as if it were ever needed, that Cliff really is the best in the business. 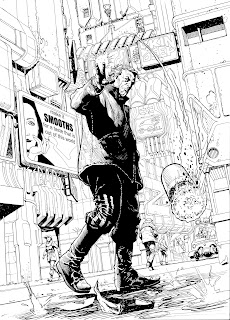 Cliff also sent the Smooth's Smoke's ad, if she knows, she's not telling... 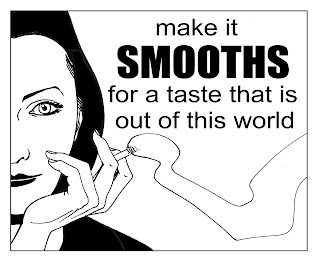 And here, inspired by the tears wept when Demi Octavo got whacked at her wedding, is the driving rain... 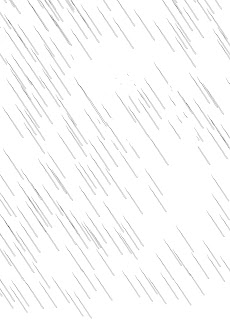 And below, like Mega City One's weather control, Cliff has added the rain to the scene. 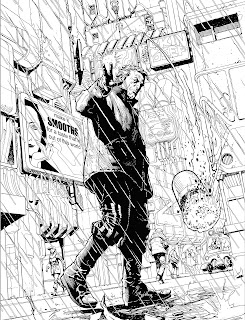 Slingin' in the rain

As you can see, Dylan did an outstanding job, those gloomy blues look freezing and that cigarette absolutely glows!

The team of Robinson and Teague was the perfect choice for artist here and this noir-esque cover is a brilliant companion for his recent Jack Point Trifecta cover of Prog 1812... 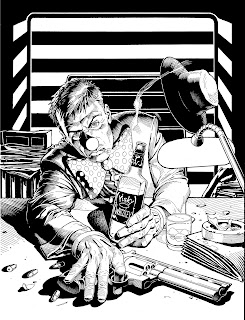 Feeling frisky with a bottle of whizkey.

And, of course, that cover coloured by Dylan... 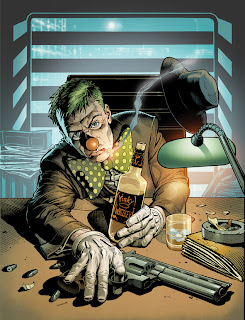 "You get the point."

Finally here's how the issue looked on the newsstands, nice! 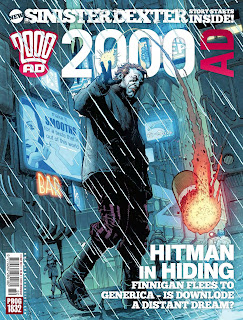 So, a great big walloping THANKS to Dylan and Cliff for their hard work and for sending the images. I've beem lucky enough to have a sneeky peek at the dynamic duo's next cover and it's a cracker!

Come back later  in the week for a THREE PART SPECIAL, showing D'Israeli's ENTIRE creation of the scrotnig cover of Prog 1835 from sketch to masterpiece!
Posted by Pete Wells at 11:49