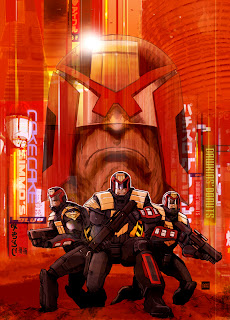 Another striking cover from the talented Lee Garbett, this time featuring Dredd and the members of the Justice Department Marine Corps! The corps have been drafted in to help clean up the Mega City after the dreadful Chaos Day virus and are put through their paces by a highly organised City Def unit who have claimed independence for their block! As Dredd is trapped inside the block the marines employ typically OTT tactics to quash the rebellion, this isn't gonna end well!

Below we see Lee's rough layouts... 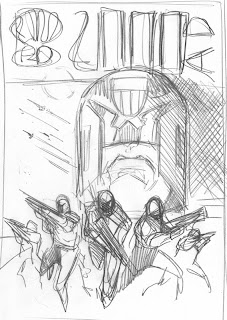 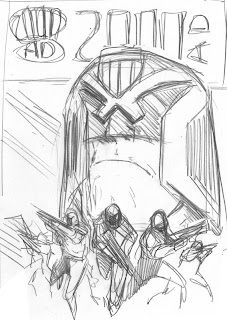 Followed by these absolutely beautiful pencils. Loving the Jock-esque helmet there... 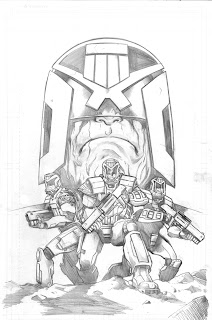 And the final image. Over on Lee's site he states that this was his second pass on colouring as his original understandably featured a star field. I'd love to see that, I reckon it'd make a great contrast to the warm colours used on the Megacity version!

Thanks to Lee for sharing the images and giving permission for them to be put on here!