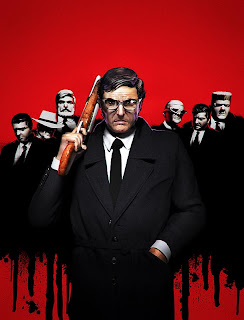 "Shut it you slaaags and listen! There's a new guvnor on the manor and his name is Neil 'The Dressing Gown' Roberts. When he's not out choking spivs with his dressing gown cord or shooting mobsters with his plastic gun, he's knocking out a decent blog, ain't he?"

"The filth have released these terrifying pictures of him. As you can see he's a master of disguise, going from catalogue model to champion gurner in seconds..." 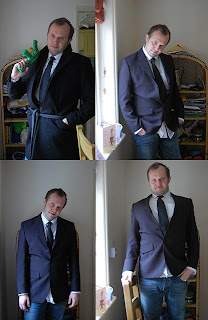 "The rozzers also found these scribblings below, the word on the street is that he was using these to plan something big..."

"Scotland yard have released this terrifying photofit, speculation as to the identities of the figure in the middle and his associates is rife, though it's as easy as ABC to work out that these are going to be trouble in future..."

You can check out more, including interesting facts regarding the background of the central figure and this Roberts character, at http://skinnyelbows.blogspot.com/
Posted by Pete Wells at 14:04