Paul Marshall & Chris Blythe - Cloudy with a chance of heid the baws! 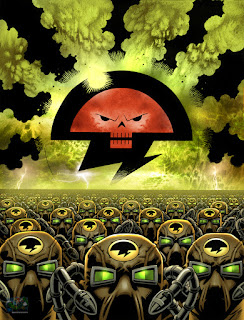 All hail Nordland as Prog 1937﻿ brings us the return of Kapiten-Inspector Atalia Jaegir of the Norland State Security Police. The war crimes investigator and her team find themselves in a harsh work camp on the military garrison world of Tartarus, what grisly goings on will she uncover?
The mighty one tasked fan favourites Paul Marshall and Christ Blythe with bringing us this chilling propaganda style poster for the cover and they seriously didn't disappoint.
Below we see Paul's initial ideas as he plays with layout and perspective... 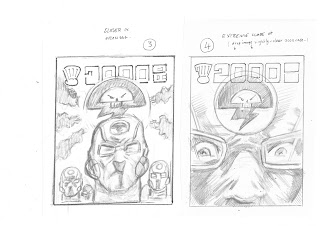 "I've got this dial on muh head, see?"
Tharg obviously went for the crowd scene, for which I'm sure Paul was delighted...
﻿ 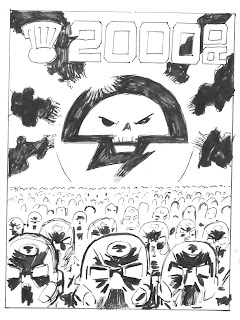 The crowds gather for the annual Norland S&M convention.
With the sketch done, Paul drafts his pencils. Amazing to see all those hand drawn heads in this age of Photoshop...﻿ 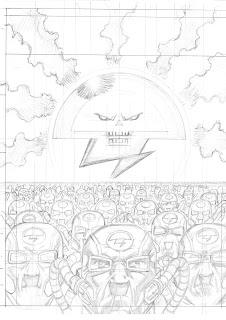 "Nein! I'm not scared of lightning... aiiieeee!!!"
﻿
Then the image is inked. At this point I checked with Paul that there were no digital shenanigans with the cover and he really inked all those heads to which he replied "I did... such fun!" Tharg really is a hard taskmaster! 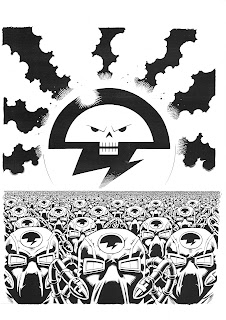 The Norts' world record attempt for biggest selfie.
The image was sent to master colourist Chris Blythe who had the unenviable task of adding colour to the tens of thousands of Nort troops. I'm sure you'll agree he did an amazing job, those chem clouds are particularly impressive! What a striking image...

﻿
"Okay, who farted?"
My thanks to Paul and Chris for sending the images, may the diktatorat bless them! If you want to see more of Chris' work, check out his Deviant Art gallery, there are some classic 2000AD pages there, including previous projects with Paul... 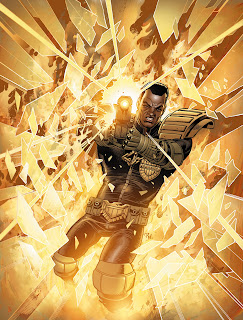 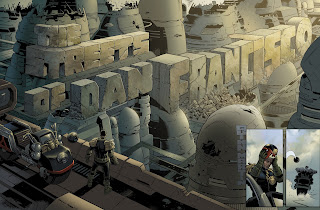 As well as some stonkers from Jaegir artist Simon Coleby... 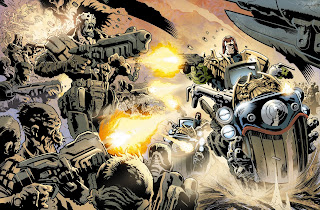 Just another day in the Cursed Earth for Dredd. 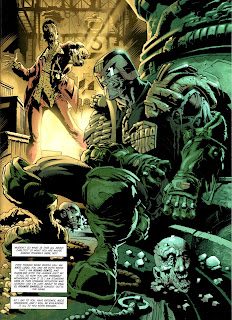