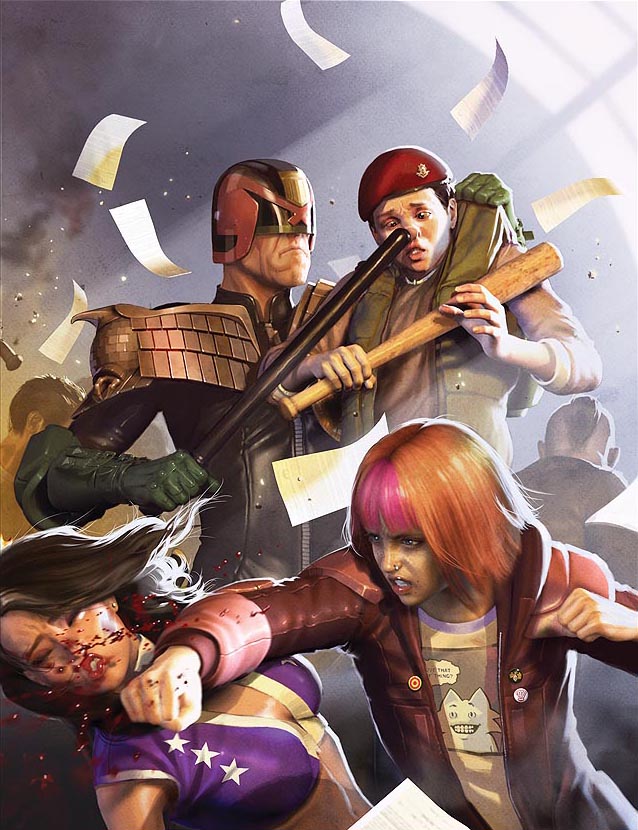 Ah yes, being a school teacher it's nice to see Dredd giving some effective discipline in the classroom in this outrageously magnificent cover from the Mighty Alex Ronald. Prog 1904 sees Dredd attend a disturbance at Gramercy Low School in the brilliant Block Judge storyline, with predictable results. Man, I'm jealous!
Below is Alex's digital rough which, I think depicts one of my RE lessons... ﻿ 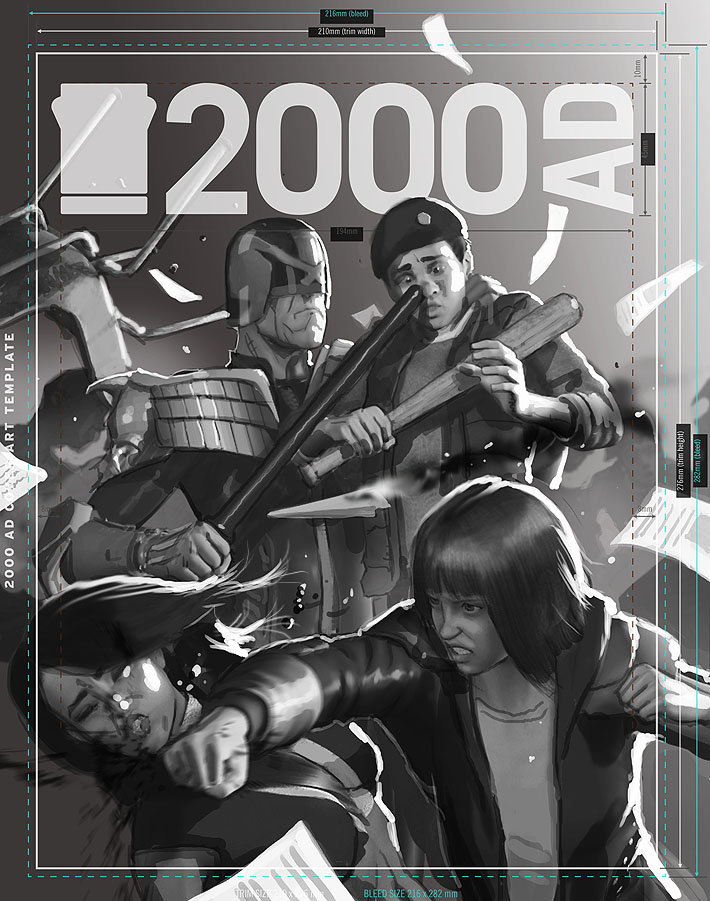 "Hey Chinface, leave those kids alone!"
﻿
On the finished version of the cover, the juve in the foreground sports a rather fetching T-Shirt with none other that Kreepy Kat on it. If you are unfamiliar with this disgusting web comic, I suggest you follow this link and acquaint yourself pronto!
Written and (mostly) drawn by Alan Kerr, Kreepy Kat is a morally bankrupt, sociopathic, murderous freak of cat who spends most of his time engaging in unspeakable acts - Garfield, he ain't! Despite it's fabulously crude tone, the strip is very clever, really pushing the boundaries of the comic strip convention and existentialism as Kreepy exits panel borders, interacts with his creator and comments on the quality of the script, great stuff!
On occasion, guests artists would contribute to the strip including big names such as Frank Quitely. Alex was asked to contribute, giving us the gem below, lovely... ﻿

Face Chuggers!?!
Below is the brilliant finished image, another classic from one of the hottest artists around!﻿

And here's how the cover looks on your self... 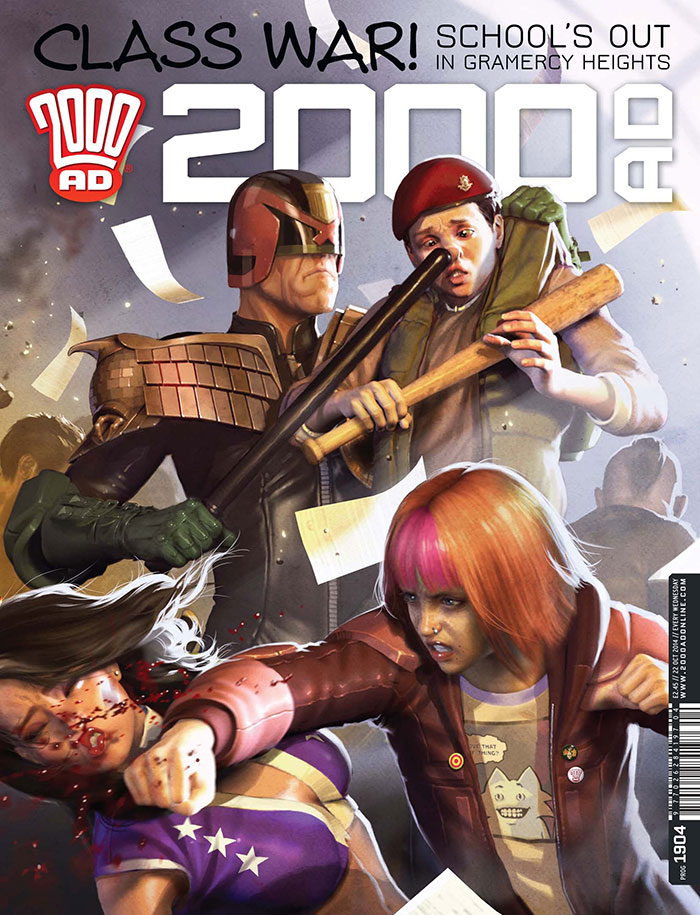 Hermione was the terror of Hogwarts in that difficult Year 9 period...
Mega thanks to Alex for sending the images, check out his blog here!﻿
﻿
Posted by Pete Wells at 15:41