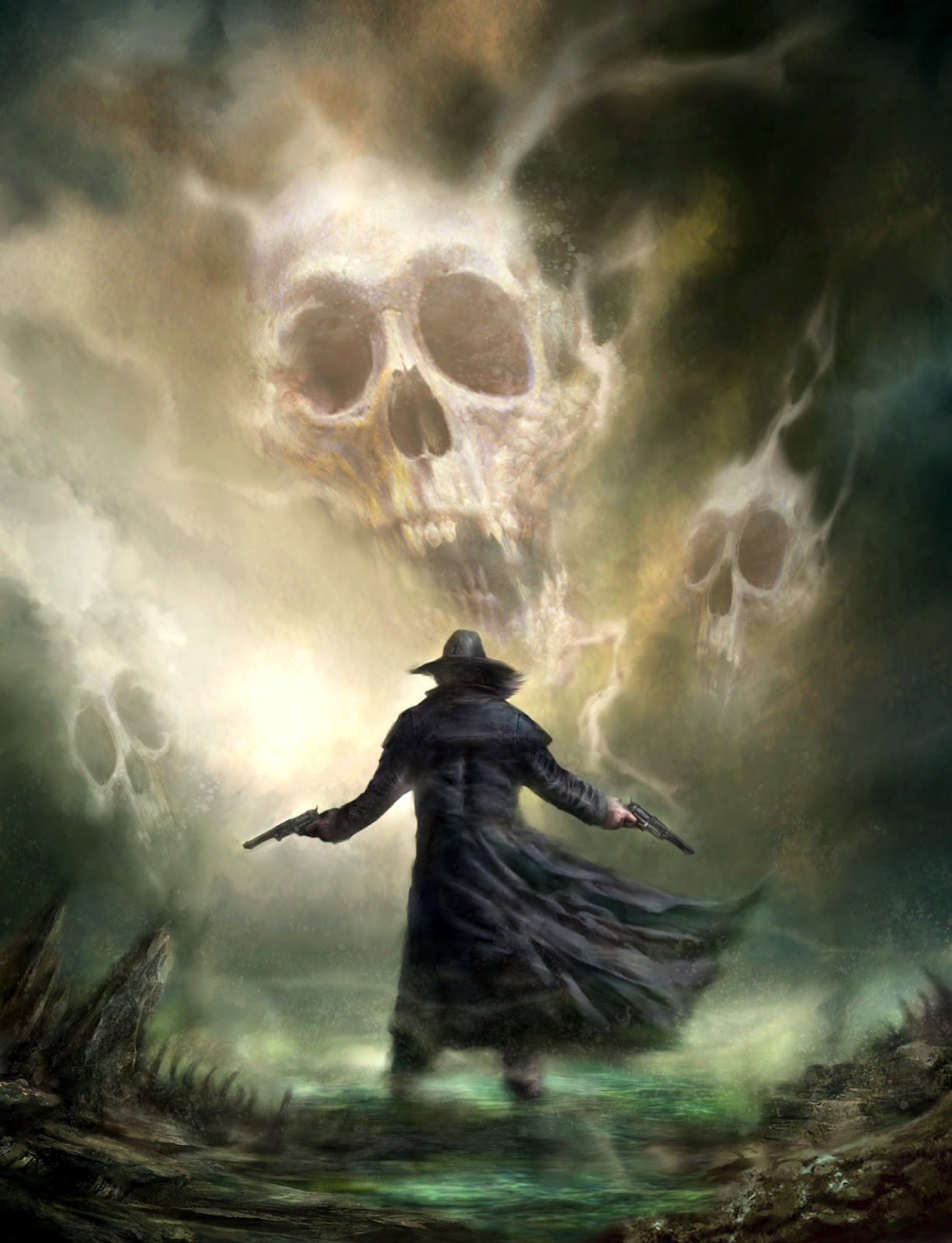 Prog 1901 sees the welcome return of (deep breath) The Grievous Journey of Ichabod Azrael (and the Dead left in his Wake.) Having discovered that the one good thing in his murderous life was a lie, the undead gunslinger has sworn bloody vengeance on, well, pretty much everyone!

One Last Bullet, the third and final book of the series, sees Azrael cross Purgatory and the River Styx itself, on one last mission, a mission to kill God. Let's hope he gives him one from me for ever allowing Kerry Katona to live.

The brilliant, brilliant Nick Percival has provided the first glorious cover for the book. Over to Nick to tell us more "I have to give Tharg full credit for the design on this one. His description:  “I was thinking of a movie poster style shot of him standing on the shoreline of the river Styx, his back to us, guns out, mist swirling around him, perhaps forming a vague skull shape.” is pretty much what the final piece ended up being."

Modest as ever! The mood, tone and, no pun intended, execution of the piece is just perfect. 2014 has been a fantastic year for Nick Percival covers.

Nick continues, "I actually painted this half traditionally with acrylics and finished it off digitally, so it’s a bit of a mash up as far as art techniques go. The aim was also to give it a bit of an ’old school’ type feel in terms of colours, tone and style."

"Reap the whirlwind Azrael! Reap it!"

And here's how the cover looks on the Thrill Merchant's shelf... 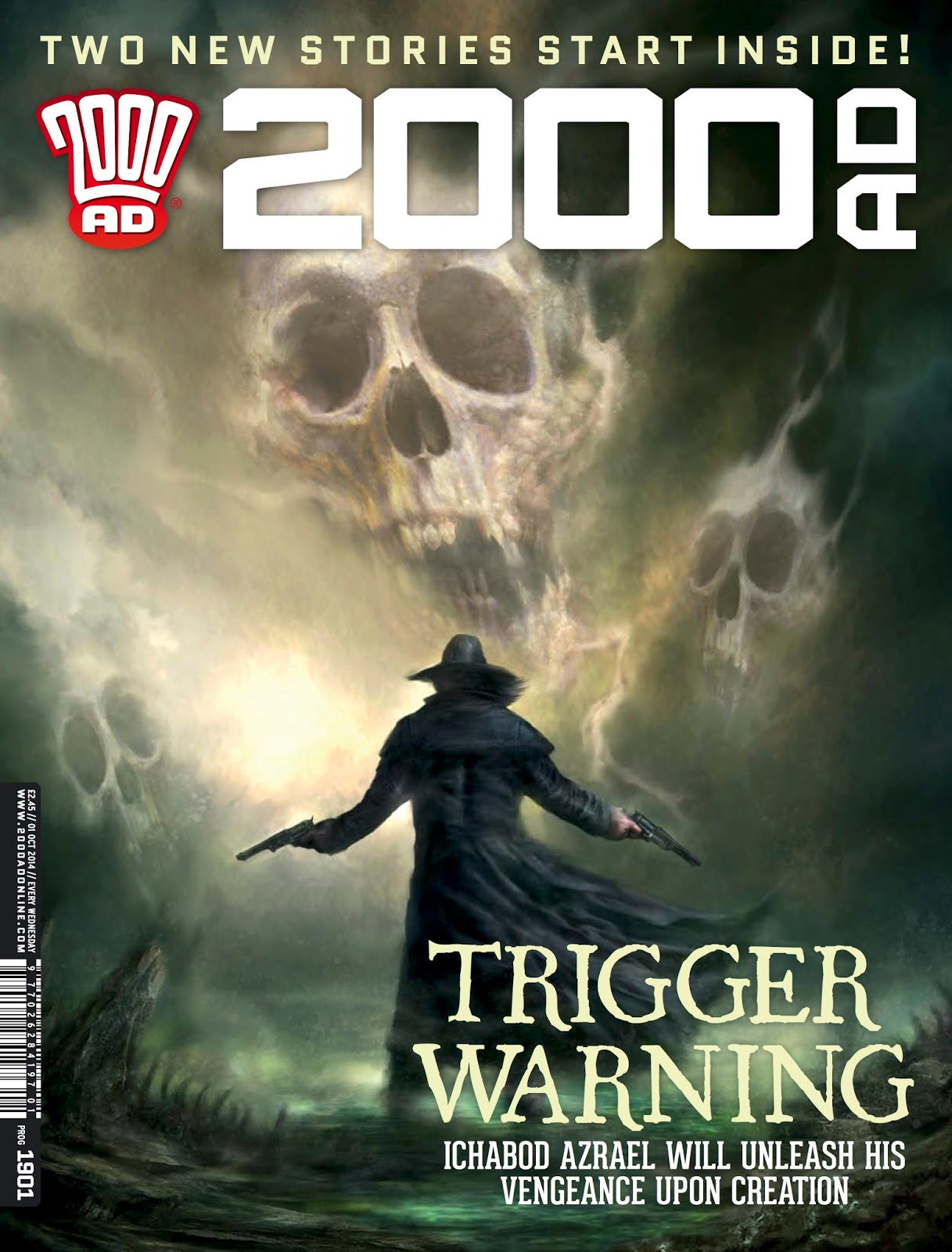 Trigger warning: "Alright Dave? Watch out for that cowboy."

The series has had some beautifully designed covers during it's run, the first being this cracker by Ben Willsher... 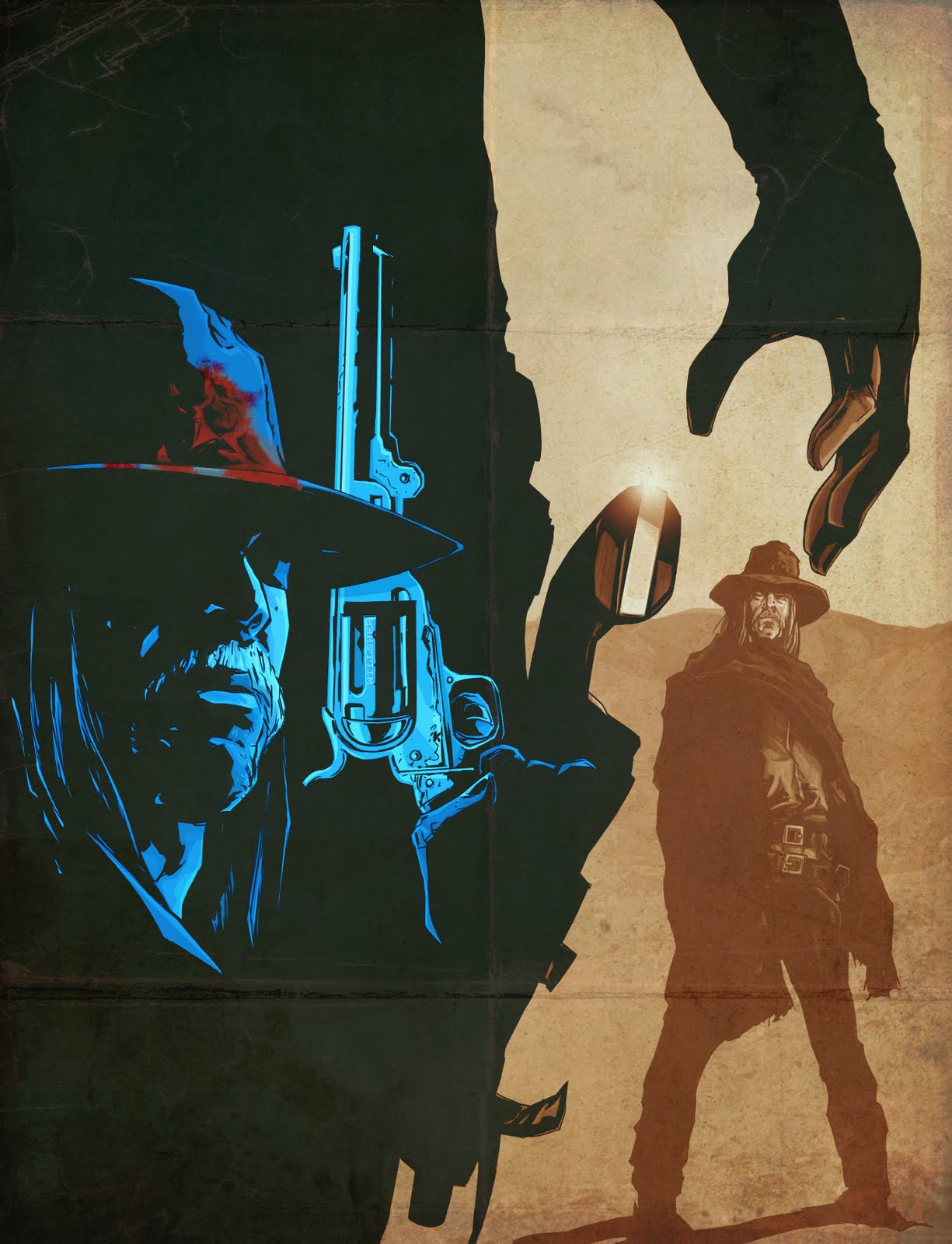 Followed by this cover of biblical proportions by Siku... 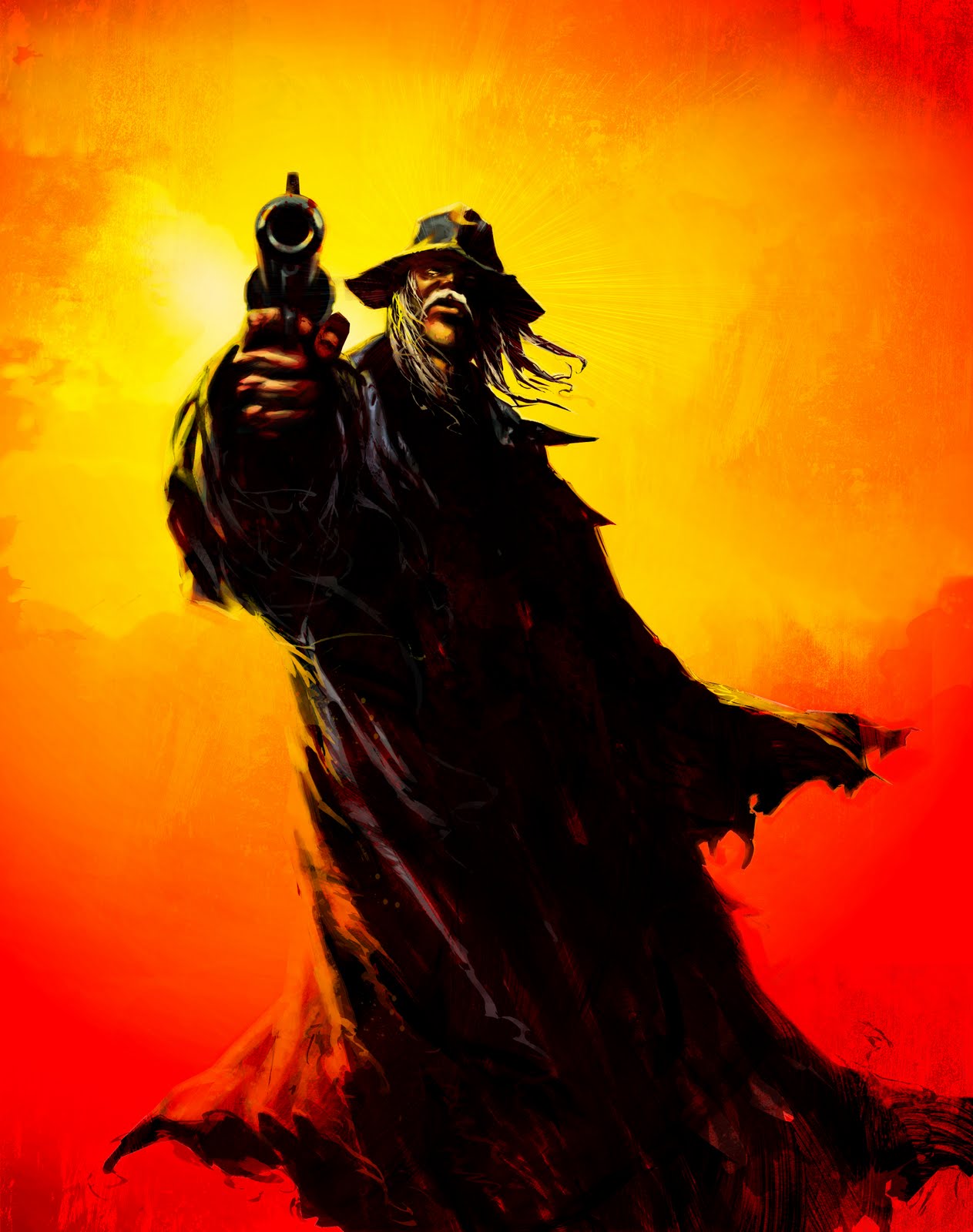 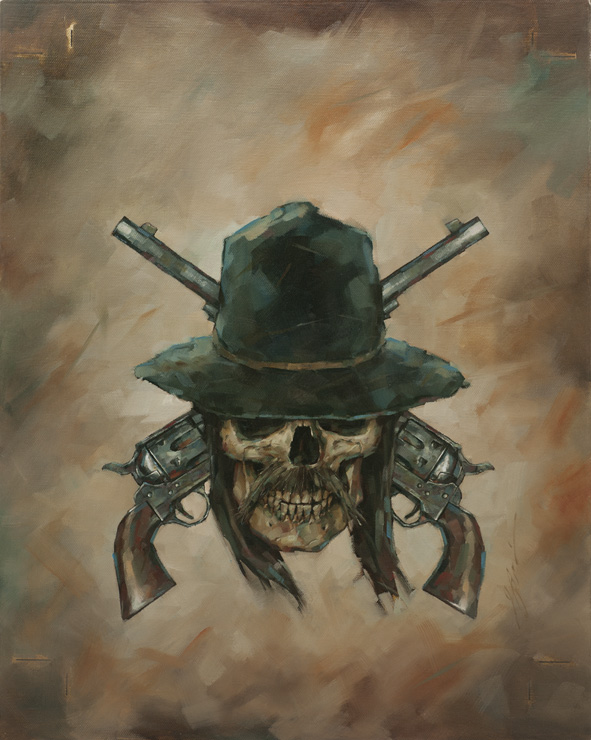 And an all action, digital masterpiece from from Clint Langley. 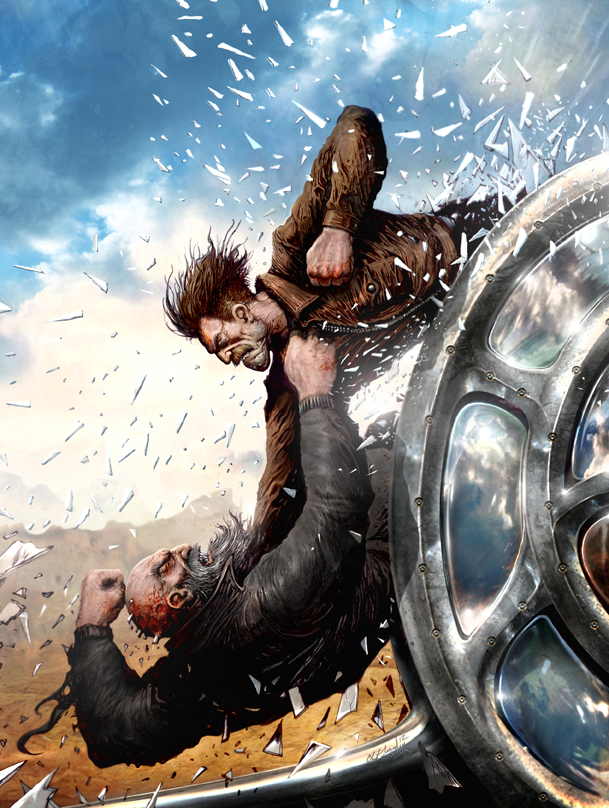 A huge passel o thanks to Nick for sending the image and inside info, we owe him a shot of Redeye at the next con!
Posted by Pete Wells at 04:47