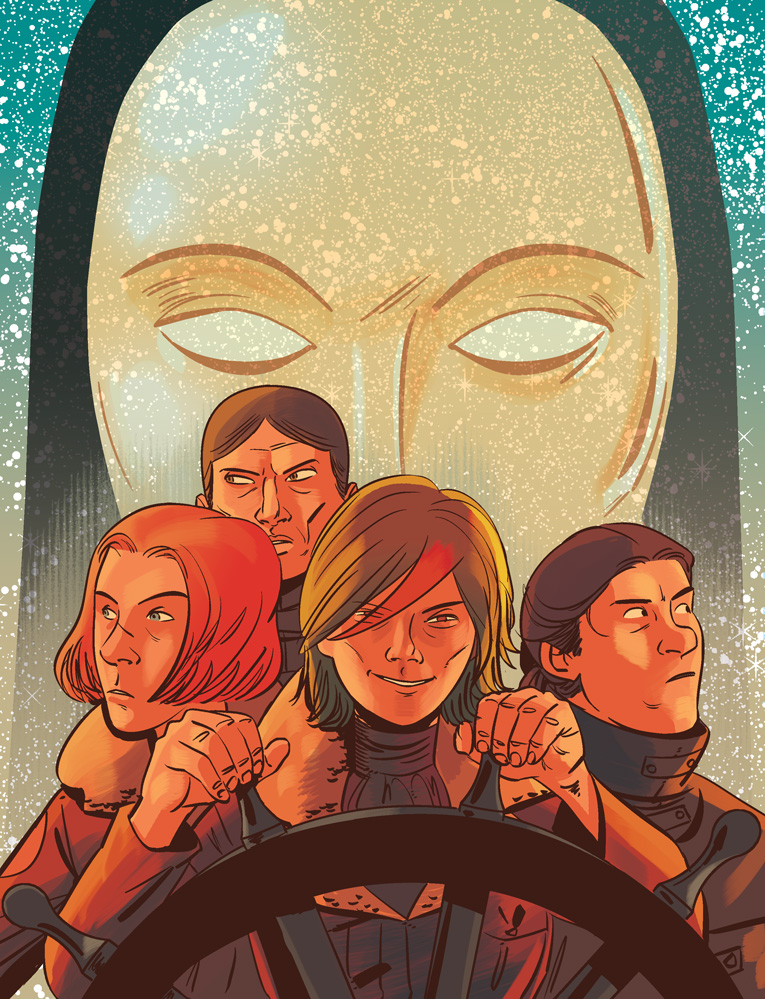 Brass Sun returns in Prog 1888 and when you've read it the meaning of that 'hilarious' subject line above will become apparent! Wakka, Wakka! Like many, I'm thrilled to see this strip return - for my money, Brass Sun has some of the most stunning visuals and brilliant world-building in recent 2000AD history.
The new cover shows our heroes six months on from where we left 'em in Prog 1861. I commented to artist Ian Culbard that I missed the POV/Hand motif of the previous covers, he said "Yeah, once someone notices what I'm doing I tend to move away from it in the hope of staying relatively fresh. POV/Hand motif's were so last season! New season, new things!" Fair enough!
Below is Ian's 'Rough rough' for the cover, he said "Here's the really rough rough - yes, the rough for this was really THAT simple!" 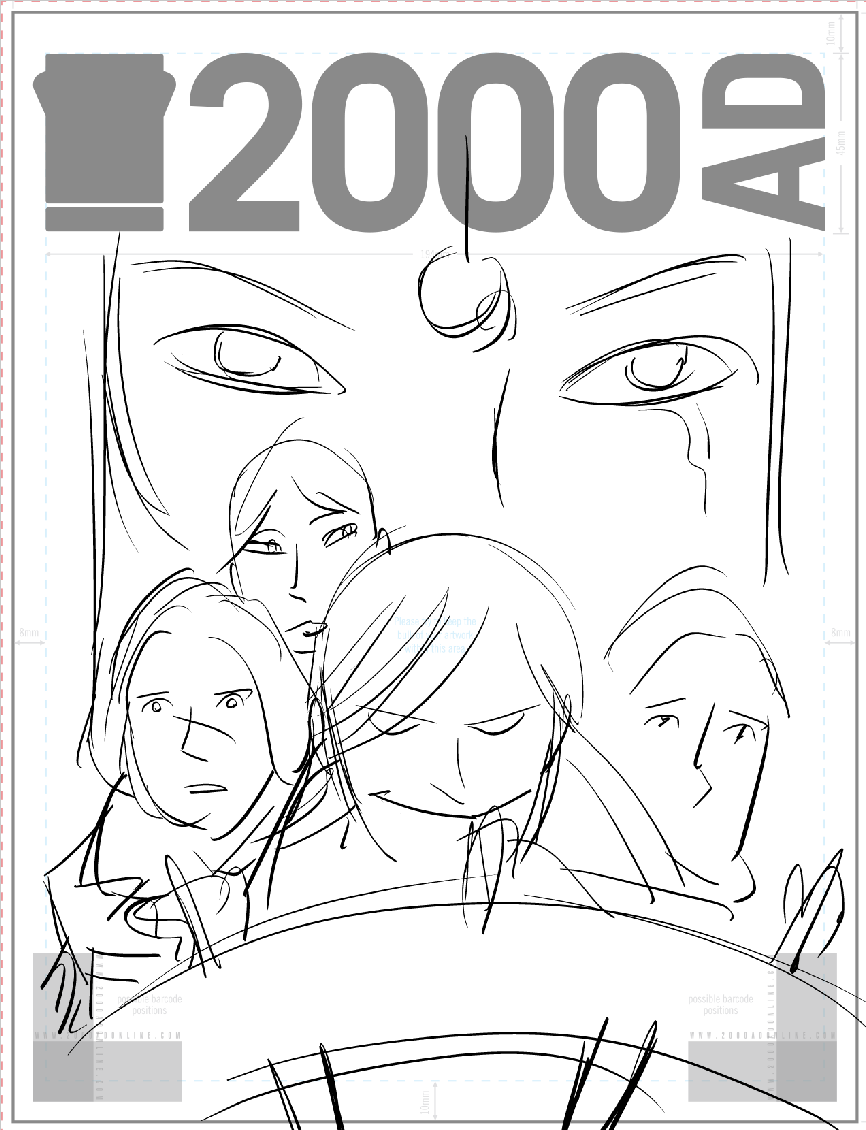 Rough as a bucket...
Simple maybe, but it's a nice call back to the final panel of the previous book, which looked like this...

﻿
Our heroes looking fresh-faced and gorgeous...﻿
Ian explains "We come back to the characters and it's six months later. Our two main characters, Wren and Sept have had a bit of a growth spurt and they're settling in to new looks, as they did with the previous run. They've been mucking in with work and life aboard the Nominal Charge as part of Ariel's crew along with Ramkin and it's probably taken the soft edges off both of them. With this cover, I'd just done the final cover to the mini-series for the US format and wanted to do something that said 'we're back!'"
Which brings us nicely to the American series which sold out of it first and second print runs almost immediately. Most readers will know that Brass Sun is getting the US treatment, 32 pages of strip which will be published as a graphic novel when the strip ends. The design values on these versions are gorgeous and some of the new covers are beautiful.
Here's the complete run...﻿
﻿ 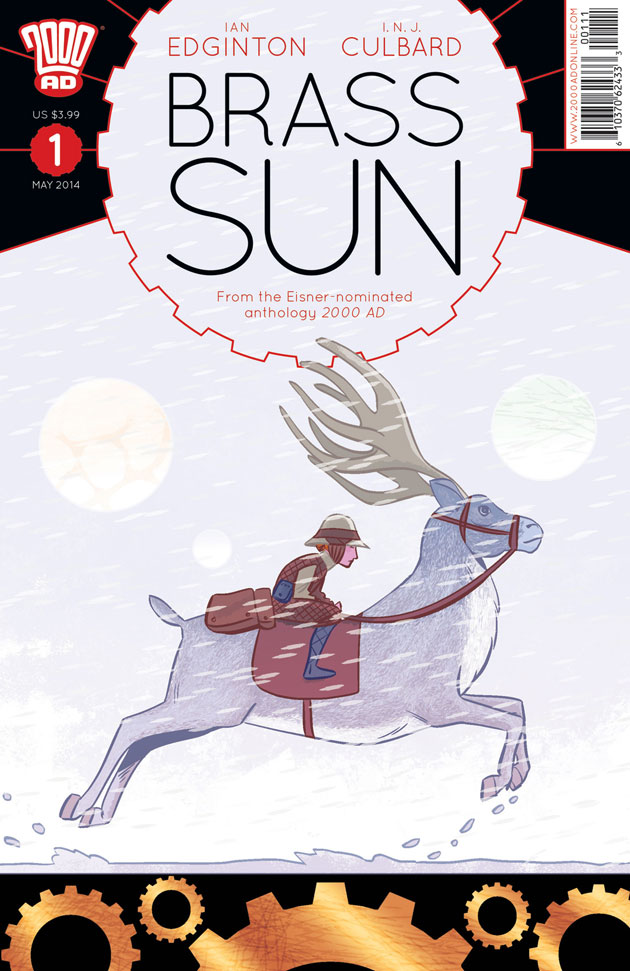 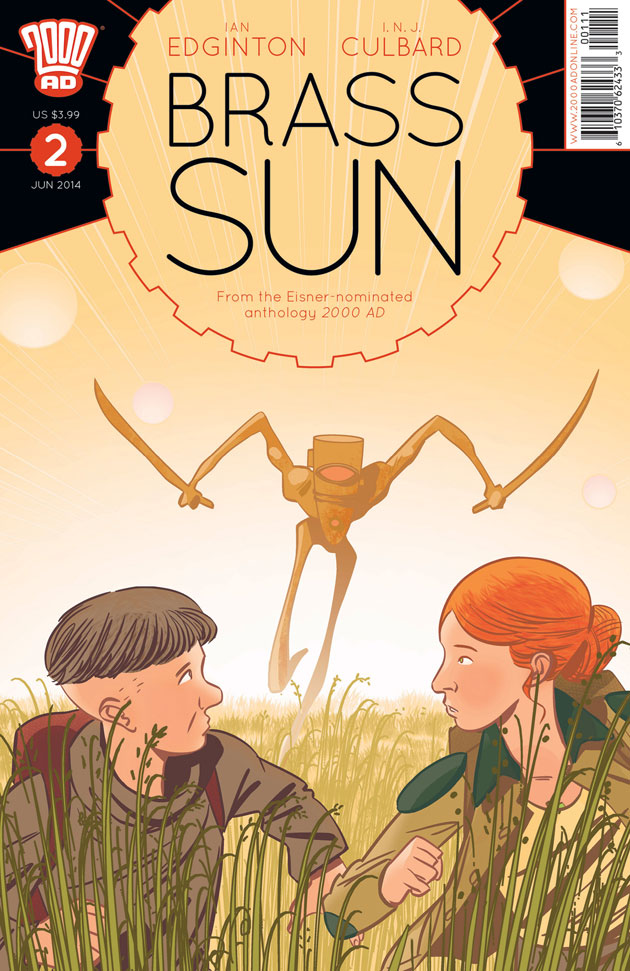 "Oi, keep off the bloody grass!" 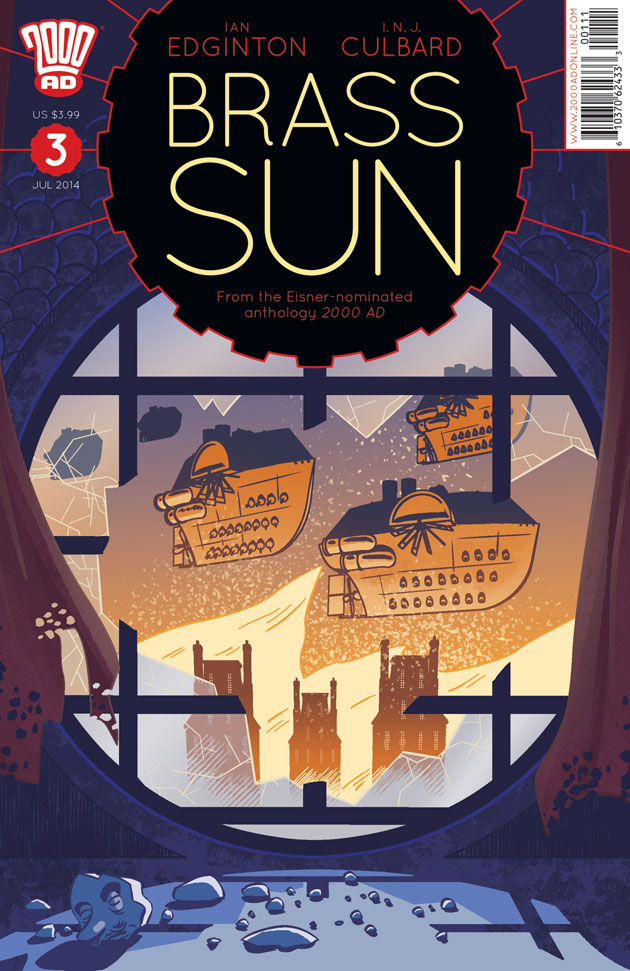 "I saw three ships come flying in, on Christmas Day in the morning!" 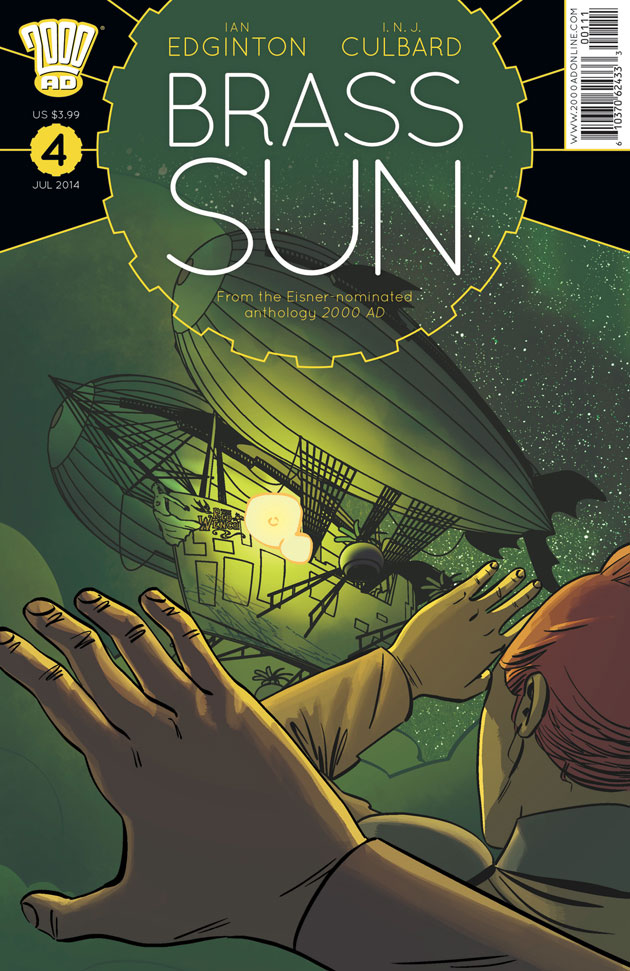 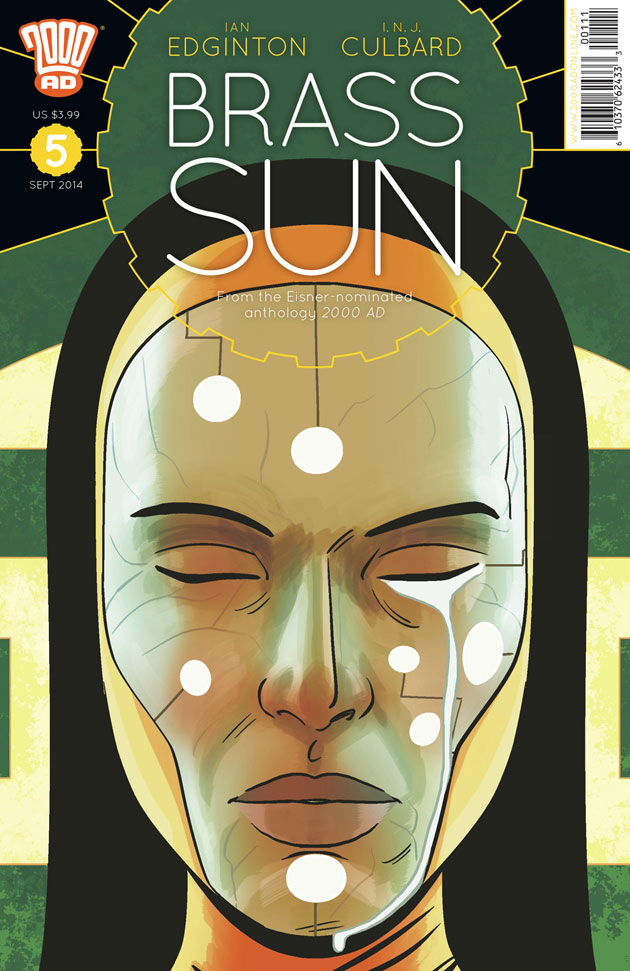 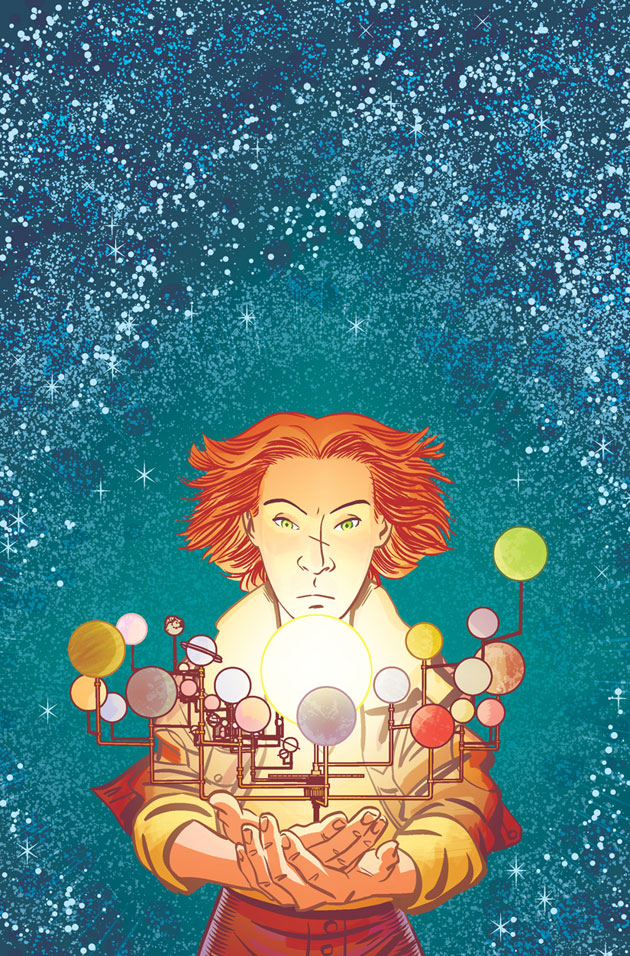 "She's got the whole world, in her hands!"

Massive thanks to Ian for sending the cover and the roughs - here's to the strips' continued success!
Posted by Pete Wells at 16:20