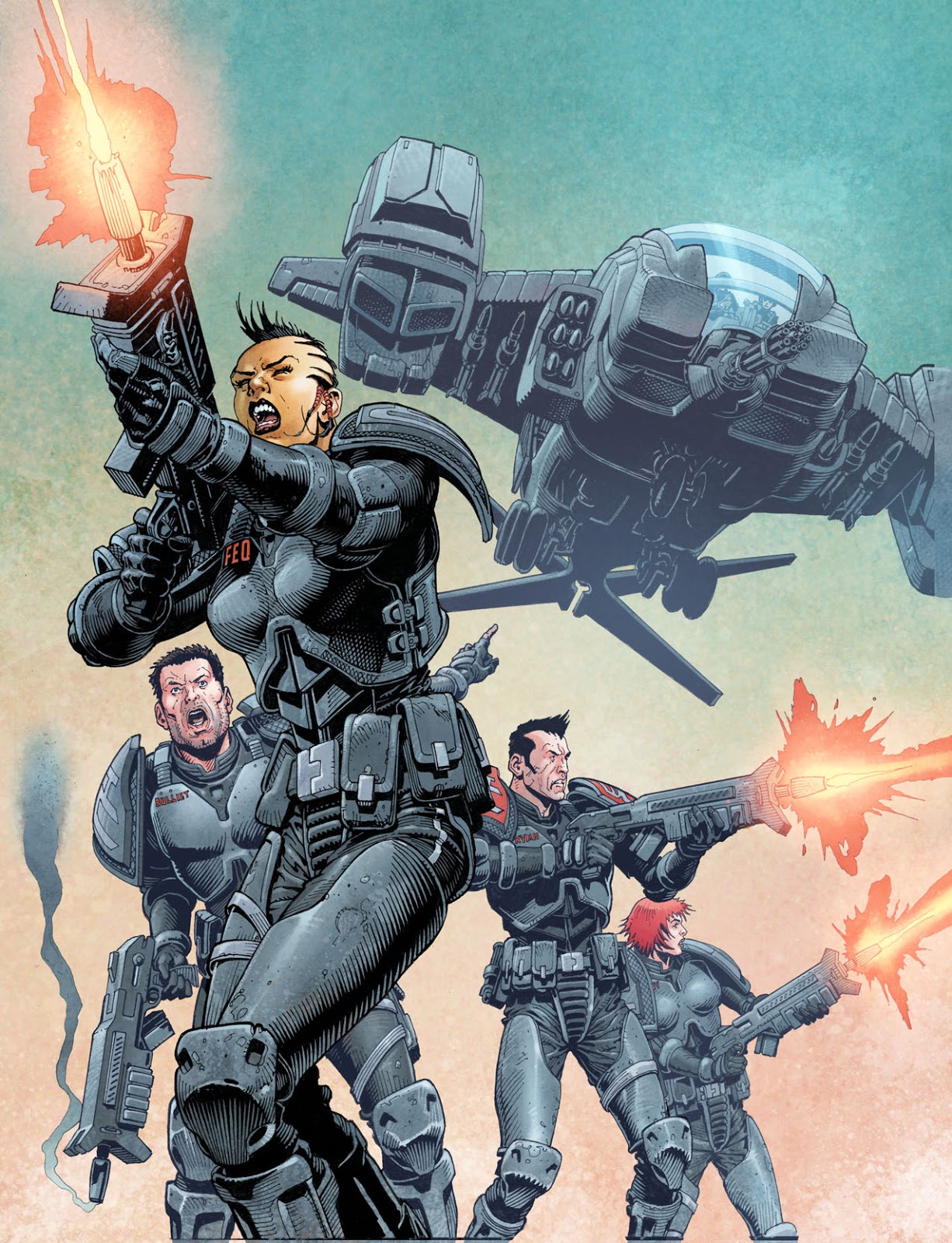 Cliff Robinson and Dylan Teague get suited and booted as the Grey Area team prepare to take on God! If any artists are up to the task I'm sure it's those guys and as usual, they've delivered in spades!
Below we see Cliff's immaculate rough as Bulliet and Co kick alien butt and chew bubble gum...
﻿ 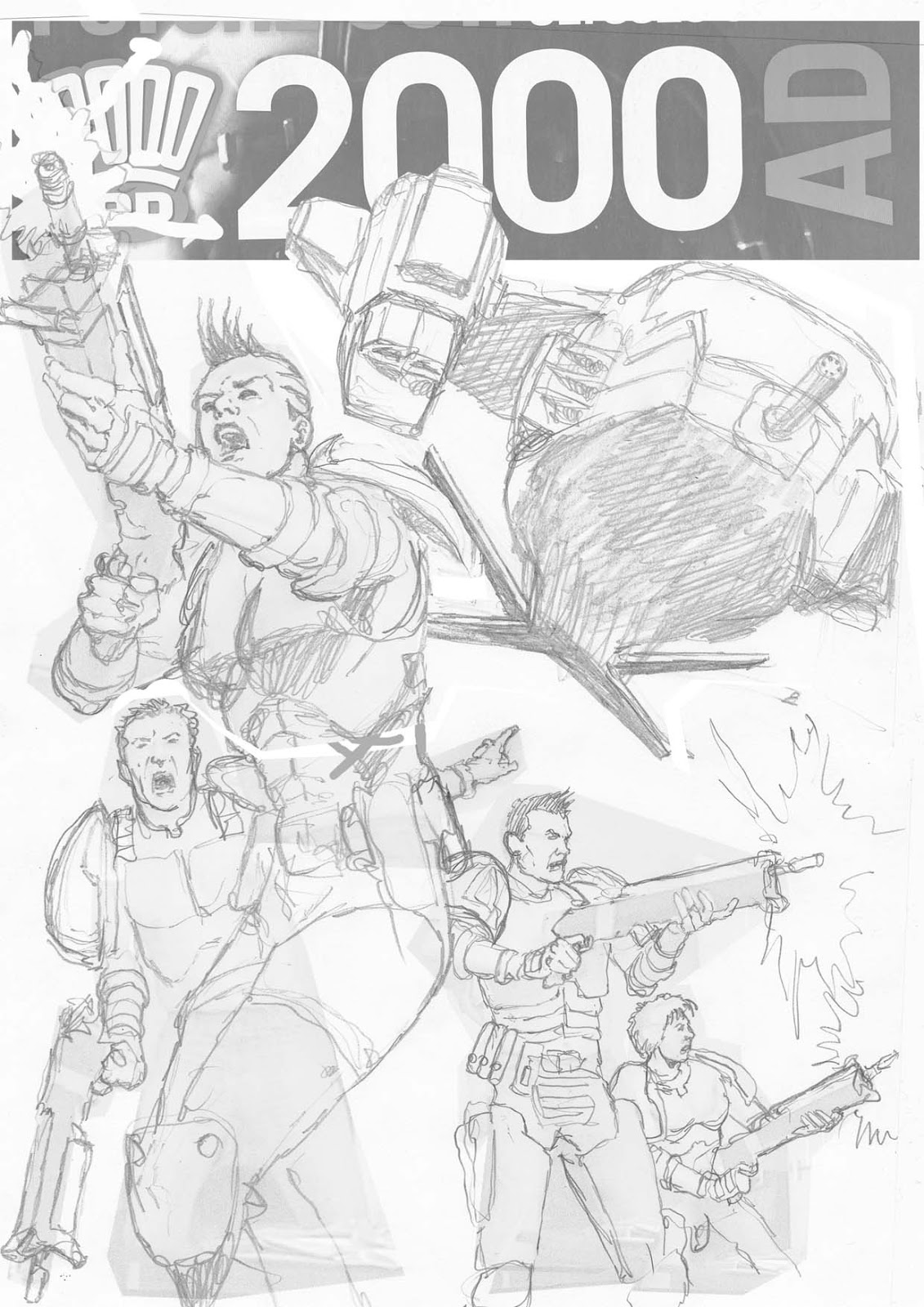 Some double logo coverage there to annoy the pedants!
Cliff obviously spent some time doing a study of the Drop Ship and it's engines...﻿ 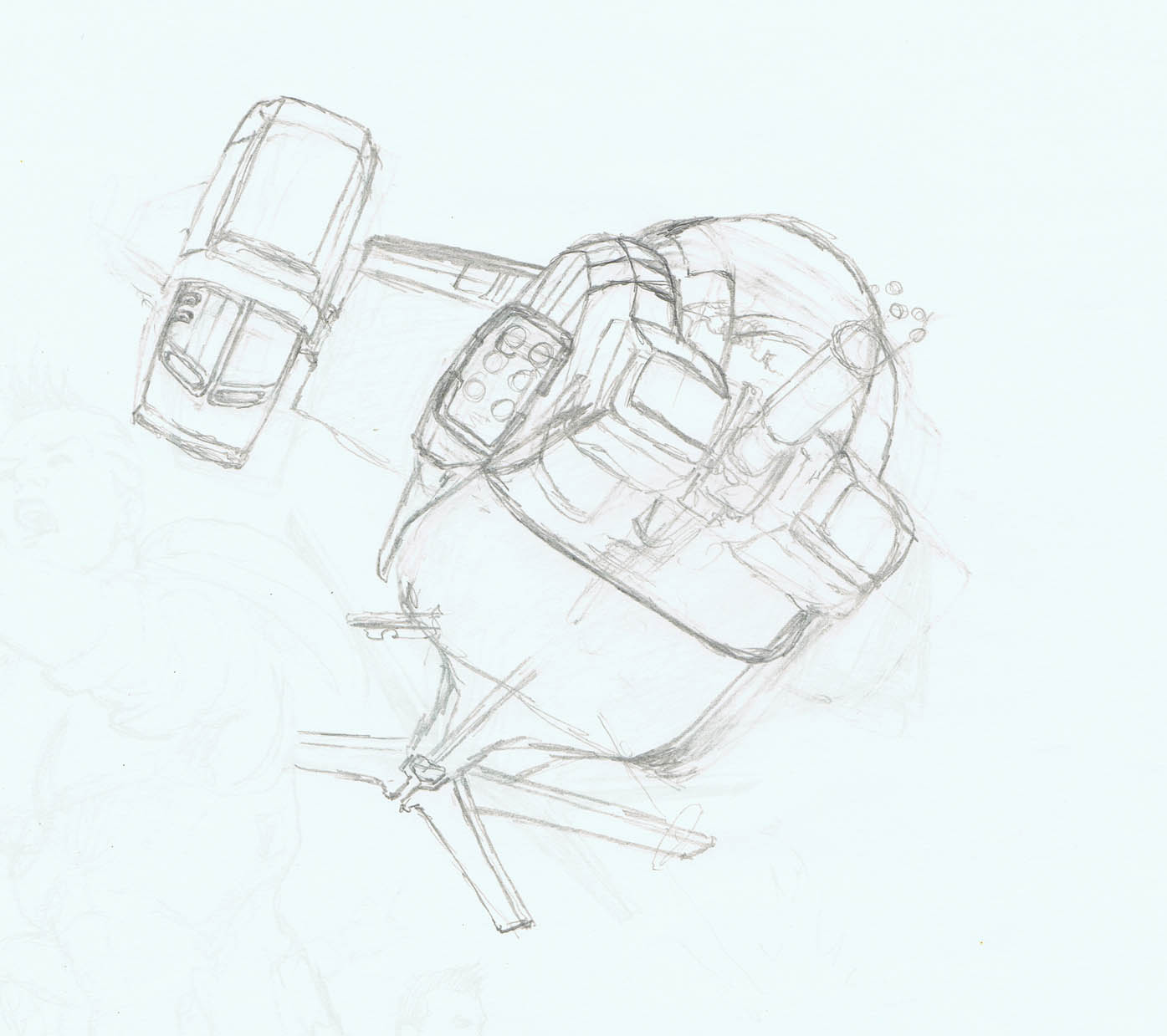 As you can see, Cliff's first effort shot peas... 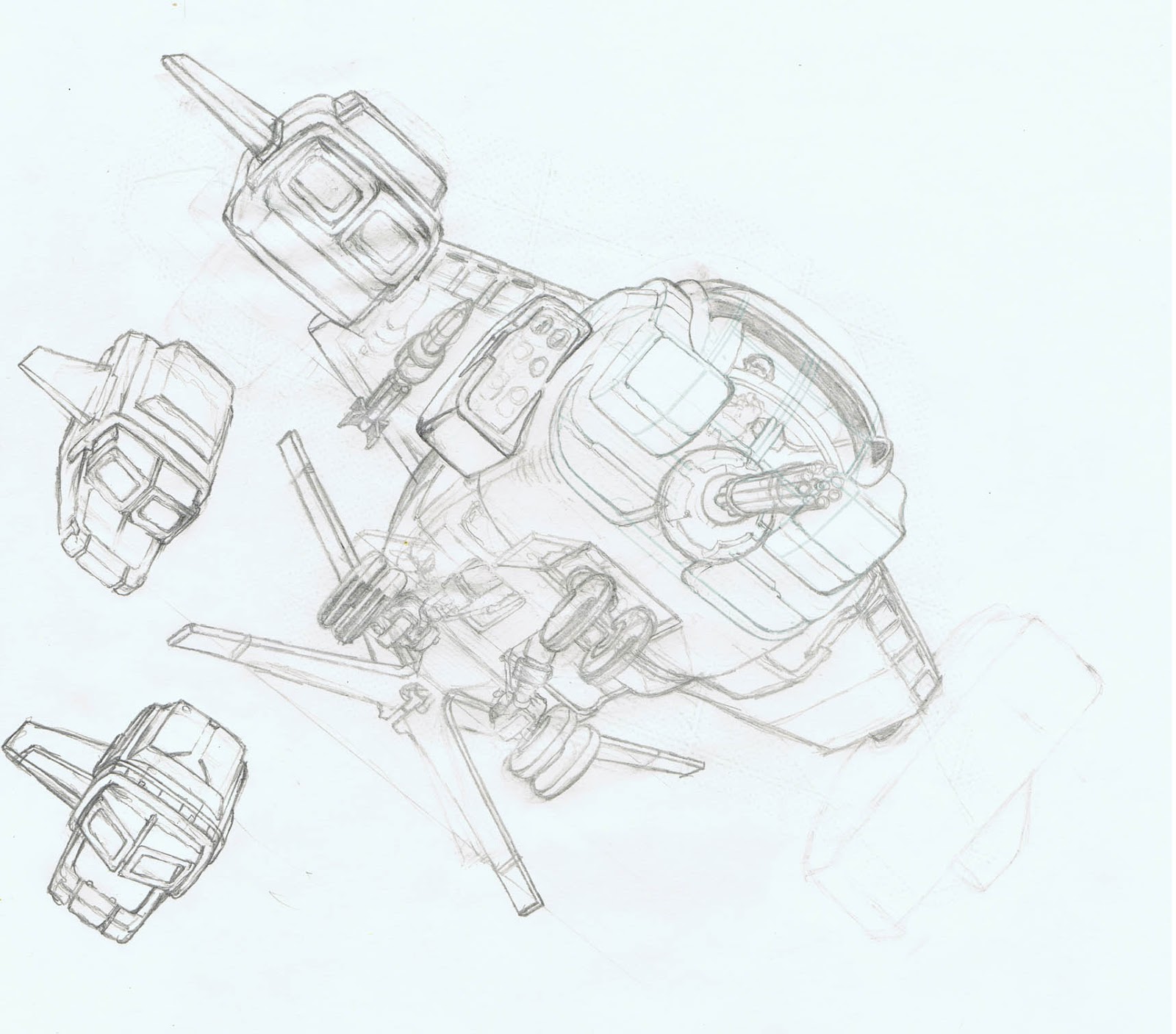 Where as the second one was considerably better armed.
And here are his stunning, stunning inks - absolutely perfect! 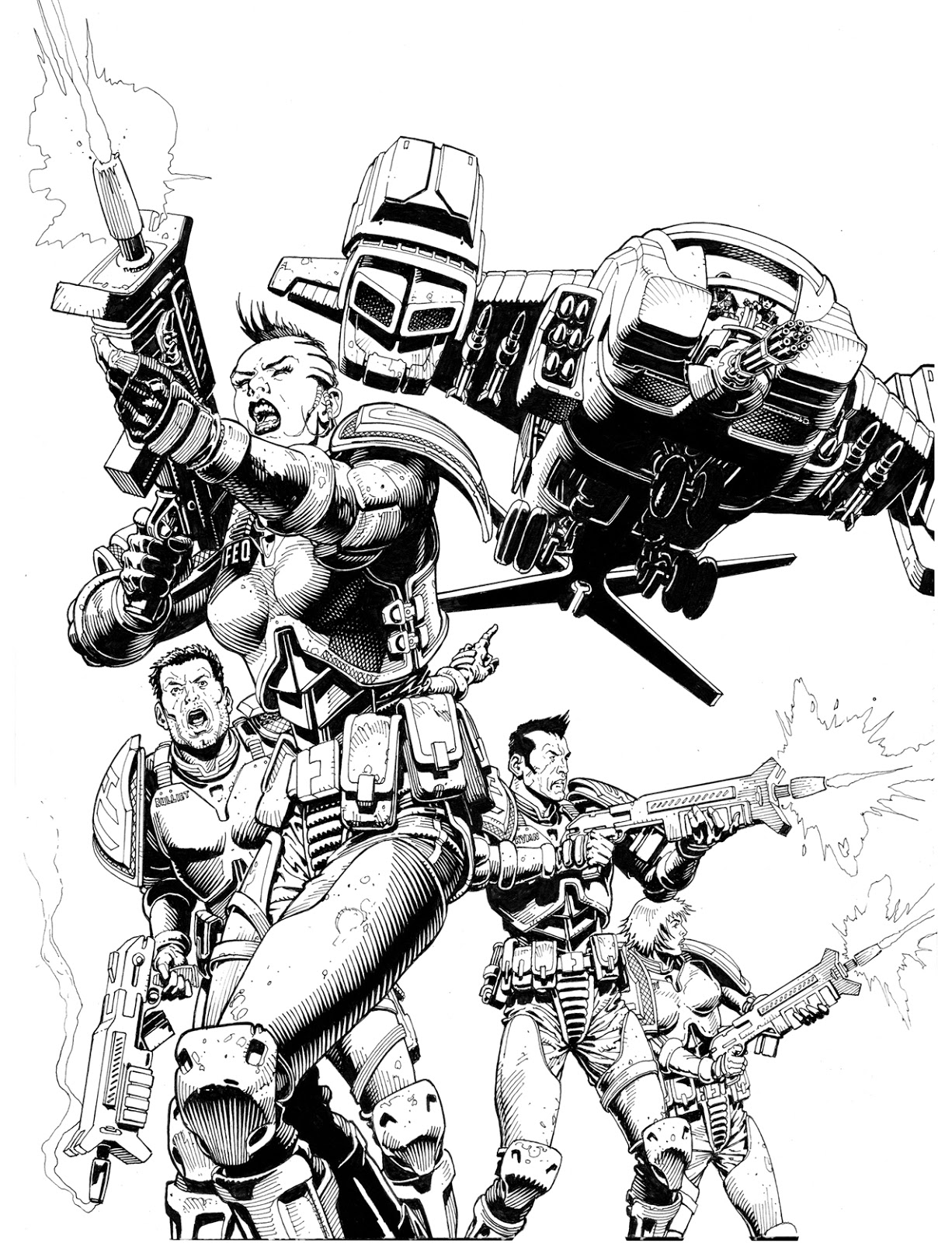 "Get to da choppa!"
With the inks finished, it's over to Dylan who has the unenviable task of doing the image justice by colouring it. Of course, he's more than up to the task and gives us this absolutely amazing digital painting. I love the smoke rising from Bulliet's gun... ﻿

Bulliet: "No! I was just saying, John's got a moustache!"
And here's how the Prog looks on the newsagent shelves on the planet Greggsnox. Great to see the logo pedants being well and truly outraged this prog!﻿ 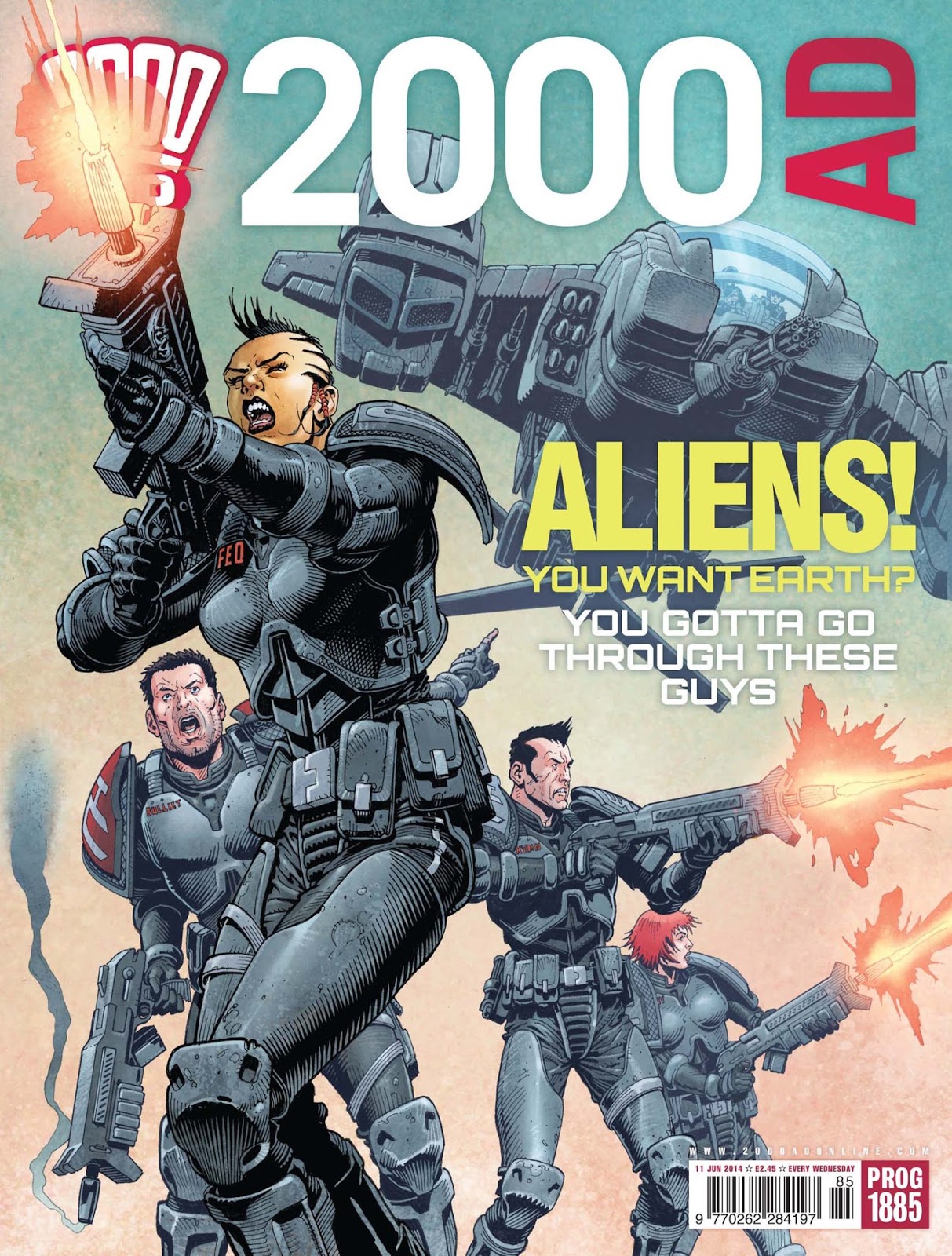 God-sized thanks to Dylan and Cliff, there are hugs and kisses winging their way to them as I type!
Posted by Pete Wells at 13:05