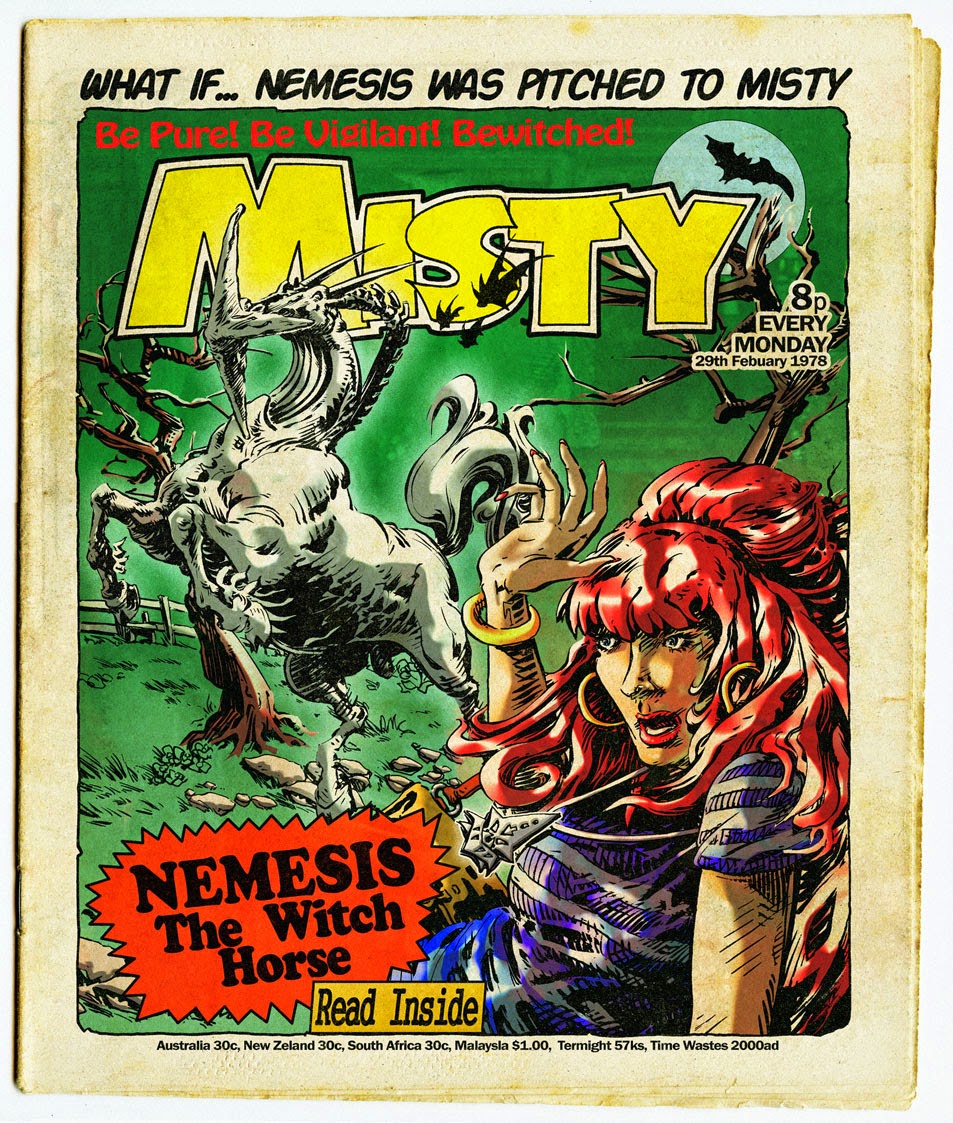 Congratulations to James Newell who scooped the prestigious 2000AD art compo prize for May. The theme was 'What if...?" and James absolutely romped into first place with this nostalgic cracker. In fact you could say it was, ahem... a ONE HORSE race! Hello? Are you still there? Good.

James was kind enough to send a breakdown of his artistic process, over to the deserved winner! "I had a vague idea of the layout of the cover in my head so never sketched it, knew I wanted Nemesis & Girl but Nemesis was not a horse when I started sketching. I looked at Kevin O'Neill, John Hicklenton & Henry Flint for Nemesis look." 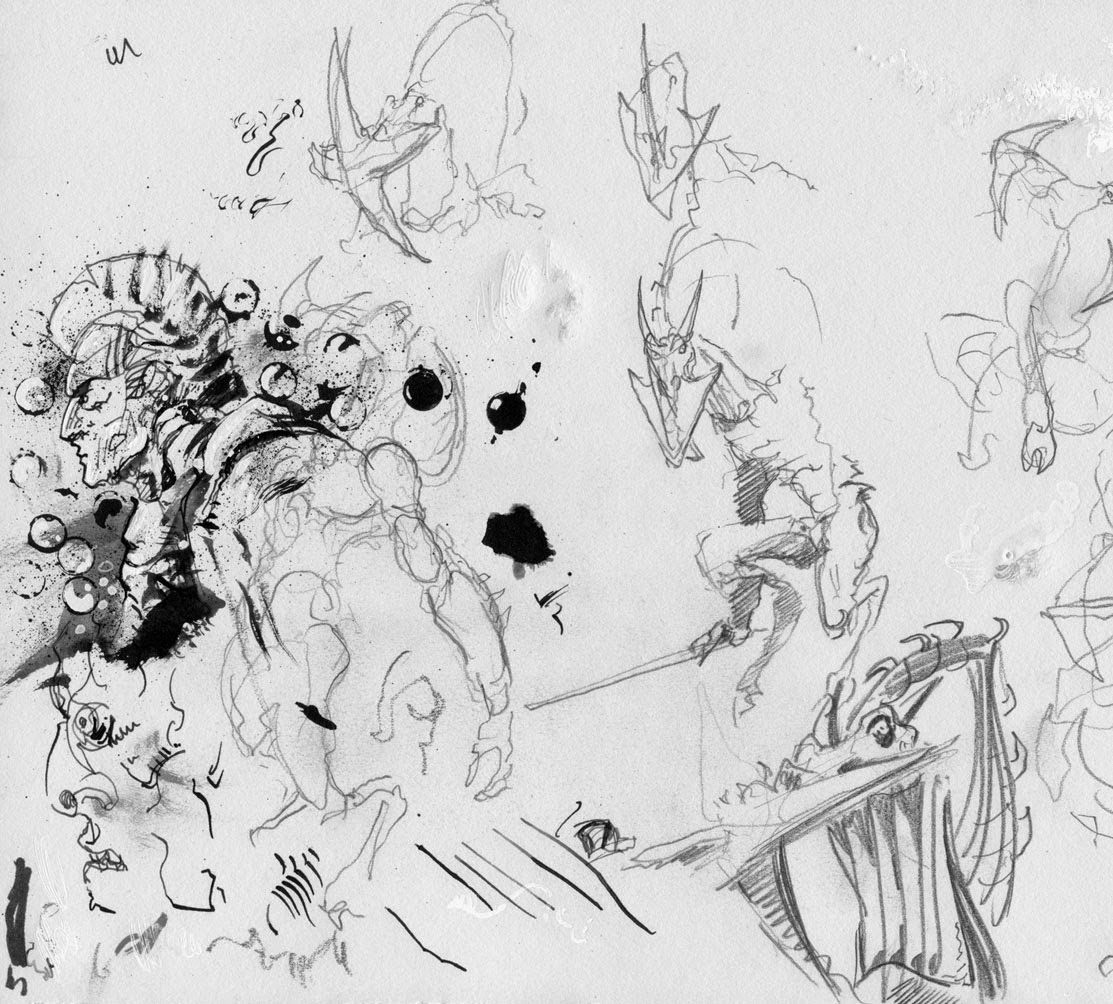 The scribblings of a disturbed mind! 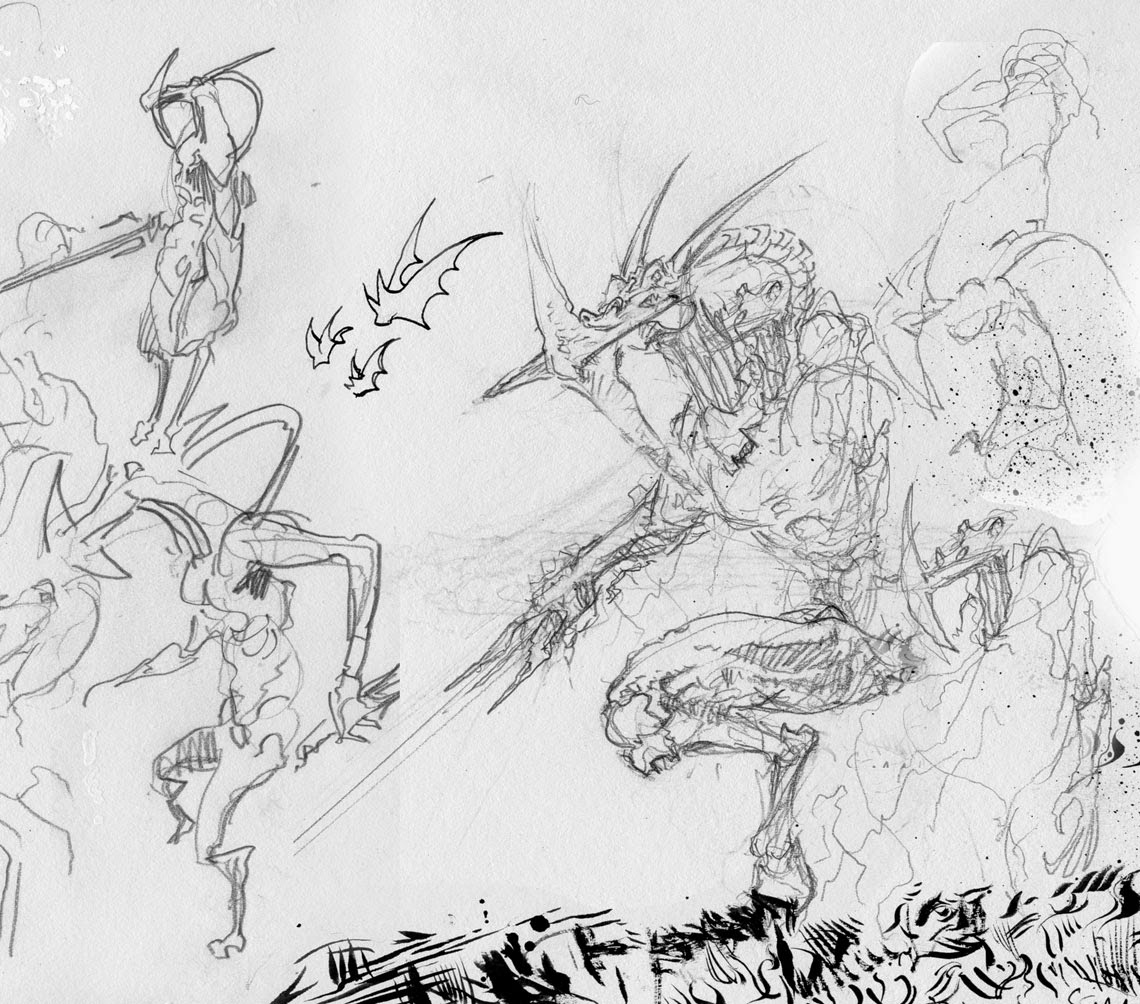 "The horse idea came to the forefront after checking out misty covers, so I swiped a basic outline of a lively horse from the net, and penciled in both characters..." 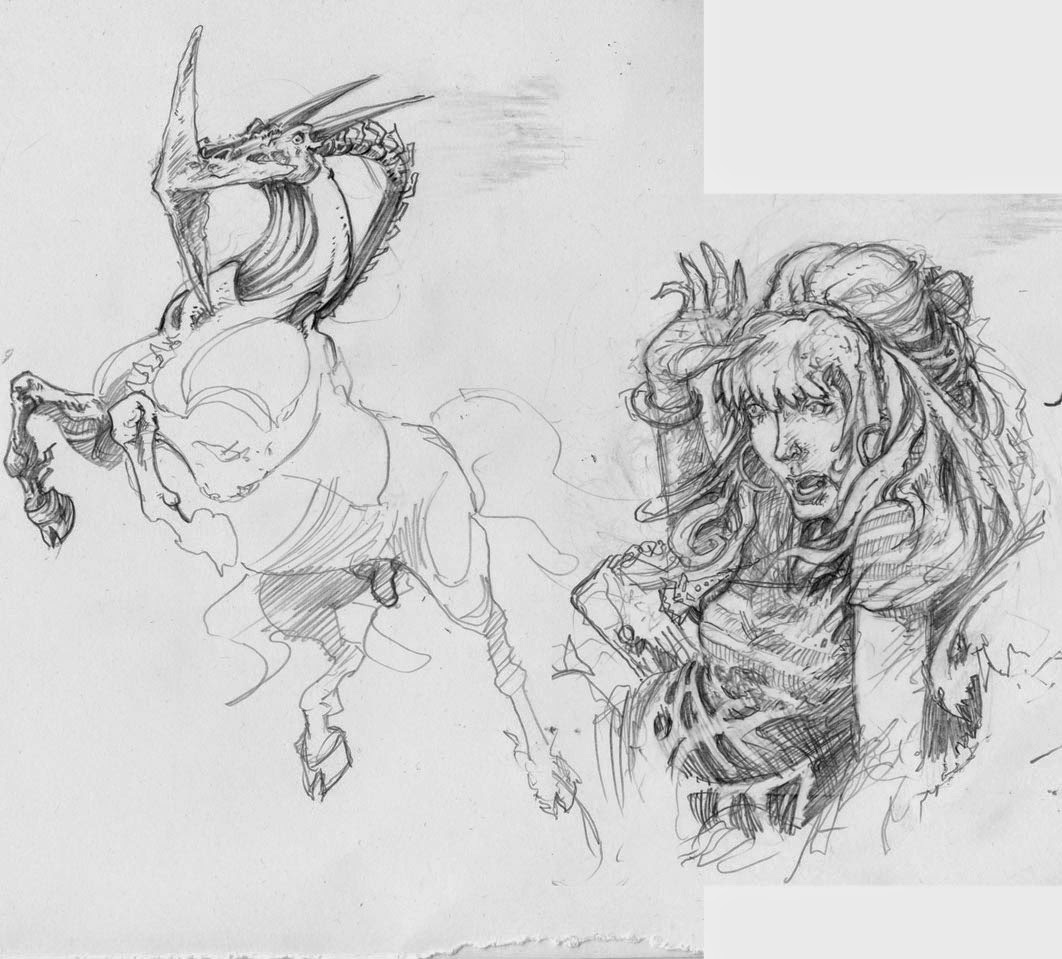 Vera was more than a little surprised when she gave birth to a demoinc horse...

"Happy with the characters I inked with mostly brushes on a light box, also inking some background detail that would be needed." 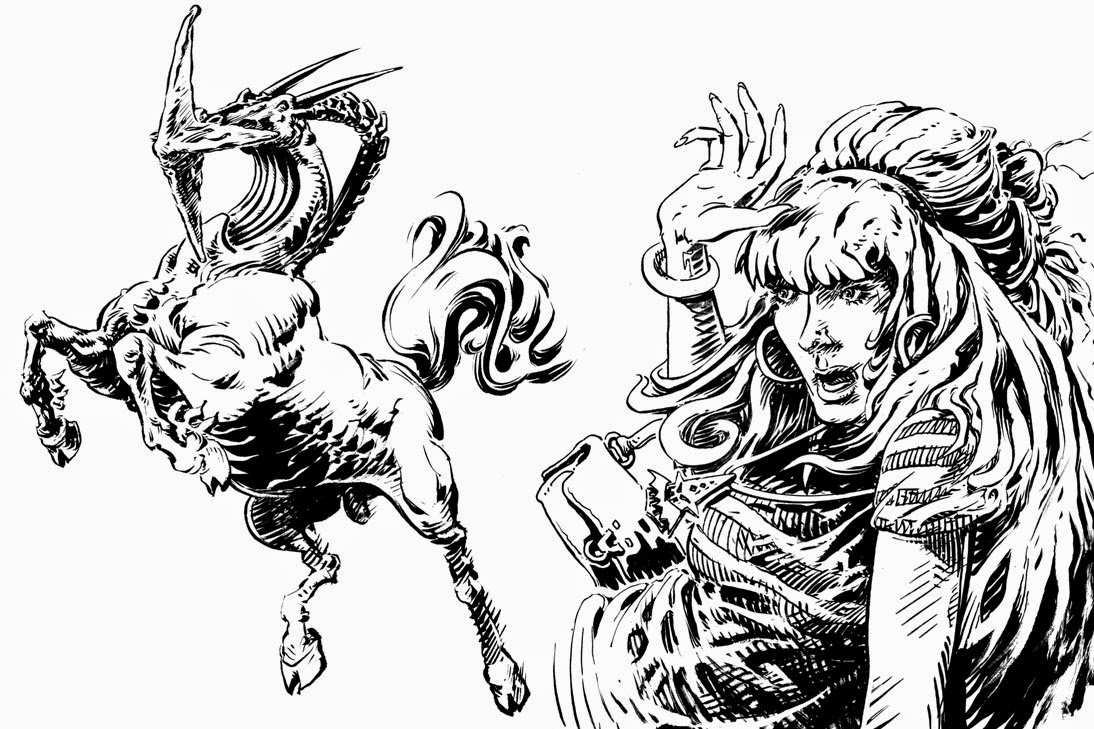 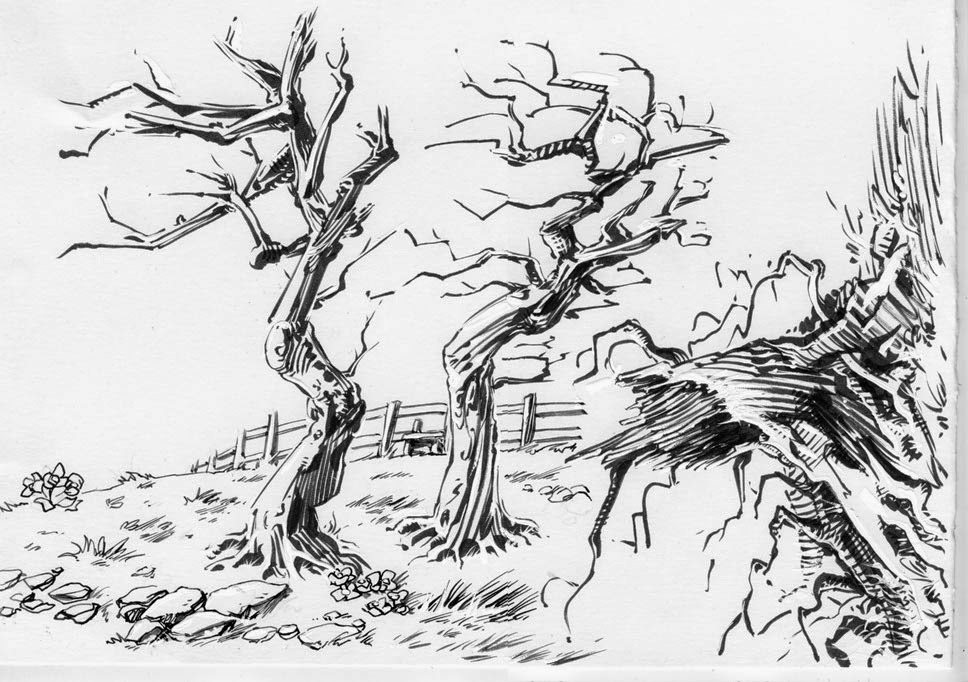 "Using a Misty comic reference cover from the Misty site I recreated the logo, because the image was too poor to lift it." 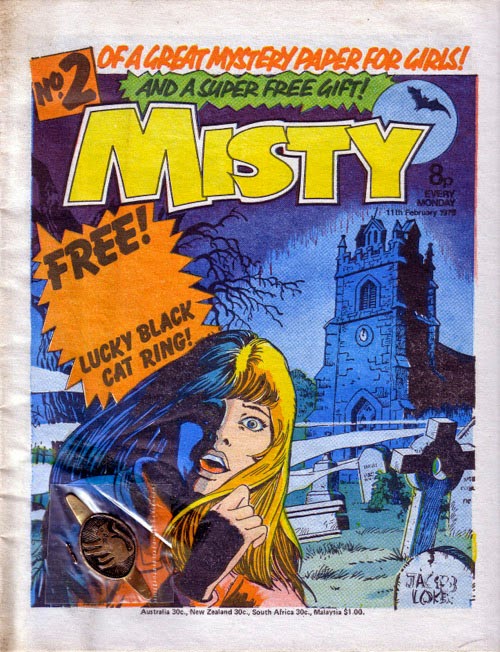 "Put all the elements in together in Photoshop, using classic fonts & added a grain in the black to replicate aged printed ink..." 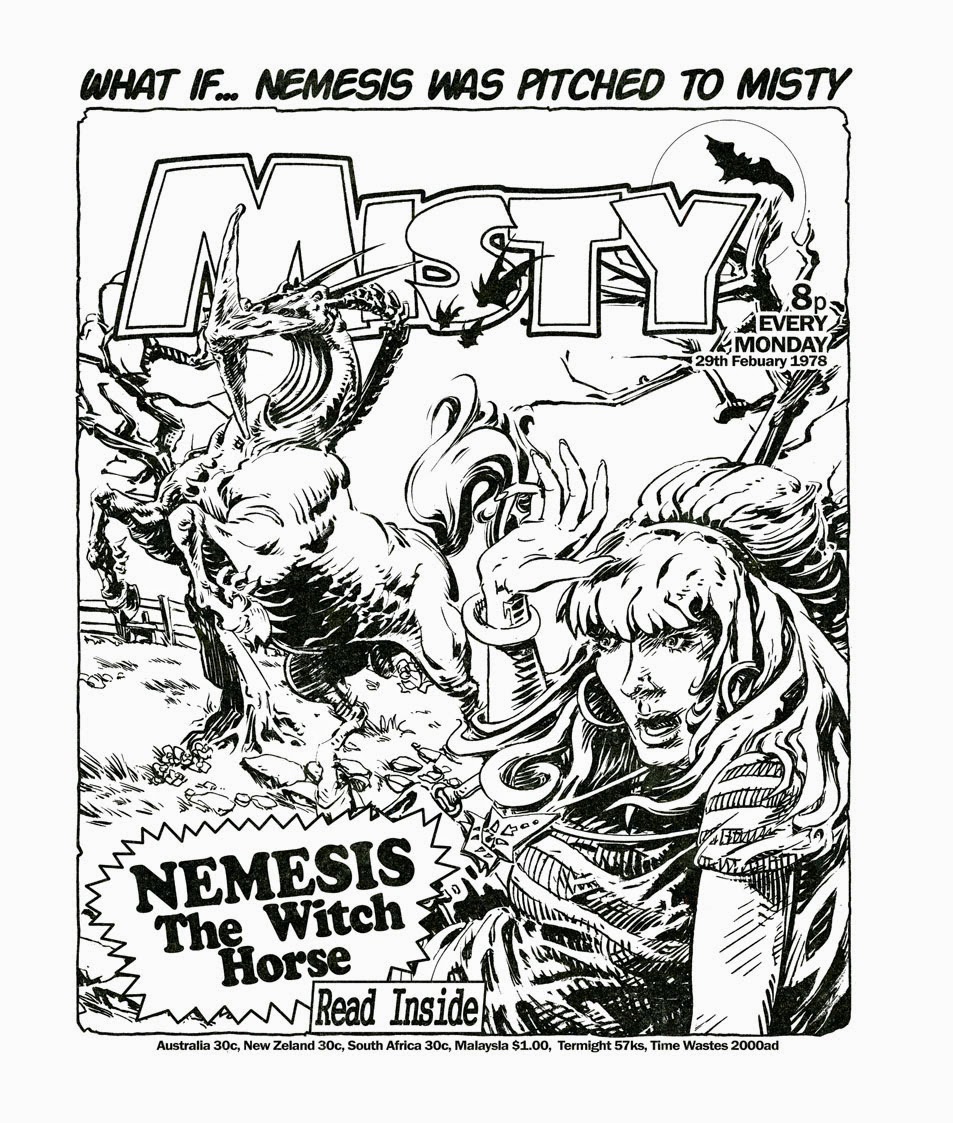 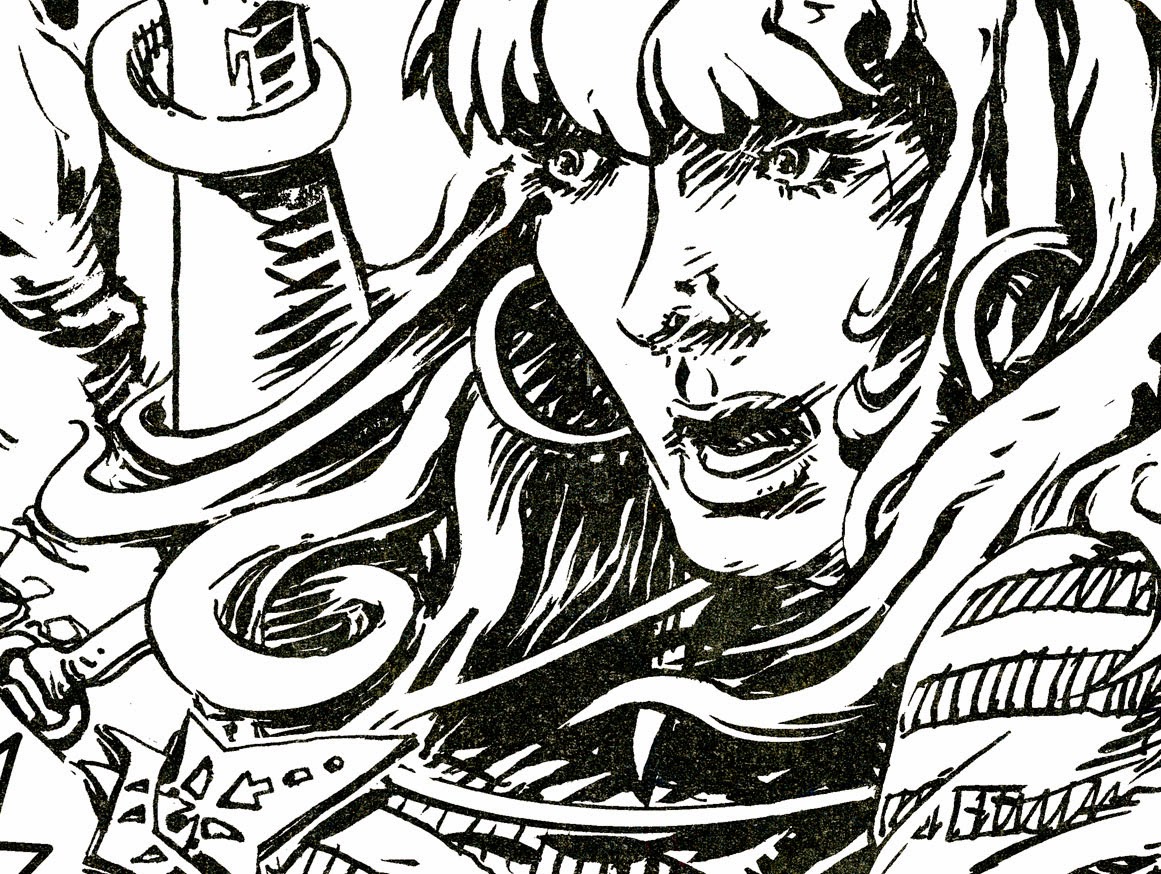 "Colored with Photoshop mainly using the bevel & emboss tool to shade and a bit of outer glow on Nemesis to make him stand out." 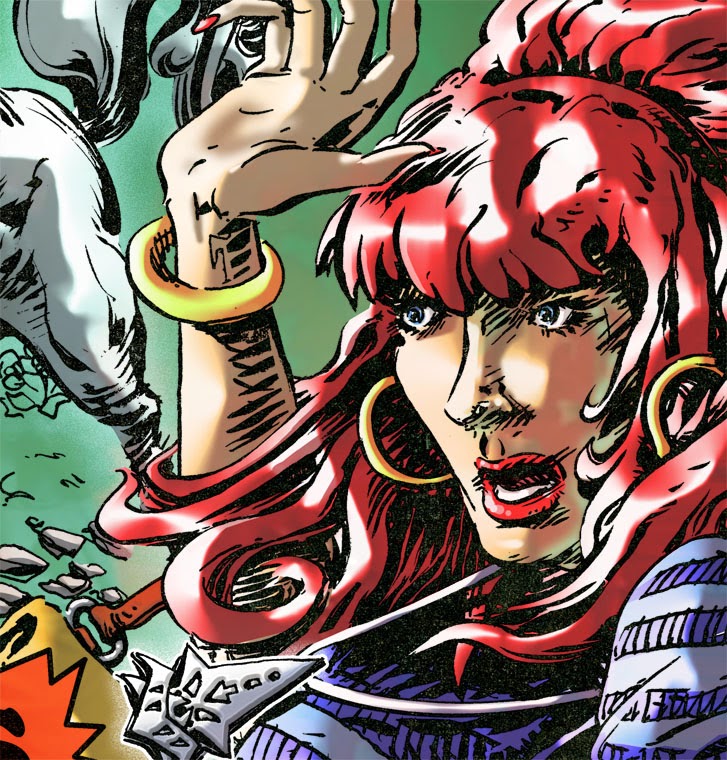 "I'd prepared this blank aged newsprint comic for a previous project so added that to the mix." 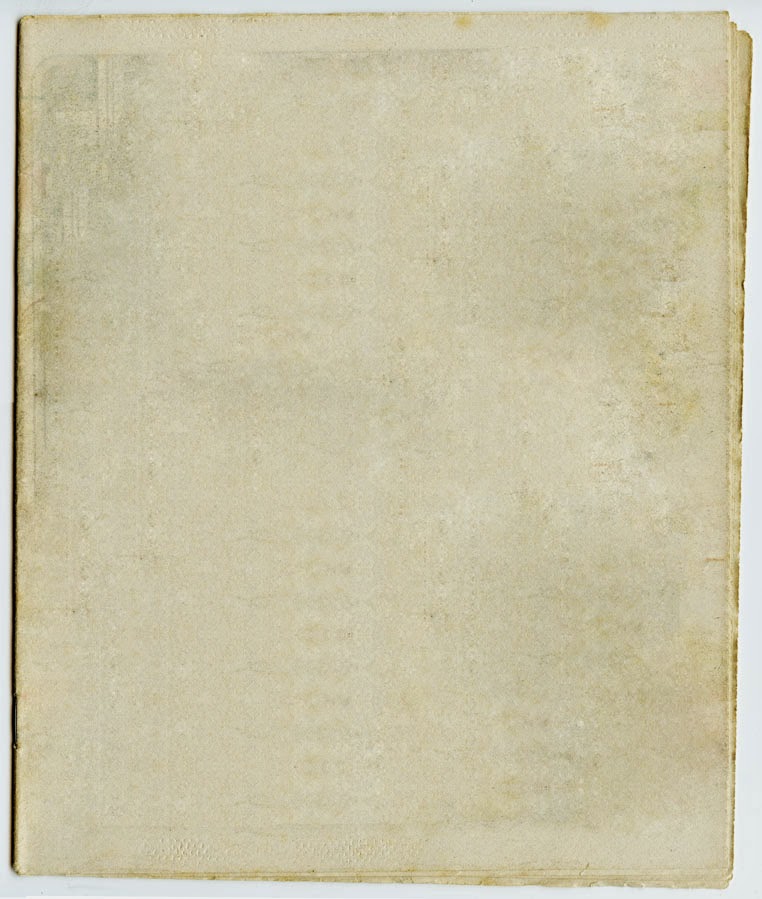 "A bit of color correction & sharpen and that was it." 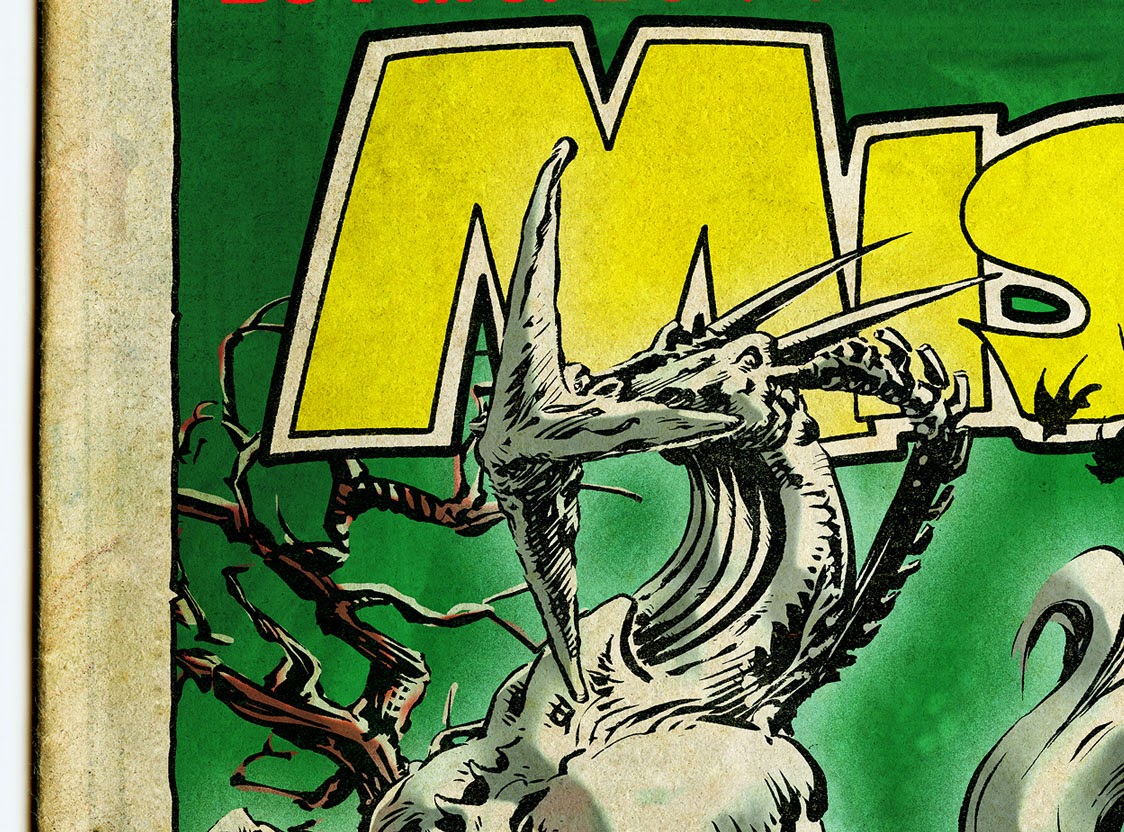 Ah, I feel like a seven year old girl again!

So, a hearty congratulations to James on a very well deserved win. The theme for this month's compo is 2000AD re-panelled - can you re-imagine your favourite 2000AD moment?
Posted by Pete Wells at 14:20