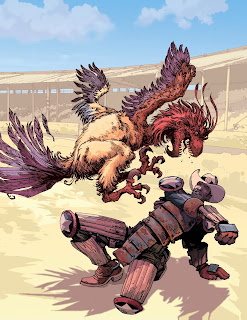 Here is the brilliant Carl Critchlow's first of hopefully many Flesh covers! This cracking scene shows Presidential elections Pat Mills style - hopeful candidates must prove their credentials by battling ferocious dinosaurs before a jeering crowd! Hmmmm, it could work...

The dinosaur featured on the cover is a Balaur, which had two retractable, sickle-shaped claws on each foot... 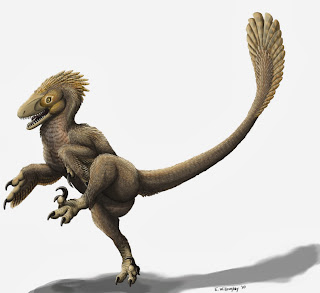 You put your left leg in...

This particular one is known as Dancin' Jim! Below we see Carl's initial ideas for the battle... 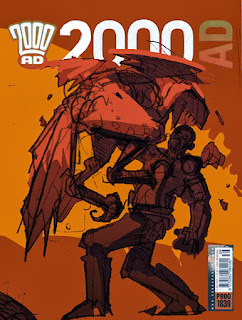 Alright! Alright! No need to bite my head off! 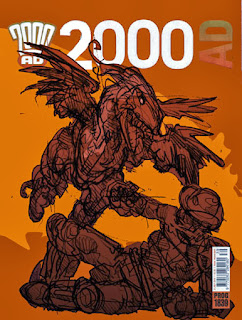 Yuck, look what I stood in! 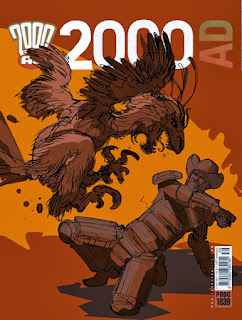 With Carl's sketch chosen he has a play with colour, below we see his colour rough... 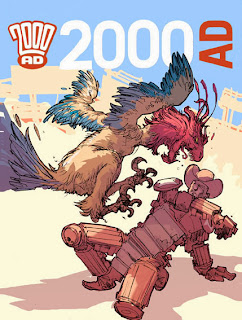 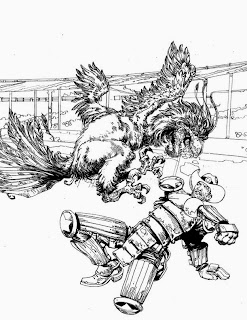 Perhaps Cassidy was a little ambitious in his first attempts at falconry.

And finally those trademark Critchlow blocks of colour. The textures in this are amazing! From the realistic rust of the cowboy's armour to those fluffy clouds to the shaggy feathers of the Balaur, everything is beautifully rendered.

Here's what the design team at the prog did with the image, zarjaz! 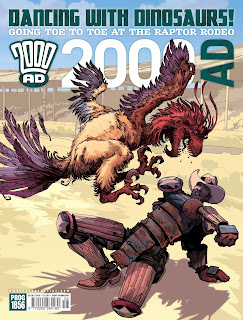 Big walloping thank you to Carl for sending the bits and bobs, please be sure to check out his site here and buy his excellent Thrud the Barbarian graphic novel, it's aces!
Posted by Pete Wells at 13:39