Edmund Bagwell - Goodie in a Hoodie! 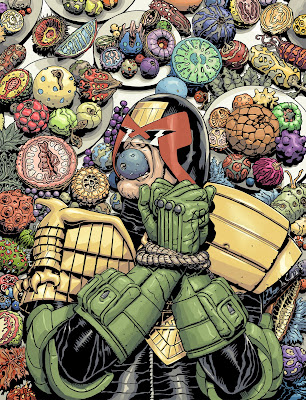 Yikes, here's the amazing cover for Prog 1711 showing the Megacity-One's premier lawman being served up as a gastronomic delight! This magnificent feast was created by the brilliant Edmund Bagwell who was responsible for the very unsettling artwork on last year's hit horror strip 'Cradlegrave.'

Above we have the delicious coloured version and the inks below. Edmund says "Not much of a story to this one, just Dredd bring served up at some sort of alien food convention! I had way too much fun drawing the alien fruit though!" 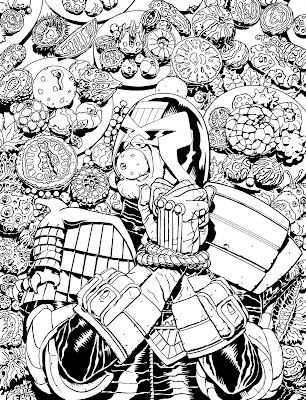 This is Edmund's second cover with his first being, of course, that iconic demonic hoodies cover of Prog 1633 (shown in all it's gory glory below...) 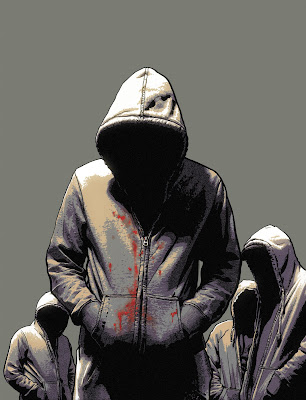 Edmund explains "This was all Tharg's idea. He had wanted "Something creepy and atmospheric – maybe a group of teens in hoodies facing us but we can’t see their faces, it’s just darkness under their hoods..." 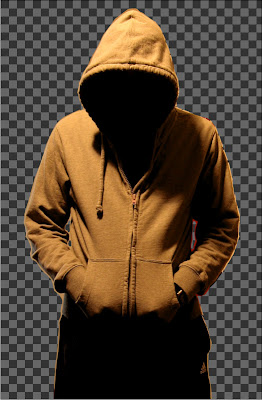 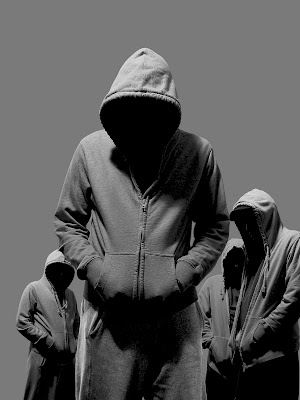 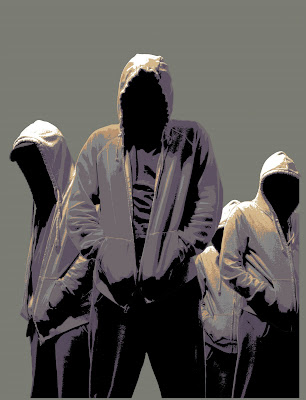 The alternative cover...
Edmund continues "I chose a really basic colour scheme to make it feel like a night time scene..." 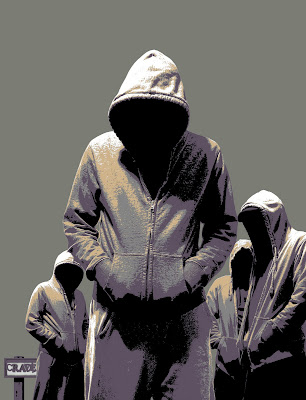 Below we can see Edmund's fantastic line work for the piece... The artist continues "After seeing that Tharg suggested "a spatter of blood on the lead figure’s hoodie" to give it, literally a splash of colour!"

And there we have it, the making of the third most popular cover of last year as voted for by the members of the 2000AD Message board!

Edmund has started producing his own fantastic blog called Four Colours Good which further shows off his versatility and superb ability. Thanks again to Edmund for supplying the images and text - I've been dying to feature that iconic Cradlegrave cover since it appeared and this week's prog isn't bad either!