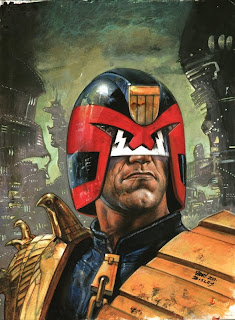 There have been some absolutely amazing covers from the House of Tharg over the last few months, featuring some of the biggest names in the comics industry. Firstly, to celebrate both the 300th issue of the current volume of the mighty Megazine, we were treated to a fine wraparound by favourites Cliff Robinson and Dylan Teague. These great covers depict what happens when an intruder dares to infiltrate the Halls of Justice... 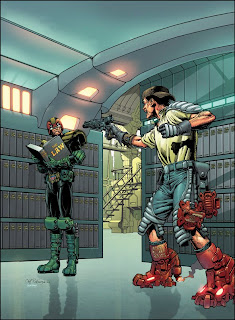 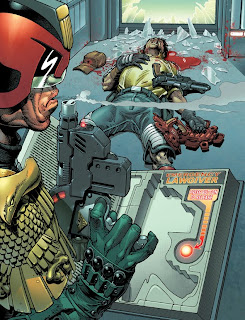 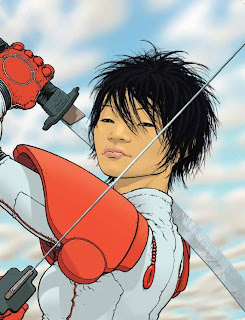 This made me really happy, not just because I adore Quitely's work, but because he really is one of the Megazine's (many) success stories having had his first professional comic strip work printed in it's very pages. The cover depicts Hondo City Judge Inspector Inaba from the Shimura stories, a series and character that Frank (or Vincent Deighan to give his real name) co-created with writer Robbie Morrisson.

You can see a video of Frank working on the cover here:

Next, they don't come much bigger than the cover artists of Meg 302, none other than Simon Bisley and Glenn Fabry and just look at this beauty:

Apparently, the cover was supposed to have been just a Fabry piece but the Icelandic Volcanic Ash crisis earlier this year meant the artist was stranded in California during the Wizard Anaheim show just before the deadline. An acquaintance of the artists reports that 'both of them were going at it to get the piece finished in time!' Wowzers, you'd never know.

The current cover of the Megazine (Meg 303) is yet another winner by Cliff Robinson, showing Dredd quite literally stamping out crime! Here's the amazing inks... 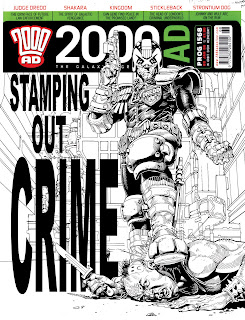 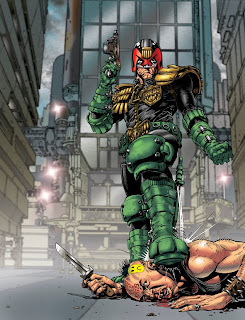 Next some famous names from the comic world having a stab at Dredd. Firstly, cover giant Tim Bradstreet did this great cover for the Megacity Masters Vol 1 trade paperback... 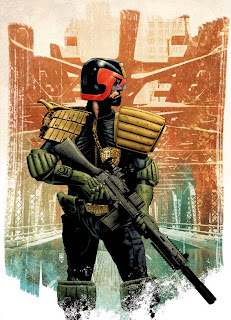 On his website he says "I've long been a big fan of Judge Dredd, ever since I was in Jr. High School. If I'd known then that one day I'd get to do an honest to God cover for Dredd I would have burst into happy tears! 2000AD introduced me to one of my favorite artists, the aforementioned Brian Bolland, and you can see his influence all over my offering."

And onto Megacity Masters Vol 2, this time with a cover pencilled by John Romita Jr and coloured again, by that man Dylan Teague. 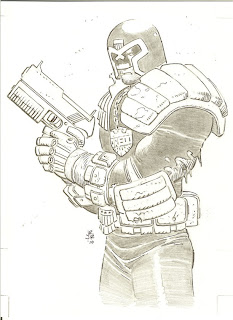 On his excellent blog, Dylan said "This was quite a fun one to colour, I've always liked his stuff especially on a Daredevil year one book a few years ago. It was done in pencil with the bulk of the shading already worked out. I turned them into a multiply layer and coloured underneath added some textures and shadows to the background." 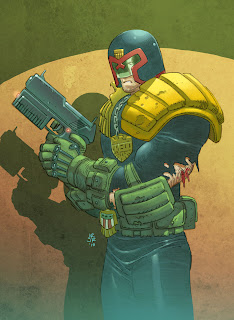 He continues "I like the way the lettering has been done to fit in with the style of the pic." 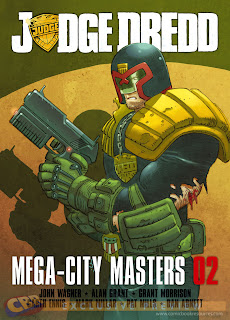 It's great to see 2000AD attracting some real star names which is testament to the very small team working at the Nerve Centre. Currently it feels like there's a real buzz around the characters so here's hoping for continued success in the future!