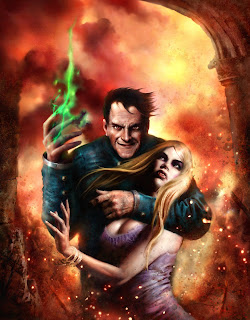 Wow, check out this fiery cover for Prog 1708 by Nick Percival! The image depicts Nikolai Dante's wicked half brother Konstantin standing on the battlements of Castle Kronstadt with the Vampiric Emmanuelle Checkhov in his evil clutches! Beautiful stuff!

The cover was a challenge for Nick as he was somewhat unfamiliar with the source material. He says "This was my first Dante cover although technically I guess it wasn't since Dante isn't actually on it... I'm not that familiar with the world of the story but Tharg sent me some refs of the main villain and gave me this description: "I was thinking of a shot of an evil-looking Konstantin standing on the battlements, holding the woman, a fiery sky behind him..." which I think I managed to capture. I didn't realize the woman was supposed to be a Vampire until after so had to quickly add some subtle fangs to get that point across - you can't get enough buxom vampire ladies..!"

Indeed you can't, and I can't get enough of Nick's work, it always absolutely blows me away! If you want more, then I can heartily recommend Nick's drokking superb, original Graphic Novel Legends: The Enchanted. Both written and illustrated by Nick, this beautiful book tells the tale of a twisted fairytale world filled with all manner of dangerous giants, witches and goblins. 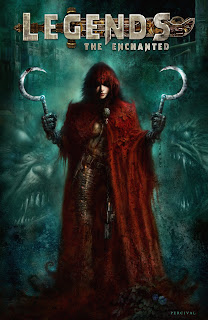 The Enchanted are gritty versions of the fairytale characters we grew up with. For example, Jack (shown below) is a cocky giant killer who uses narcotic-like magic beans to give himself all kinds of enhanced abilities. 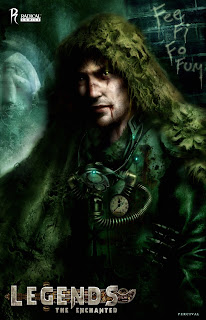 Here we have a penel from the book showing Jack, Red Riding Hood (a kick ass wolf slayer), Rapunzal (who can control her razor wire-like hair) and Hansel and Gretel (bounty hunters for hire) facing off against the massive, bridge-dwelling troll of the Billygoats Gruff tale. 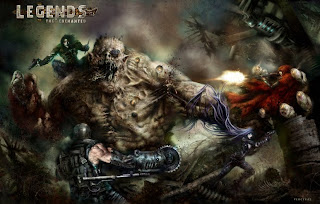 Like the stories of our childhood, the Enchanted are timeless and immortal, however someone, or something has found a way to kill them. Following the brutal murder of Pinocchio (see below), Jack assembles his crew to take on the evil Hag - the wicked witch from many of our popular fairytales (also stunningly shown below.) 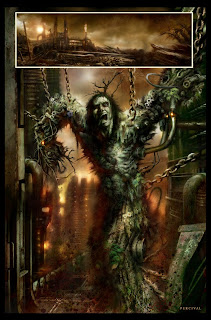 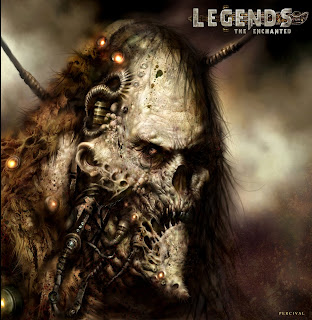 The hag.
The artwork and story are stunning and, unsurprisingly, the rights to the movie version have already been picked up by Hollywood, in fact, by none other than Ron Howard! As I said earlier, the book really is a thing of beauty and very, very highly recommended, buy it today! 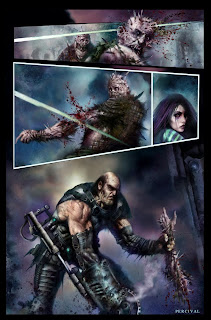 Hansel and Gretel in action
Finally, Nick has let me know that he's currently taking on commissions. He says "I'm now in the process of painting commissions if it's of interest to you or the network of 2000AD fans. These are nice big fully painted (with real paints!!) pieces. I'm certainly not going to be skimping on the detail, etc...."

If you're interested (and why wouldn't you be?) you can contact Nick through his website here. Thanks to Nick for sending the images, absolutely wonderful work as ever!
Posted by Pete Wells at 00:37