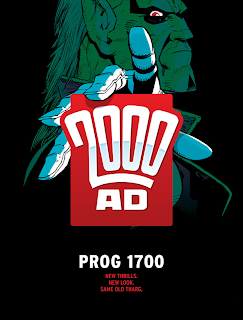 In five short weeks we will hit the magnanamous Prog 1700 and I am honoured and humbled to have received images from the Nerve Centre to share on this blog FIRST! Me!?! I can't believe it!

Let's start with the big news, I am proud to announce there is a logo change. I am honoured to unveil the new logo badge... 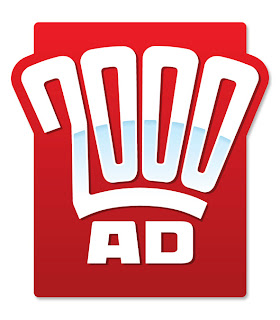 Smart eh? Like a mix of the old and the new, surely symbolising the mix of stories in prog at the moment? And here is the new logo itself...

There will be a new design for the Nerve Centre and letters page with new Tharg 'photographs' taken by Henry Flint. Those are shown below... 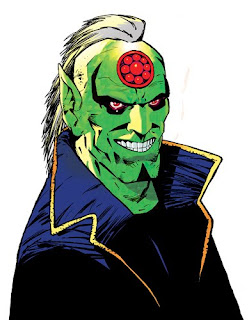 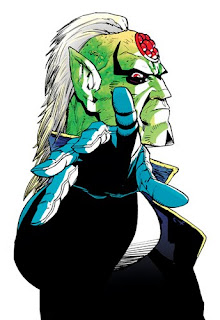 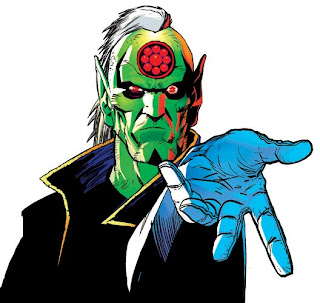 The line up for the Prog sounds amazing too! The stories appearing in Prog 1700 are:

Defoe: A Murder of Angels by Pat Mills & Leigh Gallagher.

And finally a new thrill!!! Age of the Wolf by Alec Worley & Jon Davis-Hunt.

Finally, here is the zarjaz cover by Jon Davis-Hunt. Tharg himself mixes the ingredients to make pure Thrill Power for the prog. But hold on... if you look at Tharg's readout... is that a famillar name??? Grud on a Greenie, I'm on top of the world, Ma! 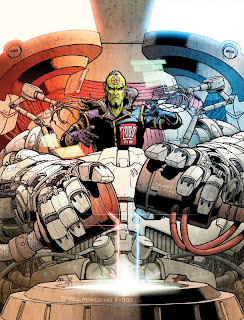 Thank you SO MUCH to the Mighty One and especially to Simon Parr for allowing me to break the news. I am genuinely humbled and have to say this has been one of the best days of my life.

Secondly, my heartfelt thanks to Jon Davis-Hunt for sneaking my name on the cover. I am on cloud 99! "Thank you!" times a hundred million!

All hail the Mighty One!
EDIT - There's more!!! Here are the new Input and Letters pages too! Thrill power overload! 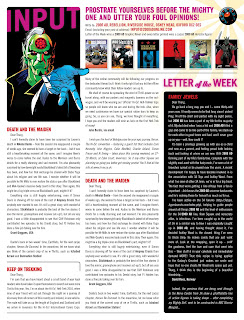 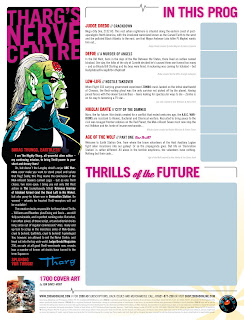