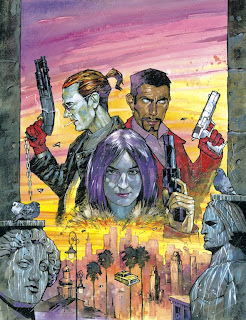 I'm a huge fan of Simon Davis' work and for me the above Sinister Dexter cover for Prog 1661 demonstrates just what an amazing talent he is. The image is so cinematic, if they ever made a Sinister Dexter movie (what do ya mean 'Pulp Fiction!?!) then this could easily be the poster for it! Really wonderful stuff.

Sinister Dexter is certainly one of 2000AD's Marmite strips, with fans seemingly loving or hating it in equal measure. Me, I love it. Like Dredd, it has it's enjoyable one offs but Dan Abnett is fantastic at crafting epic storylines where characters you genuinely care for are put in mortal peril. Add to this his amazing use of puns and faux swearing and you've got a winner!

Simon has been the artist on the strip for many of it's most important arcs including the heartbreaking Eurocrash, Gunshark Vacation, the terrifying ...And Death Shall Have No Dumb Minions as well as several others. His work on such pivotal tales, as well as his very individual take on the characters, has caused many to see him as the definitive Sinister Dexter artist. In fact, he earns the praises of Sin/Dex co-creator David Millgate in this month's Megazine interview.

Below are a range of Simon's excellent covers - the nature of this site means that I have to find many of the images where ever I can so apologies if the quality of some of the images isn't amazing!

First we have the cover of Prog 1225 which shows Finny in action against the Buzzsaw wielding maniac Motosierra in the Man in the Ion Mask story. 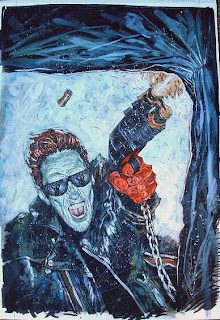 This is the cover of Prog 1359 which saw the boys on a mission to rescue an abducted Wendy from the Yakuza clans of Magnapore. 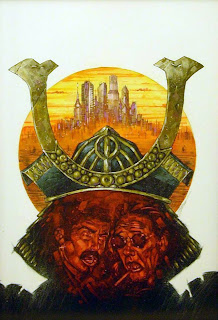 The next two covers are from the Slow Train To Kal Cutter story which featured the Sinister and Dexter's protege Kal Cutter's action-packed escape from Download aboard the Suleiman Express... 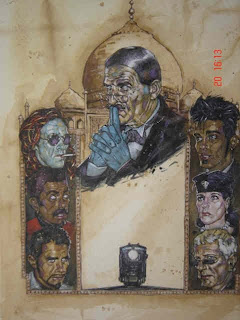 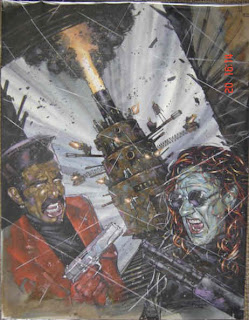 Next up, two covers from the fantastic ...And Death Shall Have No Dumb Minions storyline. This shocking arc had huge repercussions for many of the cast members as well as re-introducing a very old fellon... 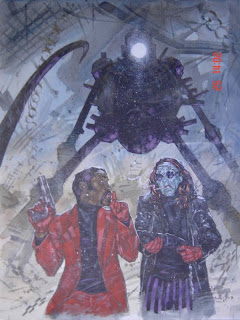 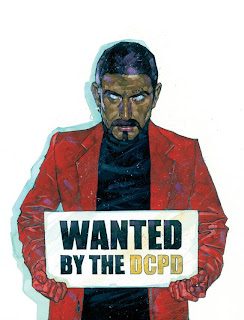 Following the events of Dumb Minions and Malone, we see a pissed off Finnigan returning to Download for a large dose of holy retribution for the many have wronged him. This leads him to The Nigel and Millicent Feasey State Penitentiary where he hatches an ingenius plan to spring a very special inmate... 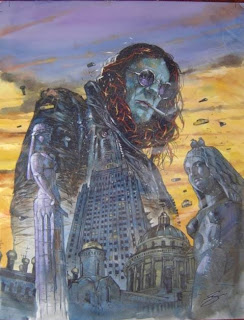 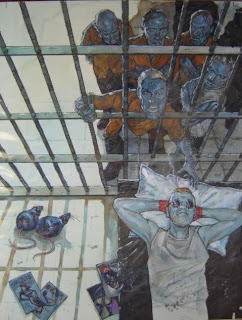 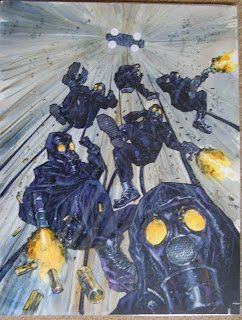 Finally an absolutely wonderful cover from the Life is an Open Casket, a story which sees our boys almost back to normal, albeit in a very different Download... 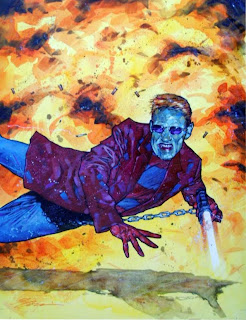