Nikolai Dante, the bastard son of a cruel tyrant and a vicious pirate queen, swashbuckled his way into 2000AD in Prog 1035, back in 1997.

Set in the 27th Century, Dante began his saga with humble origins as a fraudster and thief, but soon ended up as part of the Russian aristocracy, thanks to a chance bonding with an imperial weapons crest. The weapons crest is an alien cyberorganic computer which grants it’s host a range of special abilities. As a result, Dante can extrude razor sharp bio-blades from his hands and has enhanced healing abilities, both of which are very useful considering the number of brawls he finds himself in!

Over the course of Dante’s adventures, we’ve seen him rise from vagrant to aristocrat, governor, general of an army, pirate king and outcast, always with a swagger, an acute sense of moral virtue and a lopsided grin.

The Russian Rogue has become one of 2000AD’s most popular characters, even beating Judge Dredd to the coveted accolade of ‘Favourite Comic Strip to Appear in a UK Comic or Magazine’ in the annual Eagle Awards, 2001.

The strip has been the inspiration for many great covers over the years with several being produced by Simon Fraser, Dante’s co-creator. Simon’s career at 2000AD began in 1995 when he drew Shimura for the Judge Dredd Megazine. While working on this strip , Fraser got talking to its writer Robbie Morrison and their shared love of swashbuckling adventure films and historical adventure comics led to the creation of Nikolai Dante. You can read more about Dante’s genesis here as well as marvel at some great early character designs.

I am proud to present almost all of Simon’s Nikolai Dante covers, starting with Prog 1116. This is Simon’s first Dante cover, which depicts Nikolai and Viktor, his rather peculiar brother. Viktor is an enigmatic loner who’s weapons crest allows him to transform into an horrific beast! 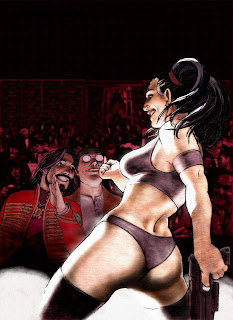 Next we have Prog 1139, which I feel is the definitive Dante cover! A cocky looking Dante complete with Huntsman 5000 rifle standing on the Romanov crest. So cool! 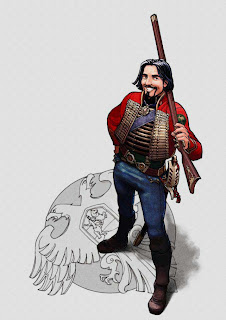 Here are the pencils and final version of prog 1143 featuring our hero with ‘The Firebird’, Ballerina-Queen of the Danse Macabre and finest dancer of her ace. Naturally, our man beds her, which is subtly depicted using a picture of the train entering a tunnel – how corny! 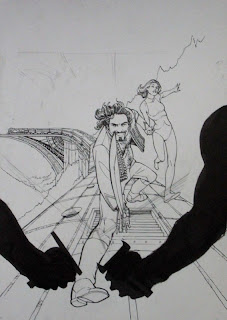 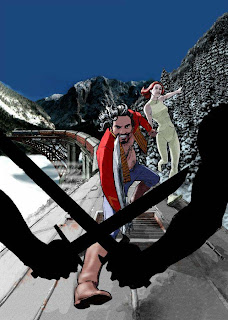 A change of style for the cover of prog 1172 which featured the final part of ‘The Courtship of Jenna Makarov’ which see’s Dante finally win the heart of his beloved Jenna before a fight to the apparent death with the ‘Beast of Tunguska!’ 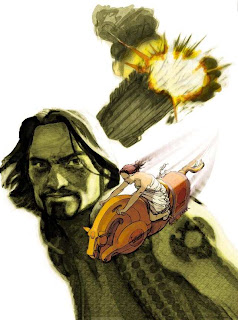 There are many aspects of Simon’s work that I love – particularly the amazing architecture and cityscapes he produces (see the graphic novel cover below), his brilliance at making characters emote and the bloody lovely curvaceous ladies he draws. The cover of prog 1238, showing Dante in a dangerous game of cat and mouse with the Vampiric Family Selene, demonstrates my last point very well! I love the design sense in this cover too. 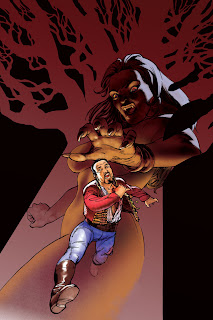 Wonder why Dante is looking so smug on this cover? Well, other than the fact he’s just pulled a couple of stunners, this was the celebratory cover for his Eagle award for favourite comic character! 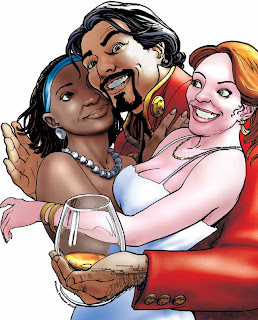 Aaah, lovely Lulu, demonic half sister of Dante. After the events of the Tsar Wars, Lulu waged a terrorist campaign against the Russian Empire until tracked down and apparently killed by Dante… You can see how Simon produced this cover here. 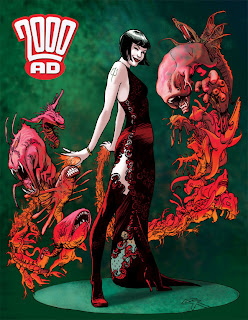 The cover of Prog 1592 shows Dante at the mercy of a Terrorist in full Major Liberty garb in the shocking tale Amerika, the end of which marks yet another turning point in the life of the Russian Rogue... 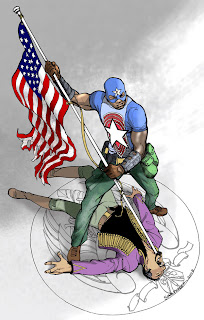 This brings us to the most recent Dante cover, which again features the verrrrry sexy Lulu. Note in this inked version the position of Lulu’s head and erm… lack of creepy crawlies! Simon recalls that “Tharg asked me to change the head and he opted for more bugs than I had originally drawn” hence a redrawn head and more pesky bugs! 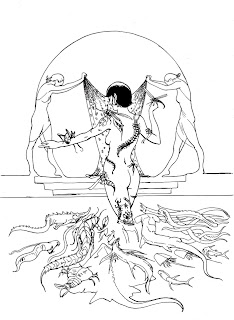 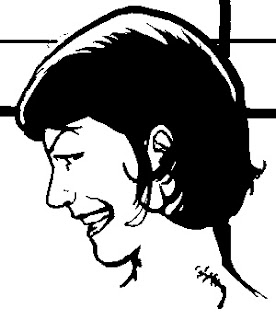 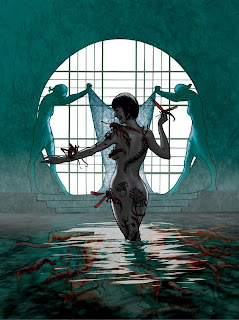 Purely for
Posted by Pete Wells at 14:15