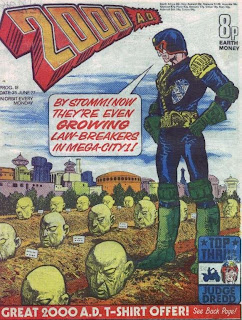 Hmmmm, a strange one this. According to The Judge Dredd Mega-History, this cover for Prog 18 by Don Lawrence further angered Carlos Ezquerra (Dredd's creator, who was already pissed off because the debut strip of his character drawn by someone else.) Apparently, Lawrence was having trouble getting the look of Dredd right (an old woman is about as far wrong as you can get!) so an Ezquerra Dredd from 'Bank Raid' (which was to be the first Dredd tale but was considered too violent - try to keep up!) was pasted over the top. Shocking! 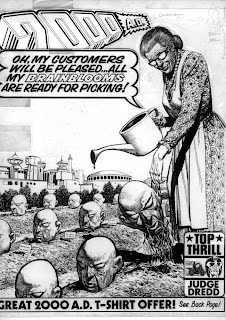 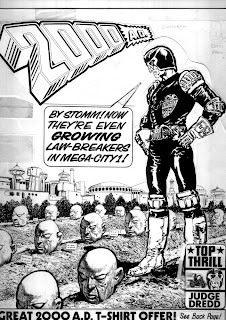