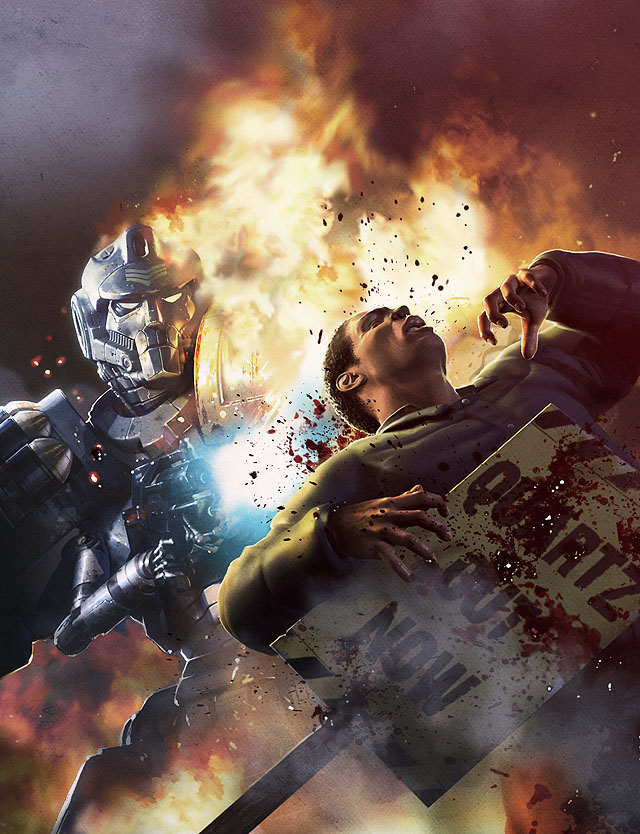 Ouch! Alex Ronald delivers a very painful cover for Prog 1914 as the masses let Howard Quartz know where he can shove his Hammersteins! It's another winning cover from the top three cover artist of 2014!
Alex said "I actually found this cover the most challenging so far, purely down to the problems I encountered in making the composition work. I kept finding that a landscape image was the way it was leading me but obviously a cover is a portrait orientated image."
"My initial B/W rough was approved by Tharg but after sleeping on it I thought the image looked too much like the Hammersteins were fighting with and not against the rioters."

"A quick re-jigg of the elements and a rioter was brought in front of the robot to suffer a bullet riddled fate. No ambiguity now."

"For a bit of colour contrast I added the fire. A petrol bomb is the trigger to the violence in the story so bringing in the burning robot ties in cover and strip even better. Tharg approved the changes and it was good to go..." 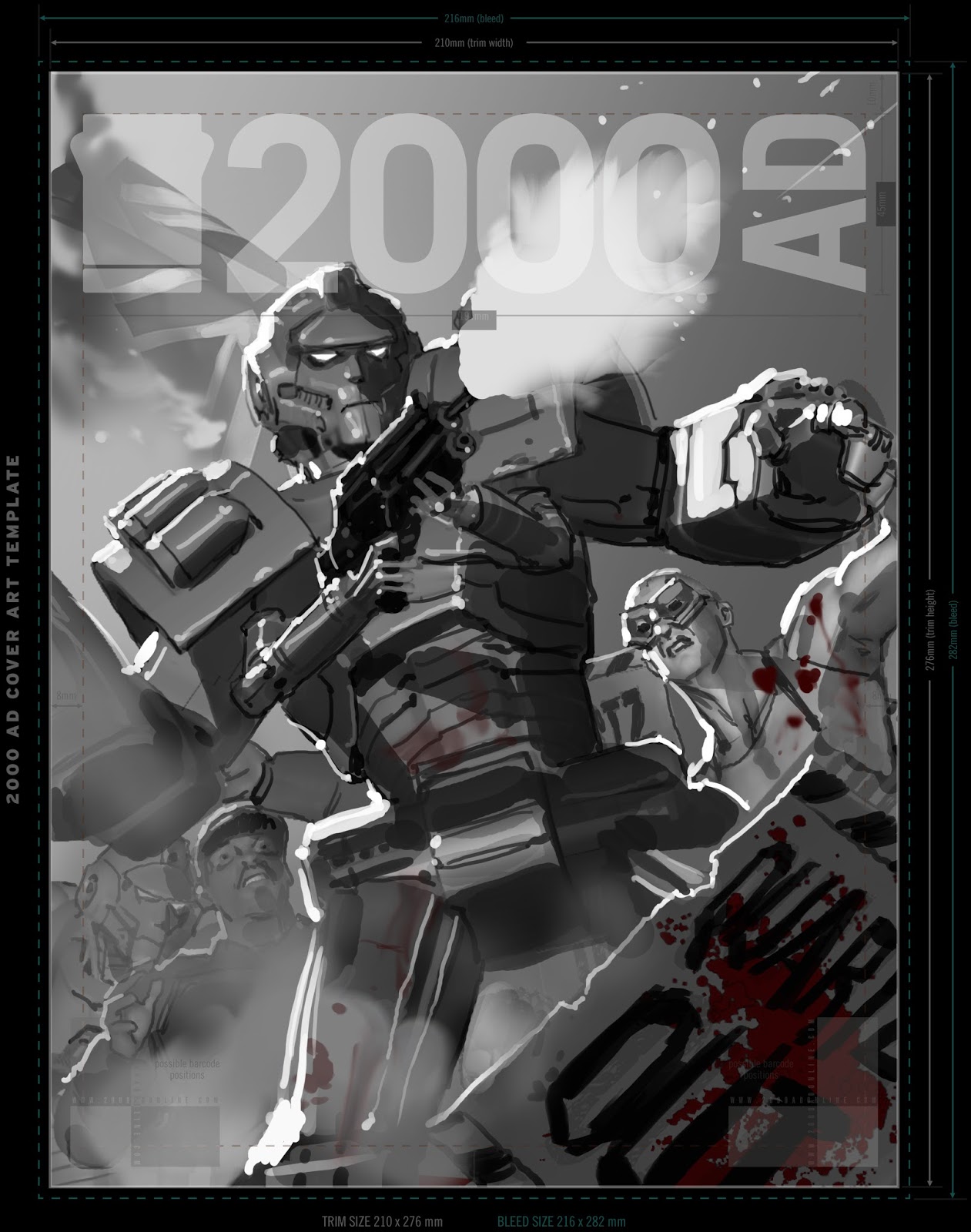 Hammerstein at a rave...
Alex called for help to ensure he go the cover just right, he said "A big thank you to Patrick Goddard who supplied me a wealth of reference material for the robots, both from his previous prog strips and some behind the scenes sketches. These were great for scale and a clear view of the robot details..."﻿ 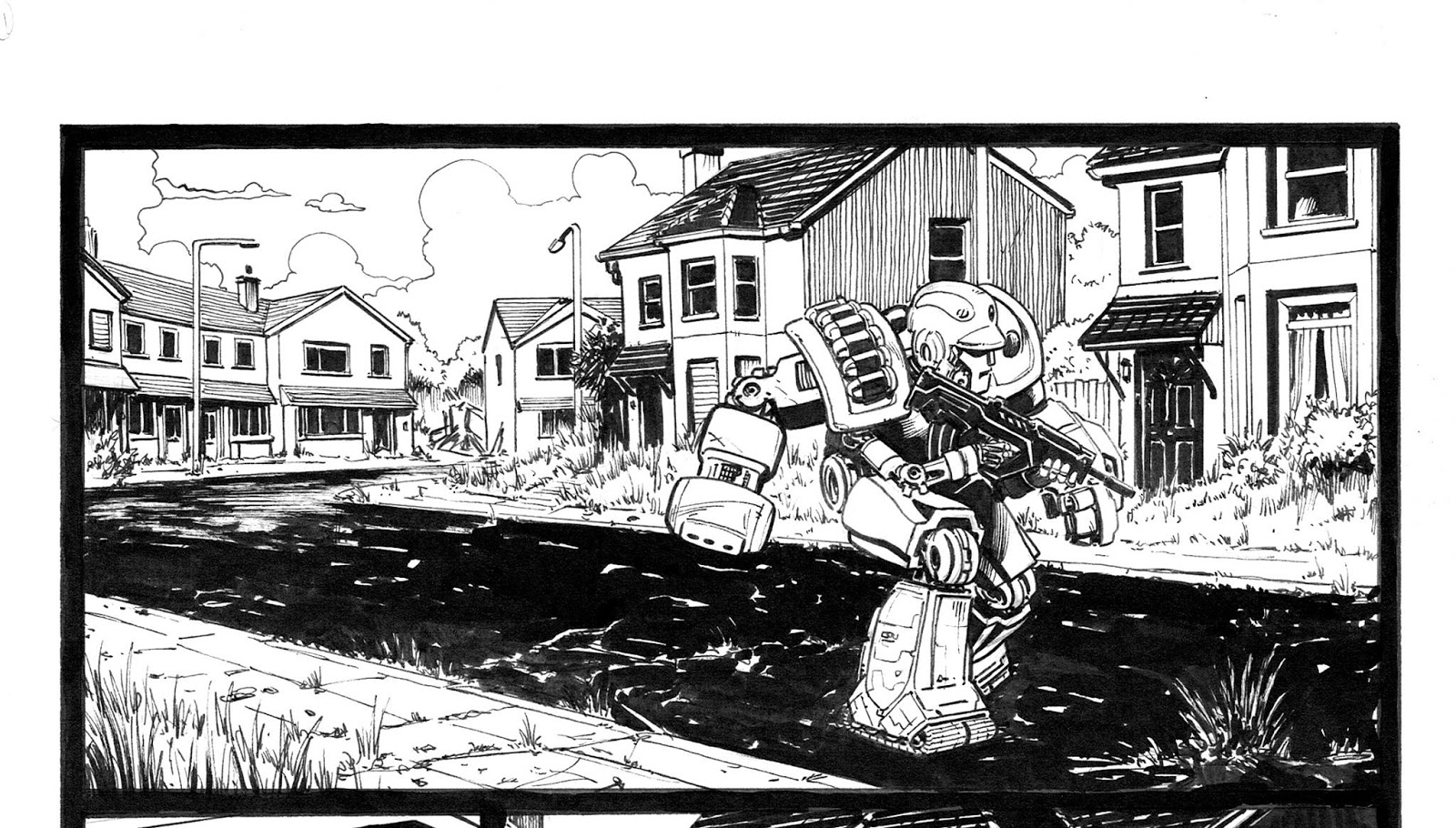 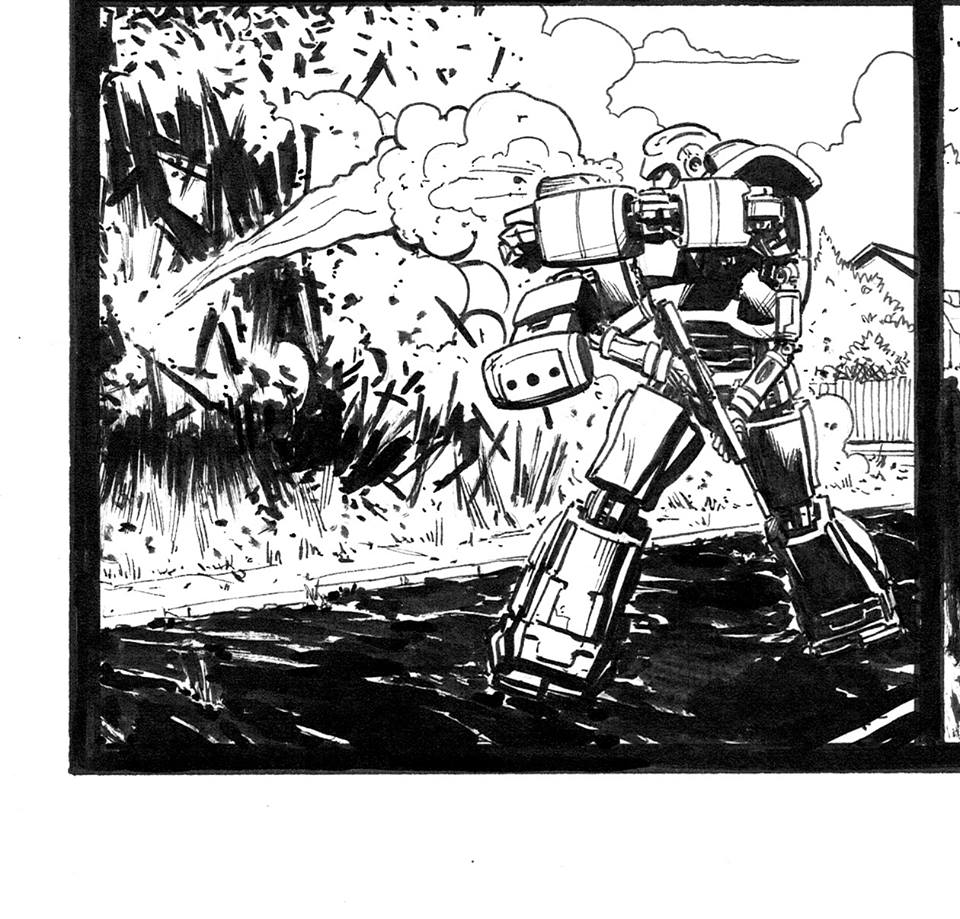 Hammerstein's Hide and Seek tactics were suspect to say the least...
"The next step was to create the robot in 3D. I worked on this across a couple of modelling packages Maya, Z Brush and exported each body segment out as a separate piece so that it could be attached to a skeletal rig. This allows the robot to become a fully pose able 'Action Man'. No realistic hair but one gripping hand :)" 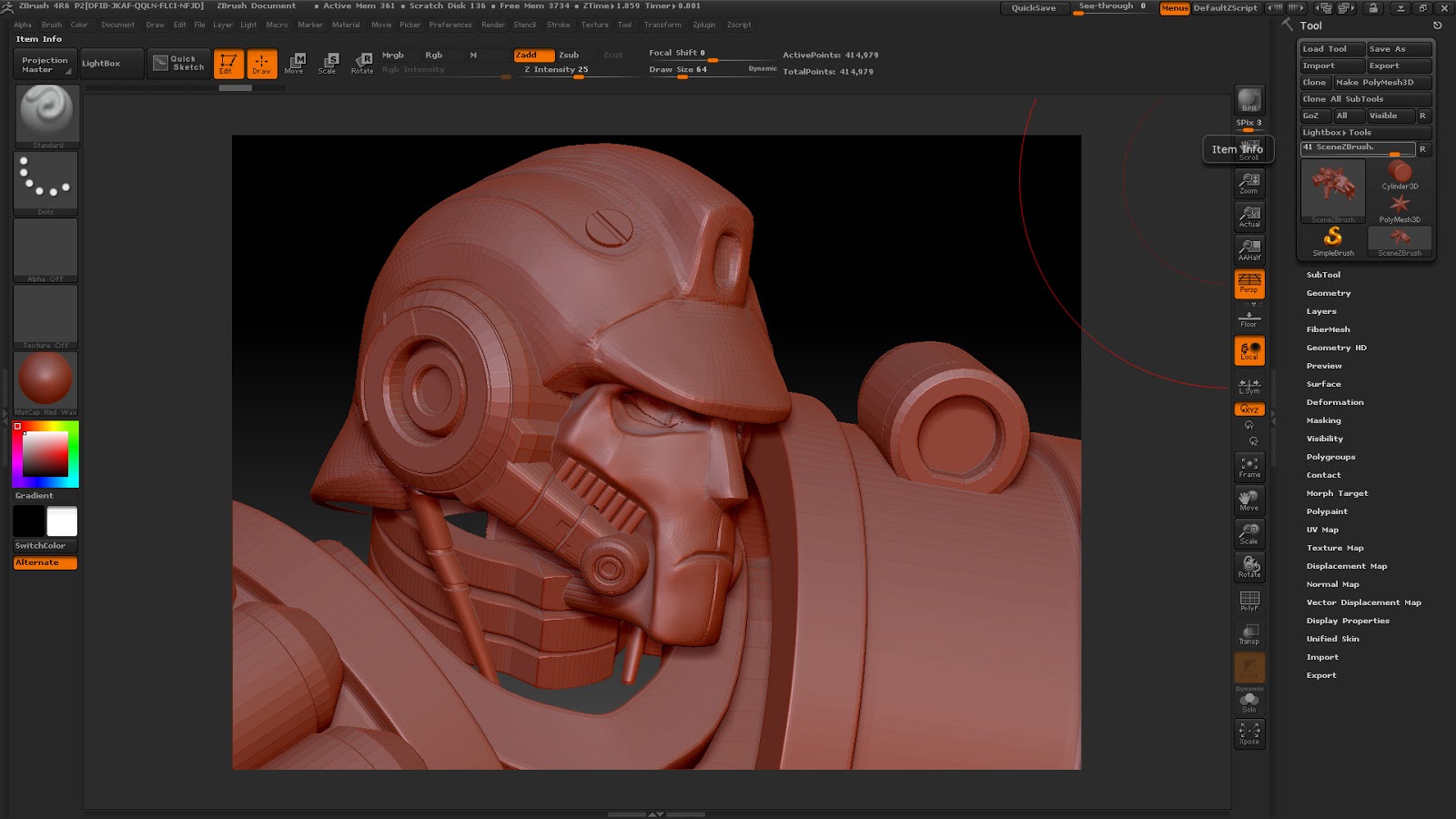 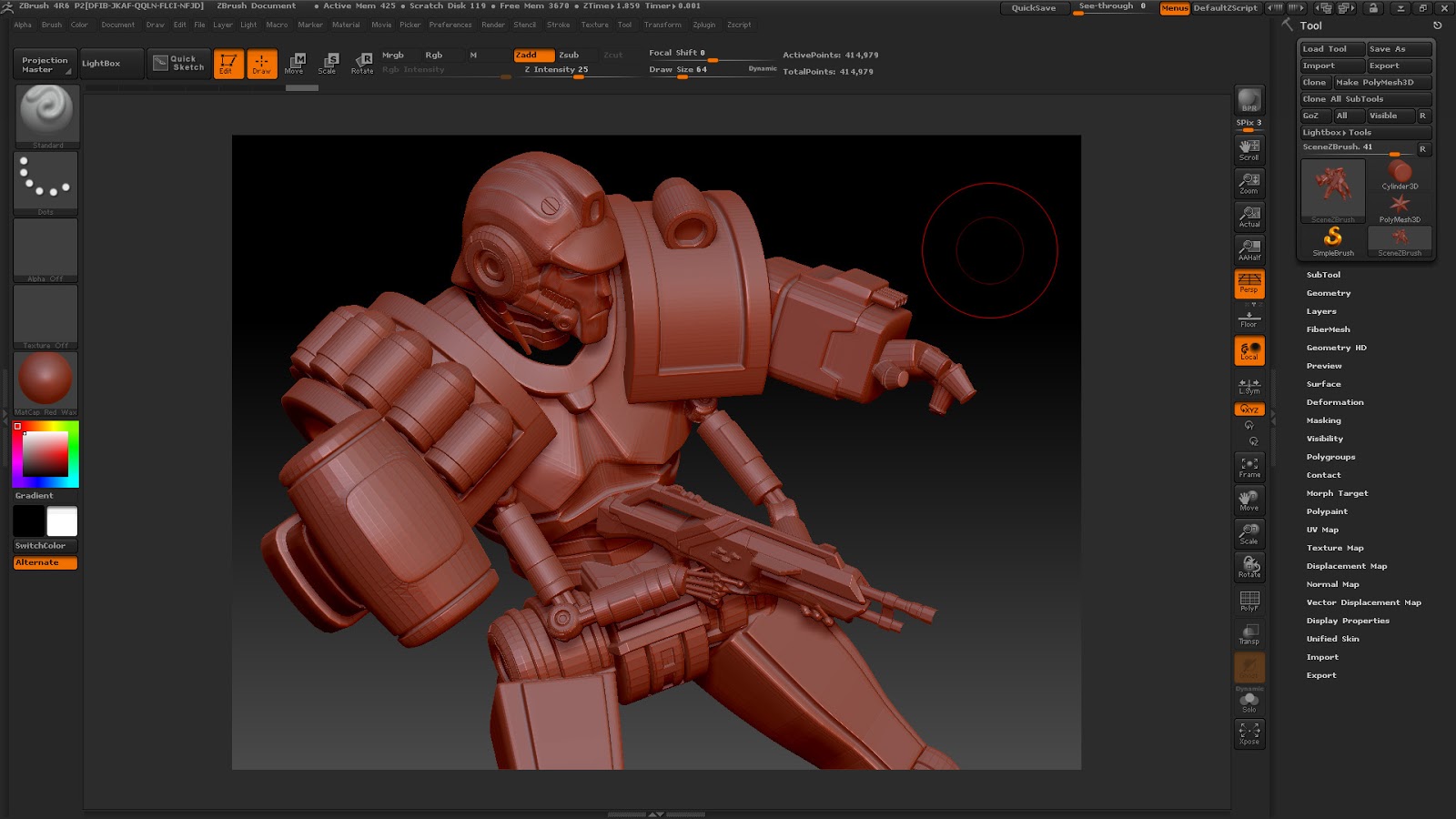 Hammerstein has got a tiny penis, but on the other hand, it's quite big.

"The rioter was customised from one of my library of figures and posed in situ with the robot. Some lights were added to get the basic atmospheric look and then the elements exported into Photoshop for digital painting..." 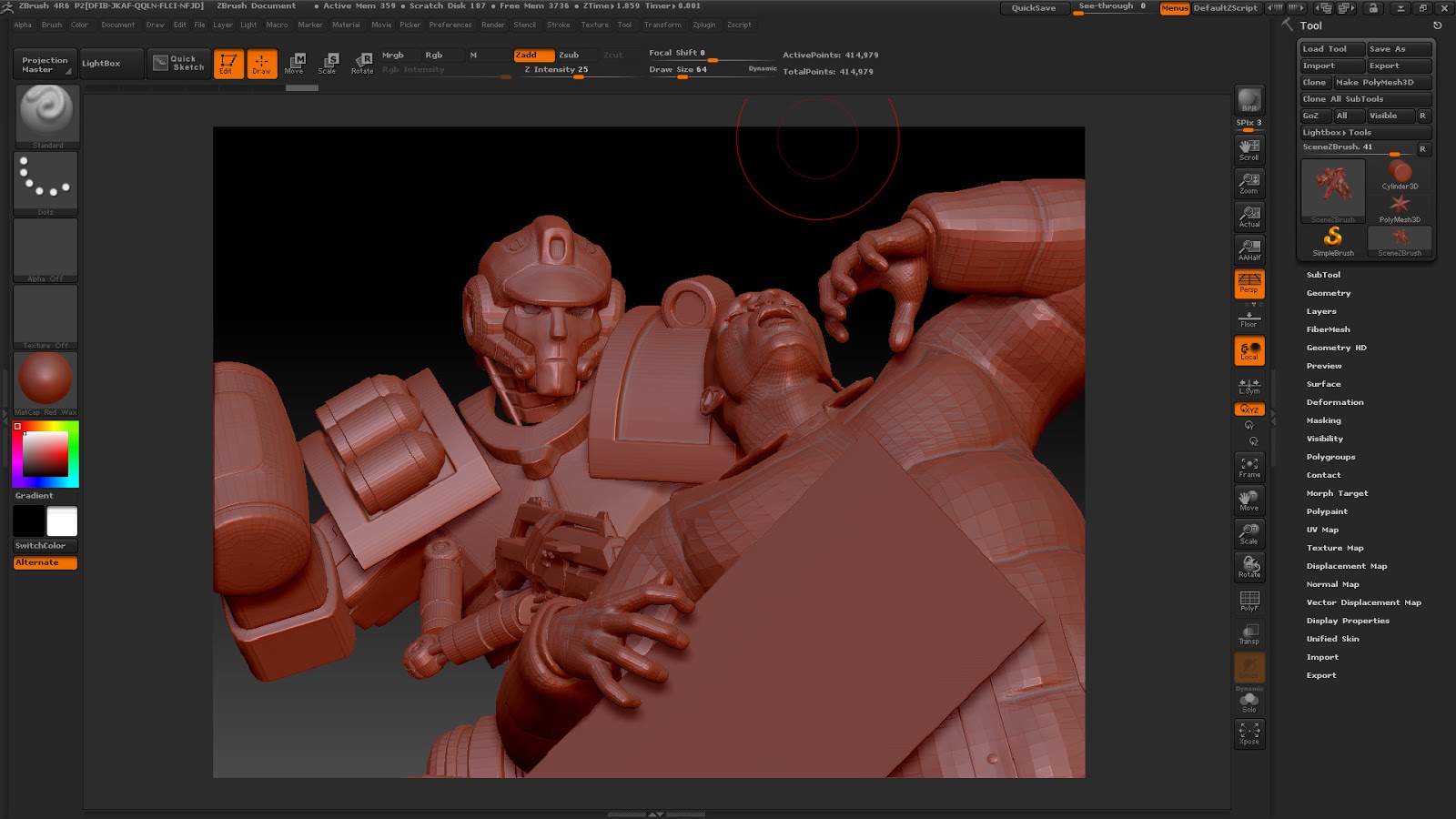 It was just meant to be a friendly tap on the arse...
"I've included the painted up Hammerstein before the smoke and fire obscured much of his body." 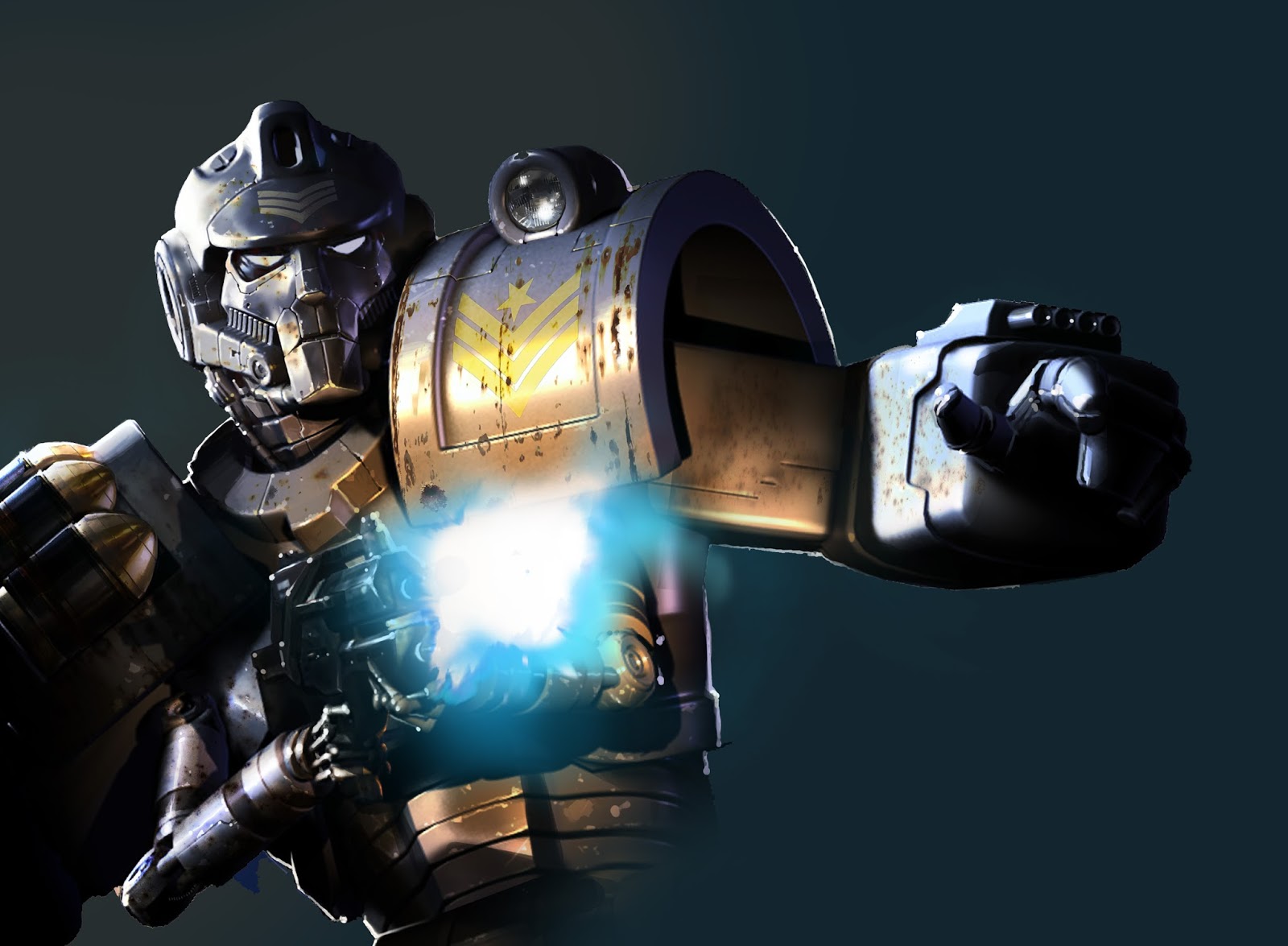 And here's Hammerstein with the smoke, fire and hippy! 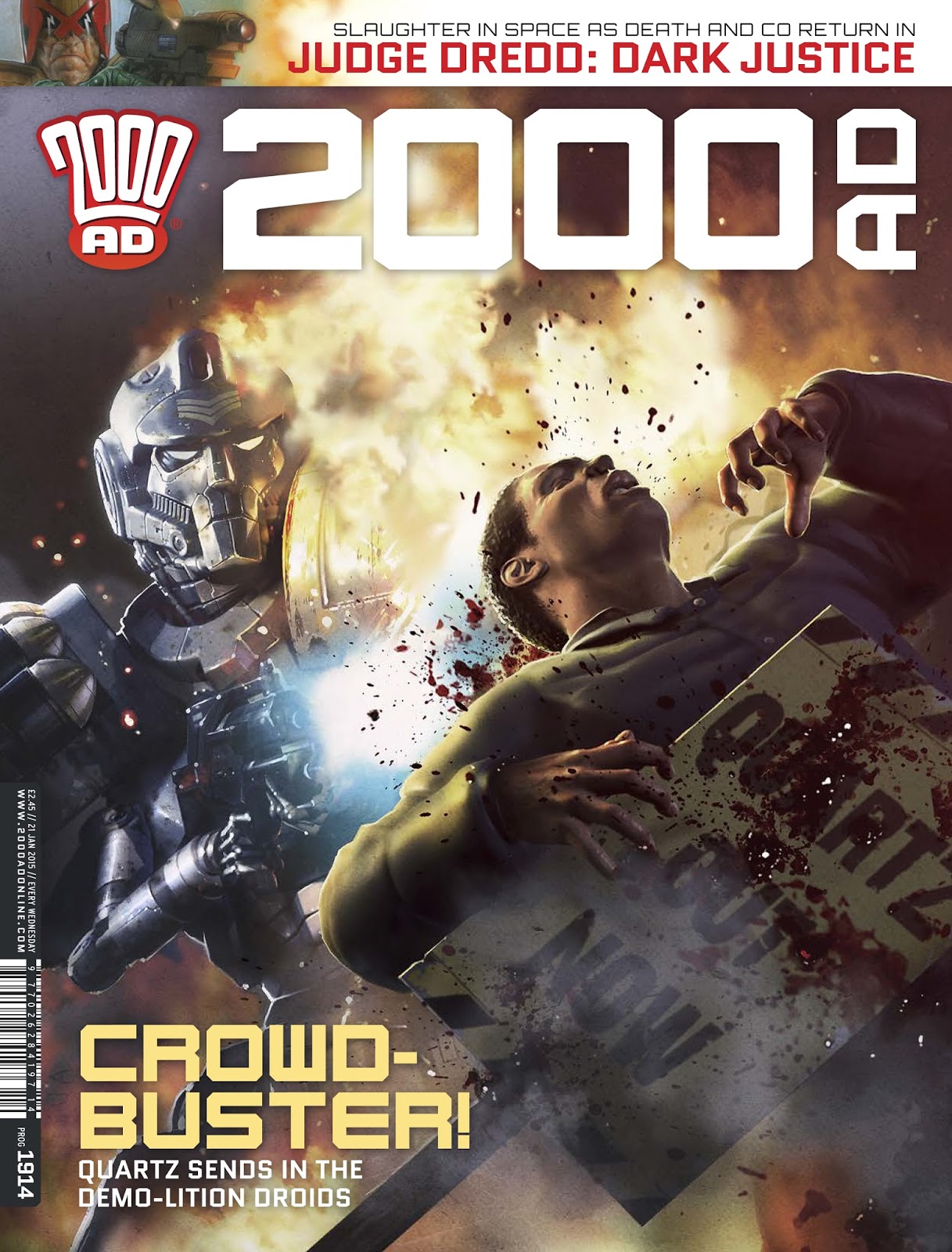 Oooh, that's gonna need some camomile lotion...
Great big walloping thanks to Alex for sending the images, here's hoping for another bumper crop of covers from him this year!﻿
﻿
Posted by Pete Wells at 16:30