A Proper Gander at the Jaegir One Shot Cover. 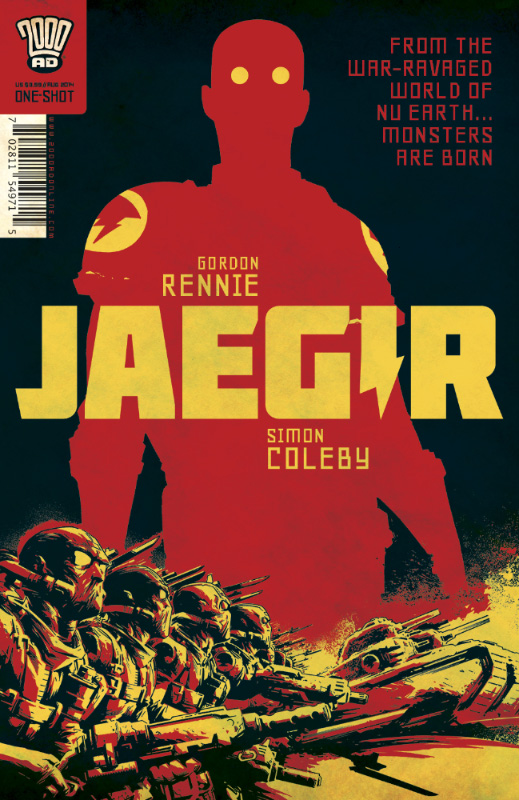 August 27th sees the release of the scrotnig Jaegir One Shot. The comic collects Strigoi, the debut series of Kapitan-Inspector Atalia Jaegir of the Nordland State Community Police. In this first arc, Jager is drafted into the Office of Genetic Purity to help hunt genetically mutated monsters known as the Strigoi.

It's a fabulous read, with a nasty script by Rogue Trooper fan Gordon Rennie, wonderful art by Simon Coleby and a gorgeous palate by Len O'Grady.

The cover is really striking so I got in touch with design wiz Pye Parr to find out more. He said "The art first came about after Molcher and Gordon came up with a rough idea for a promo campaign for Jaegir when it first ran in 2000 AD. Gordon and Simon were keen to avoid spoilering a few things - namely that the main character was female, but also that she was one of the Bad-guys, so Simon did some awesome teaser art in the style of an old soviet propaganda poster, and I continued the theme with some designery quote posters, which teased the background of the story quite well without revealing any specifics about it..."

Here's Simon Coleby's "Why don't we do something like this?" marker rough: 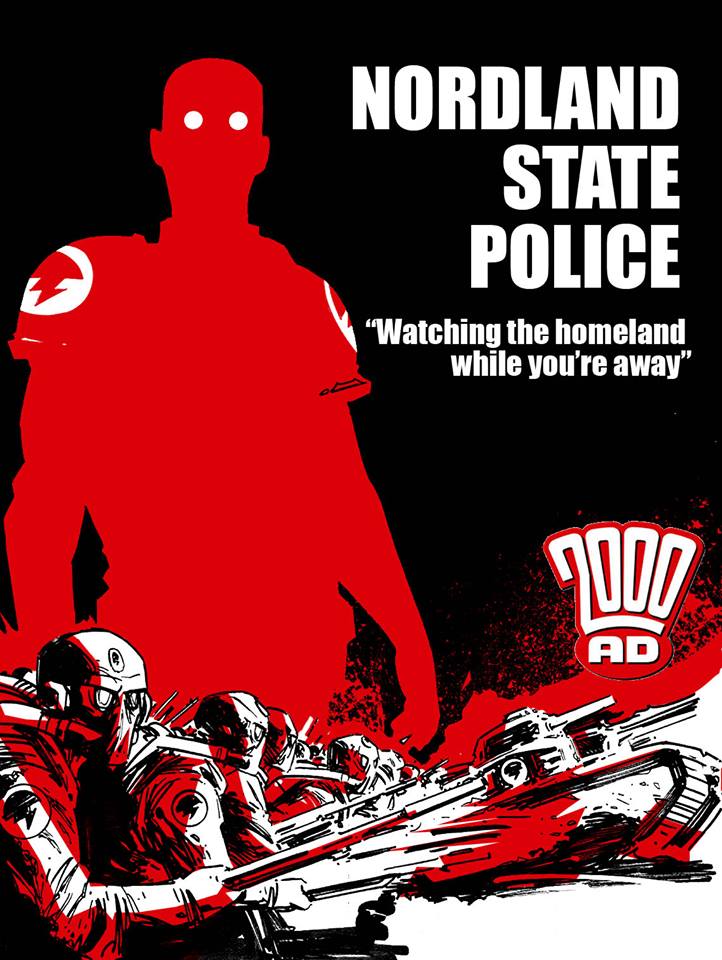 Well, I wouldn't bother after Season 1 if I were them...

And his more refined comp... 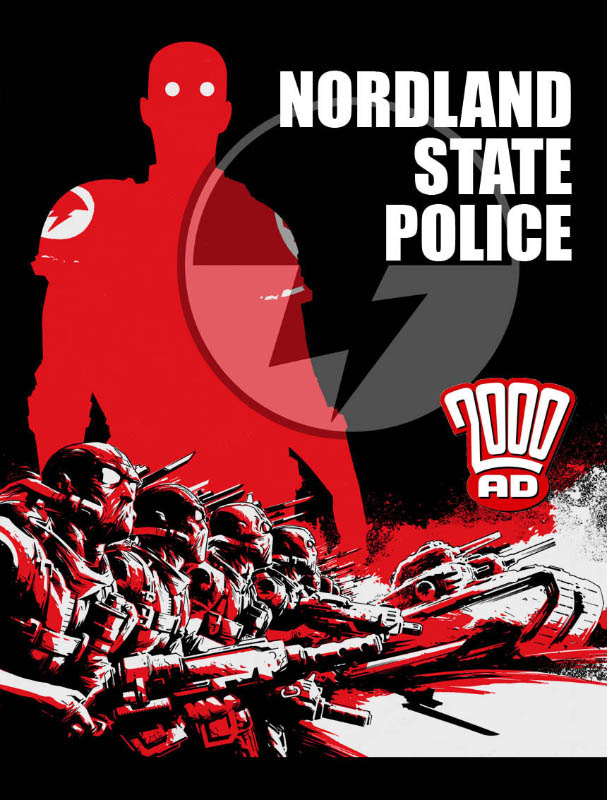 Which is made up of linework... 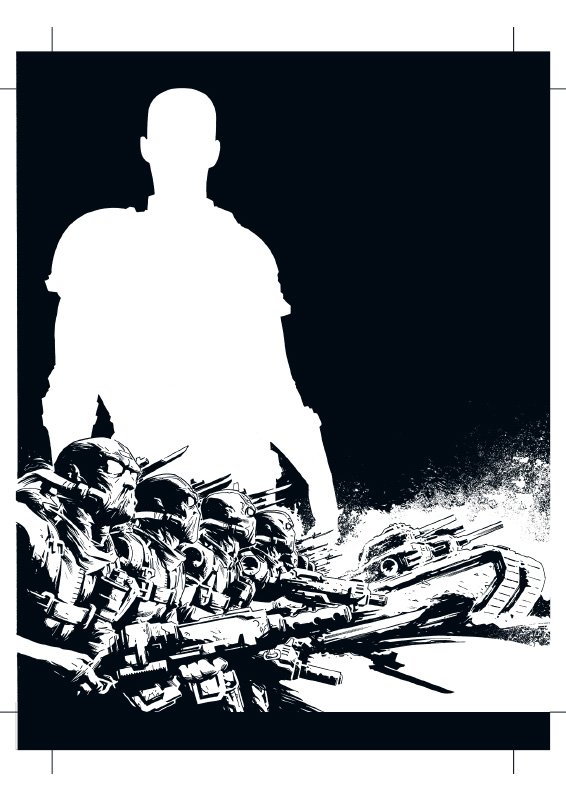 The creator looks on at the Banzai Battalion prototypes... 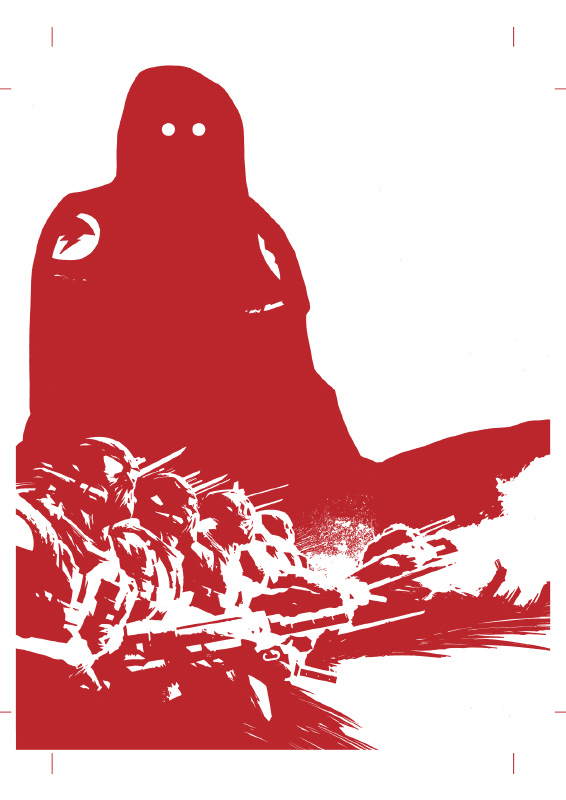 The Kubaz from Star Wars joins the Norts?

Put 'em together and what have you got? Bippetyboppetynu-earth. 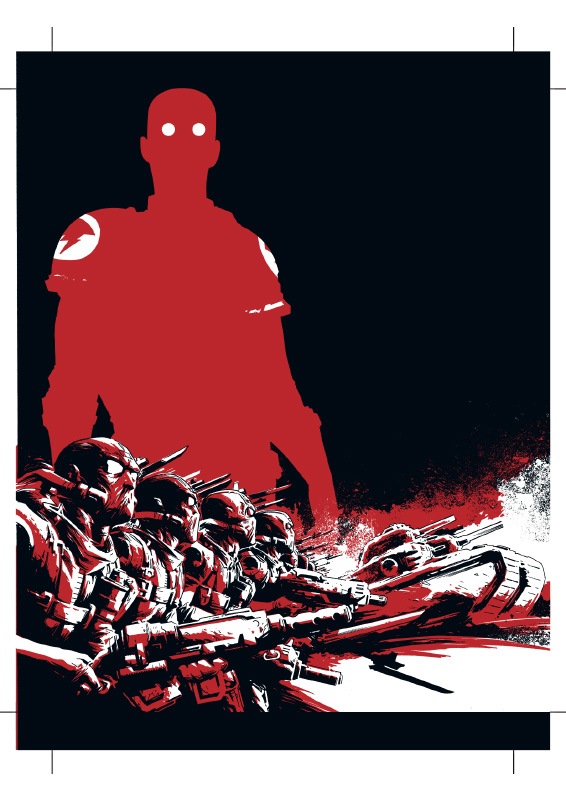 Here's Pye's Promo Poster based on the image... 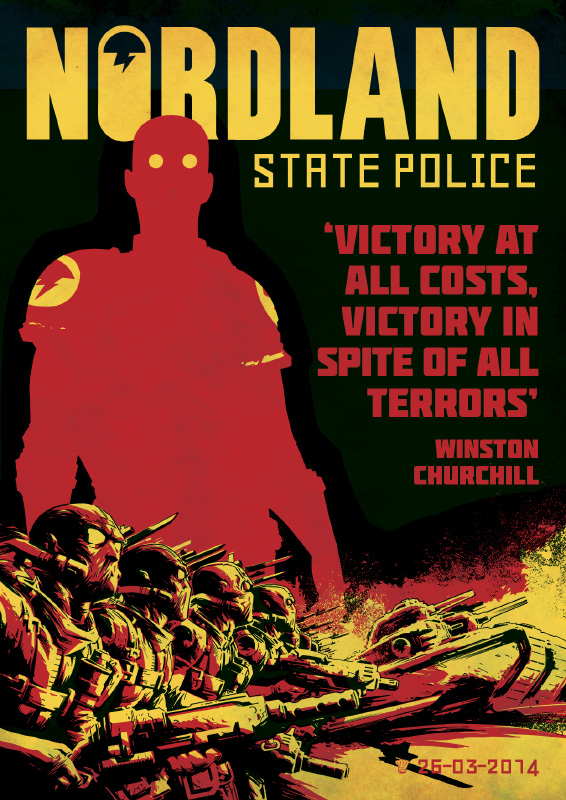 And his, quote, 'Designery quote posters!"

"Rogue has only got one ball."
Traitor General

Pye continues "After that we decided to put out Jaegir as one-shot US-format comic, and the poster art was so cool it seemed a shame not to use it again, especially as not a lot of the readers would have seen it before, having never run in the Prog. I had to tweak it a little bit from the poster to fit with a cover layout (mainly just enlarging/centring the main guy...)

"Ya Doktor, I appear to have a tank coming out of my groin..."

"I even managed to reuse the layout for the quotes posters on the title page (which was nice, as I was quite pleased with them too)." 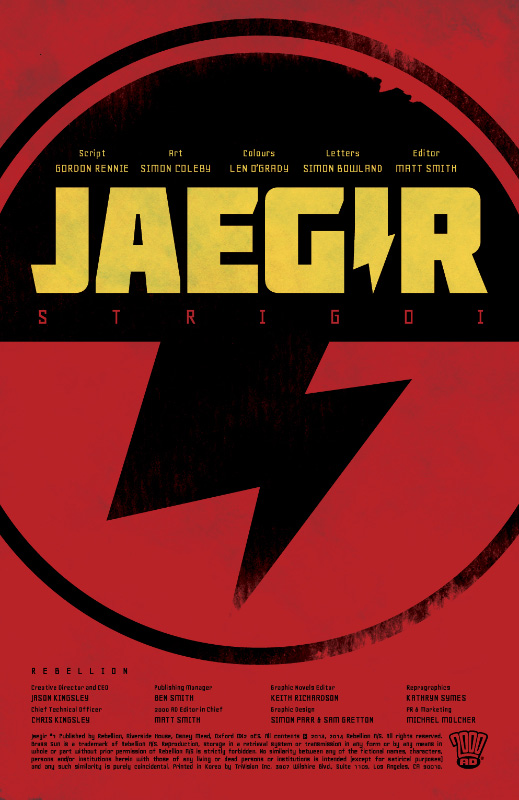 Dammit, everything about the Norts was way cooler the Southers. That insignia is great!


Be sure to report to the 2000AD shop and pre-order this one shot now citizen before officers from the Nordland Office of Nasty Bastards pay you a visit. Nu-Earth sized thanks to Pye for sending the images and info, go check out his excellent blog!
Posted by Pete Wells at 16:31