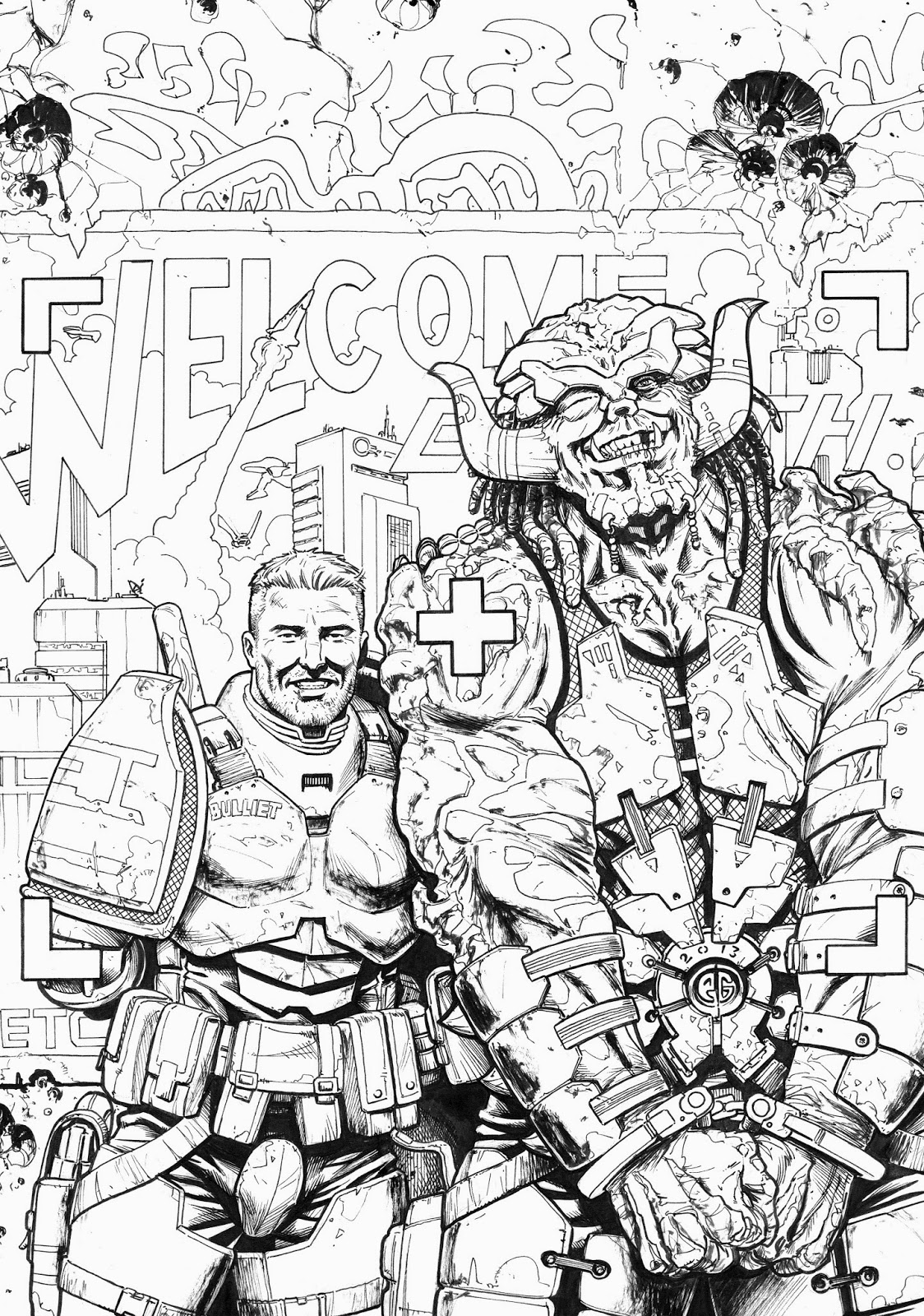 Wow, here's Patrick Goddard's magnificent inks for his recent Grey Area cover. I'm a huge fan of Patrick's work (I believe Pat Mills described him as the new Bolland) and a massive fan of the series. For my money, Grey Area is the best new strip to come along in a long while. Capable of doing cool little one-and-dones but similarly able to give longer, more serious stories, I reckon this is destined to be a 2000AD classic.

Over to Patrick to tell us a bit about the cover "I finally dug up some roughs but it's not much I'm afraid, it was such a straight forward job!" (Yeah, right! - Pete) "All Tharg wanted was Bulliet and some alien warrior type, post brawl smiling for the camera."

Below are Patricks fantastic roughs, I adore the finished cover but would have loved to have seen rough no 3 too... 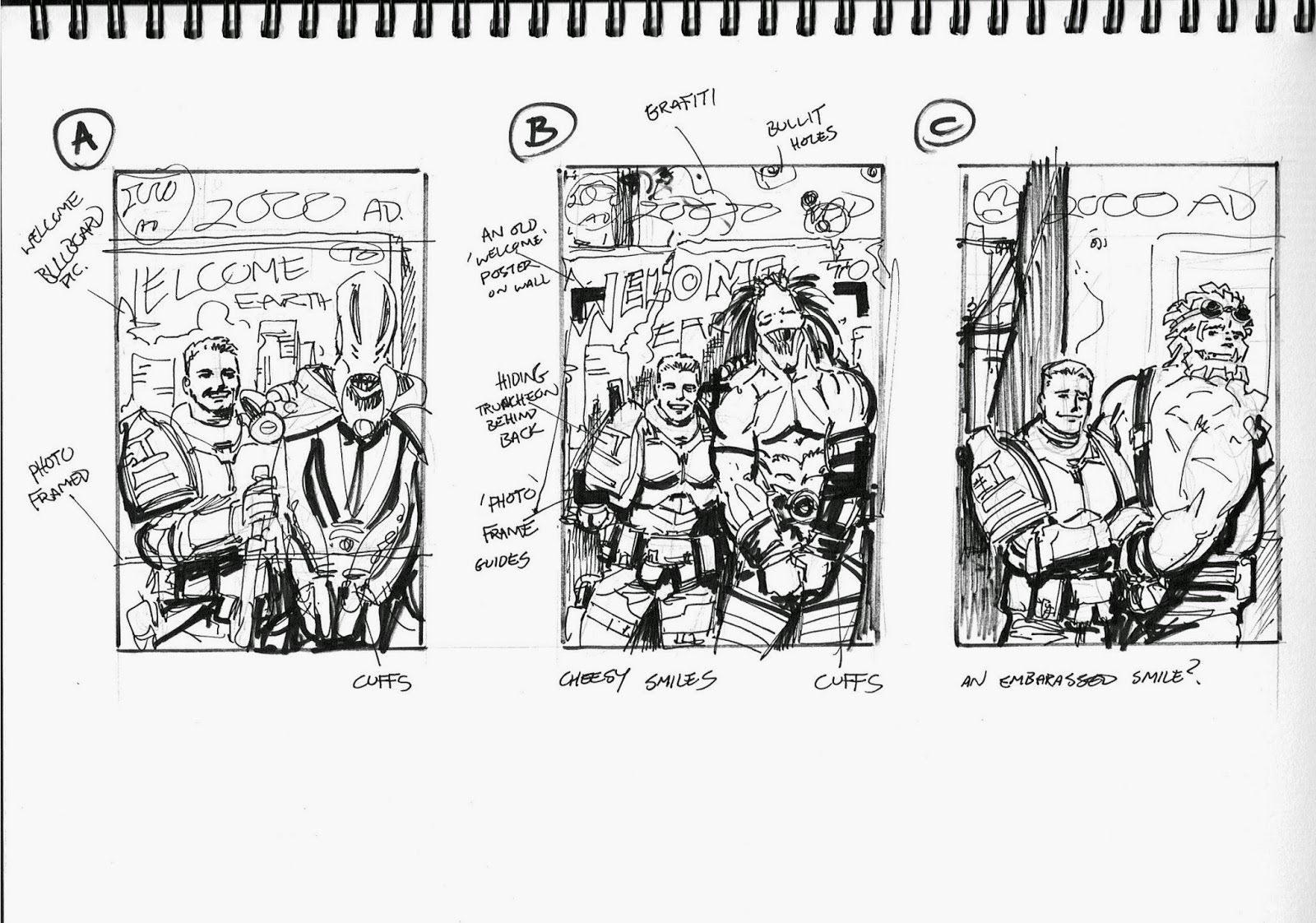 Above we see evidence of several arrests in Newcastle this weekend (horse punching, smashing up the 'toon' etc.) after another 3-0 thrashing by Sunderland...

Patrick continues "I tried to use the idea of framing the scene all 'nice' in front of a "Welcome to Earth Paradise" type poster, but the rest showed what a rough slum Grey Area is out of shot. In my head I wanted it to work like the sketch cover below, so you have the framed scene taking centre stage and show all the out of shot stuff on the back cover. It would only have worked if it was a wraparound cover or landscape, and that wasn't possible. So to do it, I would've had to have drawn it so small that it would've lost any impact as a cover."

Oh for what could have been, that'd have been great! 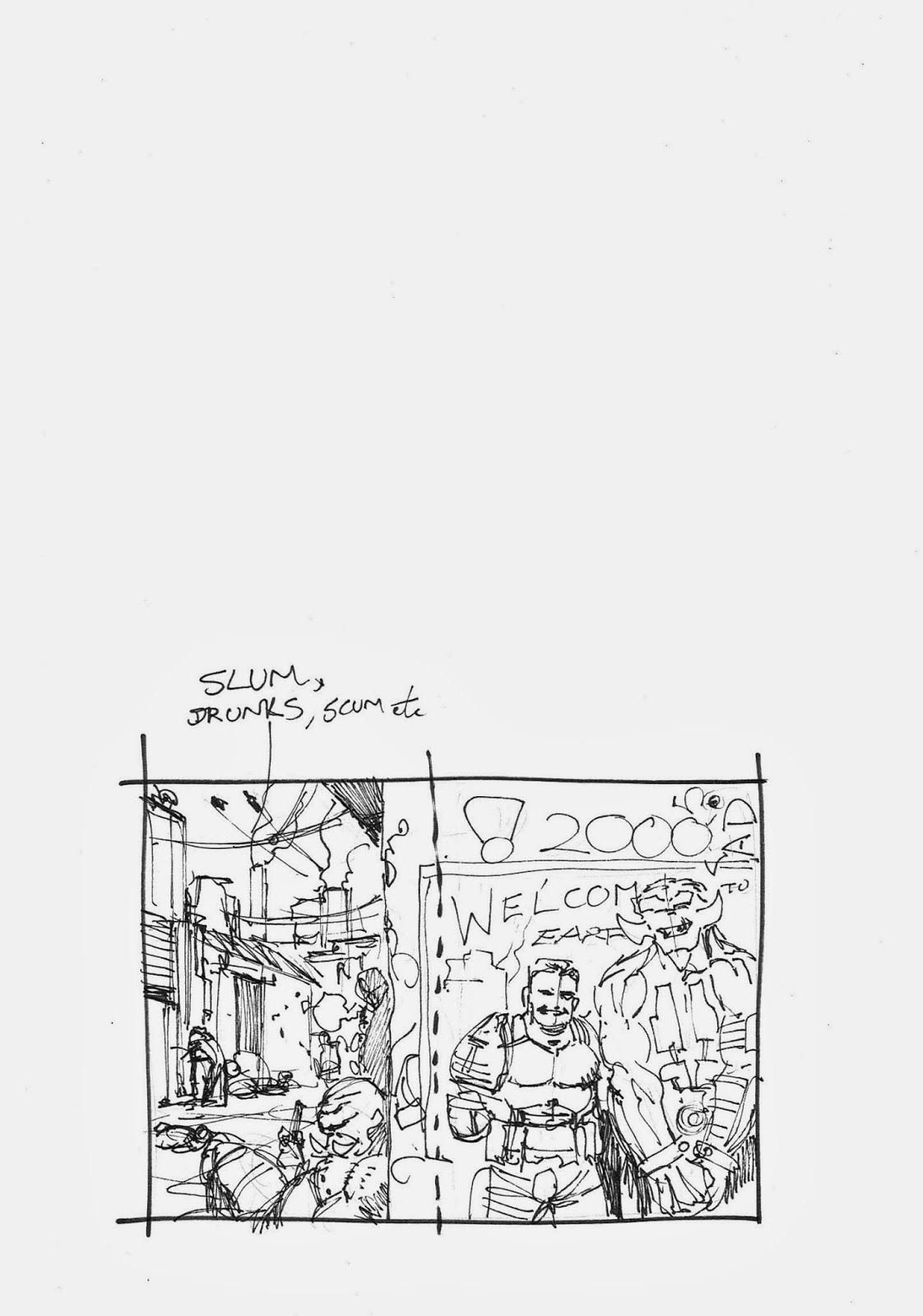 Then, modest as ever, Patrick says "I just drew the original idea of them up close and tried to hint a bit in the background. It would've been nice to go all Geof Darrow on it but it probably would've taken me twice as long!" To be fair, it is quite Geof Darrow, look at all the detail in the finished piece! Patrick continues "It took about a day to draw and ink, and then it was off for Chris to work his magic on it, a great job he did too!"

The teaser poster for the new series of Geordie Shore

Chris Blythe has promised to send a step by step walkthrough of his colouring of the cover, which I'm very excited about as I've been trying to get him on here for ages! Here's how the cover looks on your newsagent shelf... 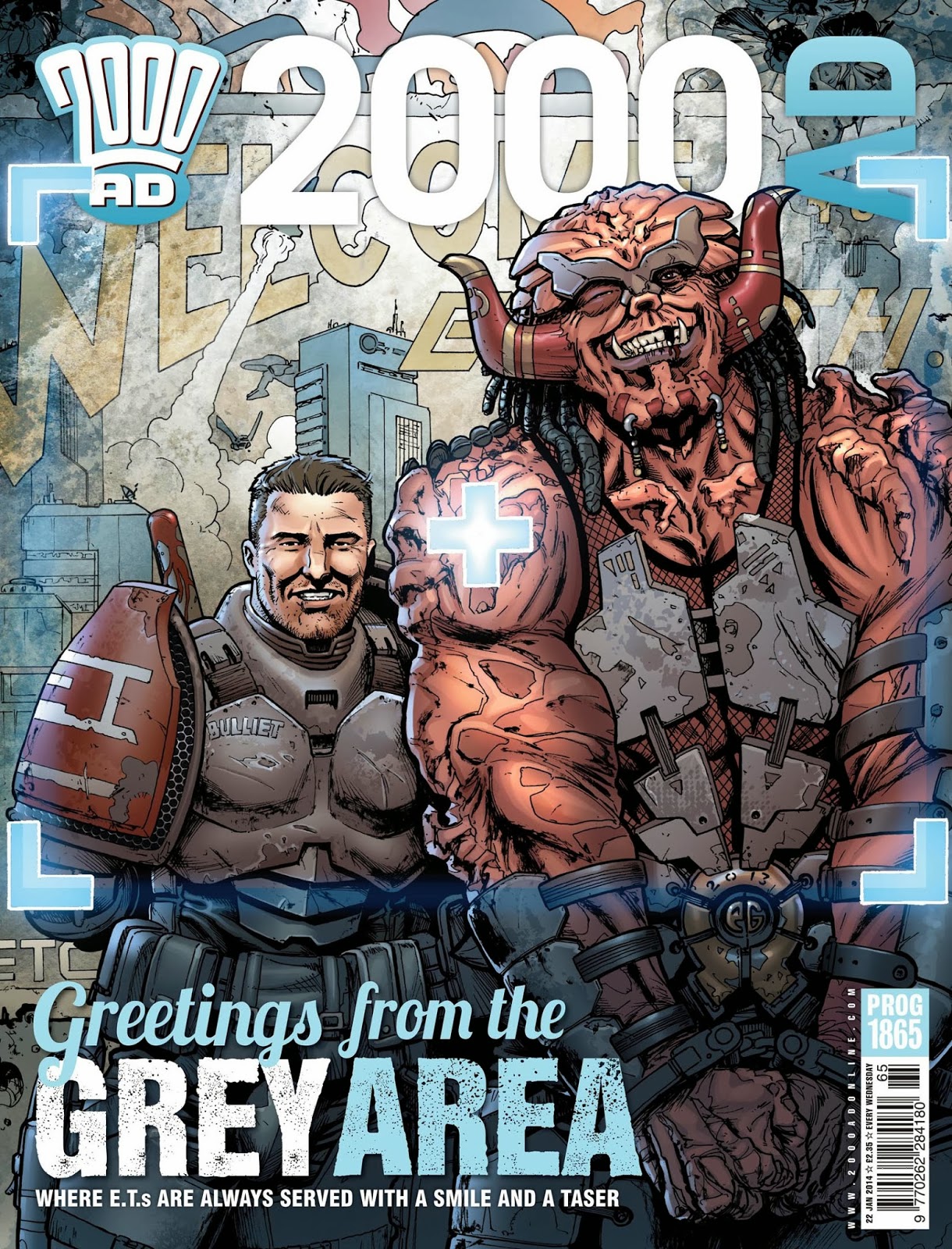 Can you spot Pat's signature on this cover?
Alien-sized thanks to Pat for digging out these glorious images. Mark Harrison will be taking over art duties on the strip after Patrick's run, can't wait for that!
Posted by Pete Wells at 12:23