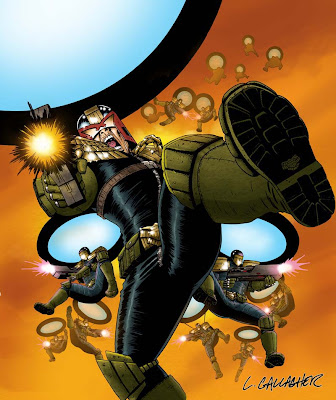 Nothing to see here! Please, please waste no time in heading over to the brilliant Leigh Gallagher's blog to see how he put together this week's absolutely stunning Dredd cover. As ever, Leigh tells us the story of the image in his usual hilarious style, giving us a fascinating insight into his work.

I have his permission to 'take what I like' from Leigh's blog post but I'm gonna restrain myself as you need to read from the man himself (here I tells ya!)

However, I simply can't resist posting his roughs... 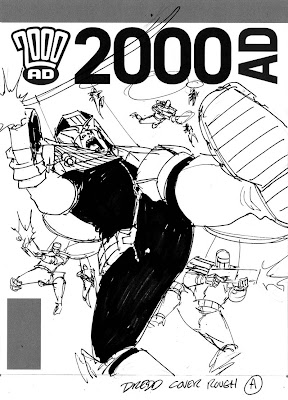 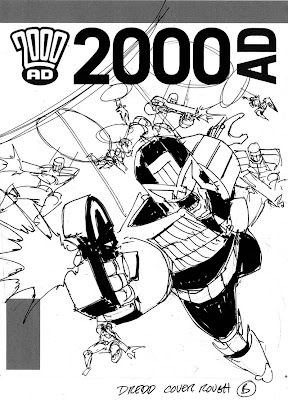 And downright amazing inks. Maaaan, I love his work... 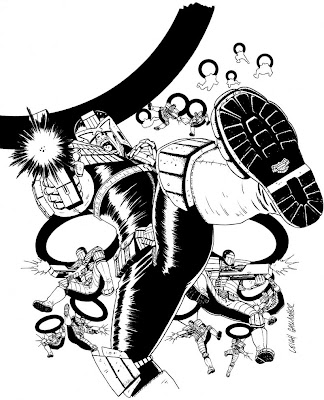 Over on Leigh's blog there's also his pencils, flats, shading work and the rationale for his colouring. Also, as you'd expect from Leigh, there's a lot of talk about crotches and that old chestnut(s?) - six breasted love slaves. So what are you waiting for, get over there!

Massive thanks to Leigh for being kind enough to let me plunder the Crotchtastic images. Kind as well as handsome, I'm sure he'd say!
Posted by Pete Wells at 15:30