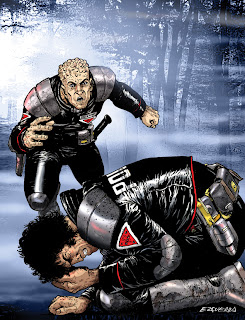 It's always great to see a Strontium Dog cover and it's even better when drawn by his amazing creator, King Carlos Ezquerra! However it seems even more special this weekend, as he and his 'wife' John Wagner, were deservedly awarded Lifetime Achievement Awards from SFX Magazine. 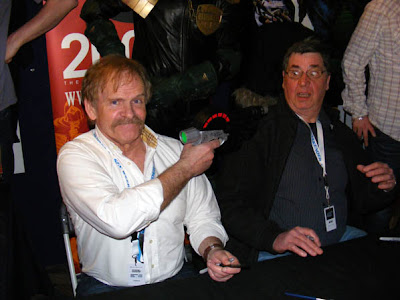 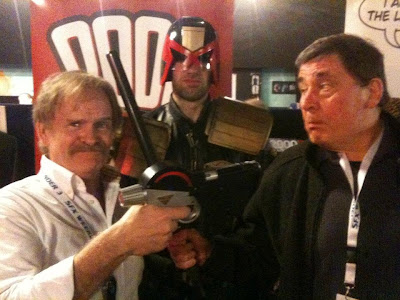 This particular cover features Johnny Alpha in police garb, being tortured by a twisted voice in his head. As soon as I saw the cover, I was reminded of Carlos' now (in)famous Action cover from 1976, which helped fuel a political storm around children's comics and led to heavy censoring of the title. It's so tempting to photoshop a chain in Middenface's hand! 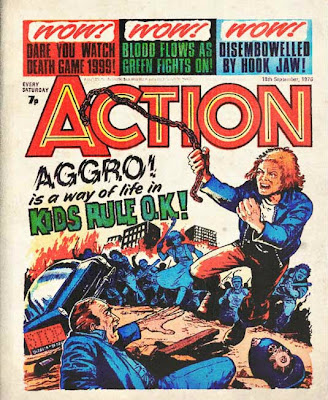 Below are Carlos' impeccable inks... 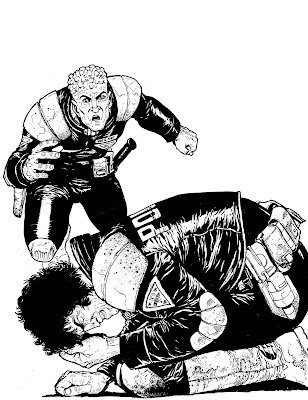 Followed by the colours. Interestingly, this weeks' Nerve Centre credits Carlos alone for the cover, so it'll be interesting to see if colourist son Hector helped out his old man on this one.

EDIT - I contacted Carlos and he told me this cover was ALL him. He also mentioned that in the prog, Hector is inking his work, then Carlos is colouring. I feel like a fool! 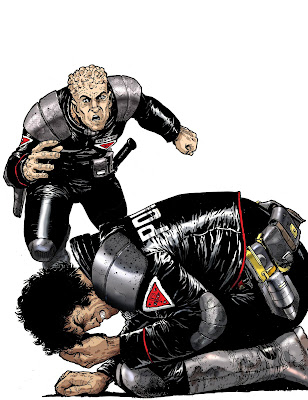 Many, many thanks to Carlos for sending the images, especially after such a hectic weekend. He only needs to do even more prog covers and he hits the magic 100!
Posted by Pete Wells at 12:43