Carlos Ezquerra - Return of the King! 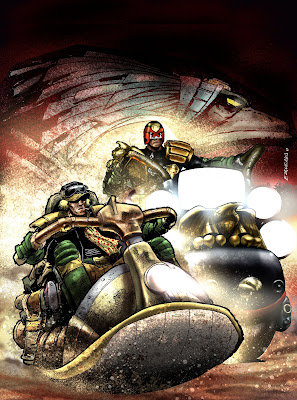 All hail King Carlos! Back in his rightful place in the galaxy's greatest comic! Yes it takes more than life threatening illness and the removal of vital organs to stop Tharg's premier artdroid (see the cover of his special fan-made get well comic here for more details.) And what a return! The cover of this months' Megazine features Judge Rico and Judge-Marshal Koburn scouring the Cursed Earth in search of a missing City-Def Unit.


Above them, I believe is a Gila Munja. These fearful, chameleon-like creatures live in the Cursed Earth and are masters of camouflage and one look at the news stand version of the Meg shows that this little blighter has completely blended himself into the logo! That 'Missing in Action' strap line could be talking about him! 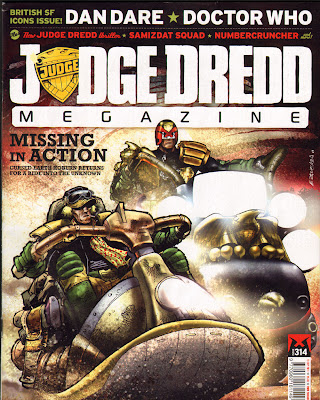 Moving on, below we see Carlos' sketch for Koburn... 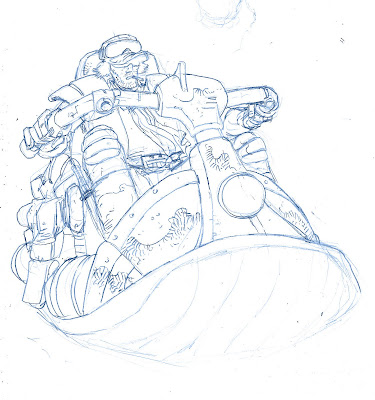 Followed by his unmistakable inks! 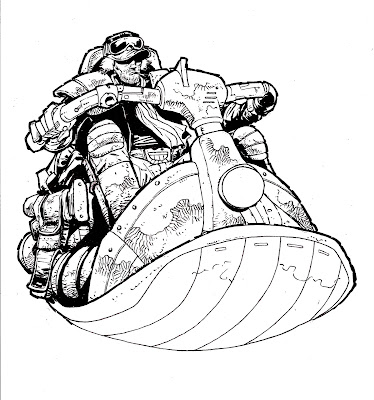 Obviously, this isn't the first time Koburn has come across the Fargo bloodline. He met Dredd way back in Megazine 211 which was reprinted in The Carlos Ezquerra Collection, the cover of which can be seen here: 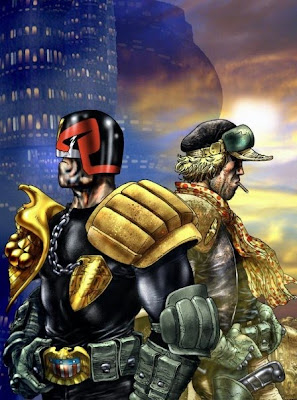 So what better way to celebrate Carlos' return than a look at some classic, high rez Ezquerra covers of yesteryear, starting with a real favourite of mine - Prog 333, the classic, if a little surreal "Um...Synthi Sausage!" 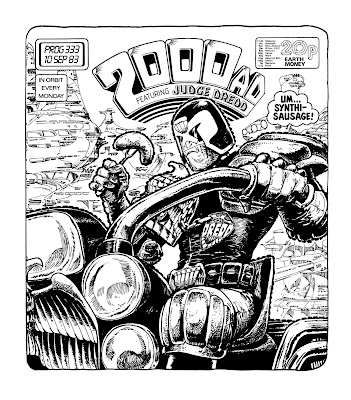 Of course, readers in the know would tell you that the cover was for the classic 'Requiem for a Heavyweight' story and was a part of a still slightly surreal wraparound... 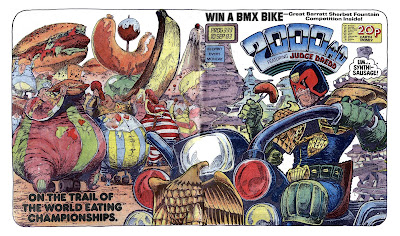 Next, Prog 256 where Dredd first gets to try out his Stub Gun on the incoming Sov Strato-V's during the Apocalypse War. A true classic! 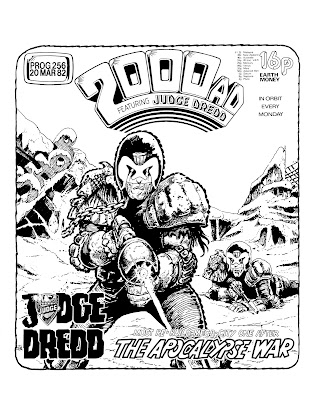 Next we have Prog 281 which saw the return of one of Dredd's meanest enemies... 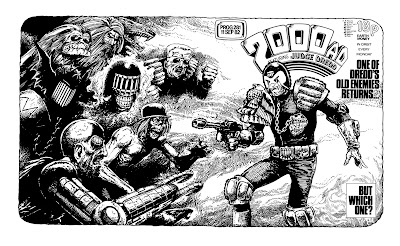 Did you guess which one? 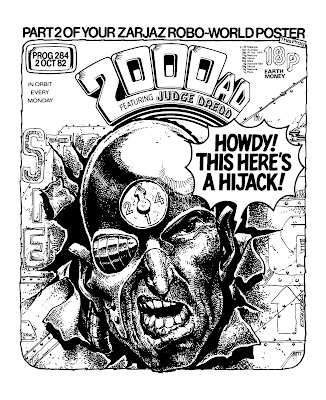 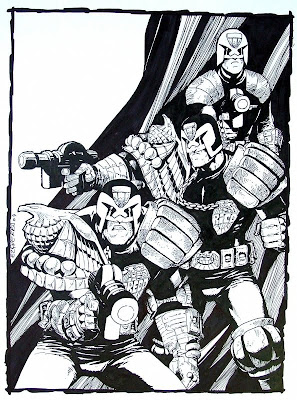 Finally, the last ever traditionally painted cover by Carlos and one of the few featuring both Johnny Alpha and Judge Dredd. I own this so I'm simply showing off! 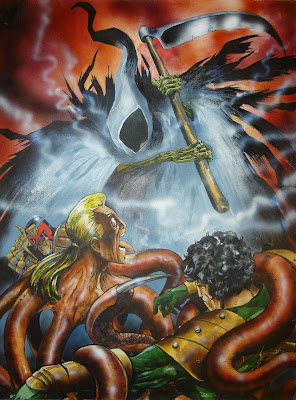 Lets finish with a couple of Strontium Dogs, starting with what I would argue is the most iconic Alpha image ever, that of Prog 339. 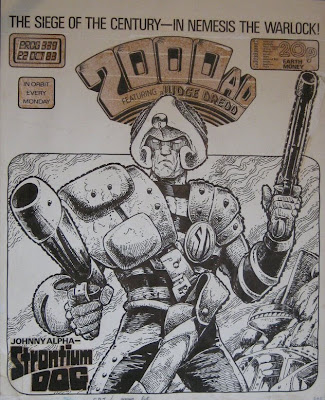 Next we have two absolute classics from fan favourite 'Rage.' Firstly, the heartbreaking Prog 445... 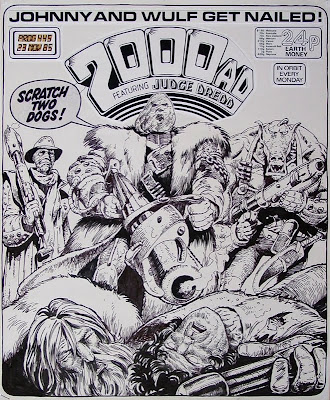 And the highly cinematic 469, stunning! 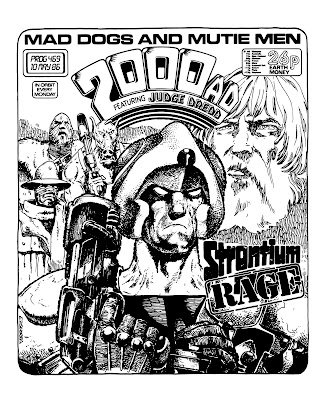 So all hail King Carlos, truly one of the greatest droids ever assembled! And thanks to the great man for sending the Megazine cover. 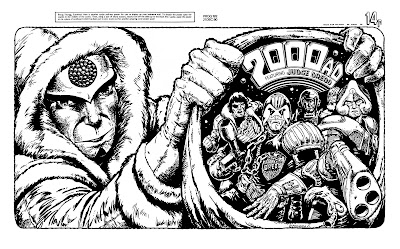 Jim says "I'd like to nominate Prog 195 as one of Carlos' more significant covers, since it features Dredd, who he hadn't drawn in nearly four years at that point, and wouldn't draw him again until the Apocalypse War, a year later…"