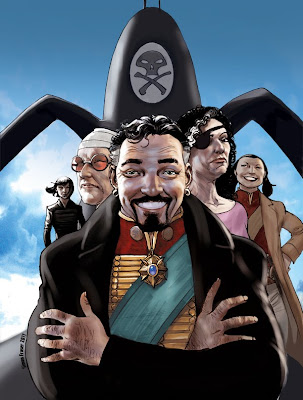 It looks like Si Fraser has been spending a little too much time with his own creation and his risk-taking, leave it to chance philosophy is starting to rub off on the premier artist! Simon said "This was a tricky cover because I kind of ended up throwing out the rulebook and then winging it. The difference was that I did a greytone version with markers on top of the linework then worked into that with colours in Photoshop..." 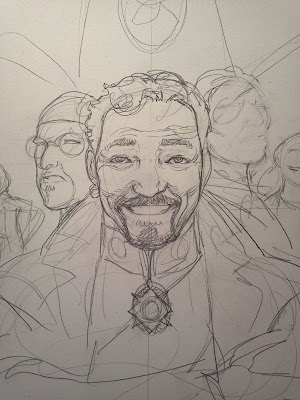 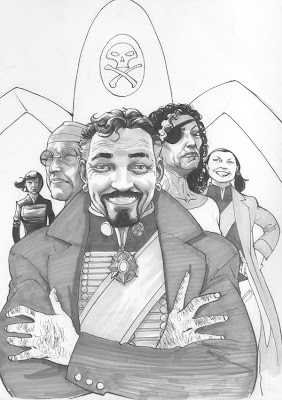 Si continues "That preserves some textural information which adds a bit of tooth to the drawing (pun intended!) There was no separate line-layer, so it ended up a bit more 'painterly' than my usual. I've been doing a lot of experiments on the DrawBridge Blog recently (http://draw-bridge.blogspot.com/) and as a result I felt more comfortable trying something a bit different."

Of the finished cover, Simon remarked "It's another Dante grinning with his arms folded cover, like the Army of Thieves & Whores cover I did last year. This might be turning into a theme..." Or maybe the character is getting some of his creators traits too - a confidence that can only come from someone at the very top of their game.

Thanks as ever to Simon, it's a beautifully designed cover with a brave style that really works. 'Spectacular' some would say...
Posted by Pete Wells at 14:25