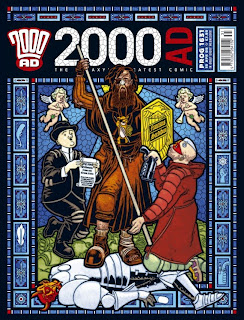 Happy Easter to both my readers! As a special, ecclesiastical treat, I offer the making of 2009's cover of the year as voted for by the members of the 2000AD message board. The genius that is D'Israeli contacted me last week as he'd just discovered the email I'd sent him notifying him that he'd won such a prestigious accolade! By way of an (unnecessary) apology he sent this wonderful step by step breakdown of how he made the cover. What a lovely guy!

Furthermore, D'Israeli says he was 'deeply touched' to win the best cover vote and is going to do a post on it on his wunder blog very soon!

Below we have "Roughs - based on a real stained glass window..." 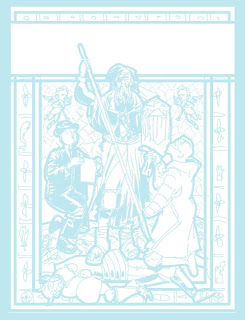 And next are the pencils... 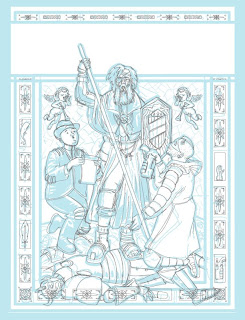 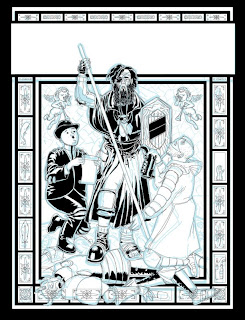 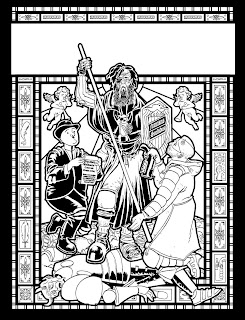 "Basic colour - pretty much before I add shading. I also pasted some stained glass pattern (made using a filter in Corel Painter) into the window panes." 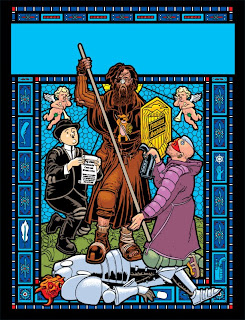 Shading - the startling green colour in the title band is to help 2000AD Designer Simon Parr to select and mask out the title block around the figure. 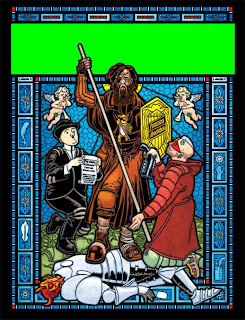 "Colours without the inks - note that none of the colours go much darker than a mid-grey, so as not to fight with the black lines..." 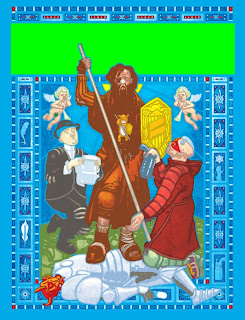 And finally the cover as it appeared on the newsstands.

Thank you so much to Matt for sending these. Remember, you can marvel at his best-in-the business-blog here.
Posted by Pete Wells at 14:20