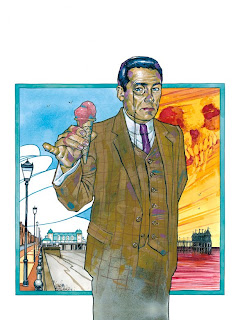 A double cover post this week to enable me to catch up after a hectic start to the year. Above we have the first cover of 2010, the wonderful Ampney Crucis Investigates by friend of the blog, Simon Davis. This story tells of an upper class gent who was driven insane by an otherworldly encounter in no man's land during World War One. Having partially recovered, Ampney is now in tune with elements not of this universe and together with his faithful butler Eddie Cromwell, investigates inexplicable goings on in our realm...

This is the second cover that Simon has painted for this character, the first is shown below. Again, Simon has stuck to that wonderful design and I look forward to seeing variations of it in future. 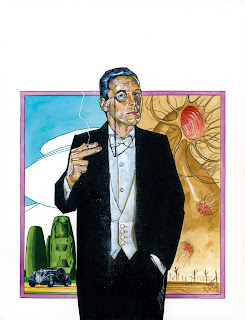 I couldn't resist putting the two images together, absolutely beautiful... 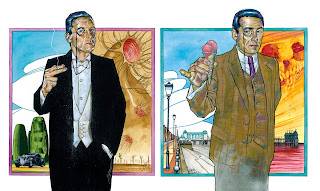 Idle Speculation! As we know, Simon is an award winning portrait artist. It has been noted that Eddie, the loyal butler, bears a striking resemblance to a certain artist. Could this really be a case of 'the butler did it?' 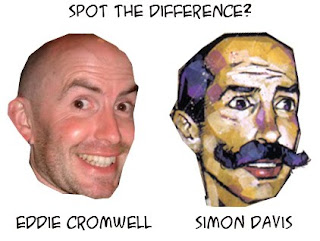 Coincidentally, this brings us to another encounter in no man's land, courtesy of the wonderful Karl Richardson. Karl provided this atmospheric cover for Prog 1668 which depicts Nikolai Dante and Tsar Vladimir the Conqueror in tense negotiations during the current story arc, Hero of the Revolution. Superb stuff! 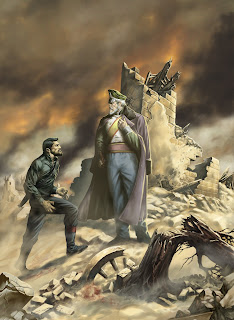 Finally, here is a 'sketch' that Karl kindly did for the 2000AD message board Advent Calendar. It's so good I had to include it on the blog! 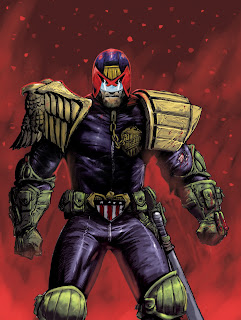 Thanks to Karl and Simon Parr for the images!
Posted by Pete Wells at 12:36