The 'Tony Lee Raise The Glass Award' goes to... 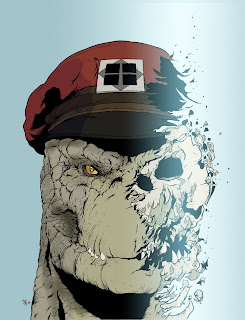 Jon Davis-Hunt! Here we have all of Jon's superb 2000AD and Megazine covers to date. Above we see an evil 'Snake' from the controversial Stalag 666 strip. Stalag was a refreshingly unpretentious tale of a POW camp in space, overtly using classic films such as 'The Great Escape' as its inspiration. However, one sad gluebag took such exception to the script that he sent a bag of poop to it's poor writer Tony Lee! Whatever anyone thought of the script, I'm sure everyone enjoyed the terrific artwork!

Below we see the inks for Jon's Dredd cover of Prog 1630 then his amazing computer coloured version, definitely one of Jon's strengths... 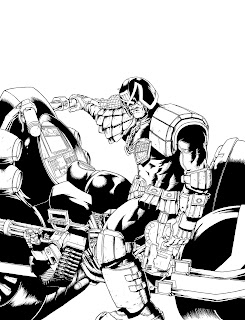 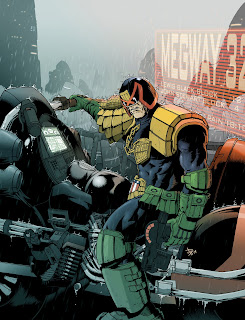 Finally, we have both covers from Jon's signature Megazine strip Tempest. This fantastic story, written by Al Ewing, ran in the Judge Dredd Megazine from issues 266 to 271 and showcased Jon's superb graphic style. The story followed Tempest, a renegade judge (or was he?) and conman Jonny Kierkegaard Largely through an adventure in the creepy Undercity beneath Mega City One. Jon was able to thrill us with plagues of rabid rats, zombies with monitors for heads and, of course, tribes of hungry Troggies! Jon is currently hard at work on the sequel to Tempest and I for one can't wait! 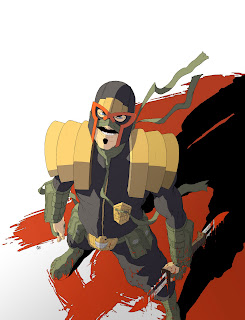 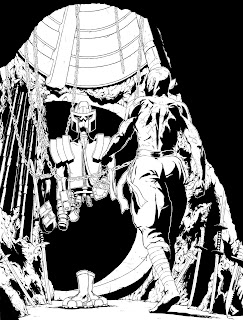 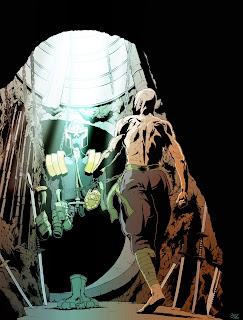